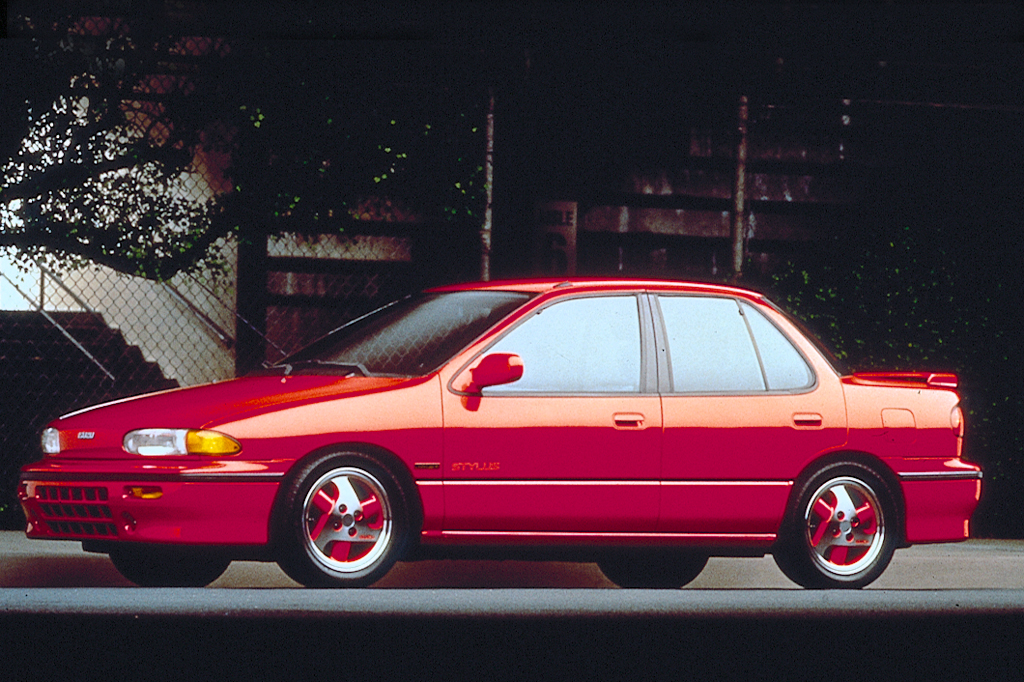 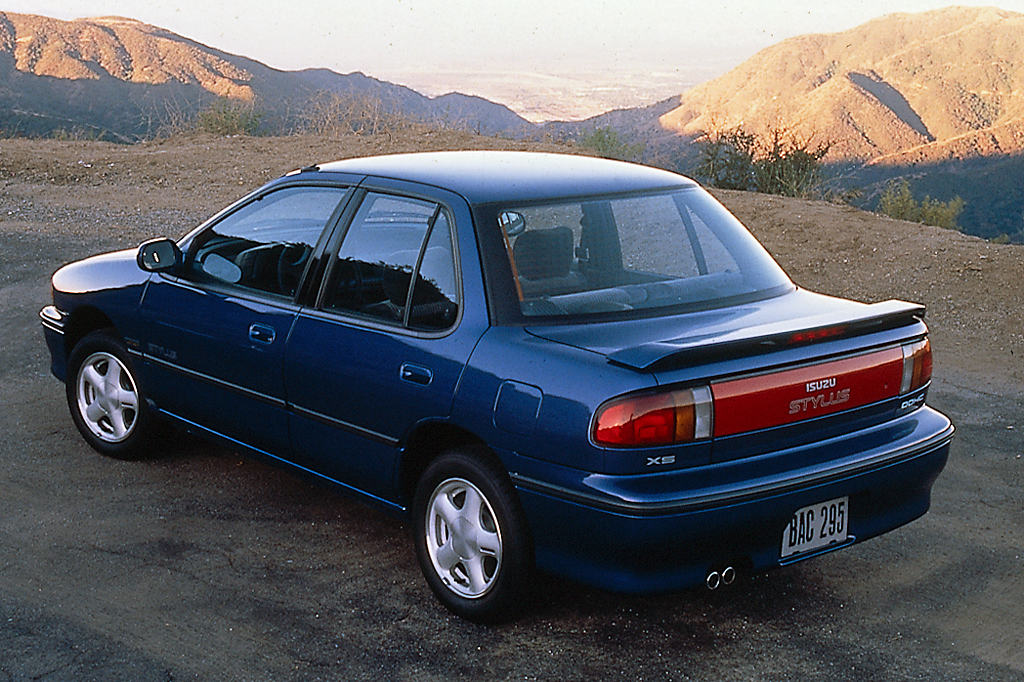 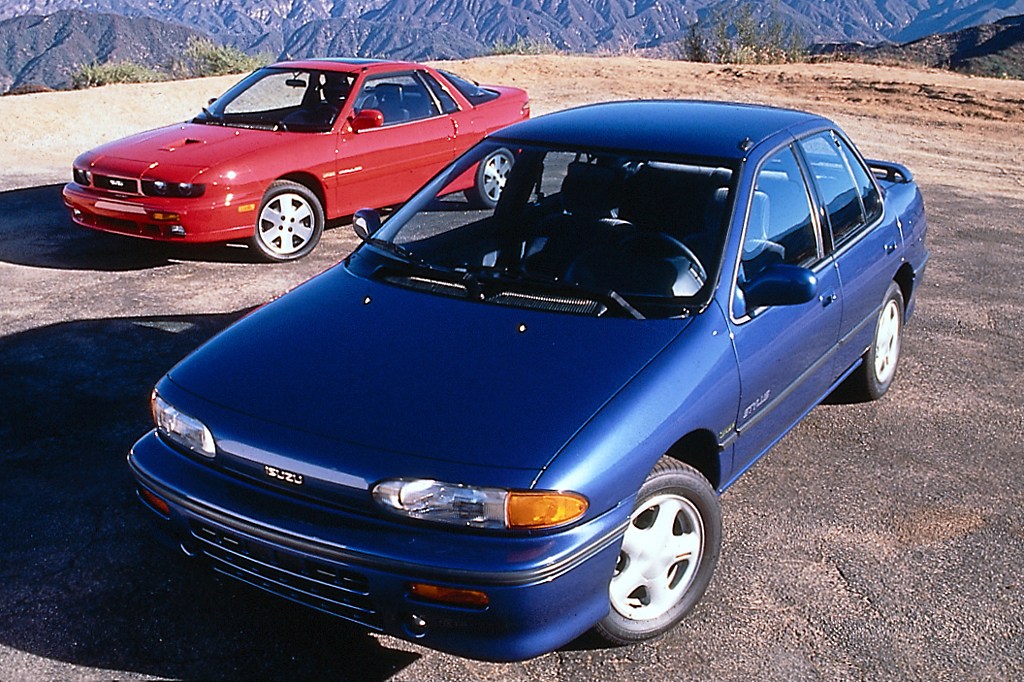 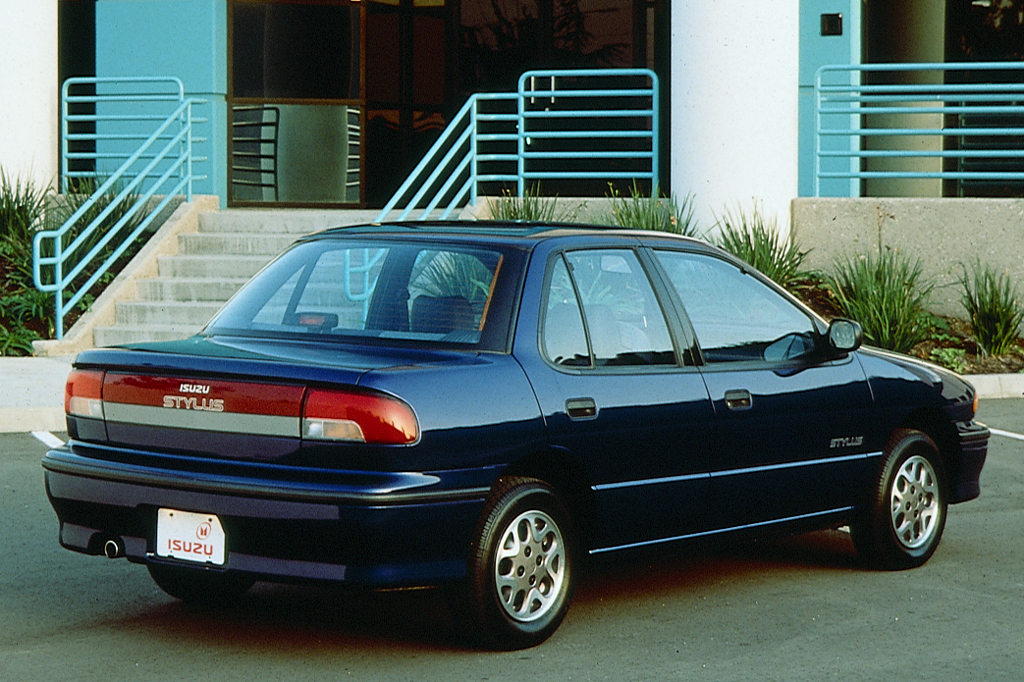 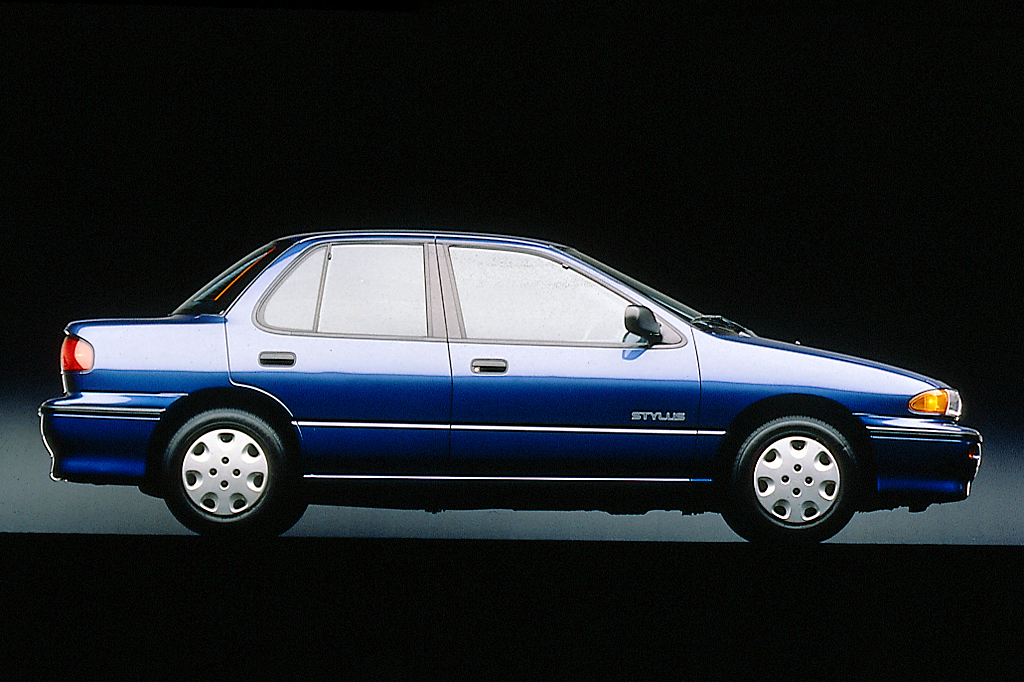 All told, there was little to set the Stylus apart from its competitors when it was new. The same is true today. Though better than Isuzu models of the 1980s, Stylus did not reach the level of the best competitors of its time.

Replacing the old I-Mark, Isuzu’s subcompact Stylus sedan arrived in late spring of 1990, as a late ’90 model. In the same year, Isuzu launched a sporty Impulse coupe, built on the same front-drive chassis. A 95-horsepower, 1.6-liter 4 cylinder engine went into the base S model, with either 5-speed manual shift or a 3-speed automatic transmission. Stepping up to the XS sedan brought a 125 horsepower dual-overhead-cam engine, as in the Impulse coupe. Only manual shift was offered in the XS. The Stylus S sedan had 13-inch tires, standard manual steering, and front-disc/rear-drum brakes. Power steering, all-disc brakes, 14-inch tires and a firmer Lotus-tuned suspension went into the XS sedan.

In 1990-91, both models had 1.6-liter engines: 95 horsepower for the Stylus S, and 125 horsepower from the dual-cam version in the Stylus XS. A bigger (1.8 liter) and more-powerful 4-cylinder went into the XS version for 1992, but lasted only a single season. A 3-speed automatic transmission could replace the standard 5-speed manual gearbox with the 95-horsepower engine. Four-speed automatic was the optional choice with the 1.8-liter engine of 1992.

Their front-drive chassis might have been shared, but the Stylus sedan and the Impulse coupe were very different automobiles. Both suffered from insufficient low-end torque. Road and engine noise are bothersome, as is exhaust noise at high engine rpm.

The basic 95-horsepower engine is, quite simply, woefully short on power–especially with the 3-speed automatic transmission. It struggles to maintain speed on hills, though standing-start acceleration isn’t bad. We managed a respectable 12.4 seconds to 60 mph. Fuel economy is competitive, as our test Stylus achieved better than 24 mpg overall. An overdrive fourth gear for the automatic transmission would be needed to yield quieter highway running and better gas mileage.

The larger 1.8-liter engine introduced for 1992 offers the low- and mid-range torque that had been lacking in the 1.6-liter, so you don’t have to rev above 4000 rpm to get at the usable power. Better yet, the added horsepower was not accompanied by undue torque steer–an undesirable condition in which the front tires of some powerful front drive cars are jerked to the side during hard acceleration.

In braking tests, a Stylus suffered abrupt rear-wheel lockup as well as disturbing front-end clunks and groans. Not the sort of thing one likes to hear when the need to halt is urgent.