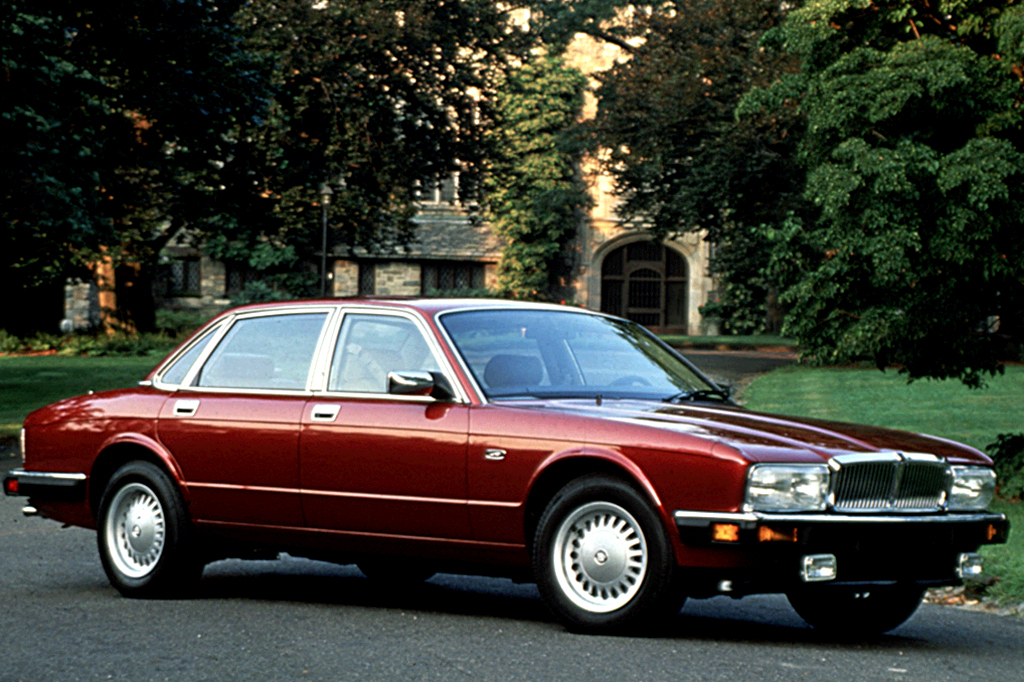 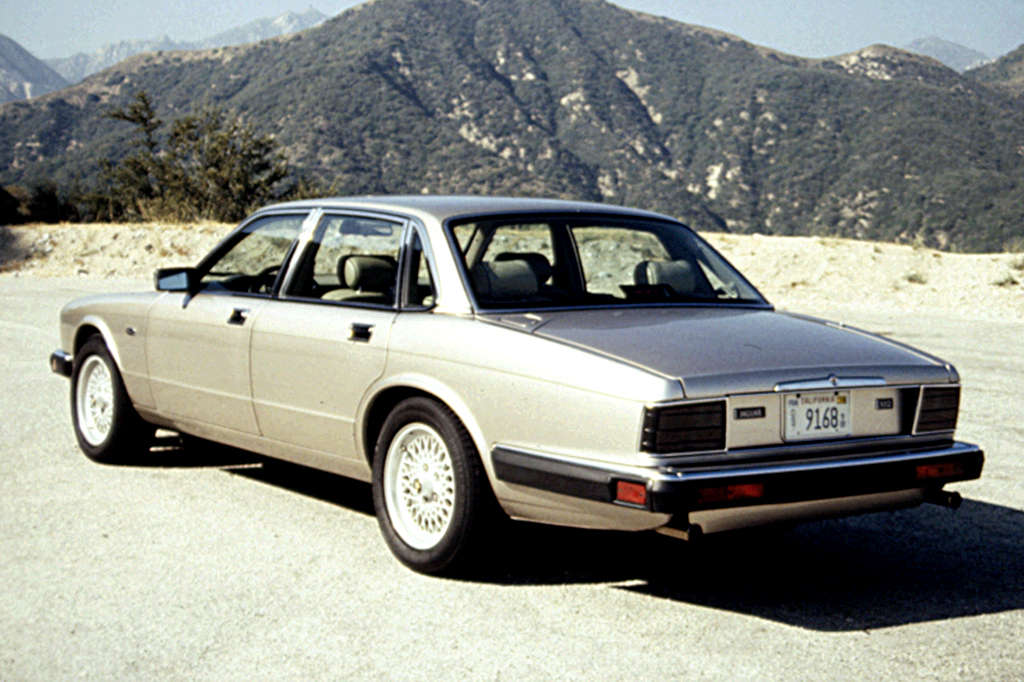 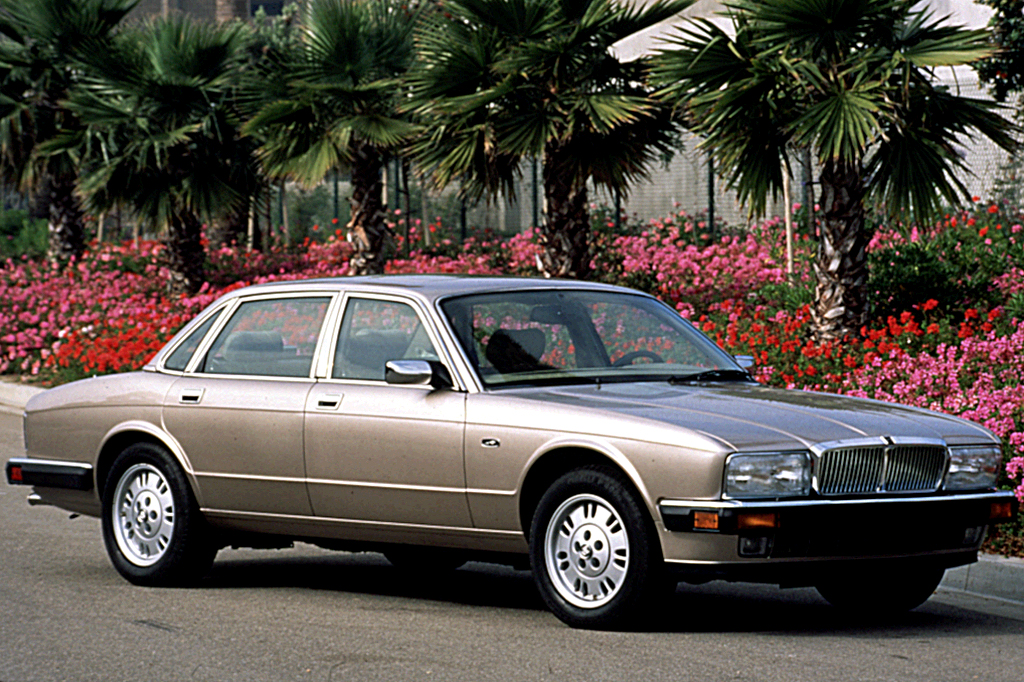 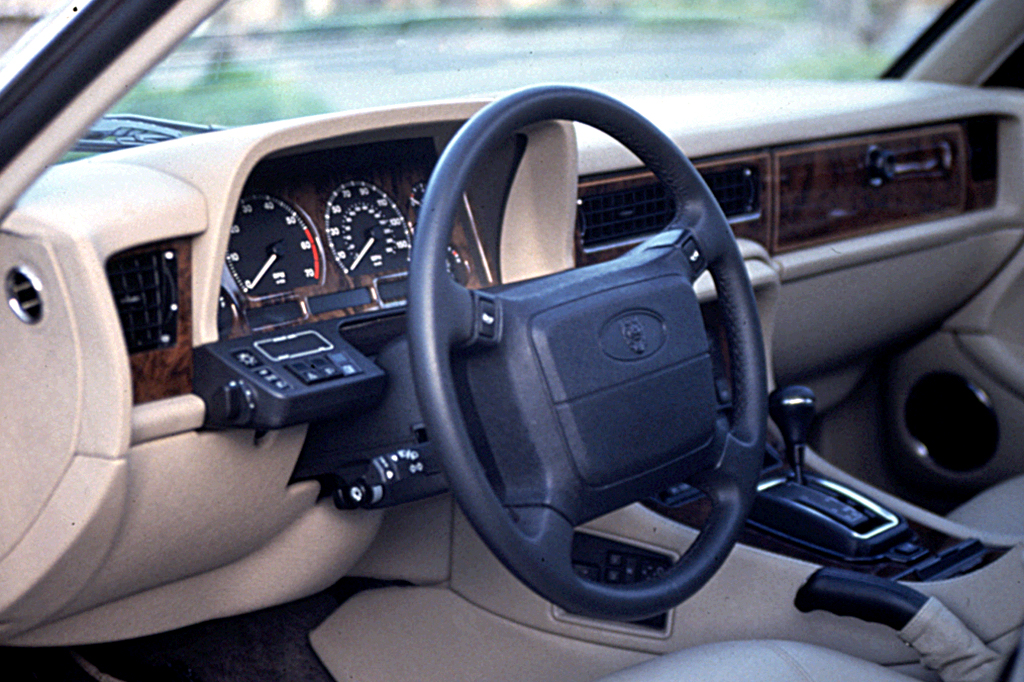 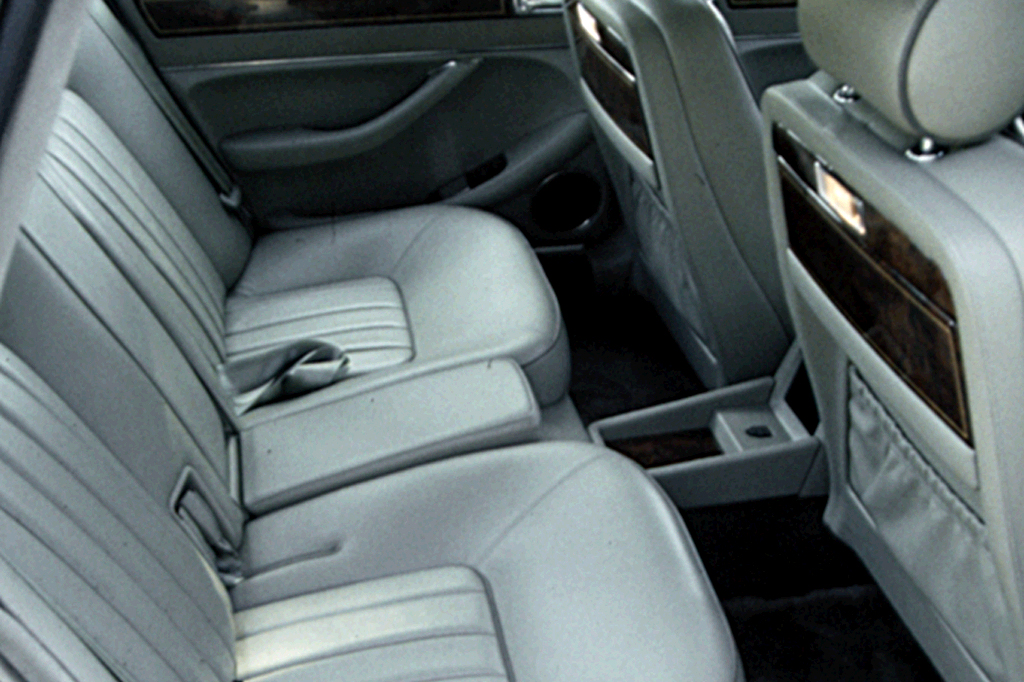 Though smooth and competent, Jaguars offer no tangible advantages over rivals in the same price class. In fact, they lag behind most luxury automobiles in performance and value.

In spring 1987, the British firm turned out its first new sedan in two decades. Offered in base or elegant Vanden Plas trim, complete with such traditional comforts as fold-down burl walnut picnic tables, the new models rode the same 113-inch wheelbase as before. However, the restyled 4-doors were 3.2 inches shorter, 9.3 inches wider, and 1.5 inches taller. By 1990, a 4.0-liter inline six-cylinder engine and 4-speed automatic transmission was the only powertrain. In addition to the XJ6 and Vanden Plas, the lineup now included a Sovereign sedan and a Vanden Plas Majestic. all had motorized front shoulder belts, manual lap belts, and 4-wheel-disc antilock brakes.

The 6-cylinder engine is smooth as can be, and passing ability is fine. Despite the V12 version’s power advantage, it’s too heavy to show any benefits over the newer, much lighter 6-cylinder engine. A test XJ12 sedan did 0-60 mph in 7.7 seconds, which was just 0.2-second quicker than an XJ6. Gas mileage was just about the same, too: in the dismal 15-mpg neighborhood.

Sedans do uphold the Jaguar tradition of a velvet ride and quiet cruising.

Twisty 2-lanes reveal capable handling, with only modest body lean. Brakes are terrific, with short and true stopping distances. But, passenger room isn’t the best. Cozy cabins have been a Jaguar hallmark, so don’t expect as much interior space as the outside dimensions might suggest. Also, the dashboard has small gauges and hard-to-understand controls.