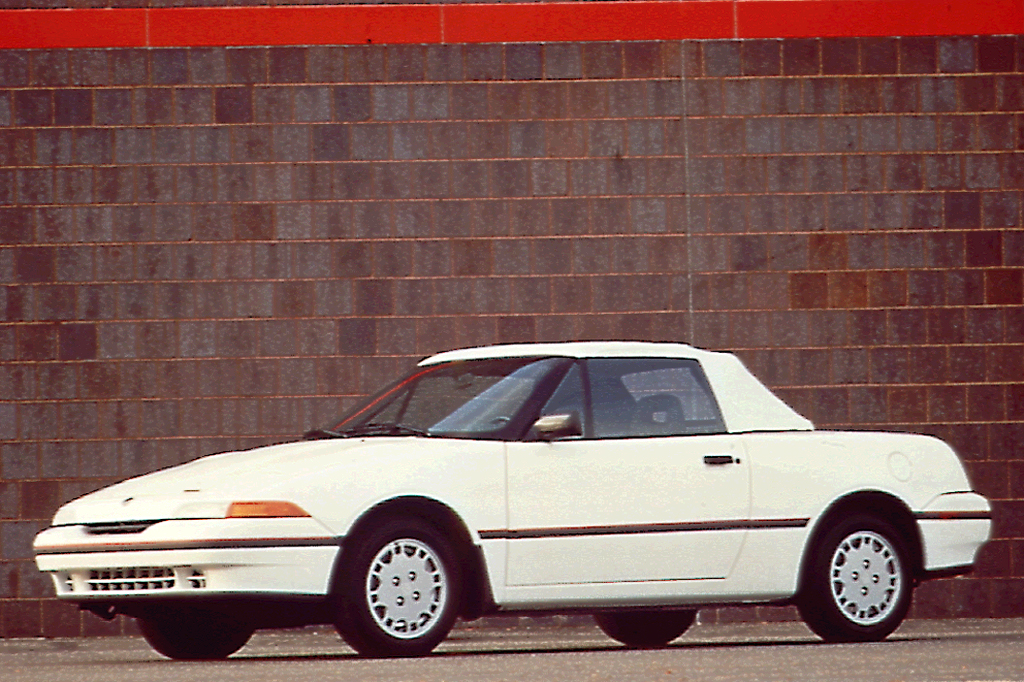 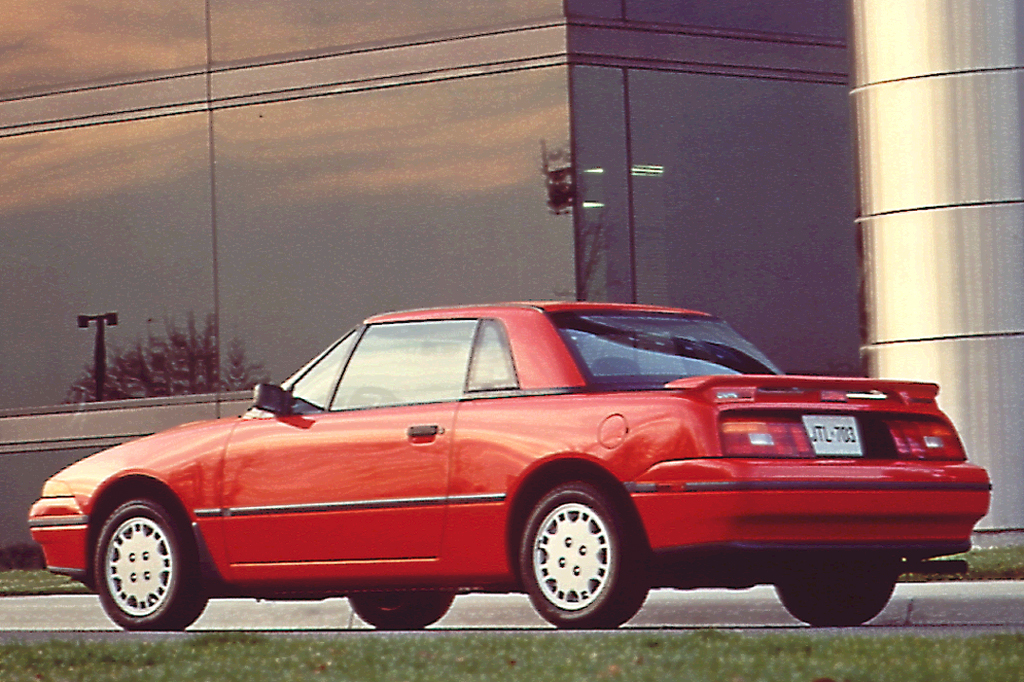 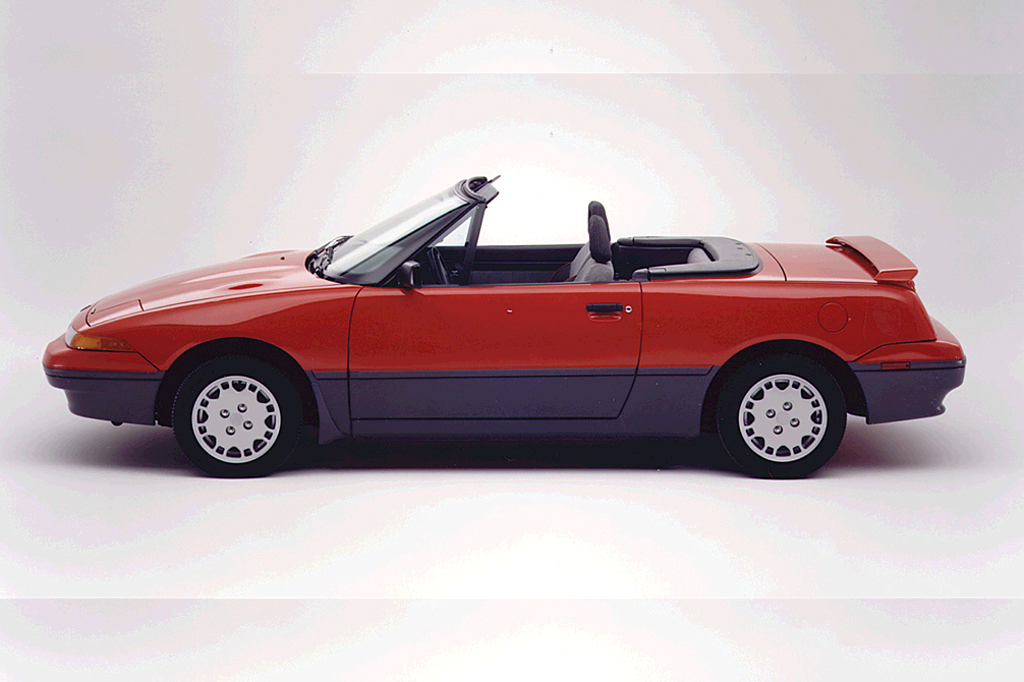 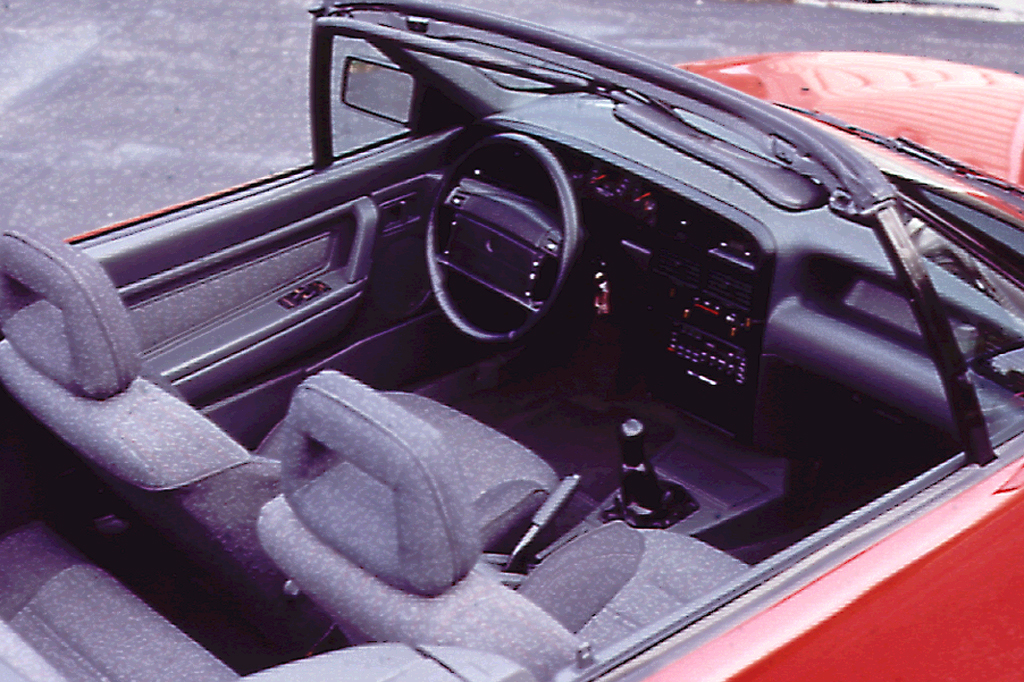 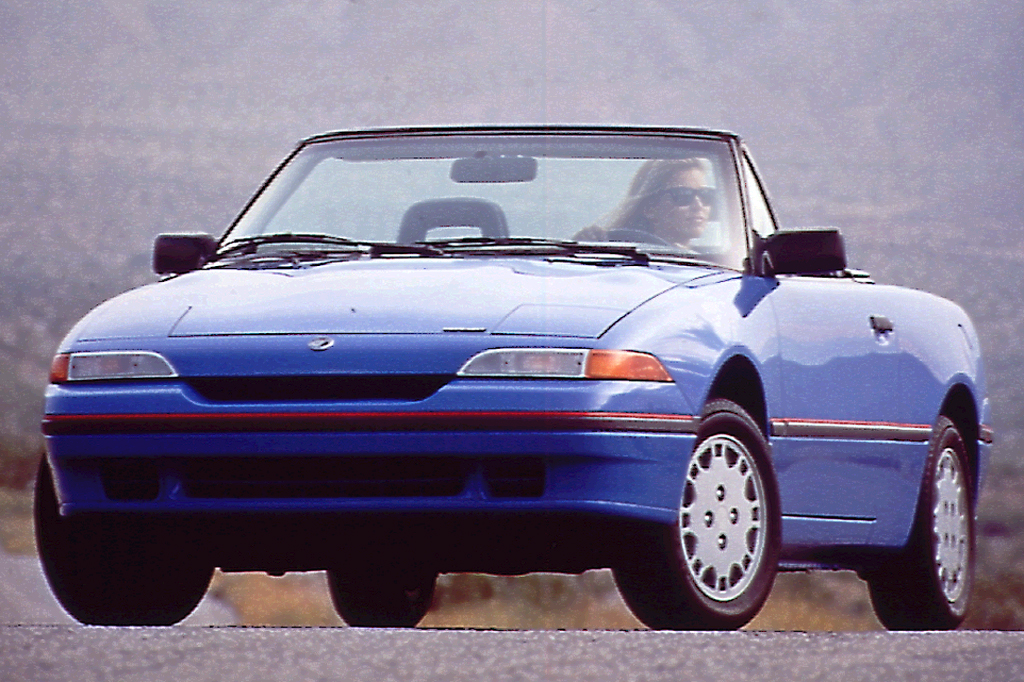 All convertibles are beset with compromises, and Capri has its share. But if the price is right, it might not be a bad buy for fun-in-the-sun motoring.

Ford of Australia produced this front-drive 4-seat convertible, launched in the summer of 1990 with major components borrowed from the prior-generation Mazda 323. A 100-horsepower, 1.6-liter dual-cam 4-cylinder engine drove base Capris. The sportier XR2 used a 132-horsepower turbocharged variant. A 5-speed manual transmission was standard with either engine; 4-speed automatic optional, but only for base models. All Capris got a driver-side airbag, power steering, all-disc brakes, and fully independent suspension. Antilock braking was not available. An optional lift-off steel hardtop contained interior lights and an electric rear-window defroster.

Both 4-cylinder engines displaced 1.6 liters and featured dual-overhead cams, but the turbocharged version installed in the XR2 produced 32 more horsepower and an extra 41 pound-feet of torque. Five-speed manual shift was standard, and only the base model could be equipped with a 4-speed automatic transmission, as an option.

Acceleration is adequate with the base engine and a lot quicker with the turbocharged XR2. Sadly, the latter suffers from turbo lag and moderate “torque steer.” Shift action with the 5-speed manual transmission is quick and sure, though short gearing makes both engines buzzy.

Capri is nimble, though the nose will plow through a turn if you take it too fast. Handling cannot approach a Miata or Toyota’s MR2, but front-wheel drive makes it easier to handle in tricky situations. The new sport suspension for the ’94 XR2 sharpened its reflexes markedly. Noise levels are high whether the top is up or down.

Tiny it is, but Capris do have a rear seat. All it amounts to, though, is a padded parcel shelf with a hard-upright backrest and very little leg room. Even small children are likely to be uncomfortable. Otherwise, the Capri’s cabin is surprisingly wide and front-seat room is good. The interior has a rather high beltline and the driver faces a tall cowl. Instruments and controls are neatly arranged, on a dashboard that’s straightforward but stodgy. A Capri’s trunk can stow grocery bags standing up, and might hold a weekend’s worth of luggage for a couple. With the convertible top up, you endure large blind spots to rear corners. Also, the plastic back window is prone to scratches and wrinkles.