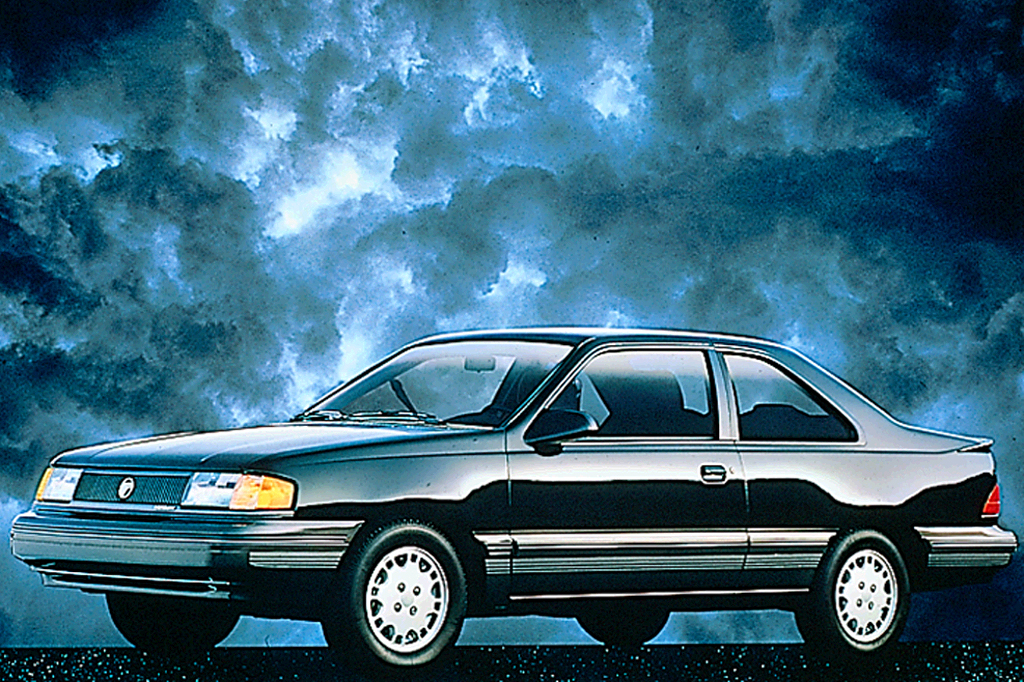 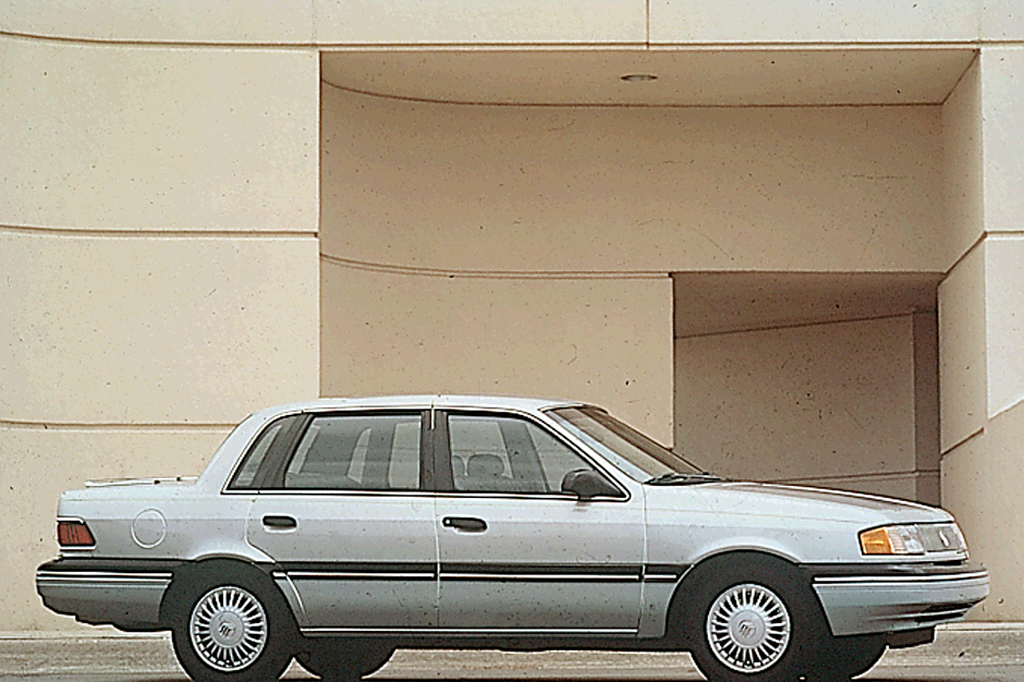 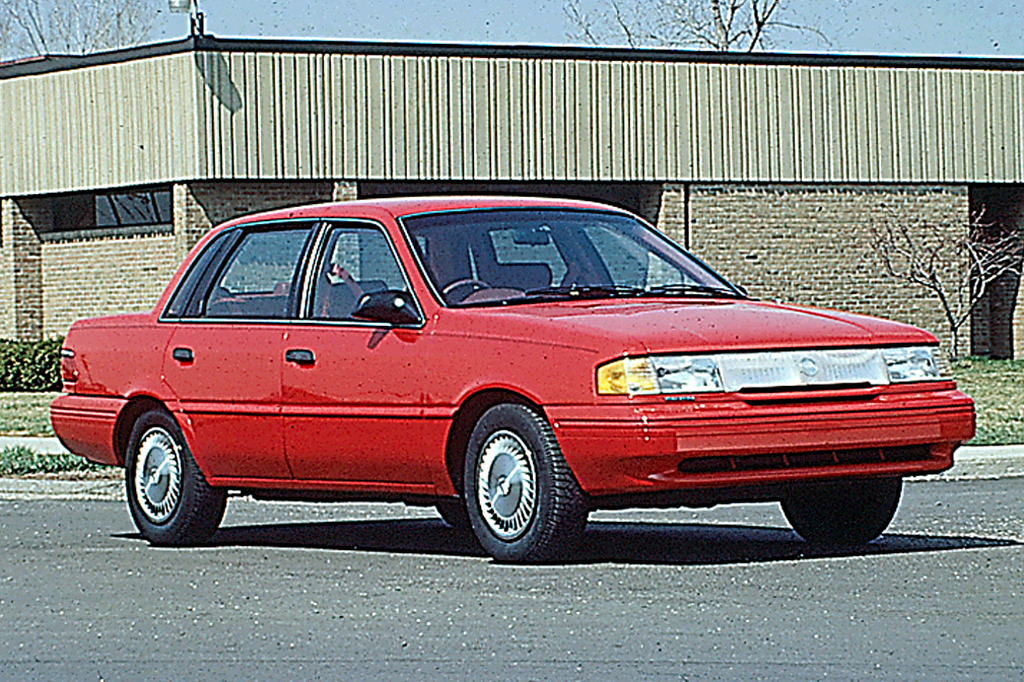 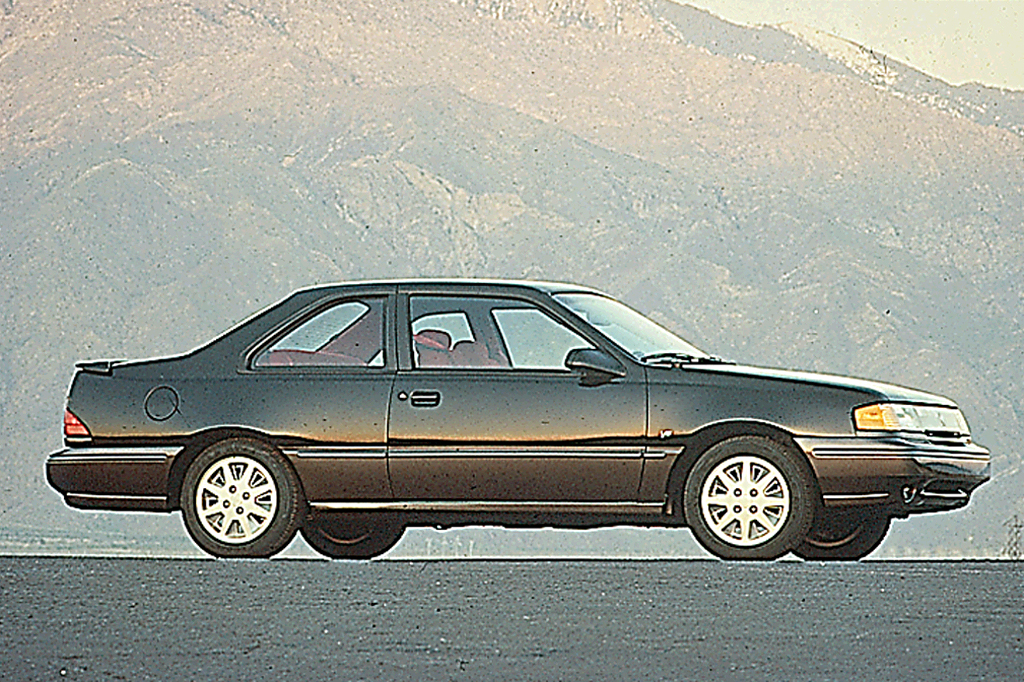 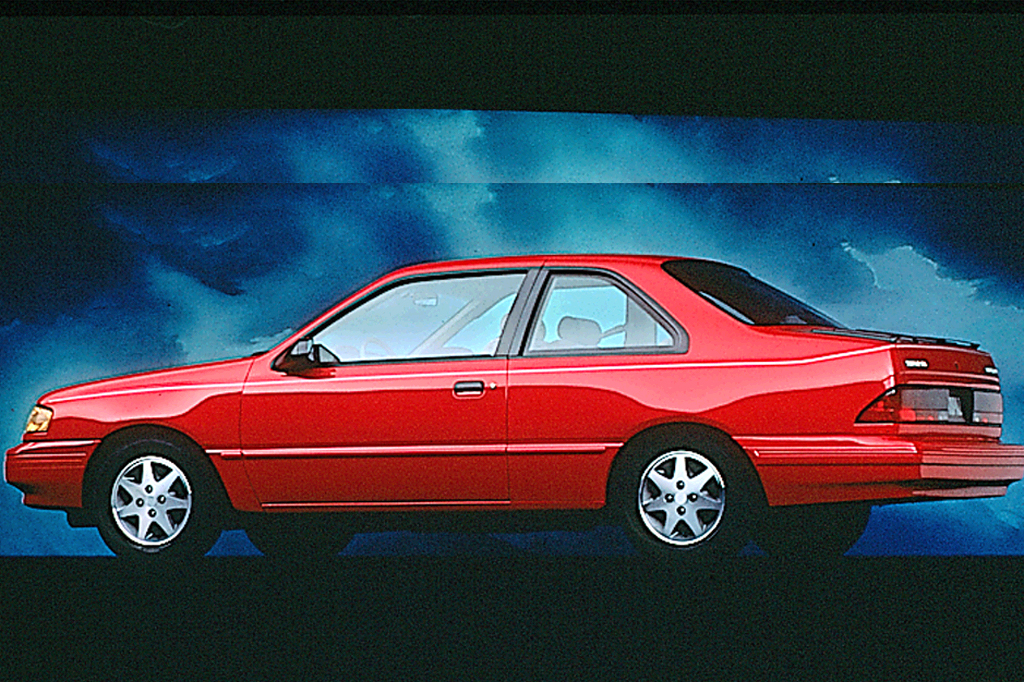 Frankly, the Topaz has no outstanding features and lacks the refinement and overall polish of import rivals like the Nissan Stanza, Mazda 626, Subaru Legacy, and even the Chevy Corsica and Beretta.

The Mercury Topaz and similar Ford Tempo arrived in 1986. Powerplants included a 2.3-liter overhead-valve 4-cylinder and a so-called “High Output” version of the same engine that raised horsepower from 98 to an even 100. A 5-speed manual transmission was standard, while a 3-speed automatic was optional. Motorized automatic shoulder belts were standard for driver and passenger alike. However, a driver-side airbag was on the option list. Topaz came in both 2-door and 4-door versions. The 1990 GS and LS models could also be ordered with a part-time 4-wheel-drive system.

For 1990 and 1991, the Mercury Topaz comes with two versions of the same 2.3-liter 4-cylinder. The base unit delivers 98 horsepower at 4400 rpm and 124 pound-feet of torque at 2200 rpm. The High Output version of the engine, standard on highline XR5, LTS, and 4WD models is rated at 100 horsepower at 4400 rpm and 130 pound-feet of torque at 2600 rpm. For 1992, Ford supplies the Topaz with its first V6 in an effort to make it more competitive with rival products from GM and Chrysler. The V6 is the 3.0-liter unit Ford uses in the Taurus, Sable, and Probe. It comes standard on LTS and XR5 models, optional on the others. For 1993 and 1994, the V6 is optional on the GS, which is the only model offered. For 1992, both GS and LS versions come with the 2.3-liter 4-cylinder, which adds multipoint fuel injection for better fuel economy. Power output drops slightly in the process, to 96 versus 98 horsepower. When tuned for the Topaz, the V6 provides 135 horsepower (rather than 140) and 150 pound-feet of torque.

The instruments are presented well and the controls work smoothly. Front-seat space is good and the rear will hold two medium-size adults in relative comfort. Expect the trunk to hold no more than three large suitcases, which is about standard for the class. The ride is not particularly absorbent, but overall comfort in the Topaz is adequate.

The standard 4-cylinder engines tend to be harsh, noisy, and anemic. The V6 added in 1992 helped invigorate the Topaz immeasurably, even when paired with the automatic. Speaking of which, that unit is an ill-mannered 3-speed, which tends to upshift too soon and hesitates before downshifting. Handling is about average overall. Braking is mediocre, and antilock brakes were never offered on the Topaz/Tempo twins.