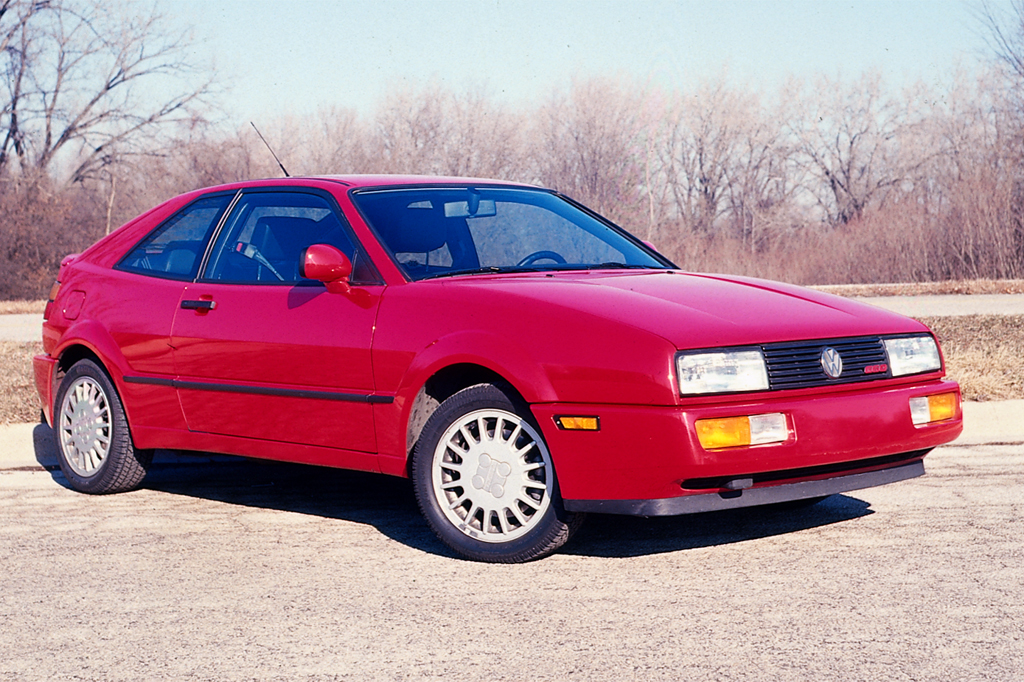 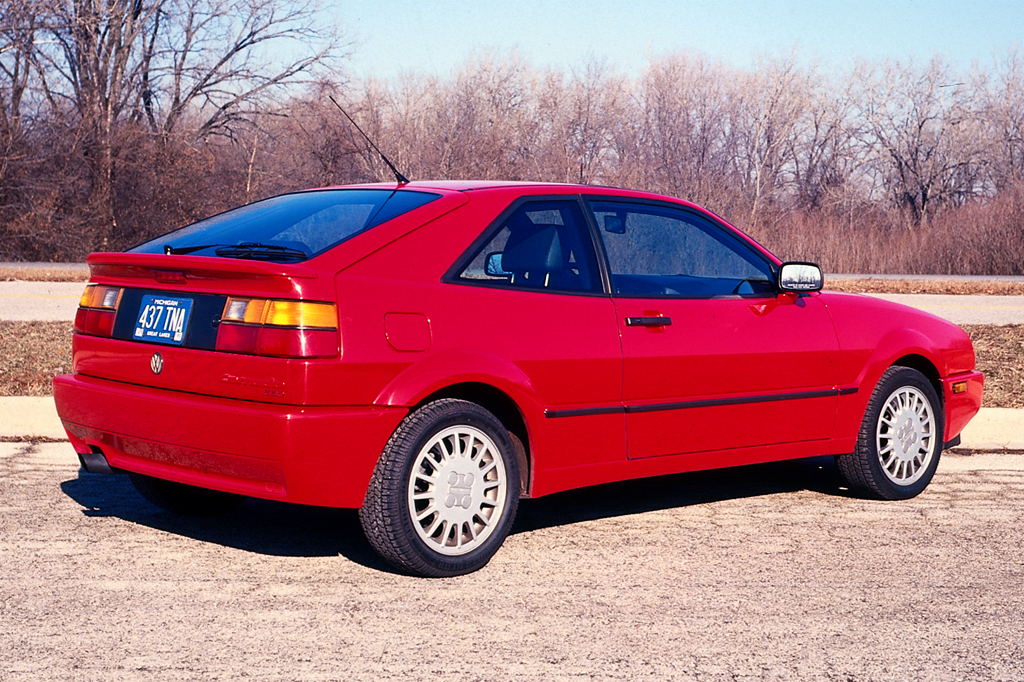 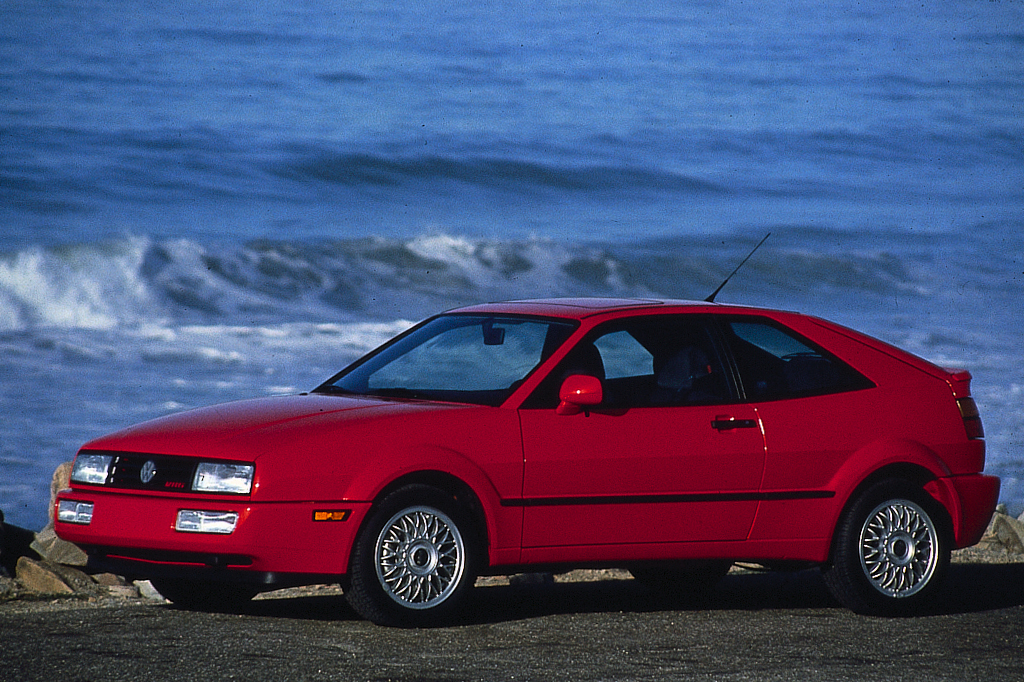 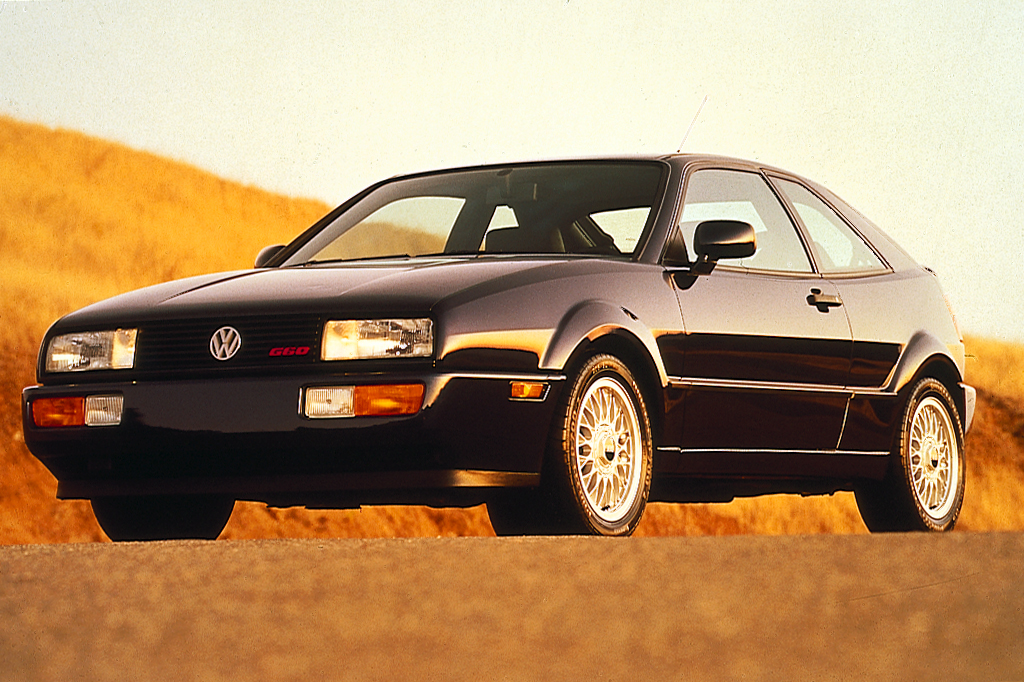 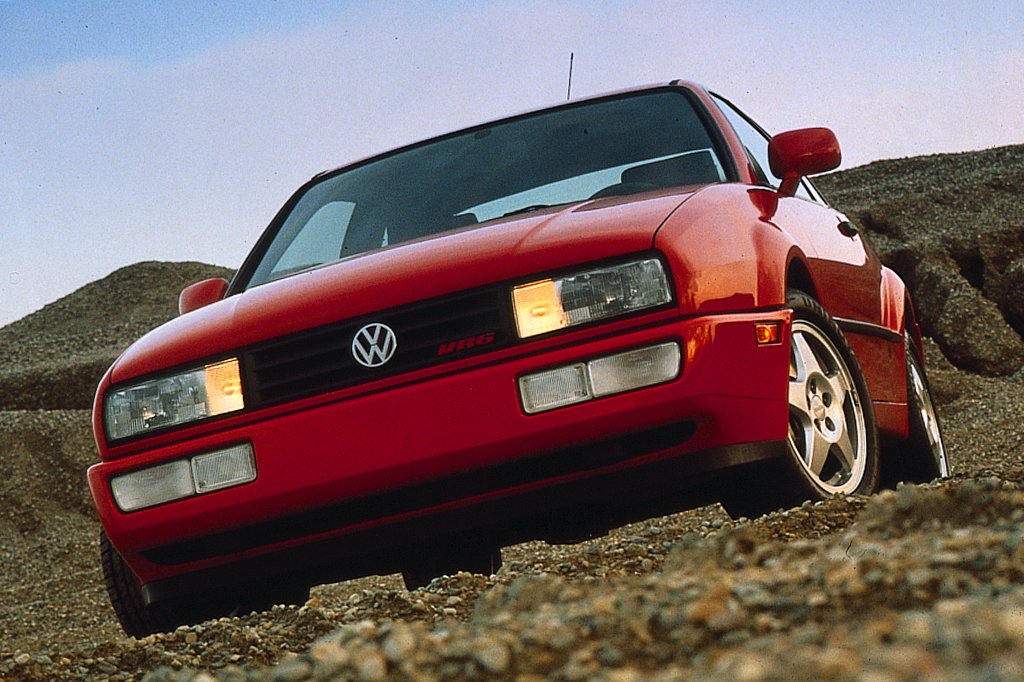 Corrado is fun to drive on winding roads, but so are the stylish Mazda MX-6 and Ford Probe. Rather expensive when new, Corrado was well equipped and relatively practical for a sport coupe–but not a good value. Similar money can buy better performance. Still, a lot of early-VW fans swear by these “driver’s” coupes.

Volkswagen launched its front-drive, hatchback sports car for 1990, in a single Corrado G60 price series with a supercharged version of the 4-cylinder engine used in the Golf/Jetta. Billed as Volkswagen’s “first full-blooded sports car,” Corrado succeeded the Scirocco, which left VW’s lineup after 1988.

The 1.8-liter supercharged engine produced 158 horsepower, driving a 5-speed manual transmission. Automatic was not available in the Corrado’s opening season. Dubbed “G-Charger,” the engine had a crankshaft-driven supercharger shaped like the letter G.

A supercharged 4-cylinder engine powered all early Corrados, producing 158 horsepower. During 1992, Volkswagen switched to a 2.8-liter narrow-angle V6, making 178 horsepower. Only a 5-speed manual transmission was offered in 1990, but subsequent Corrados could have an optional 4-speed automatic.

As a rule, superchargers make power available more quickly at lower engine speeds, but the early Corrado does not really show its muscle until 3000 rpm or so. That makes it feel weak off-the-line, and a bit tardy when a surge of power is needed around town. Highway response, however, is outstanding. Volkswagen claimed 0-60 mph acceleration time of 7.5 seconds with a 5-speed and 7.7 for automatic, though both figures appeared optimistic. High weight kept fuel economy down, and the engine demanded premium fuel.

With the V6, Corrado became the sports car that it should have been from the start. Strong at low speeds, the V6 stays robust as revs rise, with no untoward rush of power. A Corrado averaged 20.3 mpg in hard city/highway driving.

Volkswagen’s manual transmission suffers from long shift throws, and early versions could be obstructive. Corrado’s ride is firm, but not harsh, and even more absorbent in its 1993-94 form. A taut suspension provides excellent balance in turns, checks undue body lean, and combines with grippy tires for one of the best-handling front-drive cars of its vintage on the road. Power steering is fluid, quick, and properly boosted. The solid structure minimizes rough-road shakes and rattles. Ergonomics are appealing and workmanship is thorough. Road noise is abundant, though the V6 is fairly quiet.

Front seats are supportive without being confining, though on the firm side. Front head room is adequate, with generous leg room. The rear seat has more room than most sport coupes, but is still too small for adults, except on short trips. Cargo space is ample.

Gauges and controls present no difficulties. Rearward visibility is impaired by a high tail and a rear spoiler that deploys automatically.