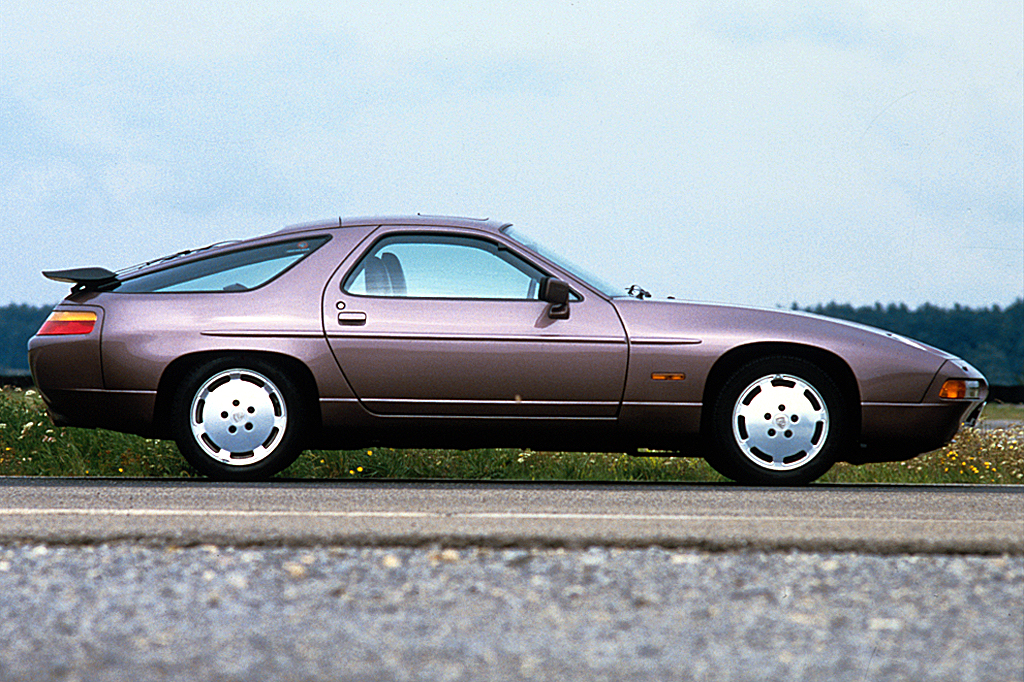 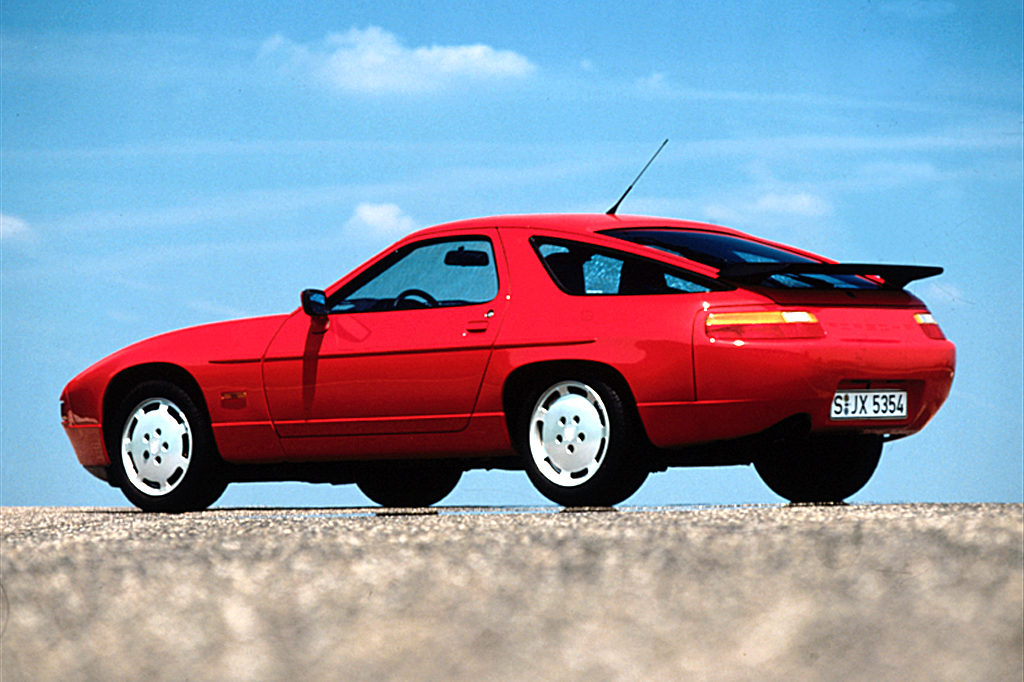 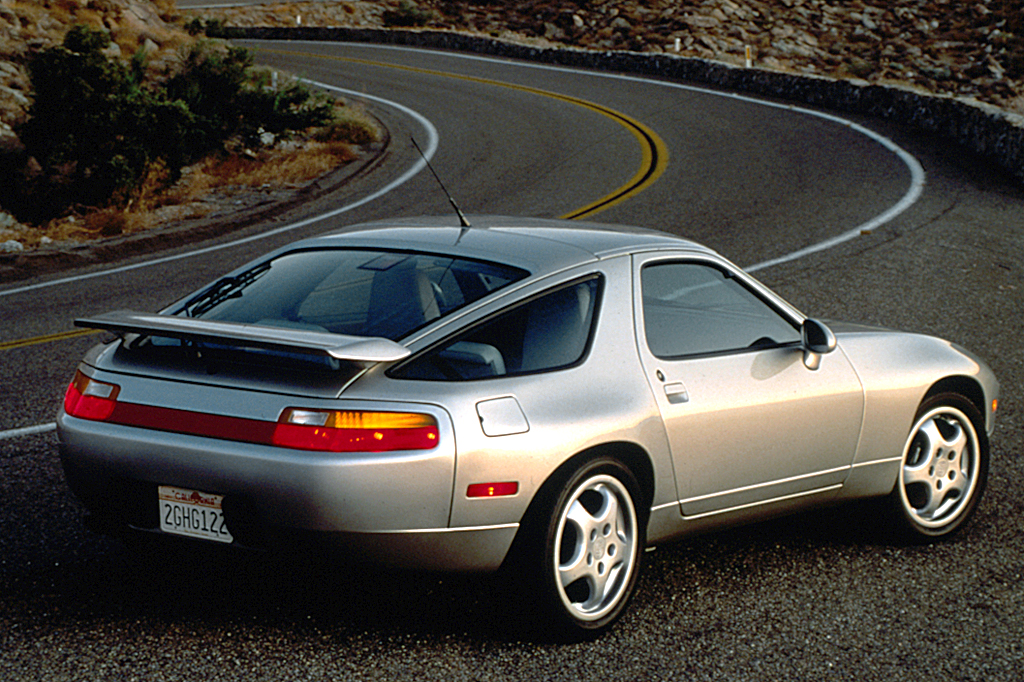 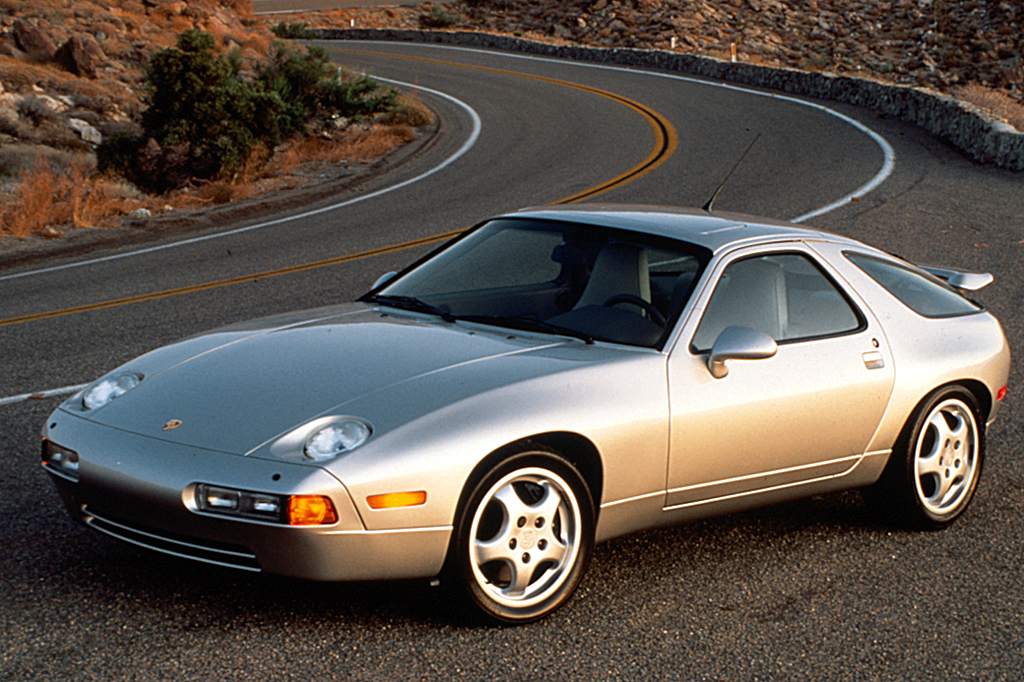 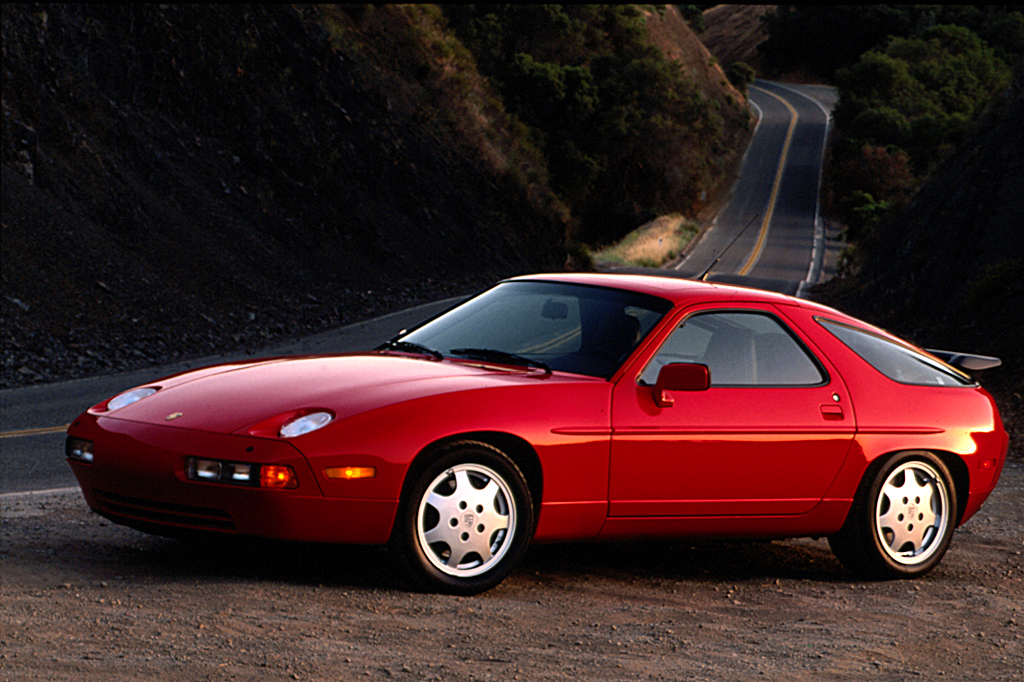 First seen at the Geneva (Switzerland) auto show way back in 1977, Porsche’s “flagship” model gained dual airbags, a limited-slip rear differential, and a tire-pressure monitor for 1990. This year’s change made Porsche the first manufacturer to offer standard airbags for both the driver and the front passenger. Porsche considered the 928 to be its Premier Grand Touring automobile, promoting its exclusive Weissach rear suspension as an enhancement to stability.

The luxury/sports 2+2 hatchback coupe was powered by a front-mounted V8 engine, unlike the rear-engined 911 series. With a 5-speed manual transmission, the 5.0-liter, 32-valve dual-cam aluminum-alloy V8 developed 326 horsepower; but with 4-speed automatic, output dipped by 10, to 316 horsepower. Model designations were 928 GT with manual shift, and 928 S4 with automatic.

Antilock braking had been standard since 1986. The new limited-slip differential automatically transferred more torque to the wheel with the most traction, based on wheel speed, slippage, and lateral acceleration. The tire-pressure monitor alerted the driver if any tire dropped below a preset level.

Buyers of a 928 get to drive the most luxurious Porsche of its time, with the bonus of all the usual performance ingredients that have made the German sports-car maker legendary. In addition, the 928 driver does not have to face the tricky behavior for which the rear-engined 911 series was noted. With its muscular V8 mounted up front, the 928’s back end is not nearly as likely to skid sideways in demanding turns, like a 911 might.

That doesn’t mean a 928 can be driven idly. Porsche has never built boulevard sports cars, remember. Its craftsmen basically build racing cars for competition purposes, and then modify those cars for street use. Therefore, driving skill is needed to take full advantage of the 928’s strengths, and do so safely. A session or two at a high-performance school would be a wise investment, in more ways than one.

Beyond more controllable road behavior you get considerably more power than a comparable 911, with its flat 6-cylinder engine, would offer. Those extra horses translate to higher top speed and even stronger acceleration. Porsche claimed that a manual-shift 928 GTS would accelerate to 60 mph in 5.5 seconds, and that an automatic transmission knocked only a tenth of a second off that figure.

On the down side, most 928 coupes were subject to a federal gas-guzzler tax, so don’t expect too much in the way of fuel economy. Then again, so were the 911s.

As a bonus, however, the 928’s longer wheelbase yields greater space in the back seat than the severely cramped 911. Both cars are 2+2 coupes, though, and not serious 4-seaters.