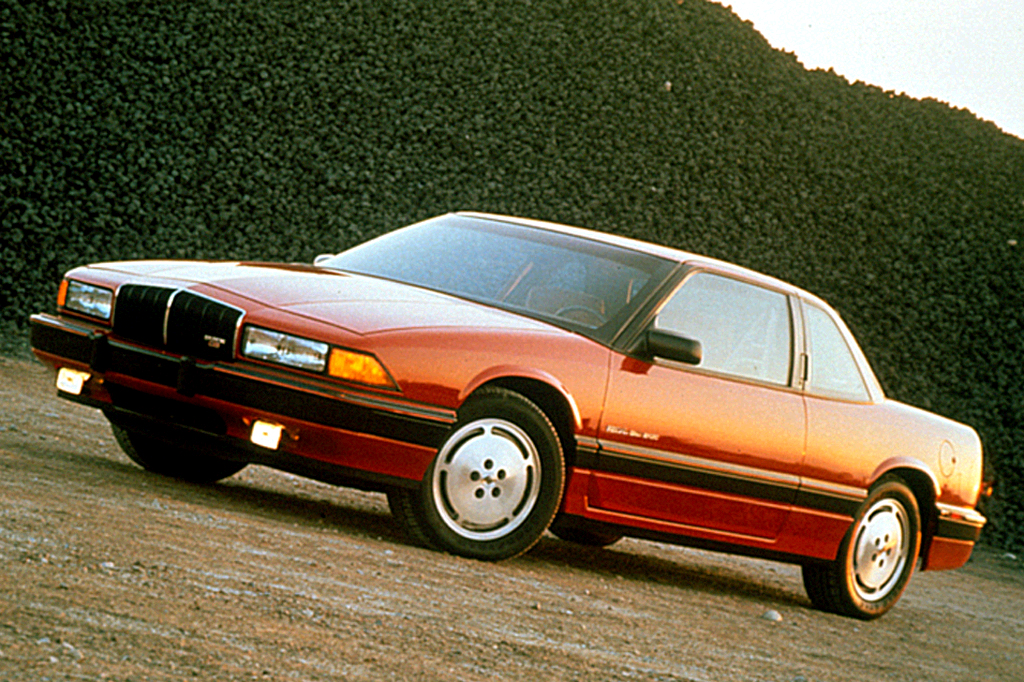 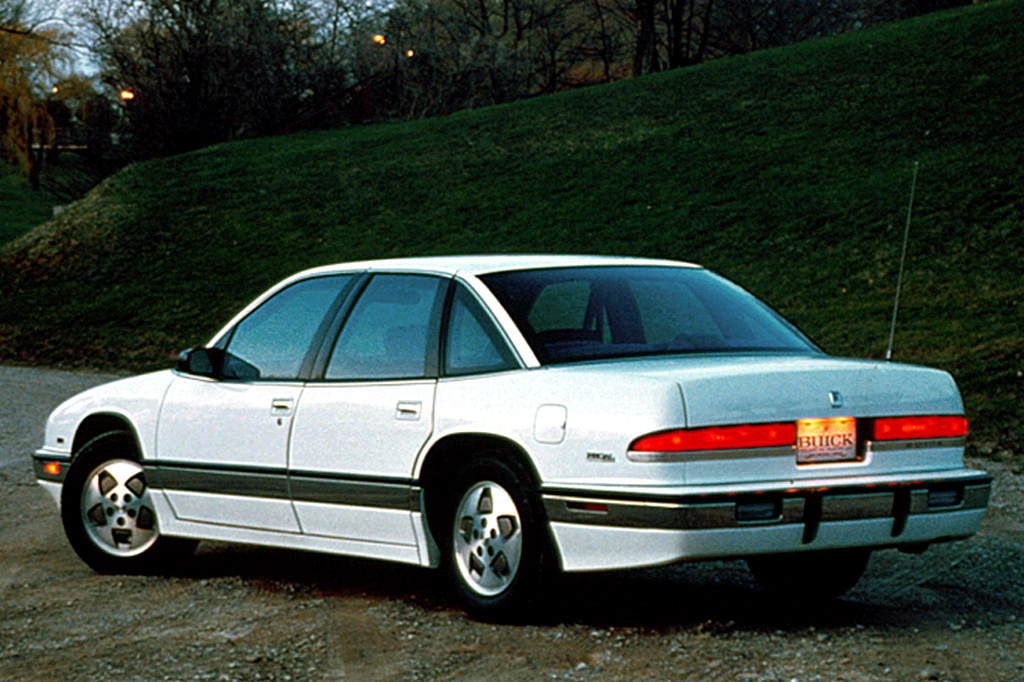 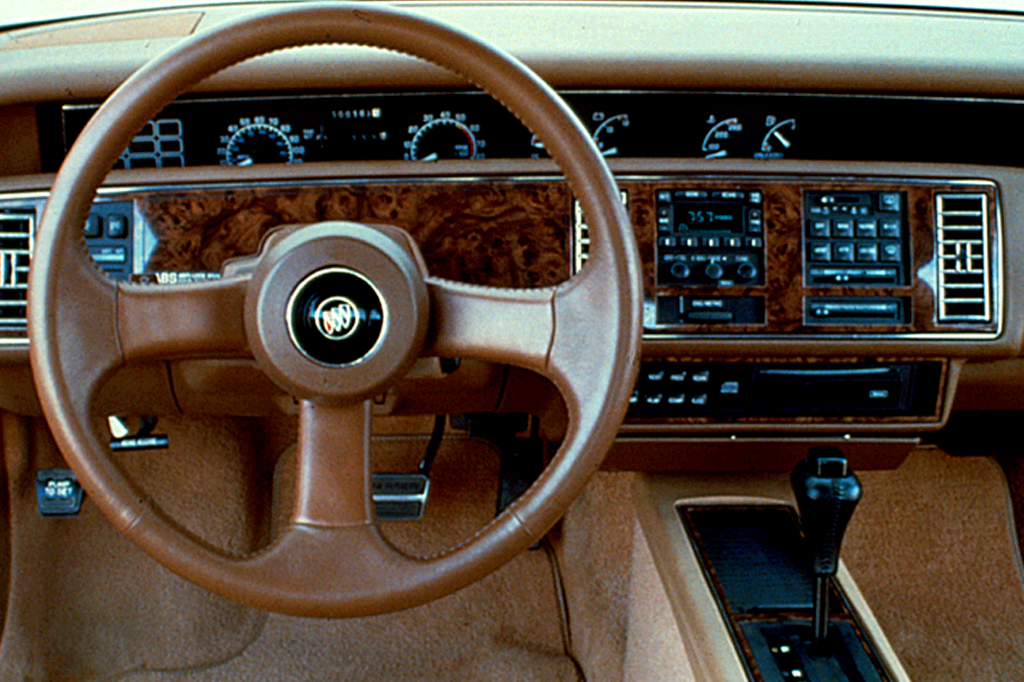 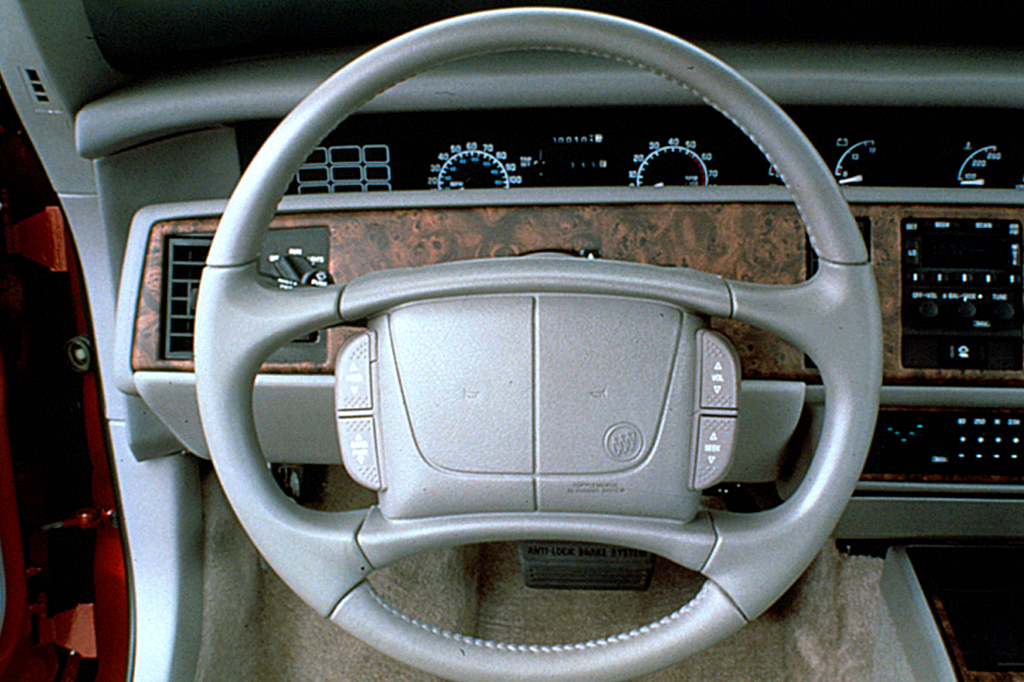 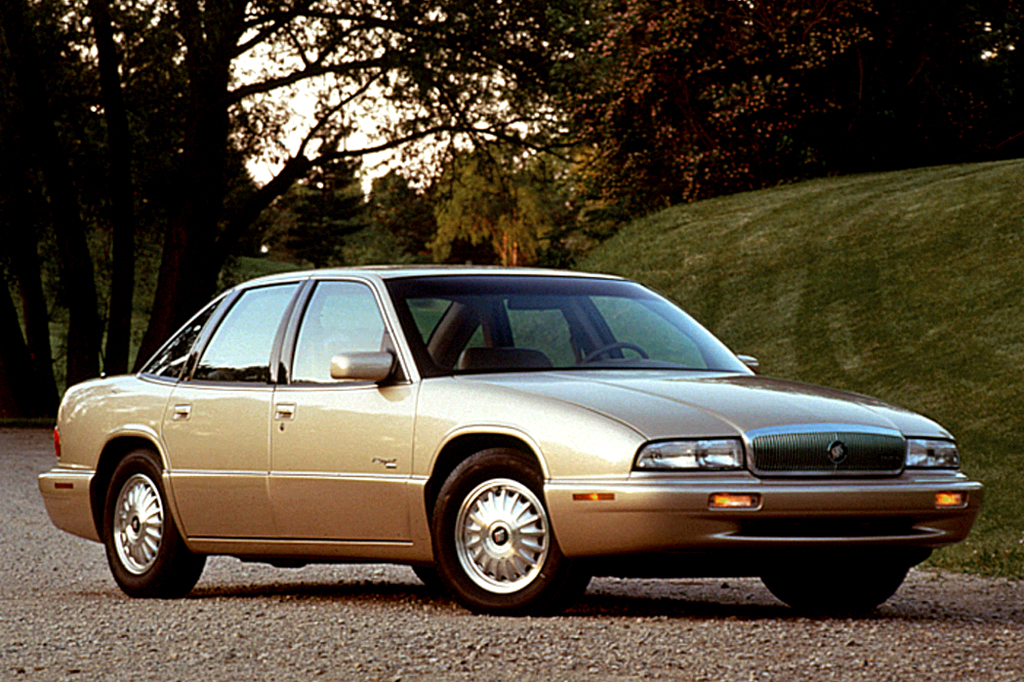 A Regal might not be much to get excited about, but it’s not a bad choice when prices are tempting. About 75 percent of Regals got the 3.8-liter V6, and that’s the one that approaches Ford Taurus in appeal.

Buick’s version was the first of the new midsize front-drive coupes introduced for 1988 and soon followed by the Oldsmobile Cutlass Supreme and Pontiac Grand Prix. Regals came in Custom and costlier Limited trim. A Gran Sport option group featured Buick’s Gran Touring suspension and 16-inch tires. All-disc brakes were standard; antilock braking optional on upper models. No airbag was available, but like other GM cars, front seatbelts could be left buckled to deploy automatically.

Only a 3.1-liter V6 was available in 1990 Regals, making 135 horsepower. A year later, Regals could be purchased with a 170-horsepower “3800” V6, which was essentially the same engine used in the Park Avenue and Riviera. That upper engine got a boost to 205 horsepower for ’96. Meanwhile, the base engine gained five horsepower for 1991, reaching 140. For 1994, output grew by 20, to 160 horsepower, courtesy of a new fuel-injection system. A 4-speed automatic was the only transmission available, but electronic controls did not arrive until 1993 when the optional 3.8-liter engine rose a bit in torque output to 225 pound-feet. A massive power boost emerged for 1996 in the 3.8-liter engine, which got new valves and roller rocker arms and developed 205 horsepower.

Front-seat room is generous, and the rear is adequate for 6-footers. Both body styles are roomy, but leg and head room are better in the sedan, though the lower cushion feels puny for long-distance comfort. Front shoulder belts in the sedan were anchored to door pillars, so belts could ride on the neck of shorter passengers. Wide front pillars compromise visibility.

The initial Regal’s lack of power was remedied by the arrival of the 3.8-liter engine in 1992. It gives the car sufficient oomph to accelerate smartly away from stoplights and pass safely. The early 3.1-liter, in contrast, sounds strained when a brisk getaway is called for, generating more noise than power. With the electronically controlled automatic installed in 1993, shifts grew swifter and smoother. Gas mileage is better with the 3.1-liter. We’ve averaged better than 20 mpg. The 3.8-liter yielded no more than 17-18 mpg.

Analog instrumentation in early Regals is not the greatest and some instruments are blocked by the steering wheel. The optional electronic cluster has poorly designed graphics and has to squeeze into the same tight space. Climate controls also are far to the right, but have big buttons. The new interior for 1995 cured many of these complaints.

Ride/handling aren’t bad, even with the base suspension. It seems to strike a sensible compromise between soft ride and capable handling, though slanting toward the former. Steering is on the light side, and the car leans heavily in turns. The firmer Gran Sport suspension provides taut handling and a well-controlled ride, but gets a bit harsh when rolling through pavement irregularities. Antilock braking works well, but takes high pedal pressure for a quick stop.