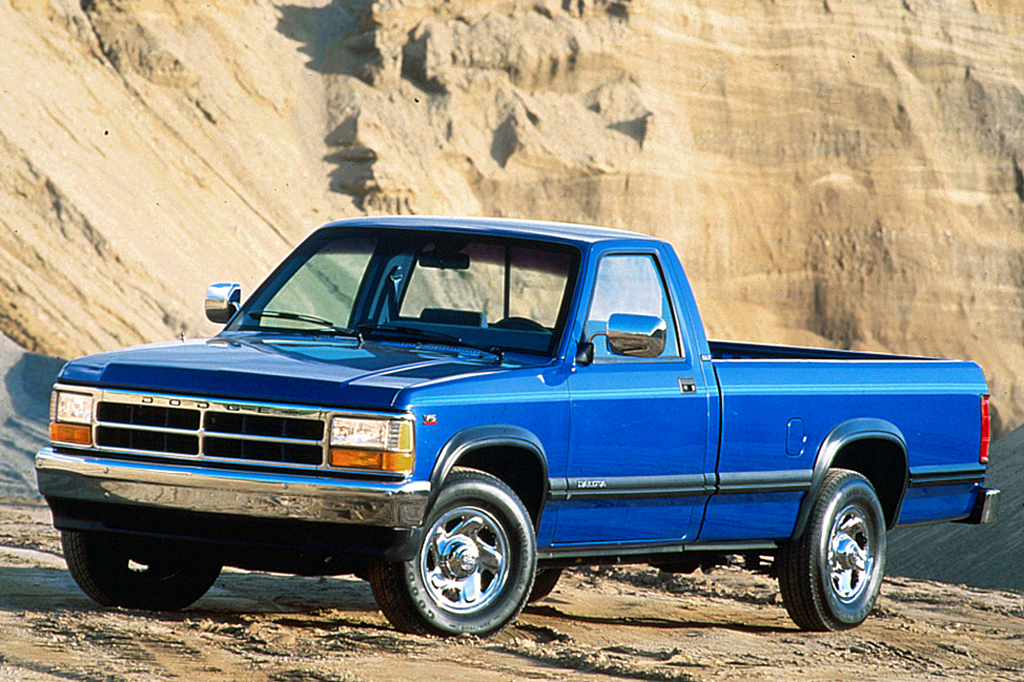 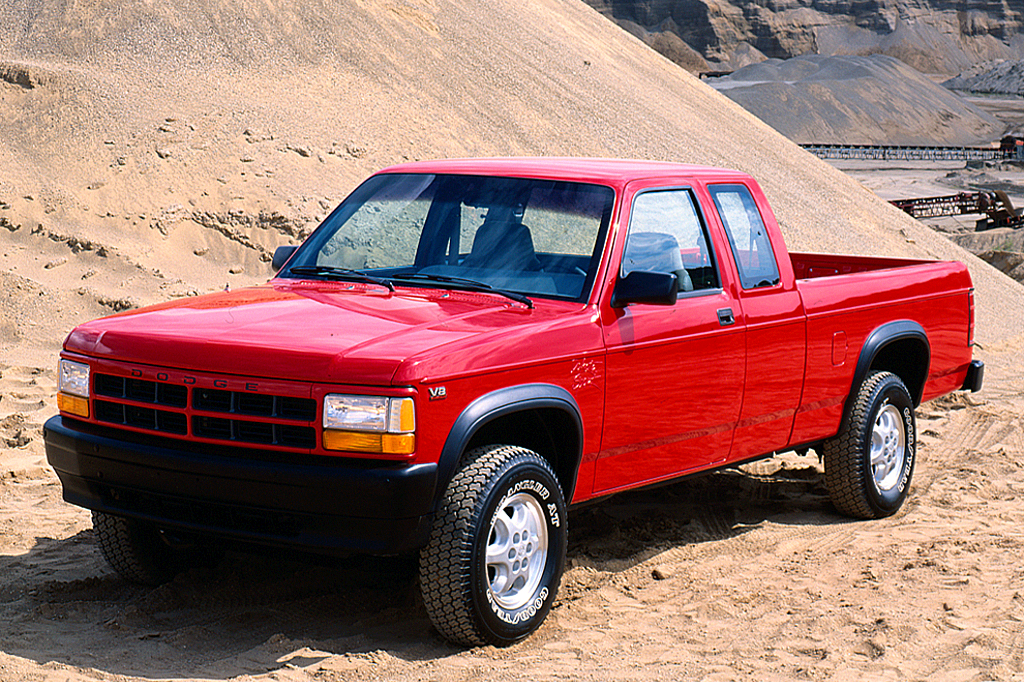 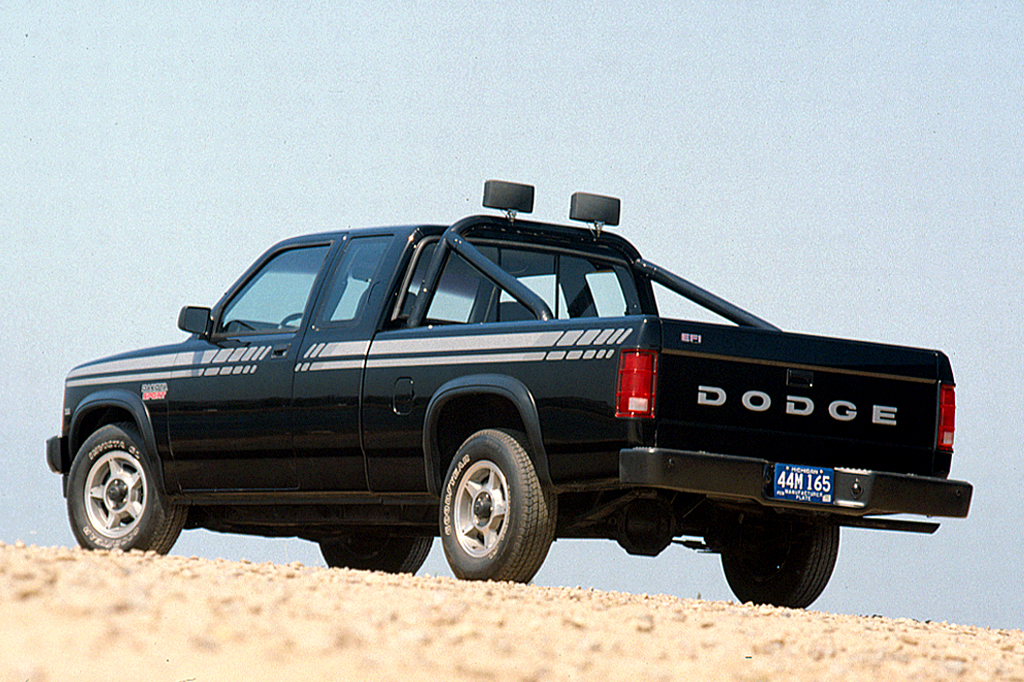 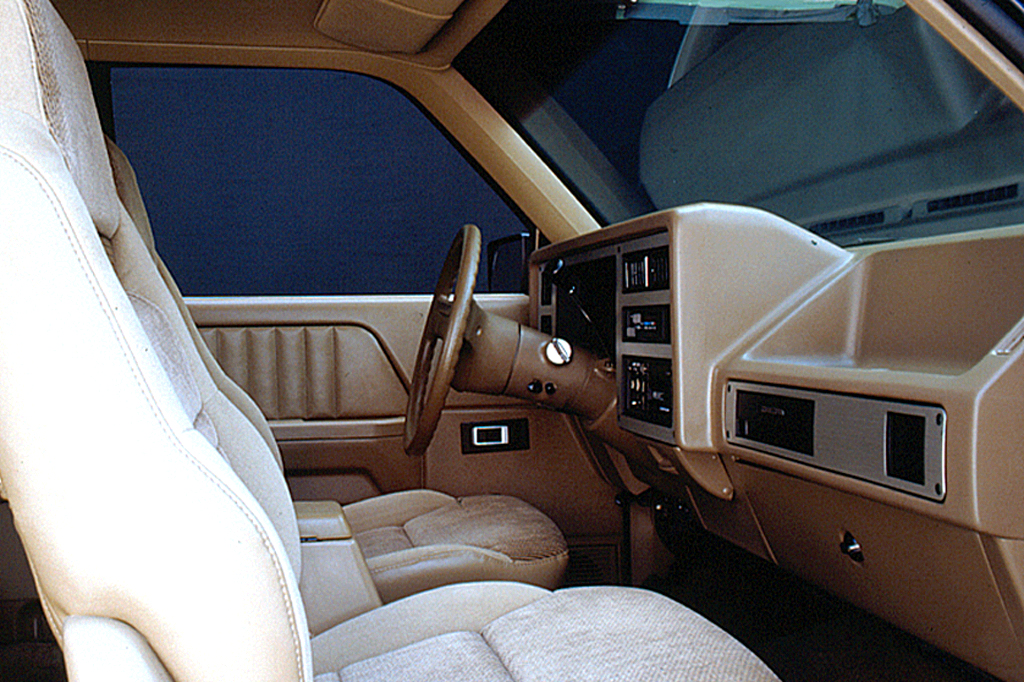 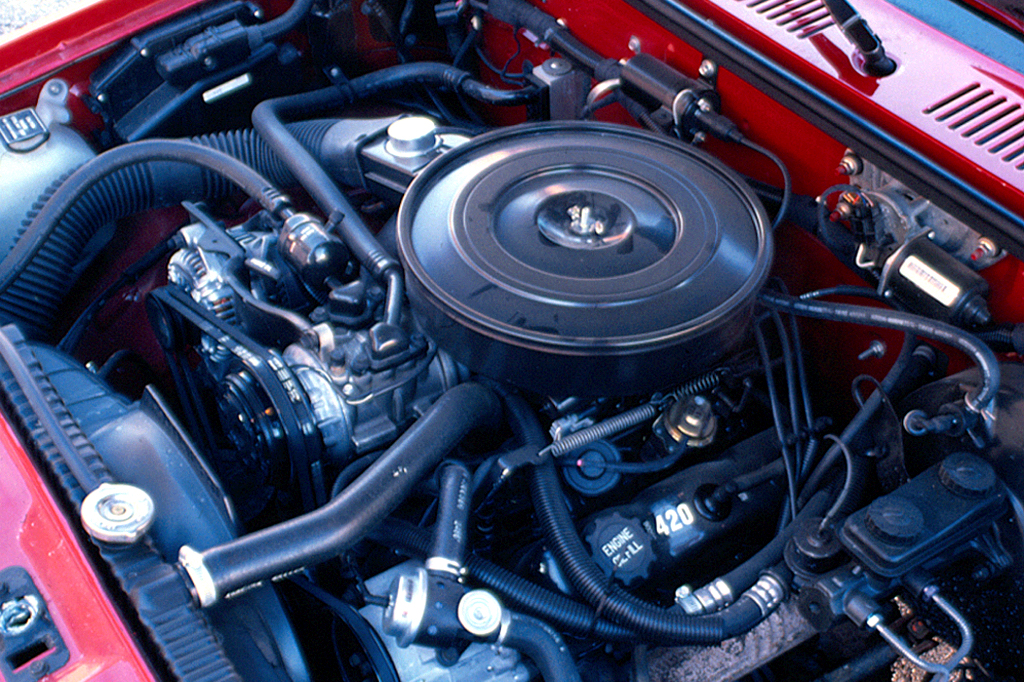 Solid and robust, a Dakota makes a good practical choice. A long-wheelbase version with the 8-foot bed might serve nearly as well as a full-size pickup.

Introduced for 1987, Dodge’s Dakota was the first midsize pickup–larger than most compacts and smaller than full-size models. Dakotas came in two sizes: 112-inch wheelbase with a 6.5-foot cargo bed, or 124-inch wheelbase with an 8-foot bed. Each had a 3-place bench seat, but bucket seats might be installed in base or Sport models. A Club Cab pickup arrived in 1990, with a 131-inch wheelbase and 6.5-foot bed, plus storage compartments beneath hinged rear cushions. Rear antilock brakes had been added for 1989. An innovative convertible pickup truck joined the line during 1989, with standard 3.9-liter V6, but remained on sale only into 1990.

Two- and 4-wheel-drive Dakotas had a 100-horsepower, 2.5-liter 4-cylinder engine, or a 3.9-liter V6 that made 125 horsepower. The V6 was standard in 4×4 and Sport models, optional in 2WDs, except for the price-leader Dakota S. A 5-speed manual gearbox was standard and 4-speed automatic optional. Dakota’s 4WD setup is a part-time, on-demand system, not intended for use on dry pavement. It used automatic-locking front hubs and a floor-mounted transfer-case lever.

Regular cabs have ample space for three adults, but neither the bench seat nor the available buckets are particularly comfortable (1993 and later buckets are better). Not much storage space is available behind the seat, unless you opt for the Club Cab. But it’s hard to get into the rear seat, which isn’t sufficient for three and has limited knee room. The floor-mounted 4WD lever is low and sits well forward, so you have to reach under the dash to shift from 2WD to 4WD High. Other controls are easy to reach.

The base 4-cylinder engine is adequate, but not a wise choice unless you rarely carry cargo. Relaxed at highway speeds, the husky early V6 develops enough low-speed torque to haul heavy loads, but it’s still no fireball when pushing hard. The “Magnum” V6 introduced for 1992 yields better acceleration (Dodge claimed a 0-60 mph time of 8.3 seconds), but engine and exhaust noise are more noticeable under hard throttle. Acceleration is more robust yet with the V8, which is the choice for towing. Dakotas handle competently and ride well considering their size, though the ride gets bouncy when the cargo box is empty. Despite ABS, rear wheels tend to lock prematurely in hard stops. We’d prefer a later model with the optional 4-wheel antilock braking.