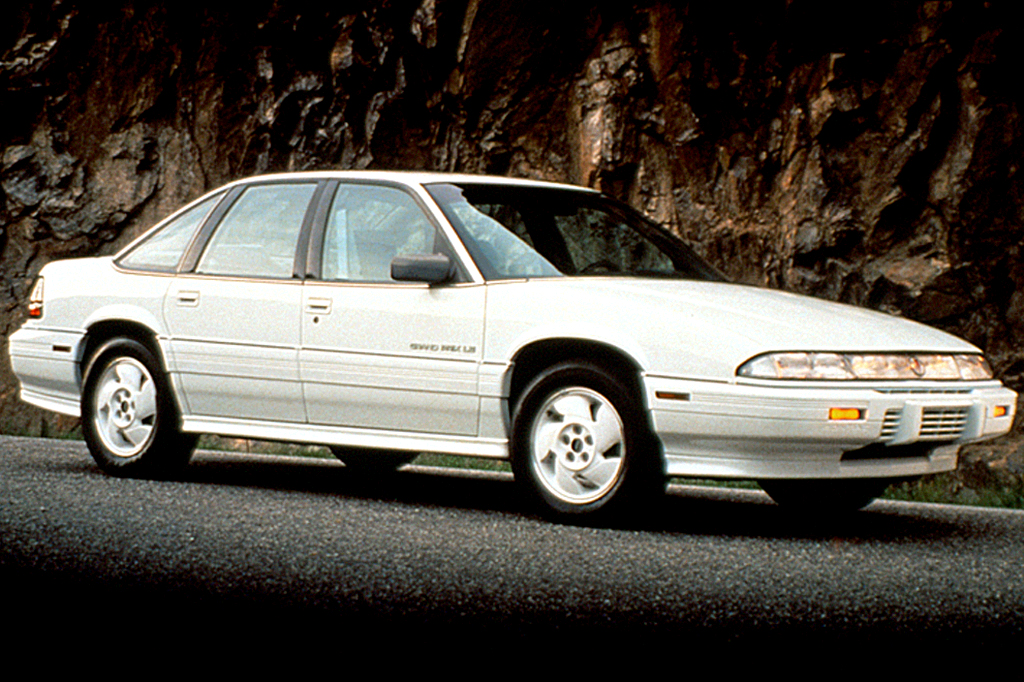 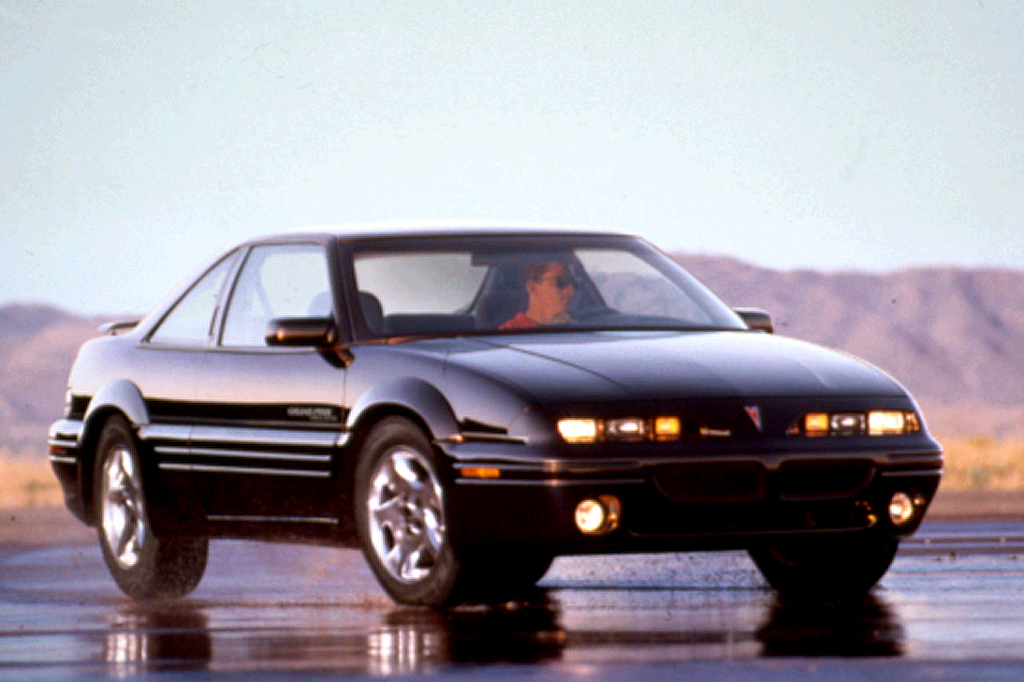 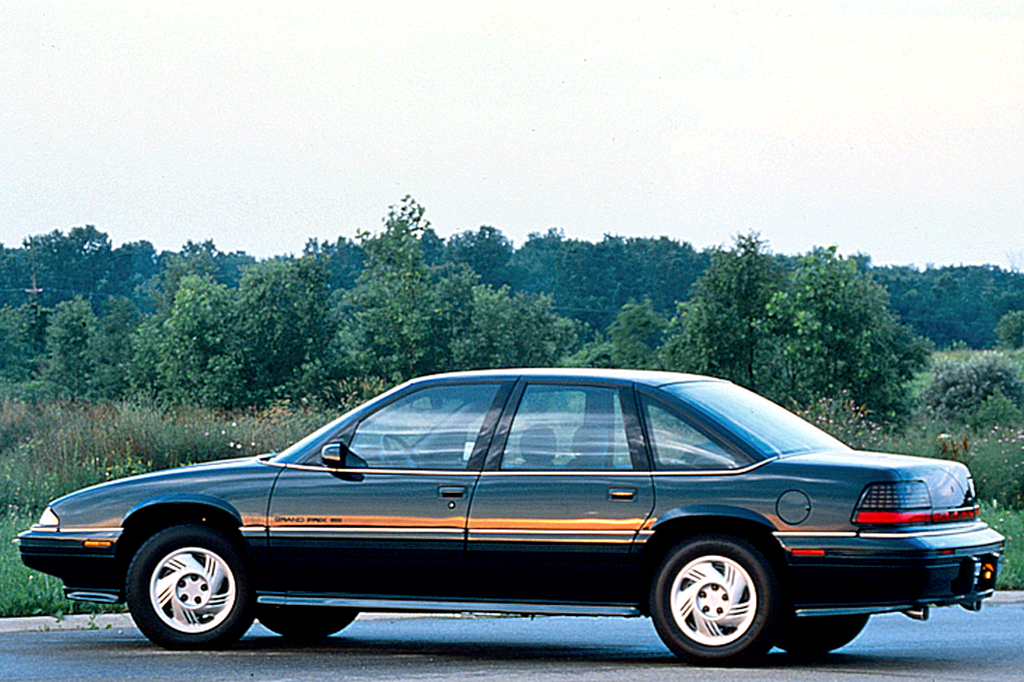 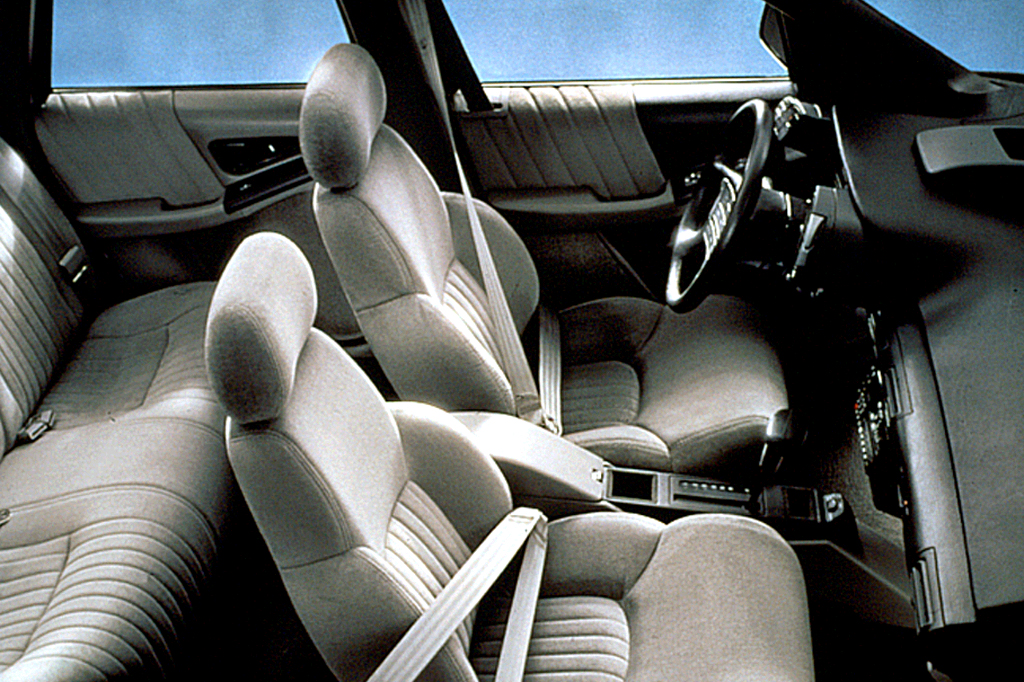 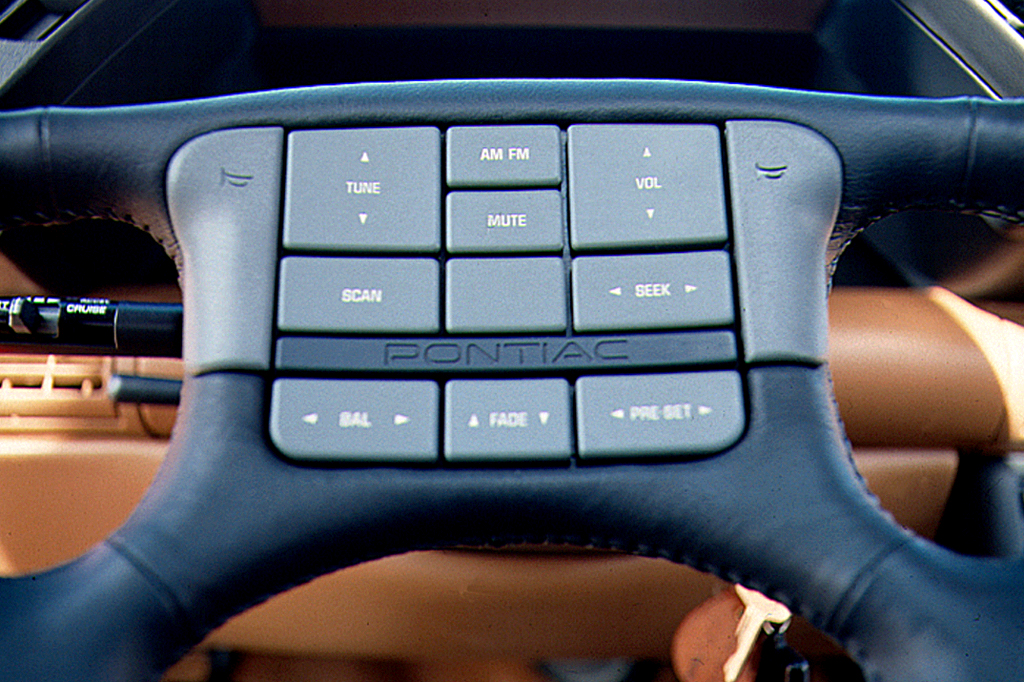 We rate the Ford Taurus, Mercury Sable, and Honda Accord higher overall. But with the gradual improvements bestowed on the Grand Prix, it is a good choice as well.

A redesigned front-drive Grand Prix arrived in 1987 in 2-door coupe form only. By 1990, the lineup added a 4-door. Grand Prix was similar to the Chevrolet Lumina, Buick Regal, and Oldsmobile Cutlass Supreme. Initially, the new sedan came in either LE or sporty STE trim. The Grand Prix coupe came in LE, SE, and Turbo trim. A 160-horsepower 2.3-liter 4-cylinder was the standard engine on the LE, while a 140-horsepower 3.1-liter V6 powered the SE and STE models. The V6 could also be ordered for the LE. A turbocharged version of the V6 was standard on the Turbo Grand Prix Coupe, and was an optional engine for the STE sedan. Antilock brakes were standard on the Turbo Coupe, optional on all other models.

It’s best to avoid models with the noisy 4-cylinder engine. However, the 3.1-liter V6 provides ample acceleration with much less noise and vibration. Turbo engines provide outstanding acceleration, but suffer from “turbo lag” and poor fuel economy. The best engine choice is the dohc 3.4-liter V6, which provides the acceleration of the turbo engine without the lag and ruckus.

Inside, the cabin of the 1990-1993 Grand Prix with its backlit red gauge cluster works hard to emulate the continental flair of the BMW. However, Pontiac is not quite able to capture the European maturity or purposefulness. Revisions to the cabin in 1994 bring long overdue improvements. The new controls are both simpler to use and easier to reach. Large, soft-touch rotary dials replace the climate system’s fussy, undersized switches and sliders. Select either the coupe or sedan and you should find the cabin capable of transporting four adults in relative pleasure–but the back seat is too low and uncomfortable.