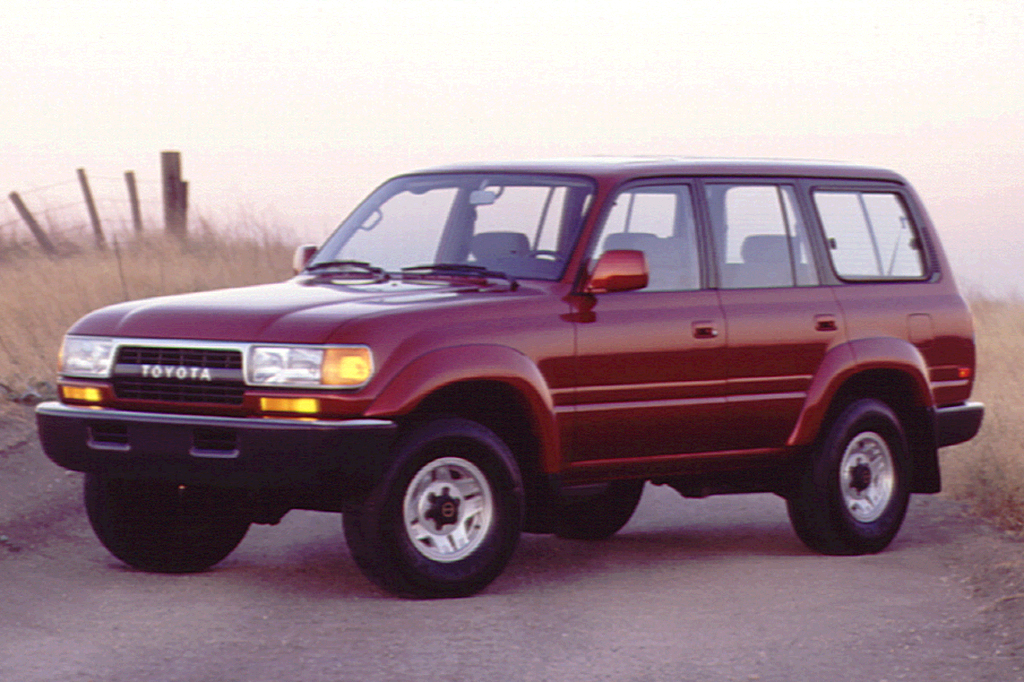 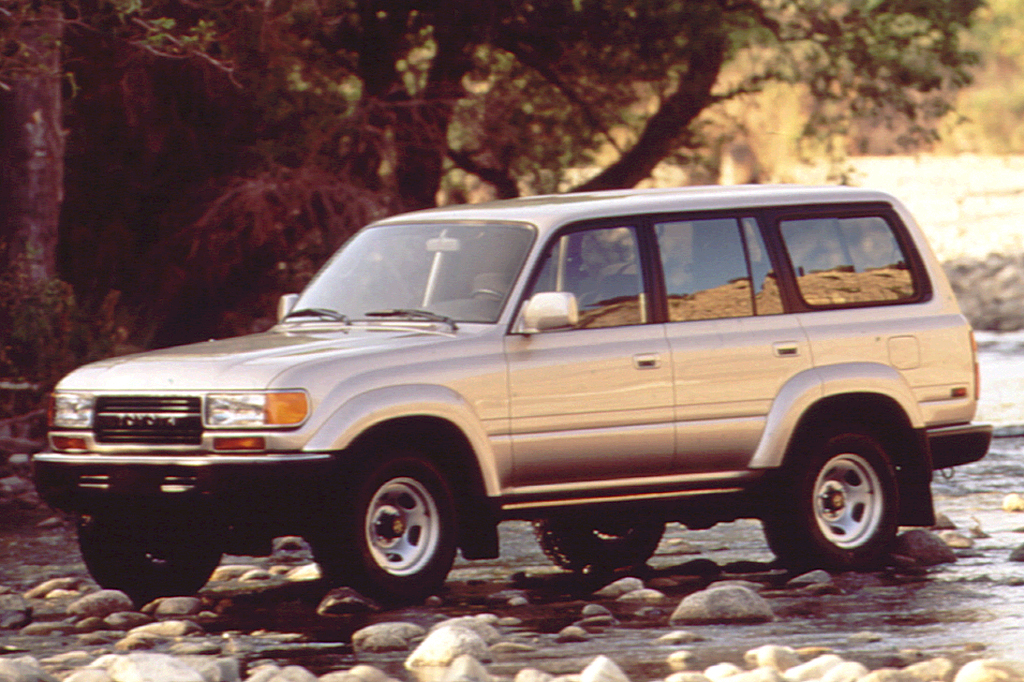 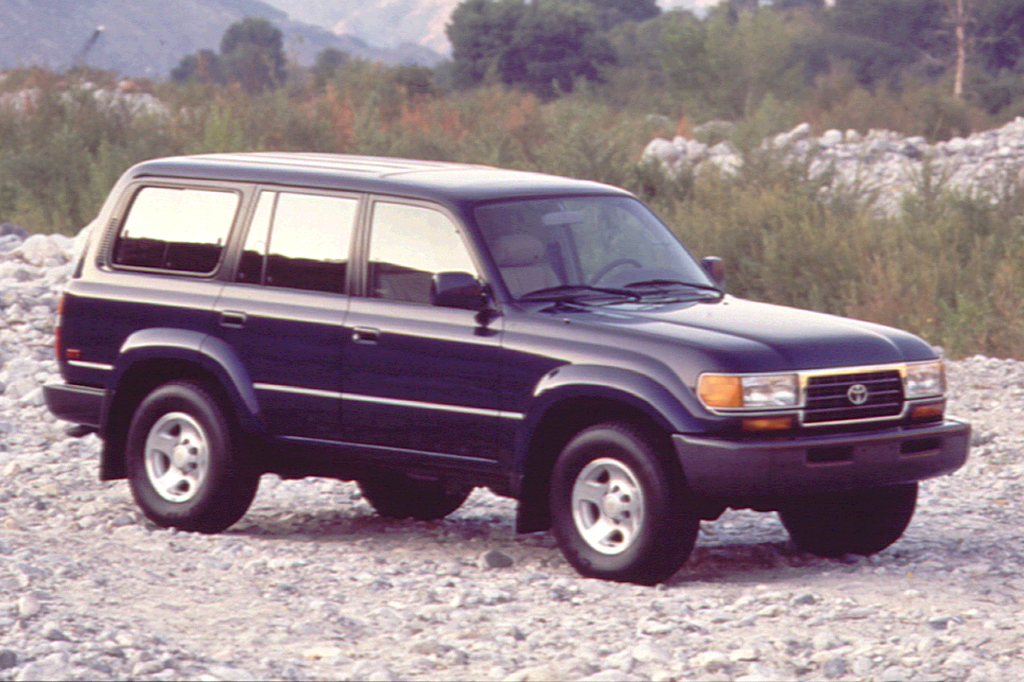 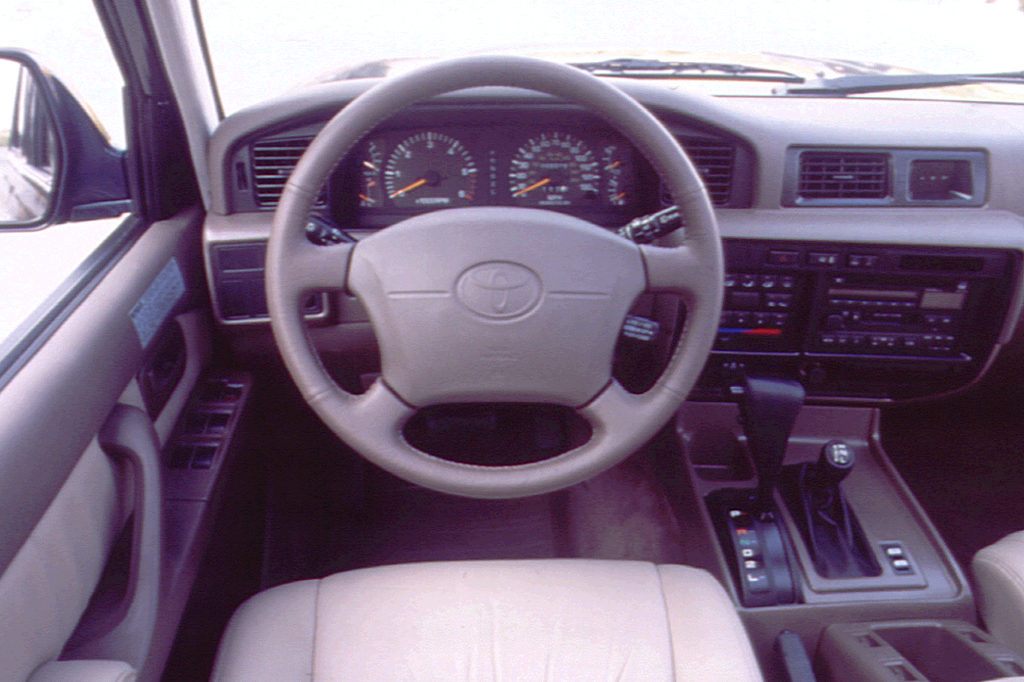 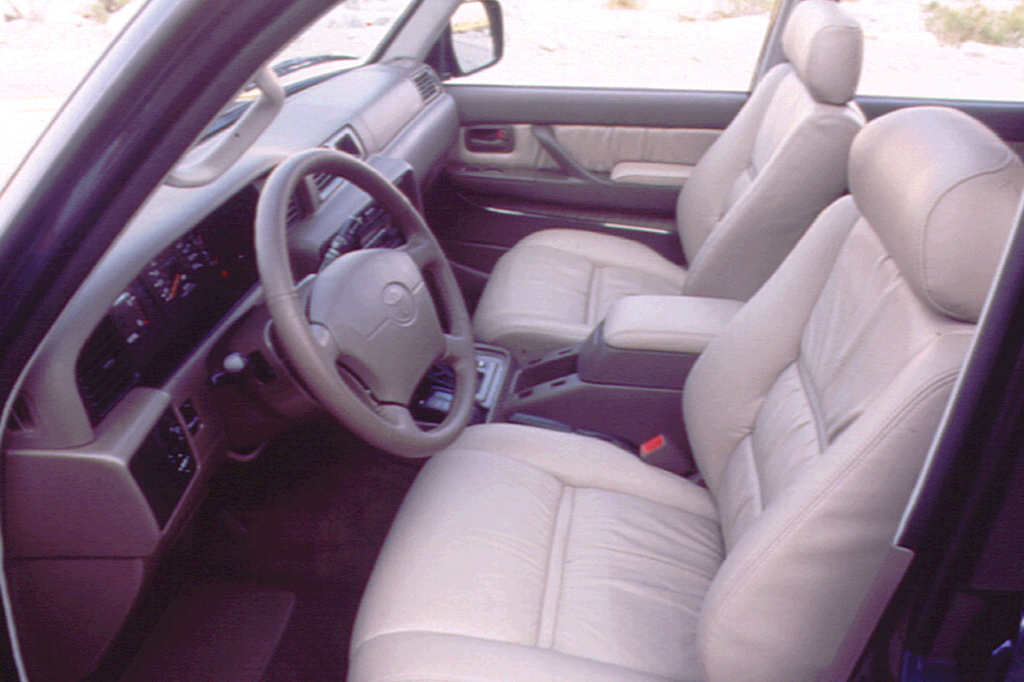 Expensive and sold in modest numbers, Land Cruisers continue to attract a modest but eager following. Still, most buyers find a Ford Explorer or Jeep Cherokee to be a better value.

Toyota launched this generation of its 4-wheel-drive wagon way back in 1981. By 1990, power came from a fuel-injected 4.0-liter inline 6-cylinder engine, making 155 horsepower and driving a 4-speed automatic transmission. All Land Cruisers had on-demand 4-wheel drive. Front hubs still had to be locked and unlocked by hand. A Land Cruiser could tow 3500 pounds.

A 4.0-liter inline 6-cylinder engine went into 1990-92 models, producing 155 horsepower and 220 pound-feet of torque. For 1993, that was replaced by the dual-overhead-cam 4.5-liter six. Sole transmission all along was a 4-speed automatic, which added electronic control in 1993.

Steering was vague and overassisted in the early version, and the ride gets choppy, even on roads that look smooth. The 1991-97 version has a slightly wider stance, so it’s a little less tipsy in corners. Still, don’t expect to rush through fast curves or tight low-speed turns without plenty of body lean.

Acceleration from early models is nothing to shout about, either: on the order of 15.4 seconds to reach 60 mph. The 4.5-liter engine gets its job done, bringing enough power and torque to move this big rig rather smartly. Heavy weight helps make fuel consumption horrid. An early Land Cruiser got only 10.5 mpg; another with the 4.0-liter engine managed just 13 mpg. The permanently engaged 4-wheel-drive system installed in 1991 is a bonus, giving the driver the advantage of 4WD but no duties to perform.

Passenger space is ample all around. Seats are comfortable for long trips, and the cargo area is bountiful. A Land Cruiser stands tall, so step-up into the interior is high. Reaching the optional third seat is awkward because you have to clamber around the middle bench. It’s kid-size, too, and leaves little cargo space at the rear. However, both the second and third seats pack up easily to expand cargo volume. Some controls in the pre-1991 model have a haphazard look, but full instrumentation was standard. The interior got a lot more modern in 1991, with instruments and controls handier and better organized. Overall, the interior has a sturdy, high-grade look, and body construction is tight and solid.