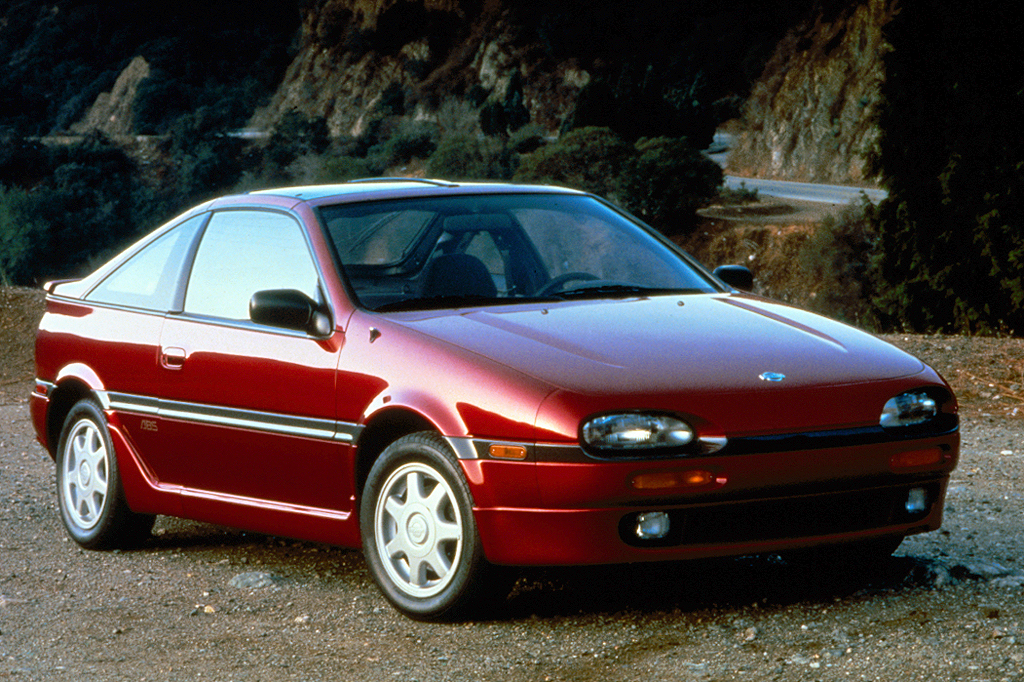 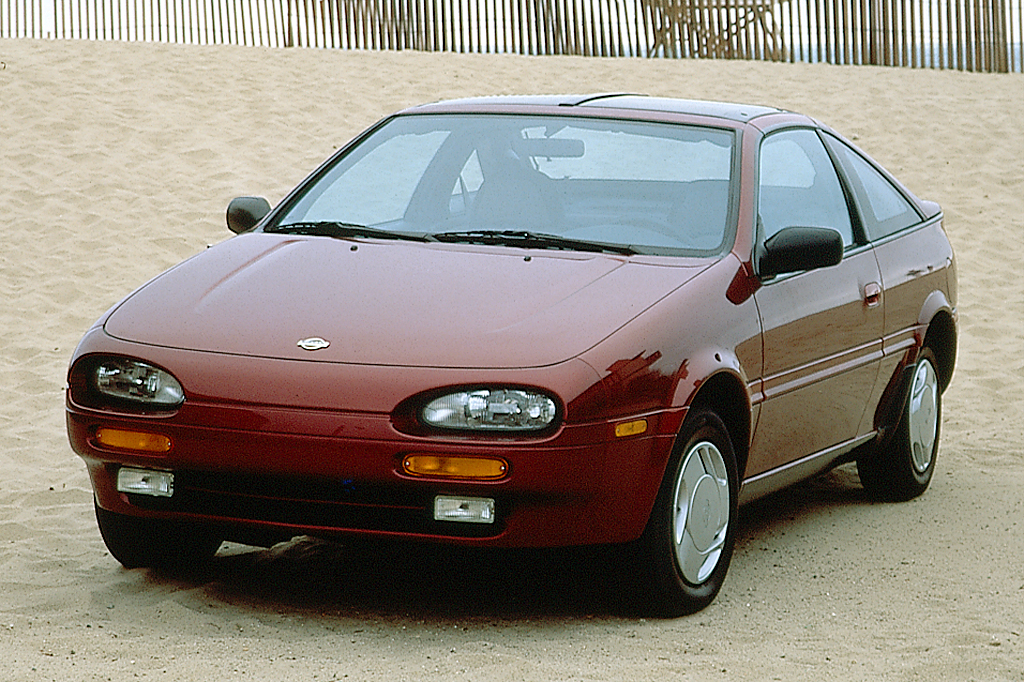 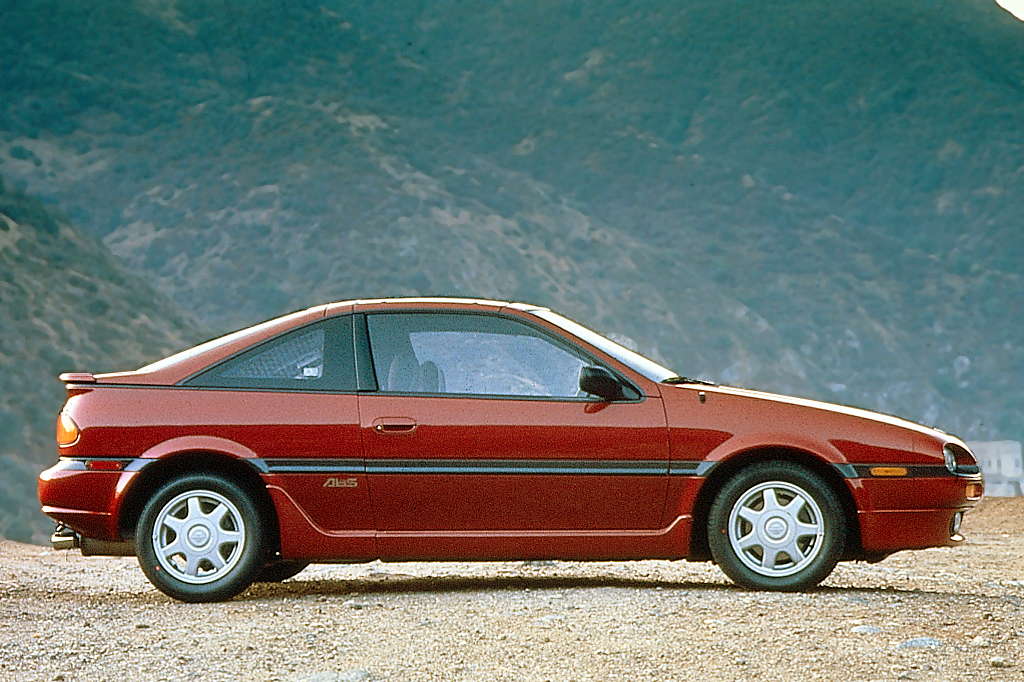 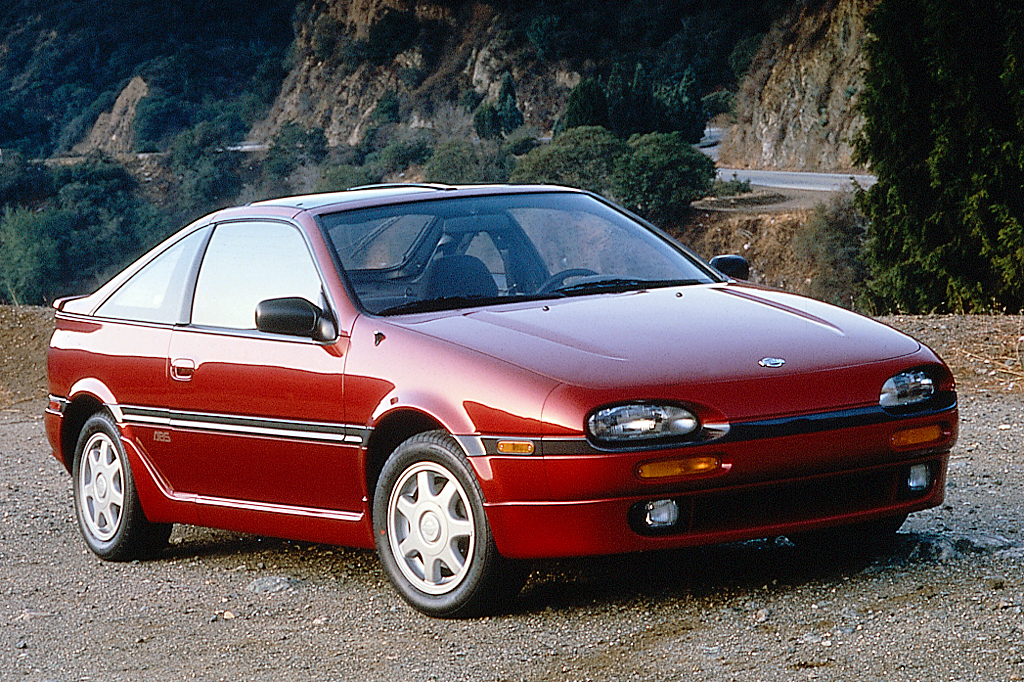 Not a strong seller, especially in its final seasons, the NX delivers a measure of sporty behavior for relatively few dollars. Best value is the NX 2000, which promises more spirited performance, especially if equipped with antilock braking.

Twin Nissan subcompact sports coupes debuted during 1991, replacing the Pulsar NX. Built on the same front-drive chassis as the Sentra sedan, they came only in a 2-door hatchback body style.

Two engines were available. The NX 2000 carried a 140-horsepower, twin-cam 2.0-liter 4-cylinder, also found in the sporty Sentra SE-R and the Infiniti G20 sedan. The NX 1600 borrowed the Sentra’s 110-horsepower, 1.6-liter four. A 5-speed manual transmission was standard, with 4-speed automatic optional on both models.

In addition to a larger engine, the NX 2000 got a firmer sport suspension, bigger wheels and tires, rear disc brakes, and a viscous limited-slip differential. A rear spoiler and fog lights were standard, rather than optional as on the NX 1600.

A T-bar roof was optional only on the NX 2000. Antilock braking was available only on the manual-shift NX 2000, but both models had a driver-side airbag.

Model suffixes denote approximate engine size, in cubic centimeters. A 1.6-liter, 110-horsepower 4-cylinder engine went into the NX 1600, while the NX 2000 got a 2.0-liter four that made 140 horsepower. Either model could have a 5-speed manual transmission or a 4-speed automatic.

Performance, as expected, varies with the engine and transmission. Rivals to the NX 1600 include the Toyota Paseo, as well as base versions of the Geo Storm, Hyundai Scoupe, Mazda MX-3, and Mitsubishi Eclipse/Plymouth Laser. With its stronger engine, the NX 2000 is a close performance match for Honda’s Civic del Sol, likely to please enthusiast drivers.

Neither NX has much punch below 3500 rpm or so, and even the NX 2000 is taxed with an automatic transmission, demanding a lot of throttle-to-the-floor driving in urban traffic. Though eager to rev, the 2.0-liter sounds “busy” turning 2900 rpm at 60 mph.

For decent around-town pickup and safe merging onto fast-moving expressways, especially with the 1600 engine, the easy-shifting manual is a better choice. A stick-shift NX 1600 will whip around town and merge/pass with little drama.

Gas mileage is a bonus. We averaged 27.5 mpg in city/highway driving with a new 5-speed NX 2000. Optional antilock braking on that model stopped the coupe with good control.

Overall noise levels are high, but handling is as nimble as the car’s light weight and small size suggest. Skinnier tires and a softer suspension ensure that the NX 1600 can’t match its higher-powered mate’s grip in turns, nor in its playful, responsive feel. Ride quality with the NX 1600 is above average for its class, and the NX 2000 doesn’t sacrifice an undue amount of comfort to handling prowess.

Well-shaped bucket seats embrace the driver, who faces an array of simple gauges and controls. However, the low seating position isn’t so great for outward visibility. Even 6-footers have good leg room and adequate head room up front.

Like nearly every small sports coupe, the NX rear seat is toddler-tiny. Still, that back seat can be folded to create fine luggage space, though a high rear sill hampers getting to it. Even with its T-top removed, the NX feels solid.