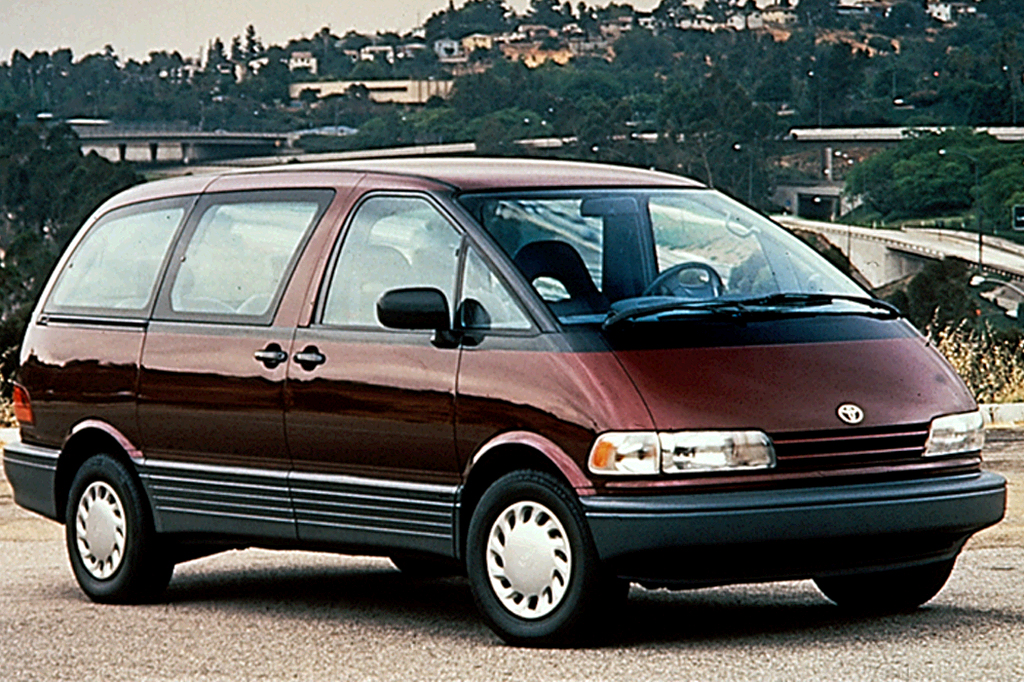 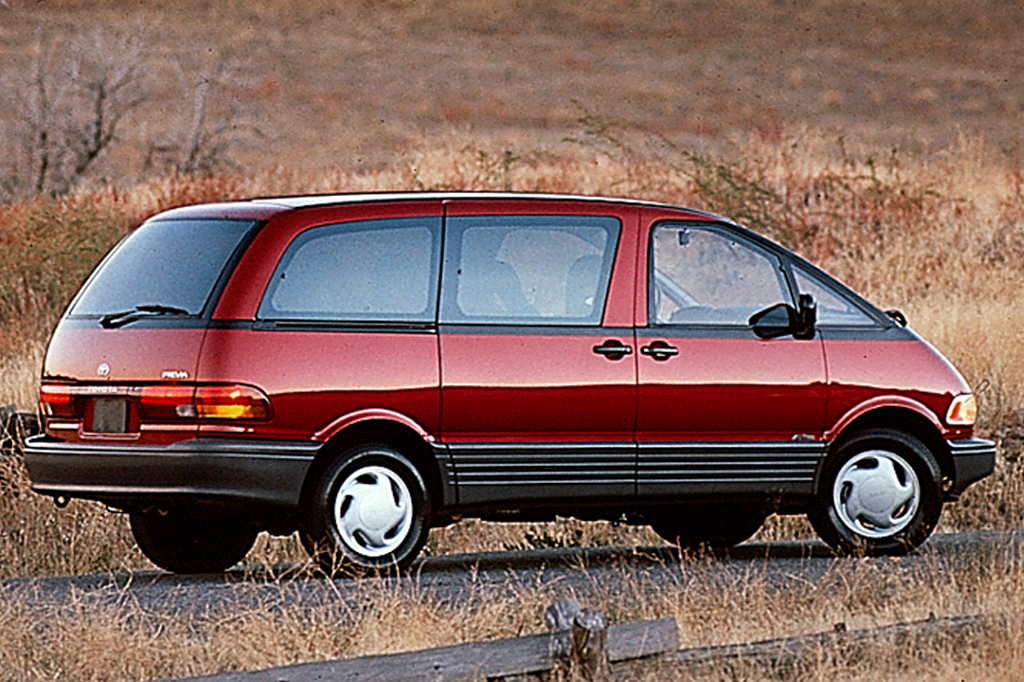 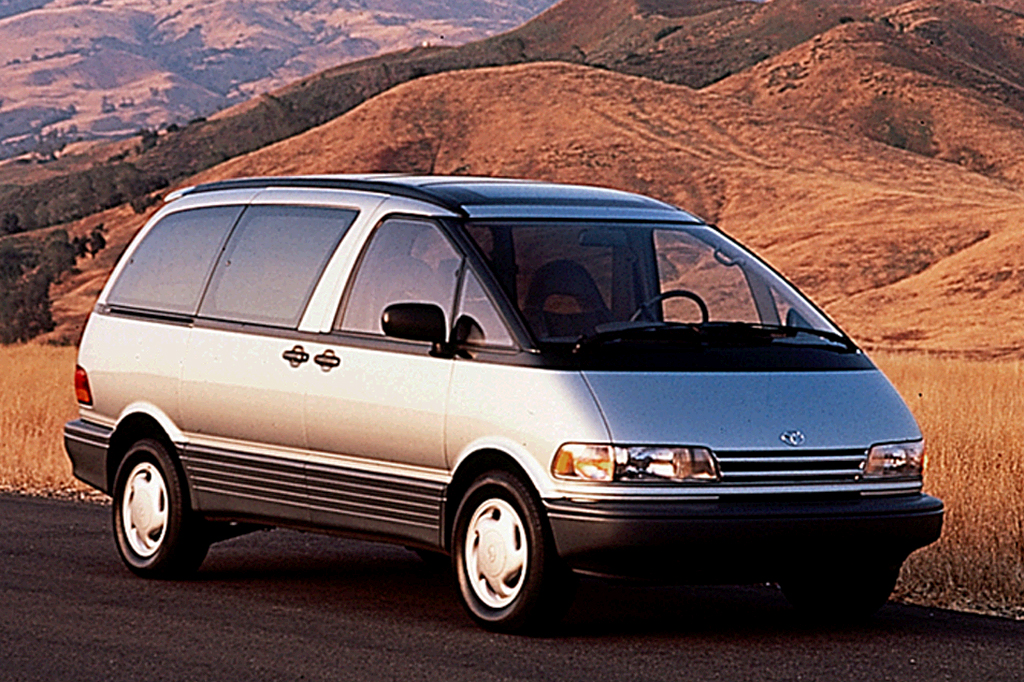 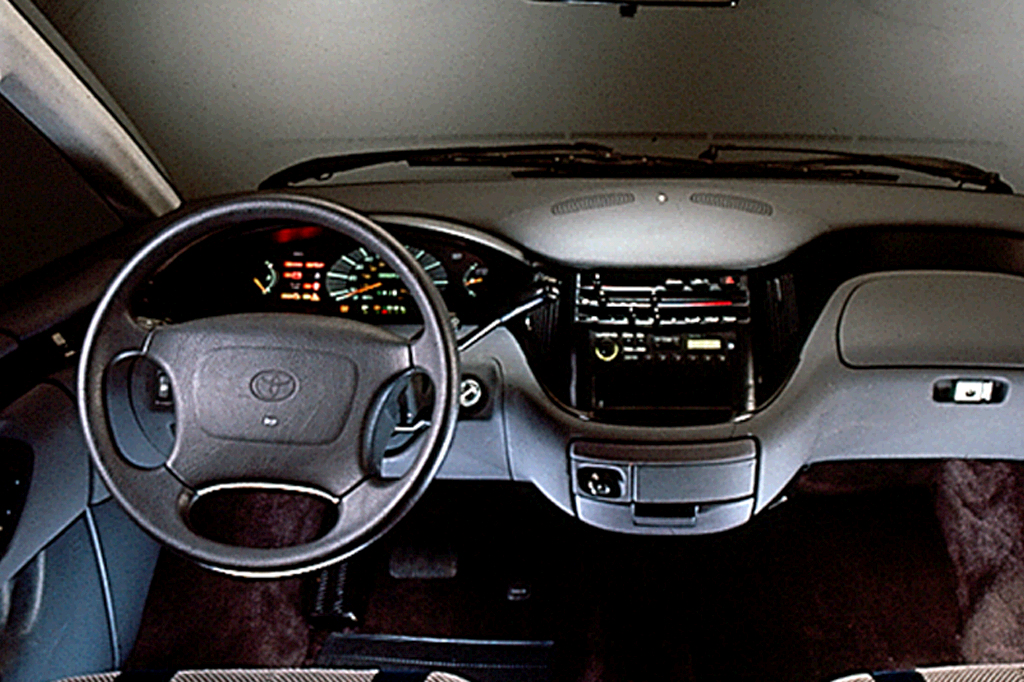 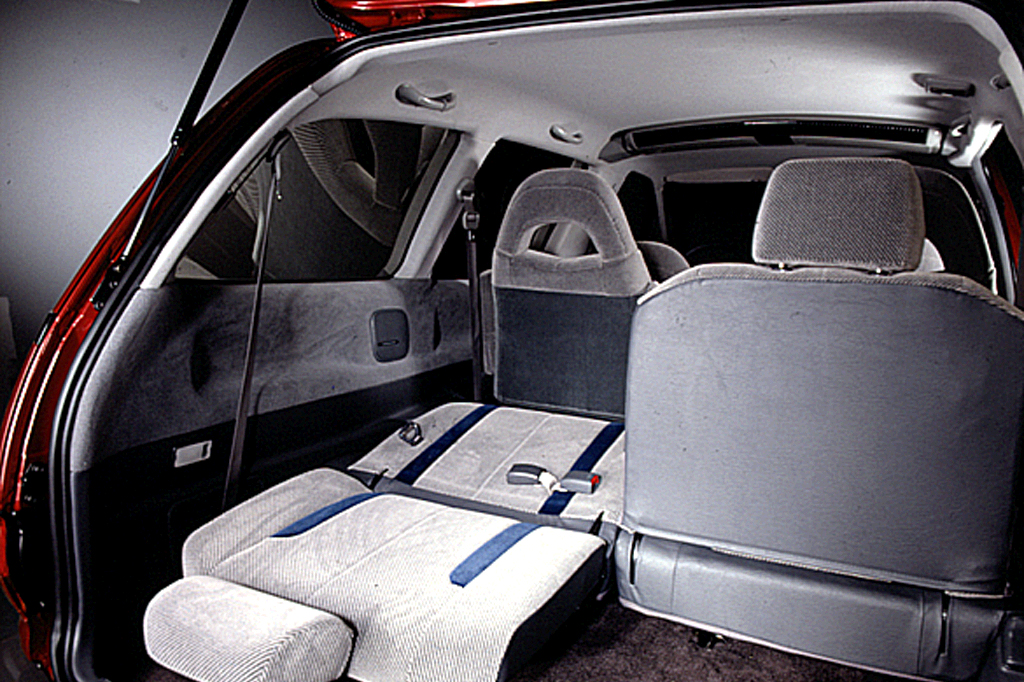 With its roomy, versatile nature and Toyota’s reputation for reliability and durability, the Previa qualifies as a good family vehicle.

Previa minivans went on sale in 1990 as a replacement for the Toyota Van. Previa had either rear-wheel drive or permanently engaged 4-wheel drive (All-Tracs) and were offered in either Deluxe or LE trim. The only engine was a 2.4-liter twin-cam 4-cylinder rated at 138 horsepower. A 5-speed manual transmission was standard; a 4-speed automatic optional. The Previa’s engine was mounted below the front seats, but tilted to one side in order to provide a flat floor. It’s accessible through a panel in the floor or from underneath the vehicle. Fluid reservoirs and other vehicle service points can be reached by opening the hood. Four-wheel disc brakes were standard on LE models and an antilock system was optional. A sliding right-side door and a one-piece liftgate augmented the front doors.

Toyota’s new Previa minivan debuted in 1991 with only one engine, a new 2.4-liter twin-cam 4-cylinder. It produces 138 horsepower at 5000 rpm (37 more than the previous Toyota Van) and 154 pound-feet of torque at 4000 rpm. A 5-speed manual transmission is standard; a 4-speed automatic is optional. The engine is uniquely mounted below the front seats, but tilted to one side in order to provide a flat floor. It’s accessible through a panel in the floor, or from underneath the vehicle. Fluid reservoirs, the air conditioning compressor, and other vehicle service points can be reached by opening the short, sloping hood. For ’94, Toyota made a new supercharged version of the same 2.4-liter engine available for both DX and LE models, as well as the DX All-Trac and LE All-Trac models. It boosts power to 161 horsepower at 5000 rpm and 201 pound-feet of torque at 3600 rpm. Also, the previously available 5-speed manual transmission was dropped, meaning all 1994-97 Previas feature only the 4-speed automatic. Toyota drops the normally aspirated engine entirely for 1996, meaning all ’96 and ’97 Previas come equipped with the supercharged engine that was a $500 option in 1995.

Acceleration is decent, but when worked hard the engine gets noisy and sends an annoying vibration through the floor. It’s responsive in everyday driving, however, thanks to an automatic transmission that shifts smoothly and promptly, and seldom hunts between third and fourth gears. We averaged 15 mpg in one test and 19 mpg in another. Though the 161-horsepower supercharged version doesn’t move the Previa into the fast lane, it does make this minivan more responsive, particularly in passing situations.

While the Previa holds the road well and seems composed going around corners, neither its ride nor overall handling match that of the class champion Chrysler minivans.

The wild-looking W-shaped dashboard actually works rather well, putting most controls within easy reach, though the climate controls are poorly marked. Only the rear-seat headrests keep outward vision from being absolutely panoramic. Passenger space is ample, though the split third seat is too tight to accommodate three adults, and head room beneath the sliding sunroof is only adequate for 6-footers. The center seat is removable and rear seat is split so that both halves can fold outward against the sides of the vehicle.