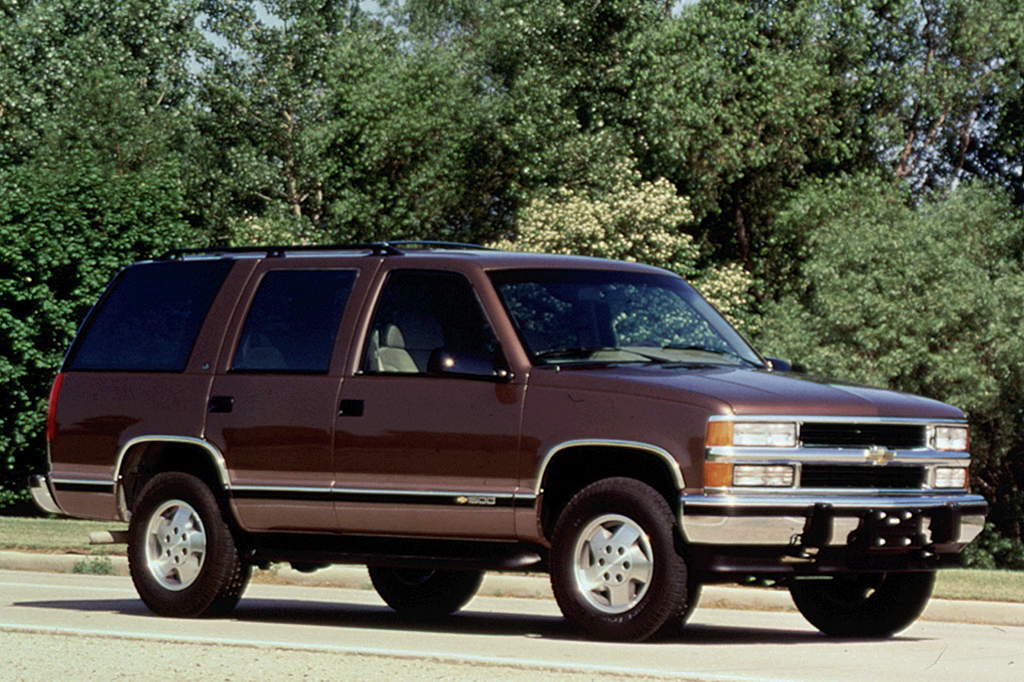 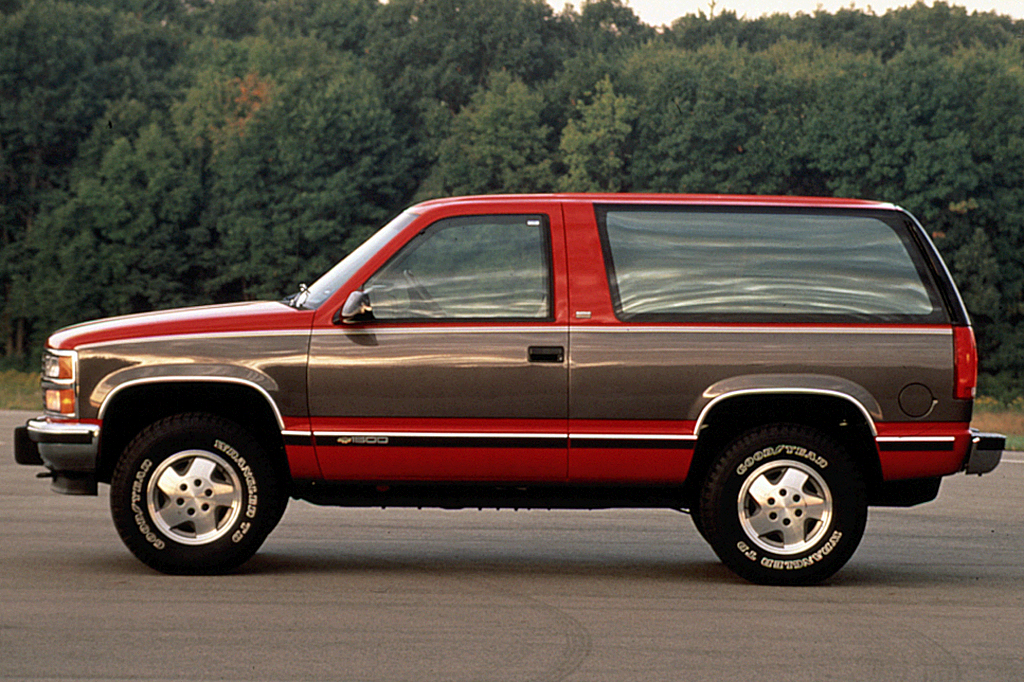 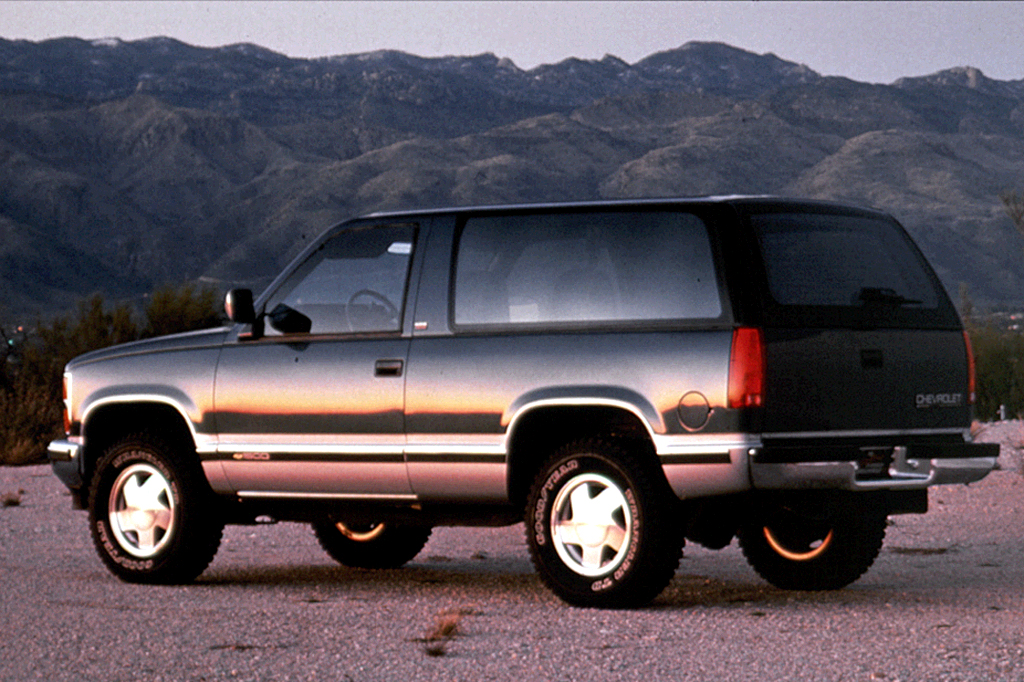 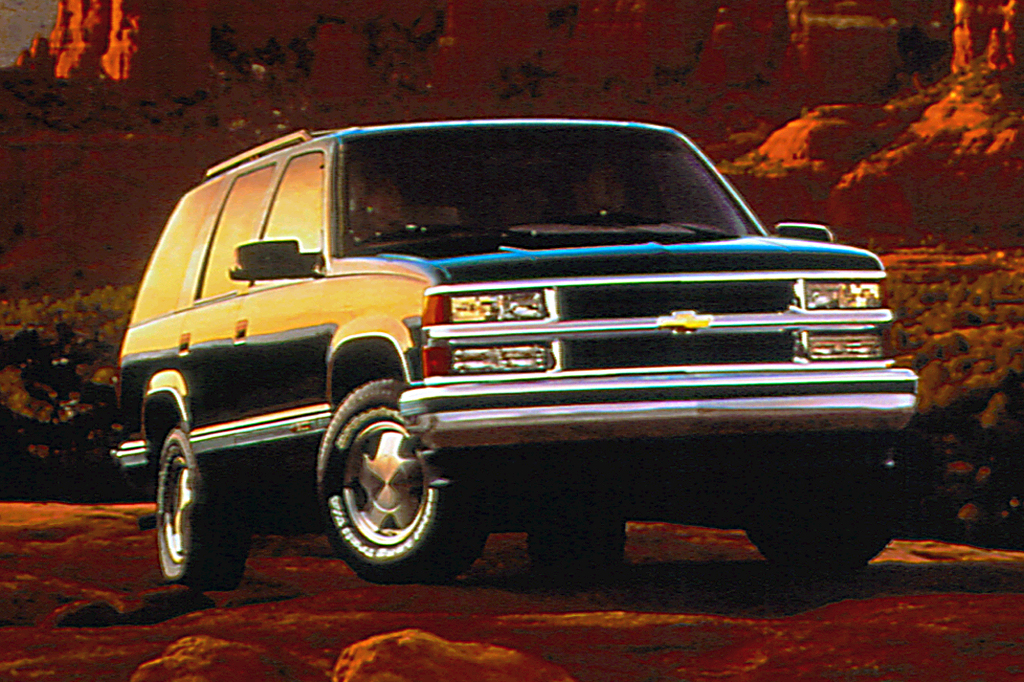 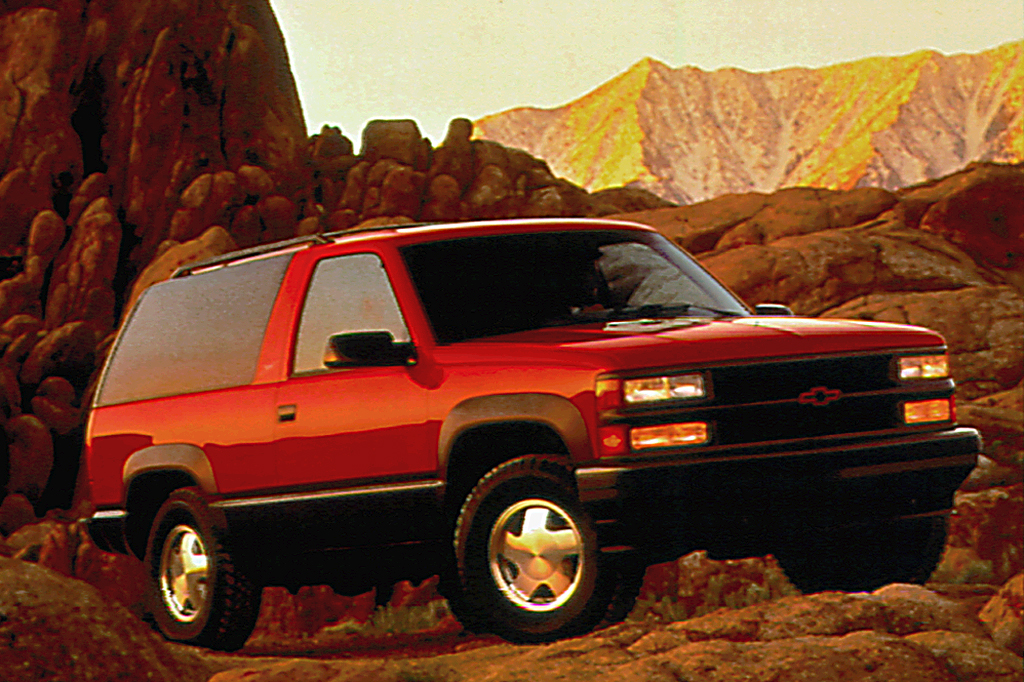 Sure, a compact sport utility is more sensible and economical for everyday driving. But if you require real muscle, especially for towing, try the 4-door Tahoe and also Ford’s Expedition.

Chevy’s full-size Blazer 4-wheel-drive sport utility and its GMC Yukon counterpart were redesigned for 1992. Passenger capacity rose from five to six. Wheelbase grew by five inches, overall length by three. A 2-door wagon was again the only body style, with a tailgate and top-hinged window at the rear. Standard antilock brakes now worked on all four wheels, in both 2- and 4-wheel drive. Only one engine was available: a 5.7-liter gasoline V8, delivering 210 horsepower. A 5-speed manual gearbox replaced the 4-speed unit, with 4-speed automatic again optional. All models had Insta-Trac 4WD.

Blazers and their Tahoe successors are brawny but civilized, both on-road and off. Acceleration with Blazer/Tahoe gasoline V8s ranks as robust, and these models can pull a heavy trailer with ease. As for economy, an early 2-door Tahoe averaged 12.5 mpg in mostly city driving. Vortec engines of 1996-97 might be a bit more frugal. A 4-door 4WD returned 14.3 mpg.

Road behavior isn’t bad, though body lean is still noticeable–but not as much as in earlier models. When loaded, at least, the big Blazer handles rough pavement with less bouncing and pitching than before. Unladen, the tail still tends to judder sideways over closely spaced bumps. Steering is a bit overassisted, but precise, and this version is quieter on the road than its predecessors.

Step-up into the interior isn’t as high as before, and you get plenty of space for three abreast, with bountiful head and leg room. Dashboards have easy-to-read gauges and handy controls. Rear doors of the 4-door create unprecedented access to the back seat, but door openings are narrow at the bottom, and step-in height is tall. Cargo room in the 4-door benefits from the under-chassis location of the spare tire. Three-door models carry their spares inside.