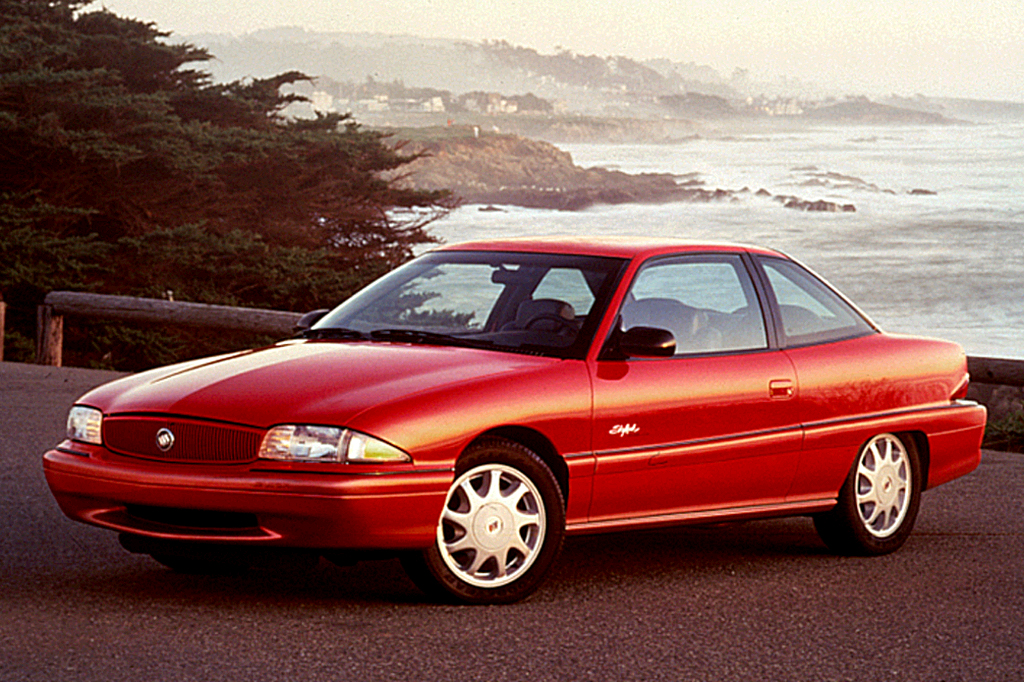 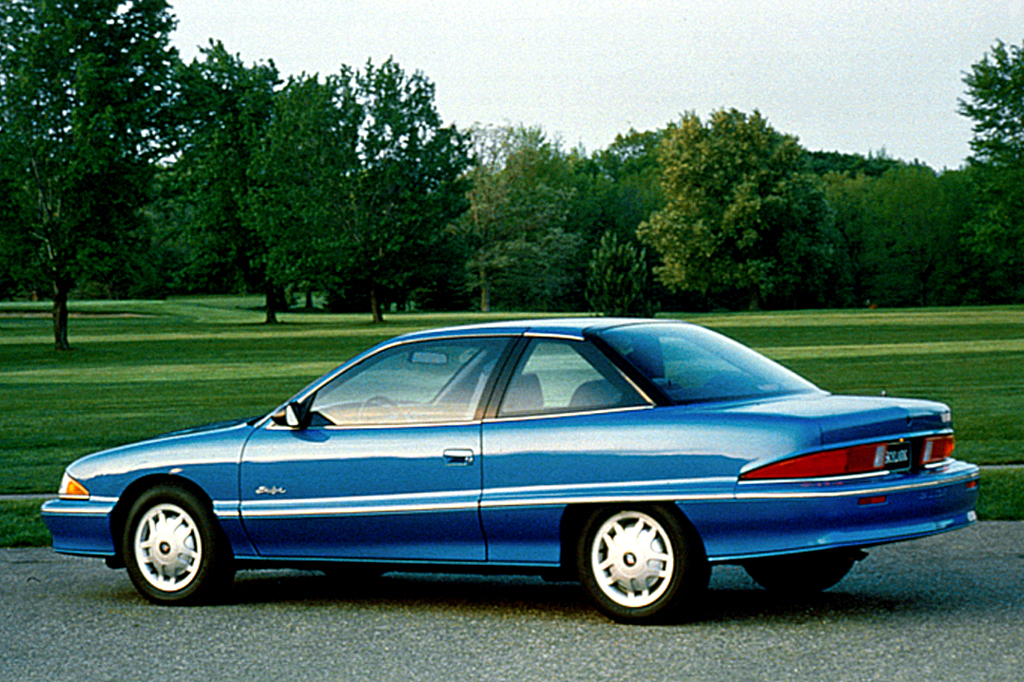 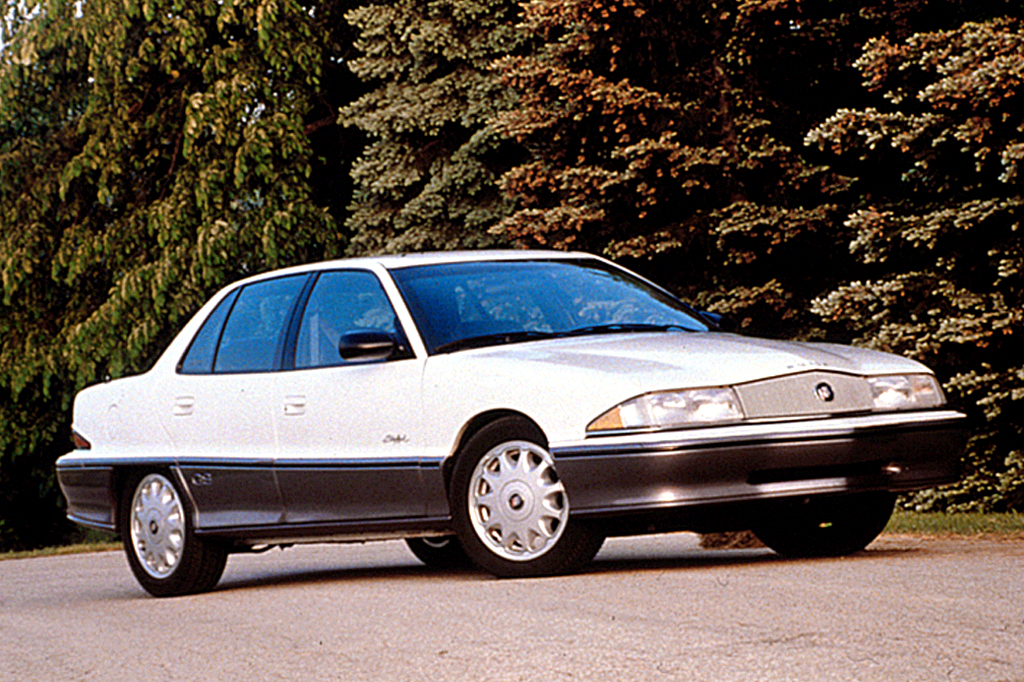 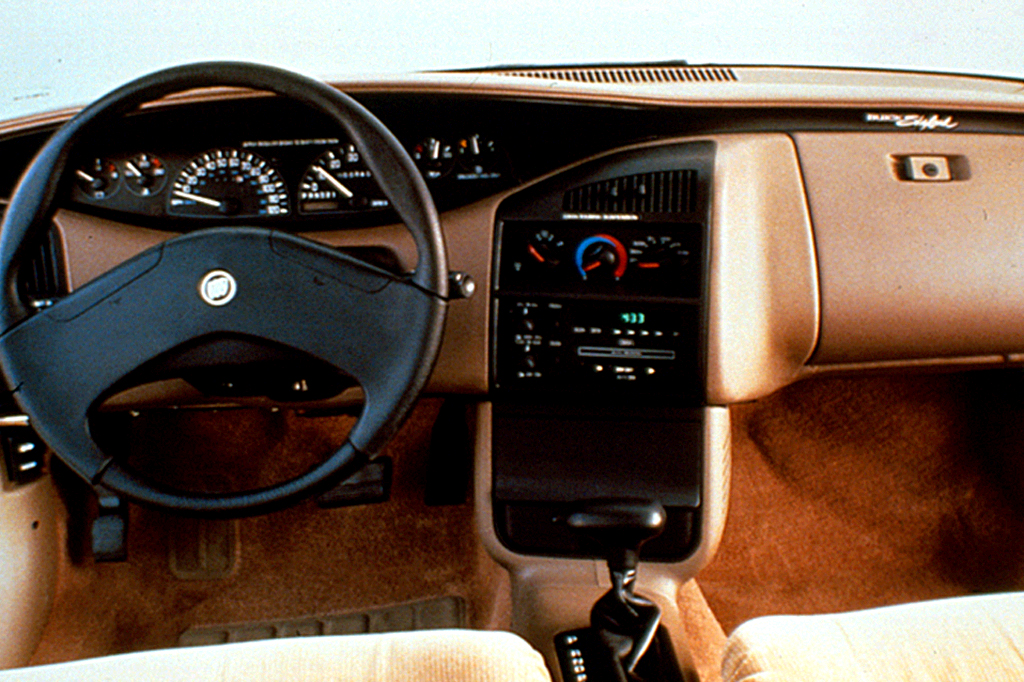 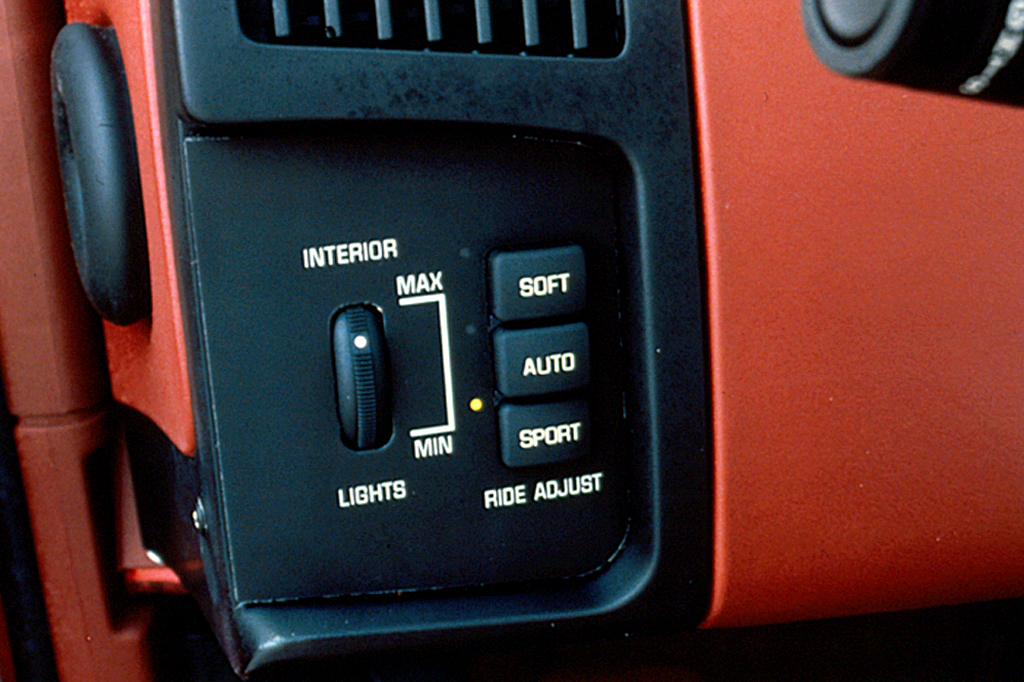 Riding and handling better than prior Skylarks, this more modern Buick can still be a sensible choice, despite loud engines and poor insulation.

Buick redesigned its front-drive compact for 1992, with striking “new age” styling. Wheelbase was the same as before, but overall length grew by 9 inches. Oldsmobile’s Achieva and Pontiac’s Grand Am, on the same platform, look totally different. Base and Gran Sport (GS) editions came in 2- and 4-door sedan body styles. Base models got a Quad OHC 2.3-liter 4-cylinder engine; Gran Sports, a 3.3-liter V6. All Skylarks had antilock brakes, power door locks, and a split folding rear seat. Instead of an airbag, Skylarks had GM’s door-mounted front seatbelts, which could be left buckled for automatic deployment.

Skylarks have had five different engines over this 5-year period, starting with a 120-horsepower, 2.3-liter Quad OHC four and, in the Gran Sport, a 3.3-liter V6. Also optional in base models, the V6 whipped out 160 horsepower. The Quad OHC dropped to 115 horsepower in Skylark’s second season. Both engines were connected to a 3-speed automatic transmission. No 4-speed automatic was available until 1994. A 3.1-liter V6, making 155 horsepower, replaced the 3.3-liter that year and was available only with the new electronic 4-speed automatic, which could be installed in other models. The base engine zoomed to 150 horsepower for ’95, adopting a dual-overhead-cam configuration and Quad 4 designation. A counter-rotating balance shaft reduced vibration. Yet another base engine went into 1996 models, the Twin Cam, displacing 2.4 liters and developing the same 150 horsepower as the previous 2.3-liter four.

Performance from the initial base engine isn’t bad, but that 4-cylinder unit–though quiet enough at cruising speeds–grows noisy and coarse at higher rpm. Acceleration is adequate, but the snarling and growling can annoy. Either V6 is more responsive to the throttle at all speeds, yielding brisk passing power. Road noise gets to be a problem at highway speeds, and poor sound insulation just adds to the unpleasantness.

Unlike previous versions of GM’s Quad 4 engine, the 150-horsepower variant for 1994 is smooth and quiet. Same with the slightly larger Twin Cam that arrived a year later. For that reason, a V6 isn’t nearly as essential for comfortable cruising as it was in 1992-93 Skylarks.

Base suspensions do a poor job of absorbing rough pavement, and lose composure in tight turns. An optional firmer suspension and larger tires make a Skylark feel more agile and responsive, without a big penalty in ride quality. Standard antilock braking is a plus, activating quickly in panic stops; but lack of an airbag on early models is not.

Interior space isn’t bad for four, even in the back seat. Rear leg room is adequate for adults, but there’s not really enough space for stretching out. Access to the back seat isn’t so easy, even in 4-doors.

Clearly marked analog gauges are spread out so far on early models that those at the ends are hidden by the steering wheel. The ample trunk has a bumper-height liftover, but the opening is too small for easy loading of large items.