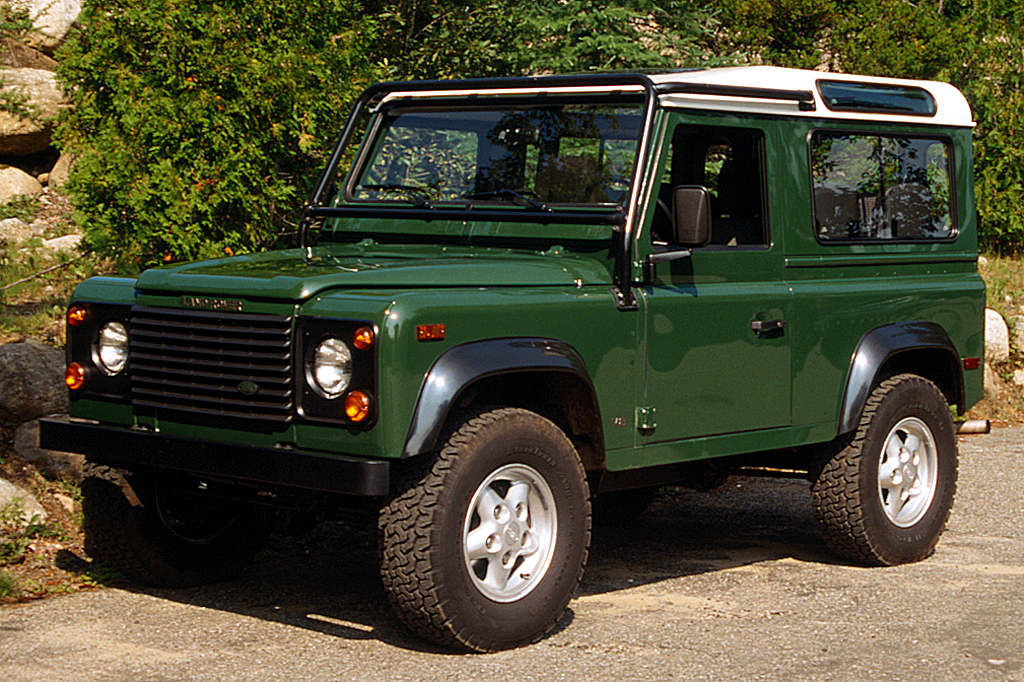 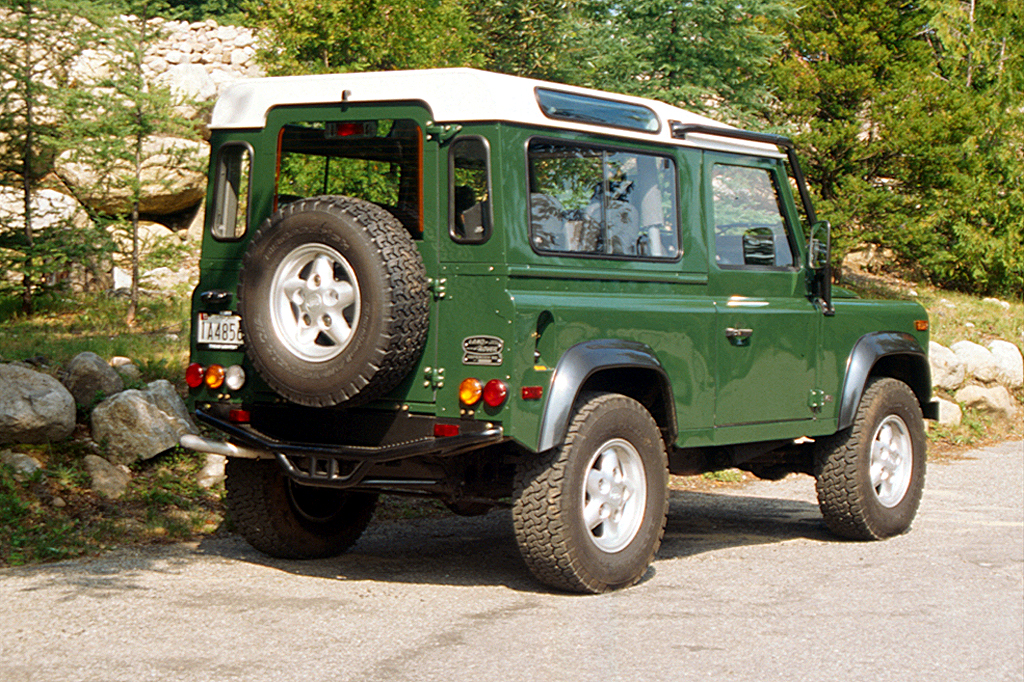 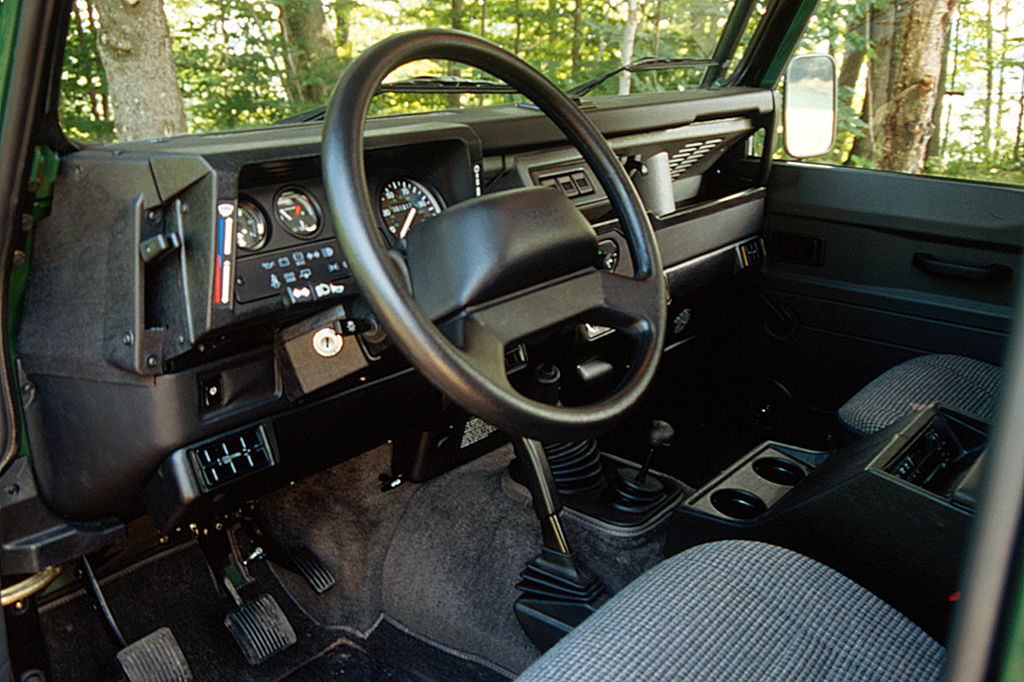 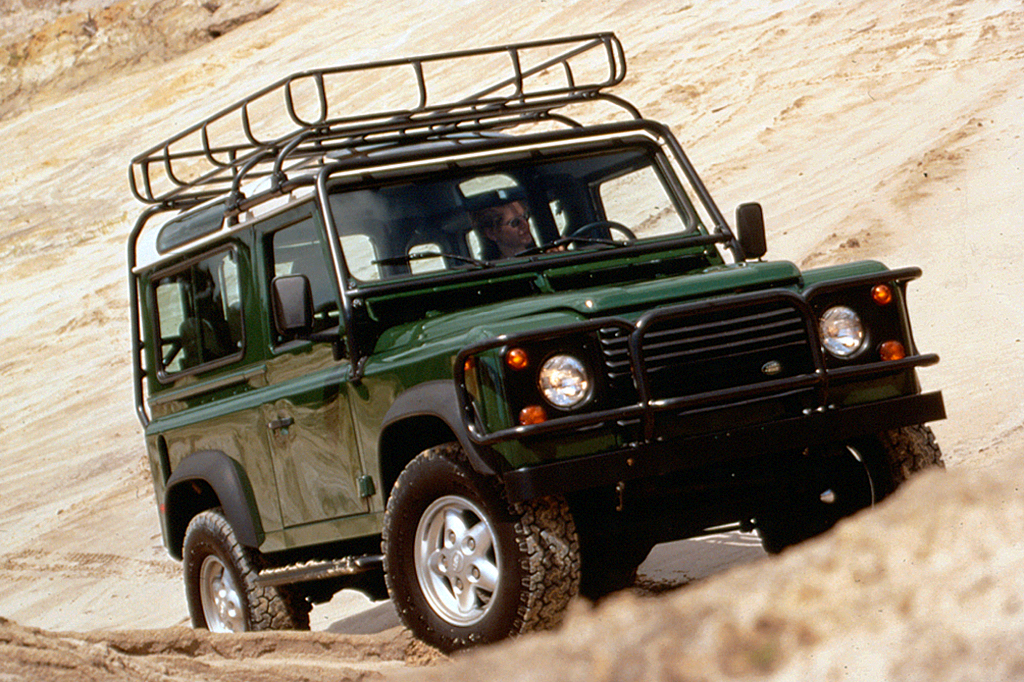 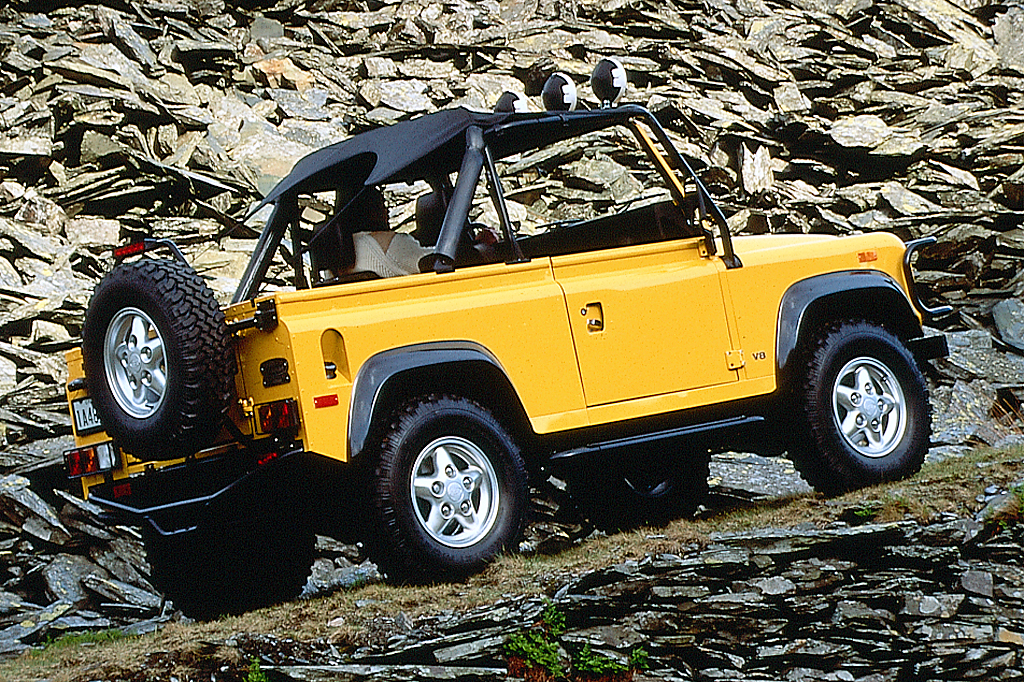 Defender 110 wagons, if one can be found, appeal mainly to people who appreciated the merits of the old Land Rovers, seen in many movies forging their way through African jungle. The Defender 90 ranked more as a lifestyle accessory for “high rollers” than a real sport-utility value. After all, the convertible cost $27,900 in 1994, without a roof or back seat. Neither qualifies as acceptable value today.

Descended from the old slab-sided, utilitarian Land Rovers of the distant past (last sold in the U.S. in 1974), the Defender 110 appeared as a limited edition for 1993. The 4-door wagon was designed primarily for off-road use, and powered by a 3.9-liter V8 engine that made 182 horsepower. Only 500 were built for 1993, the model’s sole season on the market.

With a 110-inch wheelbase, the Defender 110 was 10 inches longer between the axles than a standard Range Rover, and 2 inches more than the new long-wheelbase version of the Range Rover. Overall length ranked between the two Range Rover models. Defender’s V8 engine was similar to the one used in the Range Rover County.

Only a 5-speed manual transmission was offered. Permanently engaged 4-wheel drive was standard.

Seldom seen, due its limited production run, the 1993 Defender 110 wagon was a unique vehicle in it price range. That meant the Defender 110 would appeal to a very narrow audience, when it was new as well as later on.

Safari-ready styling was accompanied by a utilitarian cabin and an exposed roll cage. Not as crude or noisy as its back-to-basics appearance would suggest, the Defender 110 was nevertheless not well-suited to everyday on-road driving. Gas mileage is no bonus, either. We averaged just 12.5 mpg, in mostly in-town driving.

As for the Defender 90, a few more examples might be found on the used-car market–but not many. Land Rover sold just 1468 Defender 90 convertibles in the U.S. in 1994, followed by 1571 in 1995. This was also a low-production vehicle, aimed at a select audience. Not many ordinary sport-utility buyers, after all, would be content with a vehicle that came from the factory without a roof or back seat and with carpeting an option.

A stark, less-than-basic interior also limited the Defender 90’s attractiveness. By comparison, a Jeep Wrangler of this period looks practically lavish and refined.

On the plus side, its V8 engine gives the Defender 90 a healthy dose of power, which can be most welcome when traversing difficult off-road terrain, and also back on the highway.