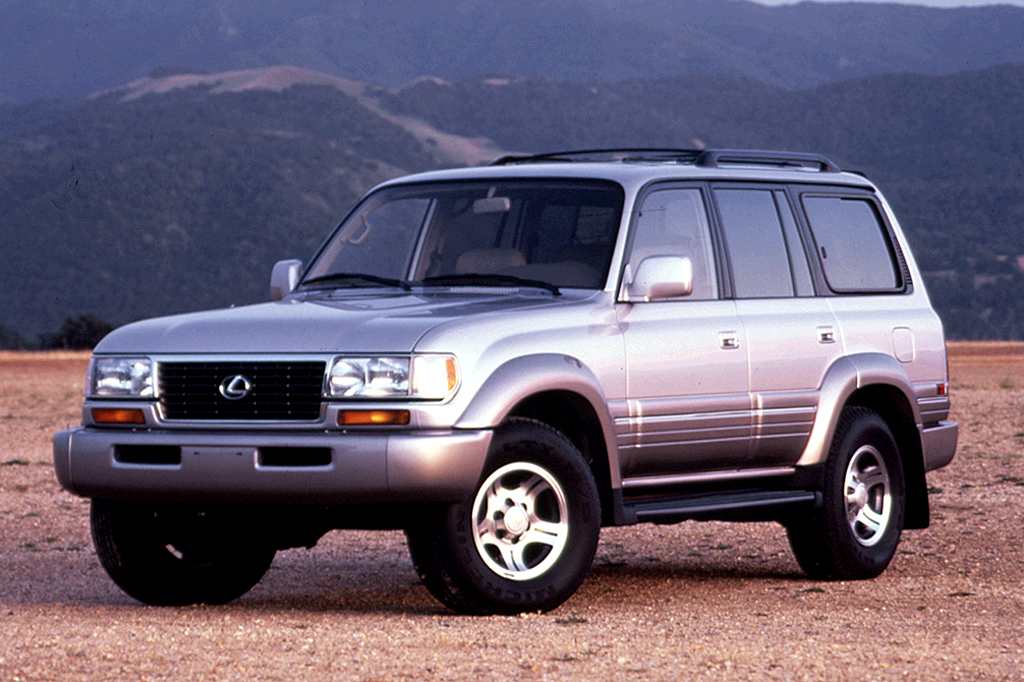 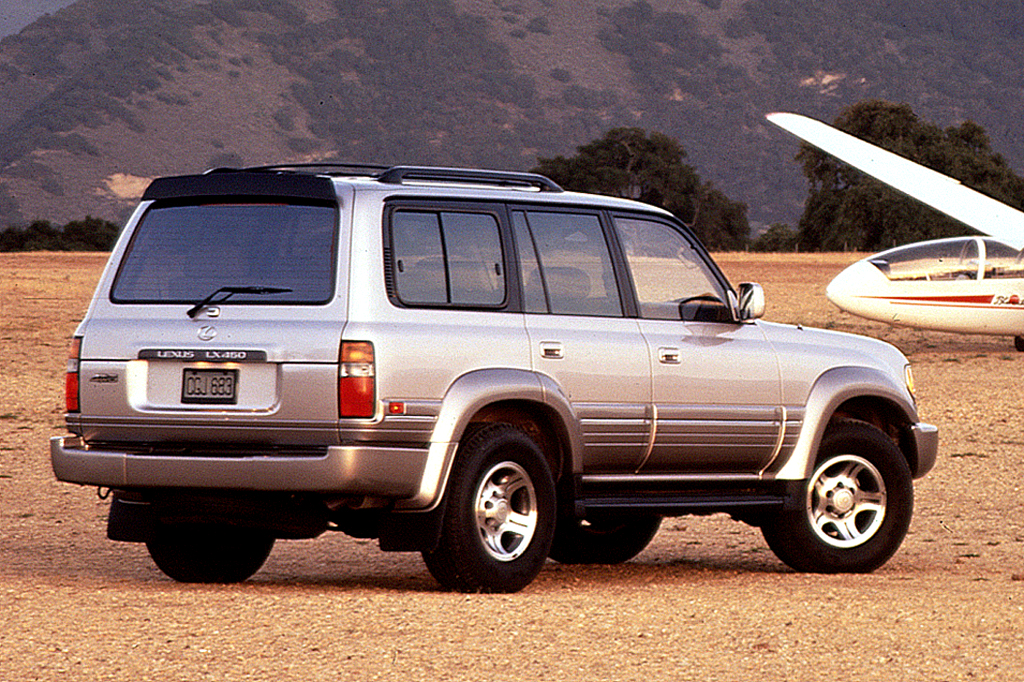 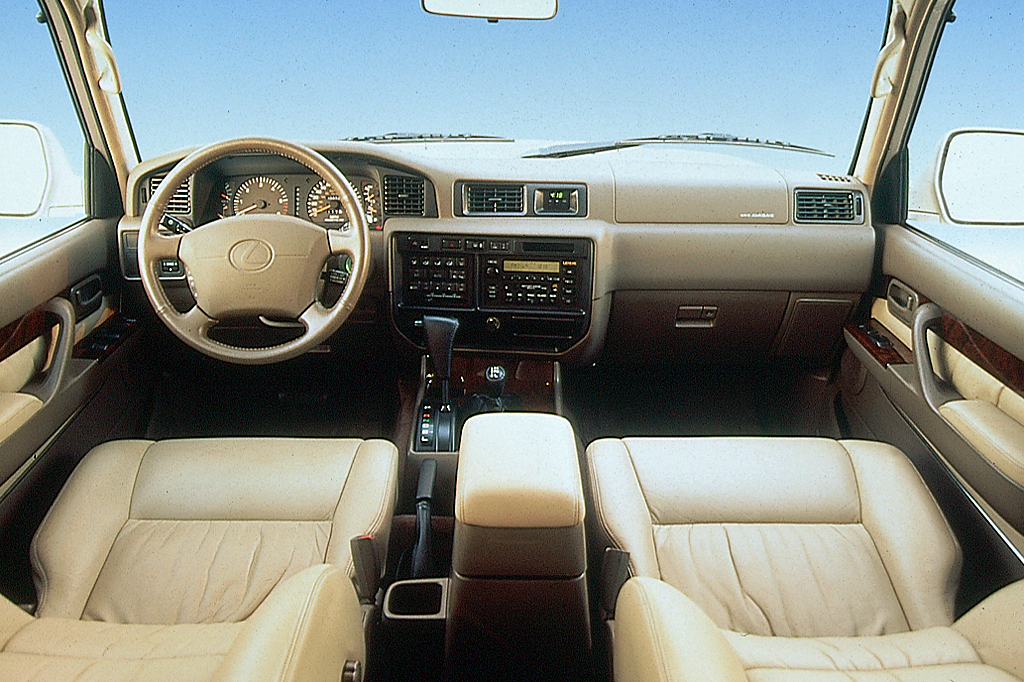 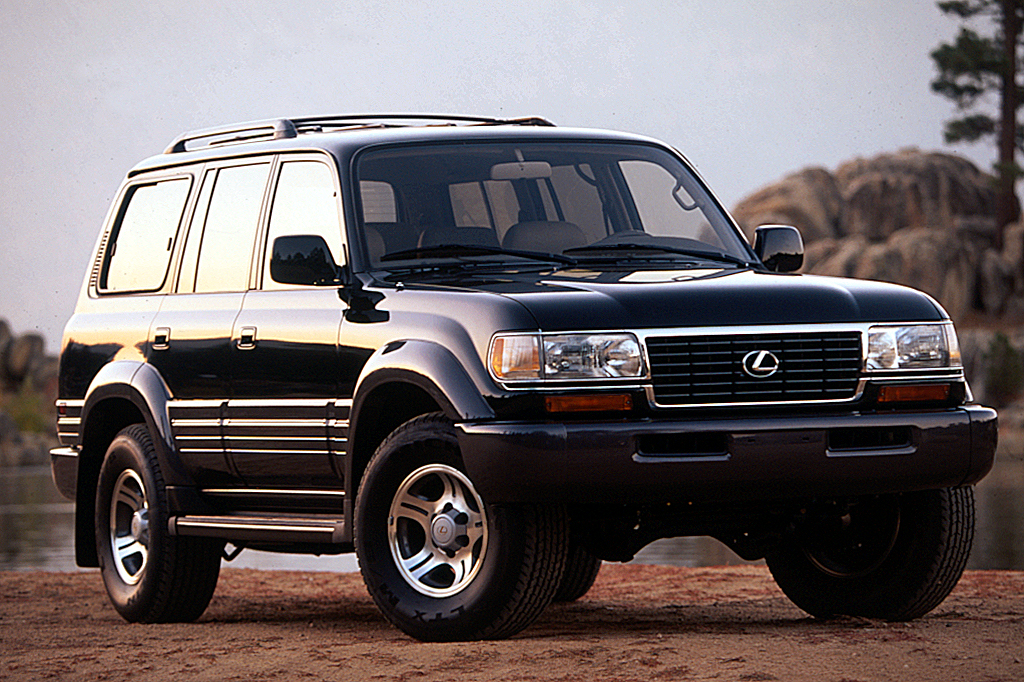 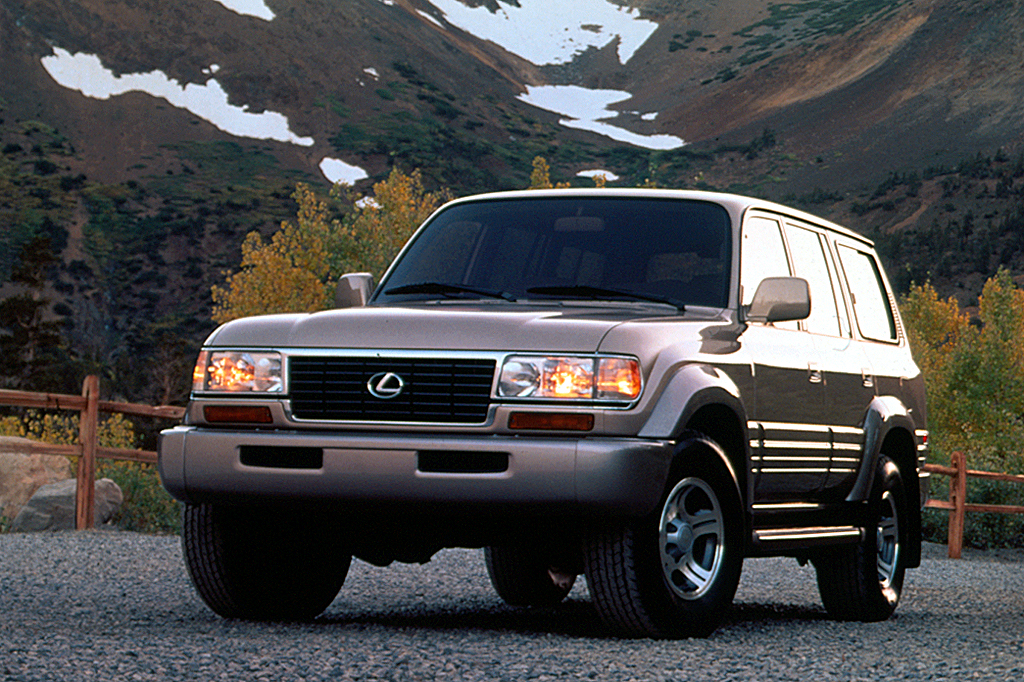 When new, an LX 450 cost some $7000 more than its Toyota Land Cruiser counterpart. Quite a premium to pay for the prestige of the Lexus name and the more attentive service expected from a Lexus dealer. Secondhand prices don’t differ quite so much.

Essentially a dressed-up version of the Toyota Land Cruiser, the Lexus rendition debuted early in 1996 to compete against the growing number of upscale sport-utility vehicles. Like the Land Cruiser, the LX 450 was a 4-door wagon with a 212-horsepower, 4.5-liter twin-cam 6-cylinder engine, 4-speed automatic transmission, and permanently engaged 4-wheel drive. Dual airbags and antilock brakes were standard. According to Lexus, the LX 450 combined “luxury car convenience with superior on/off-road performance.”

Seating for seven was standard, including two front buckets, a 3-place bench in the middle, and two folding rear seats. Only three options were available: a power moonroof, CD changer, and locking differentials. Principal rivals included the Range Rover, Acura SLX (itself a dolled-up Isuzu Trooper), and top-line versions of the Ford Explorer and Jeep Grand Cherokee.

Only one powertrain was available: a 4.5-liter, dual-overhead-cam inline 6-cylinder engine rated at 212 horsepower, driving a 4-speed automatic transmission.

As with Toyota’s version, acceleration with the 6-cylinder engine is adequate, but fuel economy ranks as dismal. A test LX 450 averaged a miserable 11 mpg in a mix of city, suburban, and highway driving–markedly below the EPA rating.

Although the softer suspension irons out road bumps better than the Land Cruiser can manage, this abundantly sized vehicle feels heavy, even ponderous. It doesn’t even approach the cushy ride of a Lexus sedan, and definitely does not ease past every pavement imperfection.

With more sound insulation than a Land Cruiser, the LX 450 suffers less road noise and feels more isolated from the outside world. The huge interior offers bountiful passenger and cargo room. Simulated wood trim and standard aromatic leather help give it a luxury feel. On the down side, getting in and out is a chore because the vehicle sits so high off the ground.