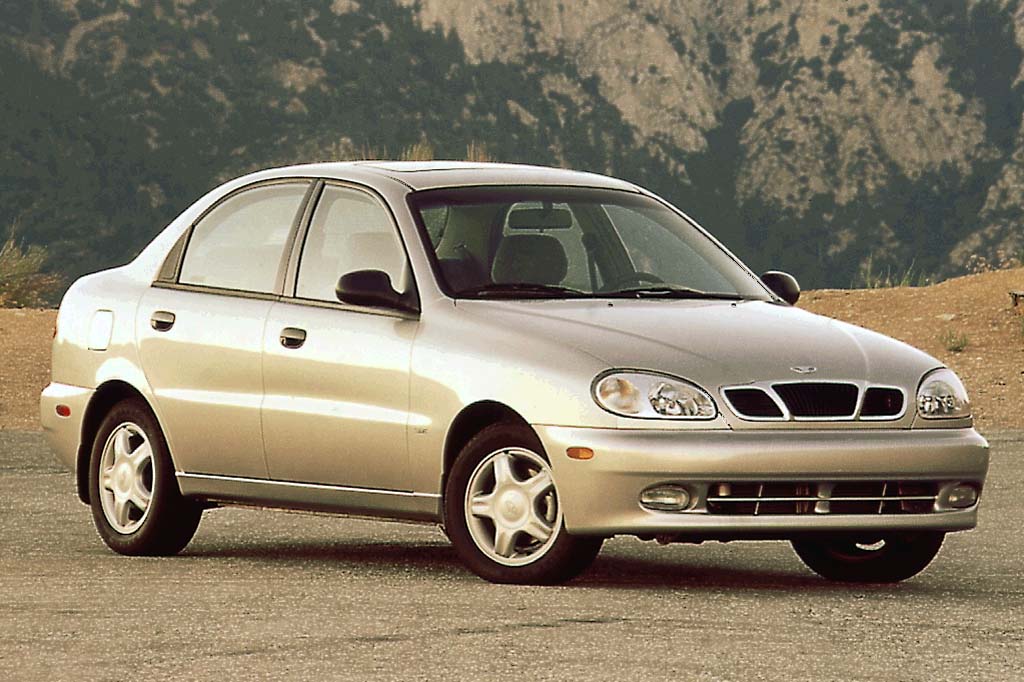 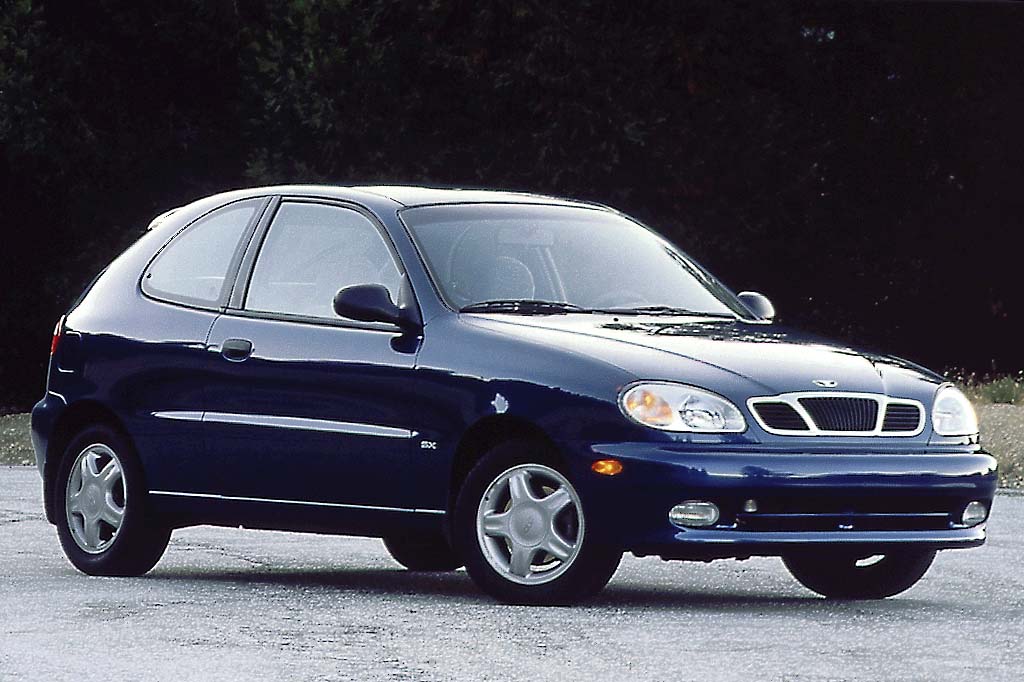 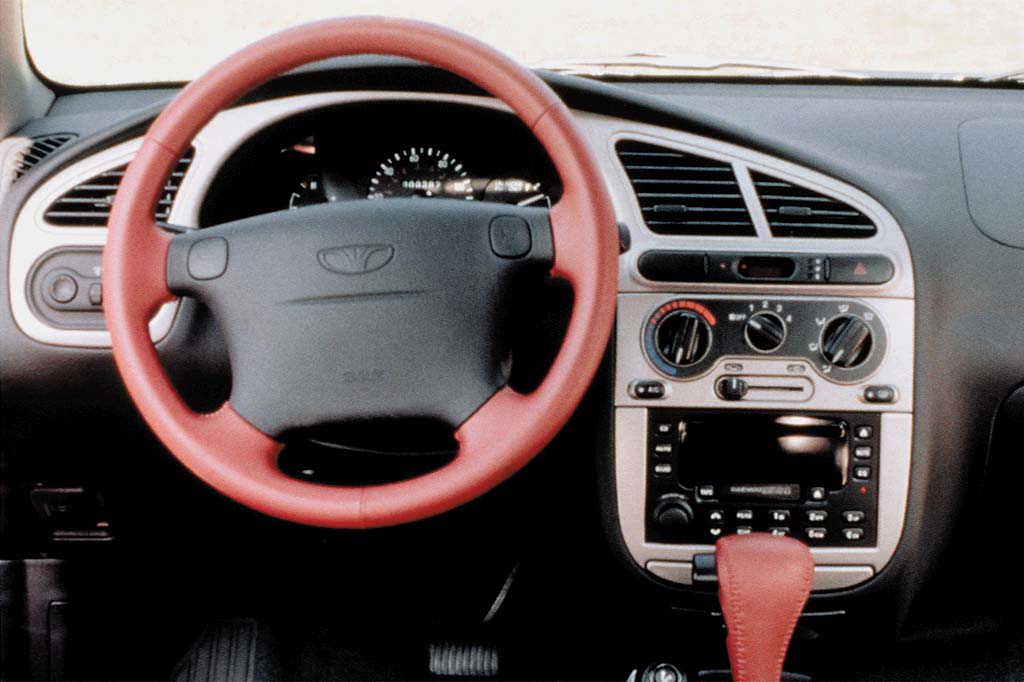 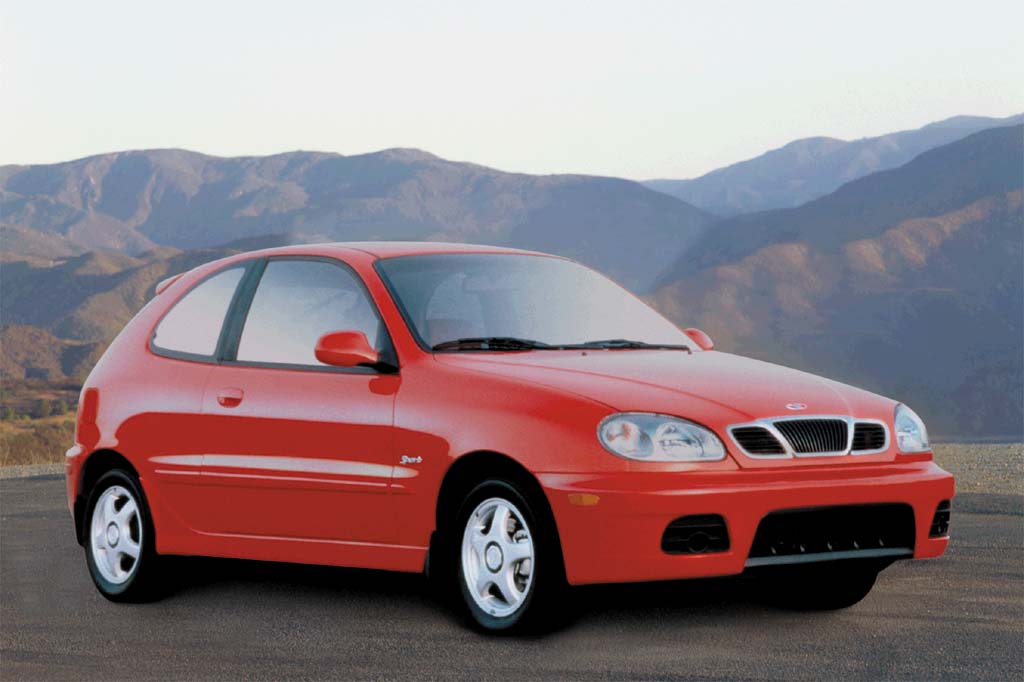 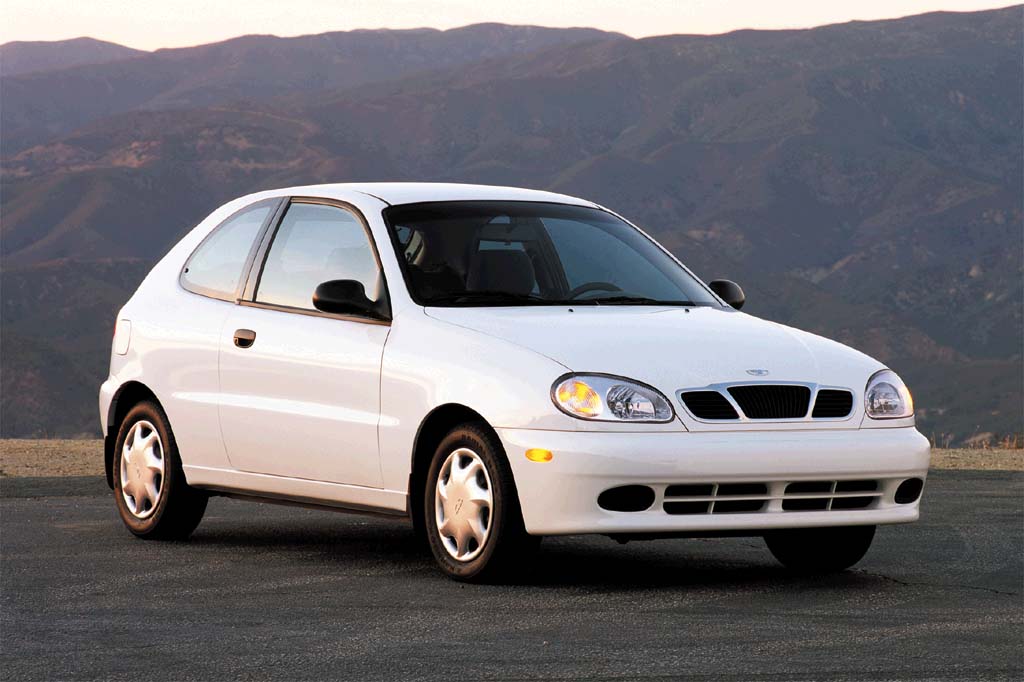 Though seemingly quite affordable, the Lanos isn’t really all that cheap for a car that ranks only average in most respects–and disappointing in several major areas. It’s definitely not a wise entry-level buy, especially since Kia and Hyundai rivals are better developed and more appealing, and came with much longer, more comprehensive warranties. We’d opt for one of those, or for a Japanese or American alternative that offers superior refinement and customer support, for a little more money. A Ford Escort or Dodge Neon, for instance, offers superior refinement and customer support.

Lanos is the smallest member of the trio of passenger cars that emerged in 1999 from Daewoo, the third South Korean automaker to enter the U.S. market. The front-drive subcompact came as a two-door hatchback or four-door sedan, in S, SE, and top-of-the-line SX trim. Main rival was the similar-sized Hyundai Accent, also produced in Korea, but Lanos models also competed against the Dodge/Plymouth Neon, Ford Focus, Ford Escort/ZX2, Honda Civic, Hyundai Accent, and Toyota Echo.

All versions used a 1.6-liter, dual-overhead-cam four-cylinder engine, offered with five-speed manual shift or an optional four-speed automatic transmission. Antilock braking was optional, except on base S models.

At first, Daewoo recruited teams of students to promote the car on college campuses. Before long, though, conventional dealerships began to spring up around the country, Buyers got a roadside assistance program as part of the purchase.

Throughout its life on the U.S. market, the Lanos used a single powertrain: a dual-cam four-cylinder engine making 105 horsepower, coupled with either a five-speed manual or four-speed automatic transmission.

Crude, loud, and coarse, the little Lanos is something of a throwback to imported cars of an earlier era. In comparison, the Korean-built Hyundai Accent and Kia Rio come across as civilized and refined. So do a host of Japanese- and American-brand small cars that cost more, but deliver a far greater level of quality and confidence.

Falling well short of the competition in acceleration and quietness, the Lanos can nevertheless be almost fun to drive–but in the older-import sense, not the modern mode. Performance is at least passable with manual shift, and it gets around town well enough, but this is not a great choice for long highway drives. The automatic transmission can behave in a jumpy manner at times. Lack of available antilock braking in 2001-02 models is another drawback.

Rear-seat room is more limited than in some competitors, true, but it’s actually rather spacious when you consider the Lanos’s exterior dimensions. Interior details are on the bargain-basement level.

Still, the biggest disadvantage of buying a Daewoo is the highly uncertain future for the remaining dealerships. As of mid-2002, no one is sure where, or how, the existing cars will be serviced.