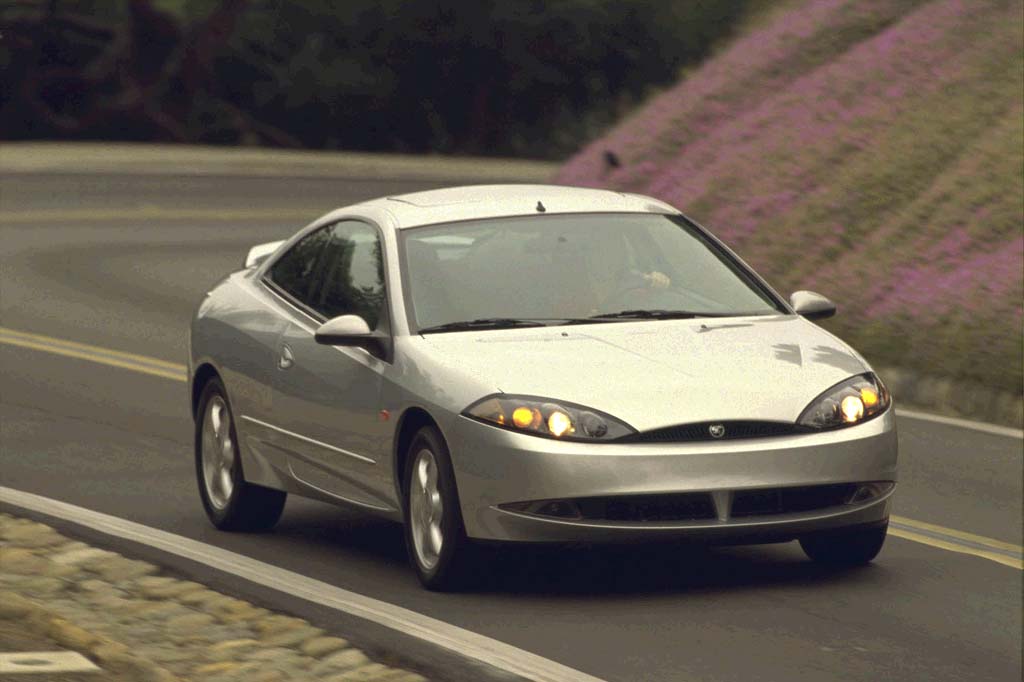 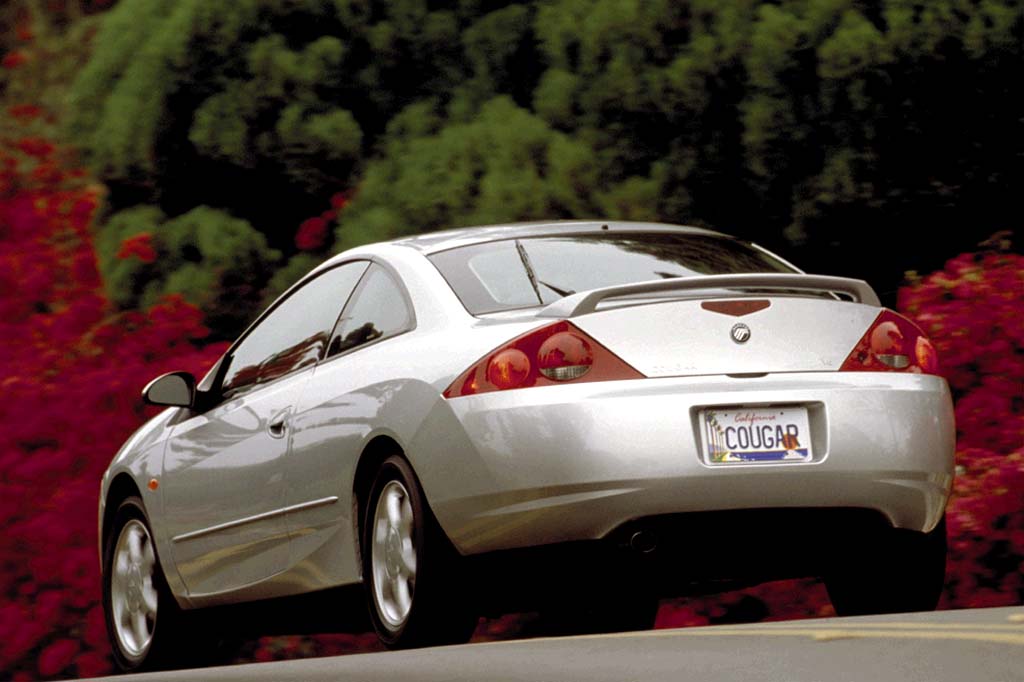 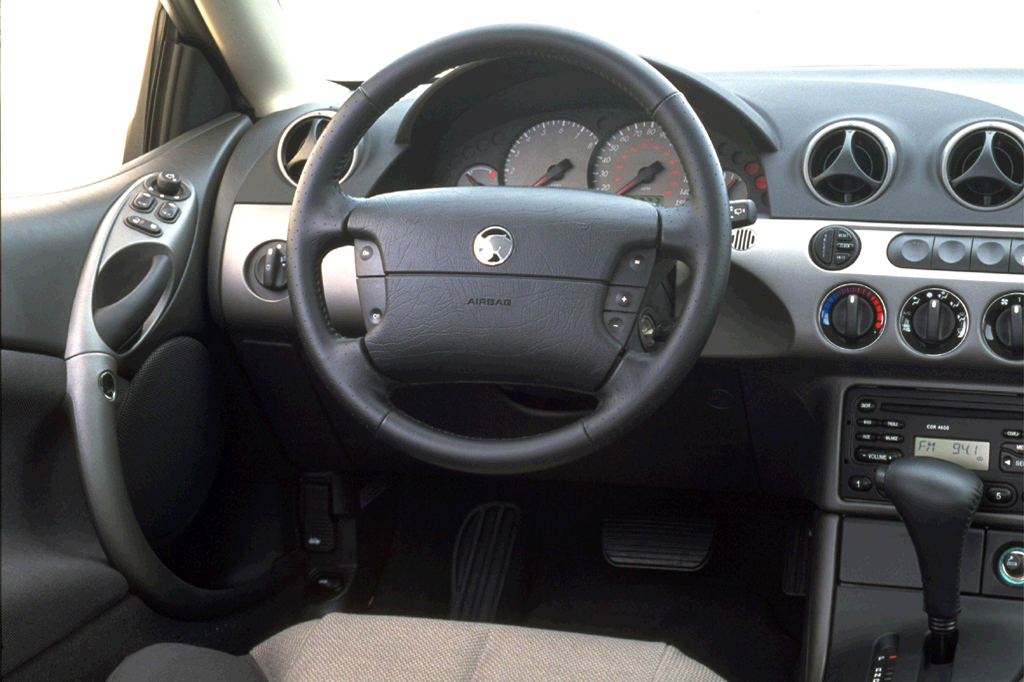 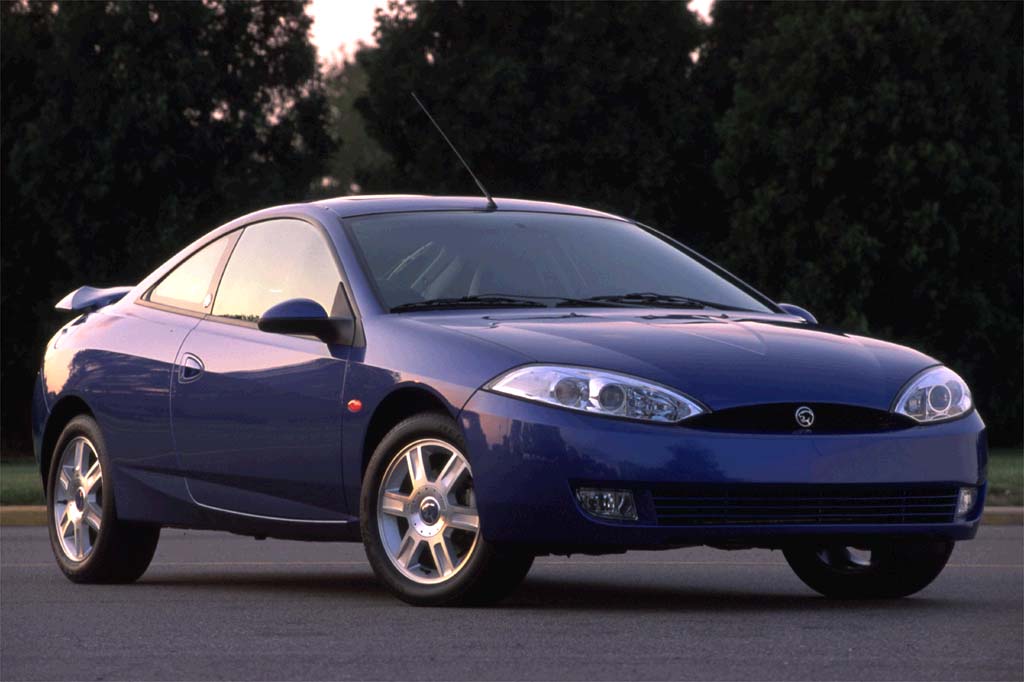 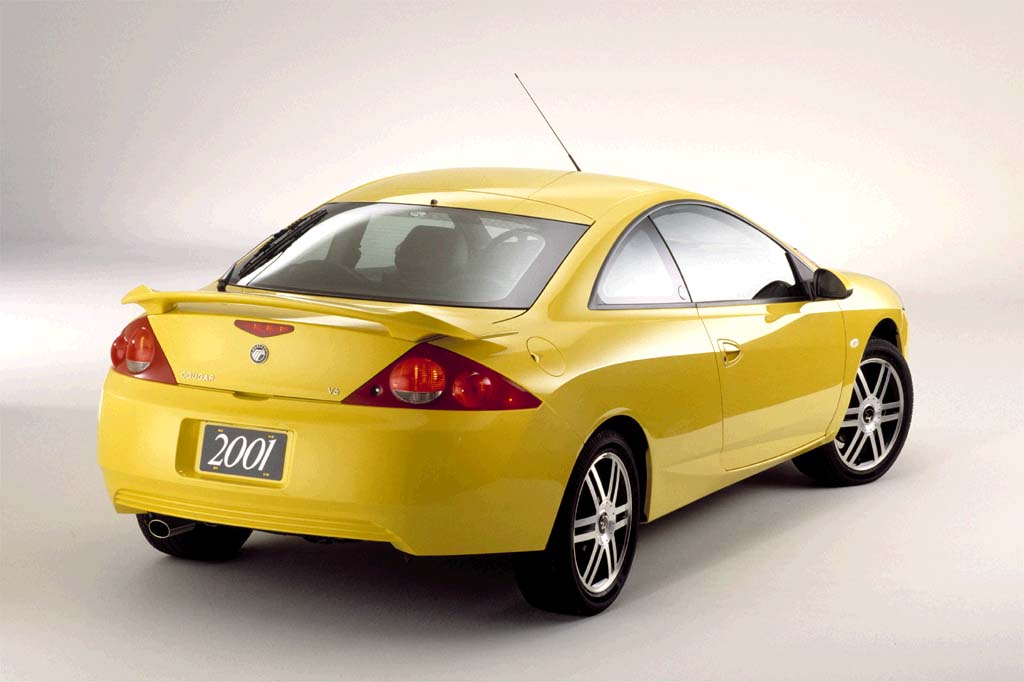 With their “new-edge” look, Cougars earn points for style and originality in the trendy sports-coupe segment, but score weaker in practical virtues and driving satisfaction. Most competitive threat is the Mitsubishi Eclipse, which was much improved for 2000 and handles better. A Dodge Avenger/Stratus coupe is roomier, and an Acura CL or Honda Prelude costs considerably more.

Far different from the Thunderbird-related Cougars of the past, the revived Cougar for 1999 was a compact, front-drive sports hatchback coupe with seating for four. Its goal: to enliven Mercury’s image. Despite its sharp-edged styling, the 1999 Cougar was based on the Ford Contour/Mercury Mystique sedans. Overall, the Cougar measured just an inch longer. Engines were the same as those used on Contour/Mystique, but Cougars got a firmer suspension and tighter steering. The base 4-cylinder teamed only with manual shift, while a 4-speed automatic was available with the 2.5-liter V6. Options included front side-impact airbags, antilock braking, and traction control (with V6 only). A V6 Sport Group included rear disc brakes (rather than drums) and 16-inch wheels instead of the usual 15-inchers. A split folding rear seatback was standard in the sporty four-passenger interior.

Cougars came with two distinct engines: a 125-horsepower 4-cylinder (manual shift only), or a 170-horsepower 2.5-liter V6 that could be equipped either with a five-speed or with an optional 4-speed automatic transmission.

Reasonably peppy with the base engine, a Cougar gains some low-end muscle if equipped with the V6, but passing power is unimpressive. So is acceleration, with almost 10 seconds needed to reach 60 mph in an automatic-transmission Cougar. The automatic shifts fluidly, but hunts annoyingly between gears in hilly terrain and lacks a provision to lock out overdrive fourth gear. Neither engine matches Japanese-brand rivals for refinement or high-revving fun. As for economy, we averaged 19.9 mpg with a five-speed V6, and 20.7 with automatic. Cougars handle well, gripping nicely in sweeping turns, but lack the twisty-road agility and poise offered by most import brands. A long wheelbase (for a coupe) hampers nimbleness, but helps the base suspension yield a relatively comfortable ride. The V6 Sport Group improves roadability, but at the expense of a thumpy, nervous ride. Brake-pedal feel has been inconsistent, ranging from mushy to touchy on new test models, though stopping power is adequate. Road rumble and exhaust noise are intrusive. Front head and leg room are adequate in a rather claustrophobic interior. Bucket seats afford good lateral support, but aren’t the most comfortable. The cramped rear seat is for preteens, with poorly shaped cushions. Split folding rear seatbacks provide generous cargo space, but liftover is high. Lack of a redline on the tachometer, and low radio controls, mar an otherwise appealing dashboard. In addition, the cabin abounds with hard, cheap-looking plastic.