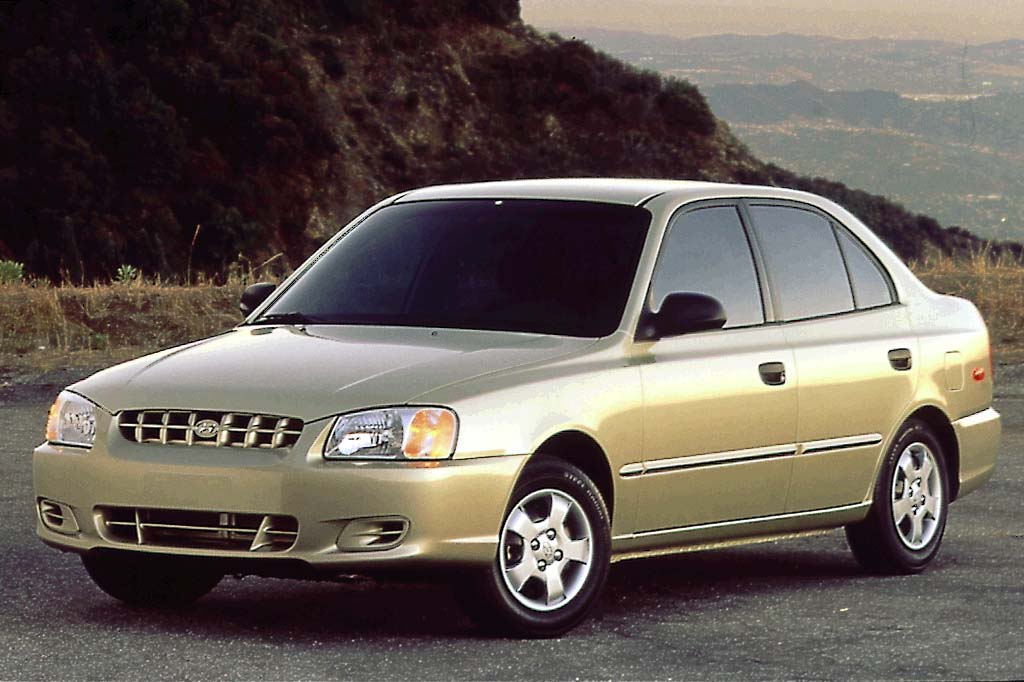 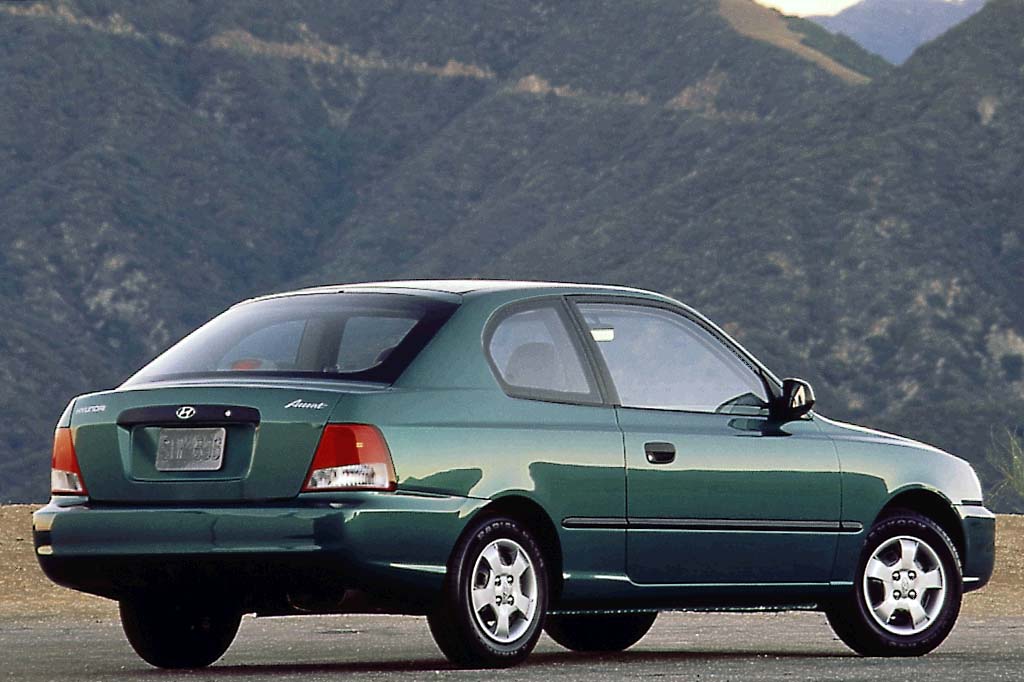 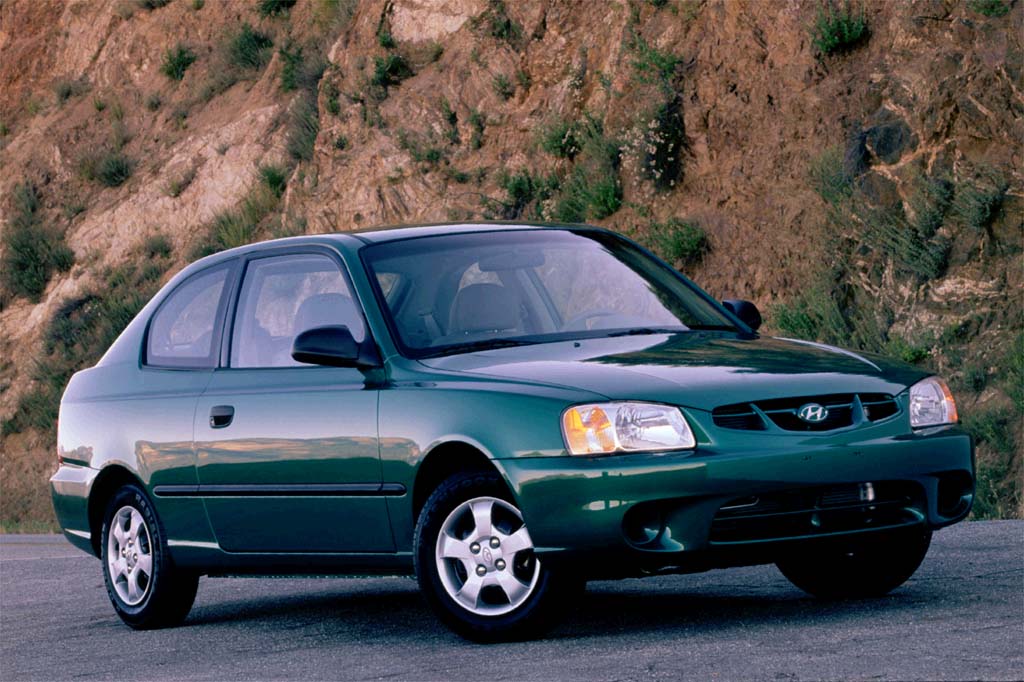 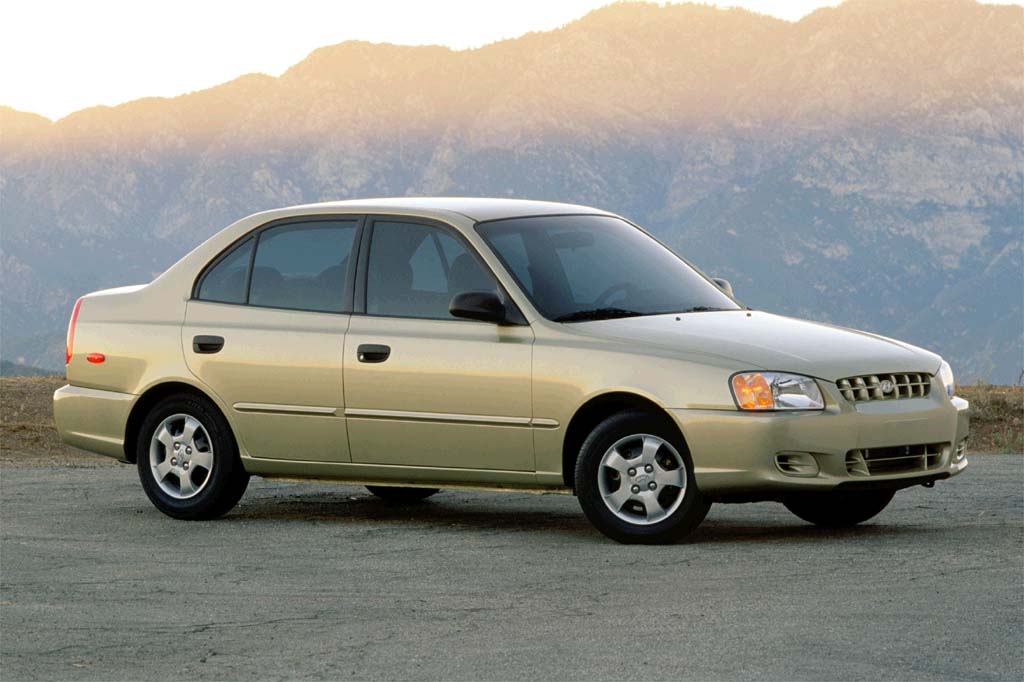 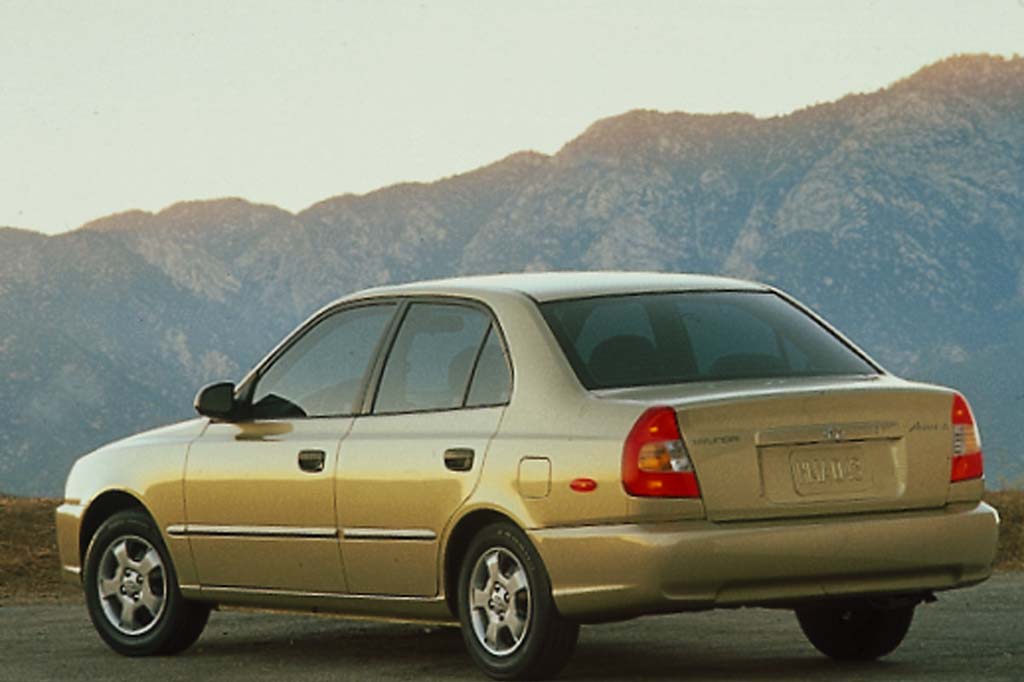 Affordable without seeming cheap, an Accent is worth considering as a bargain-basement commuter car. Because it trails most non-Korean brands in resale value, used-car prices can be appealing. Most rivals offer better performance and refinement for a little more money.

Two body styles were offered: a two-door hatchback in base or GS trim, and a four-door sedan that came only in top-level GL guise. The 1.5-liter four-cylinder engine produced 92 horsepower, with a standard five-speed manual transmission. A four-speed automatic transmission, optional in GS and GL models, featured Hyundai’s Adaptive Logic, which was designed to limit unnecessary gear changes on grades or while decelerating.

Hyundai claimed that the new-generation Accent was less noisy, smoother, with a better transmission. Reinforced A- and B-pillars were installed, and the cowl crossbar was strengthened. Double-sealed doors also were installed.

Accent was one of the few mainstream passenger cars that did not offer antilock braking. The low-end L edition didn’t even have power brakes as standard equipment, but all models had power steering.

Hyundai offered one of the industry’s longest warranties: 5-years/60,000-miles bumper-to-bumper, and 10-years/100,000-miles for the powertrain.

Two four-cylinder engines were originally available. A 1.5-liter that produced 92 horsepower went into all models in 2000, and was retained by the L hatchback later. Hyundai’s dual-overhead-cam, 1.6-liter four, rated at 105 horsepower, went into GS and GL models for 2001. That engine could mate with a five-speed manual gearbox or optional four-speed automatic transmission, but the Accent L came only with manual shift. For 2003, all models got the larger engine.

Acceleration is barely acceptable with the 1.5-liter engine, even with manual shift. A test model took 11.2 seconds to reach 60 mph.

The optional automatic transmission performs well and does a nice job of resisting erratic shifting on hills. Passing with either transmission will require noisy, full-throttle operation. An automatic Accent struggles quite hard on significant upgrades, succeeding only after considerable huffing and puffing.

Small bumps are absorbed acceptably well, but like most subcompacts, the Accent can be a rough rider at times. Large potholes transmit jolts, and the going gets jiggly on washboard surfaces.

Cornering grip is modest, thanks to underachiever tires, but the Accent handles with predictable assurance. Body lean is moderate. Simulated panic stops without ABS are passable, despite some rear-wheel lockup. Hyundai keeps noise and vibration to competitive levels, but engine and road sounds do intrude.

Front seats are comfortable and supportive for everyday commuting, though longer trips may prove tiring. Taller drivers might feel crowded, as the seat does not offer much rearward travel. The back seat is too narrow for three adults, too flat to provide good support, and too cramped to give anyone six feet tall much leg or head room. Rear-seat entry/exit is tight, even in the four-door model.

Clearly marked controls are within easy reach. A rather high rear deck pinches the view through the back window, but visibility is good otherwise. Trunk space also is good, beneath a short, narrow lid. On the whole, the Accent is solid, well-detailed, and decently built.