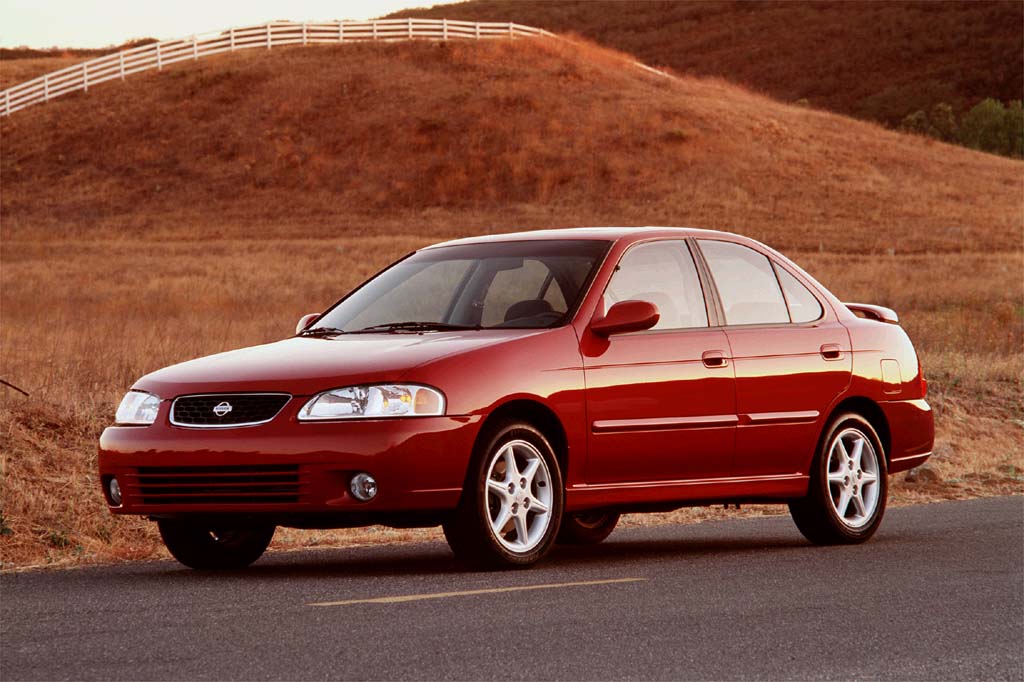 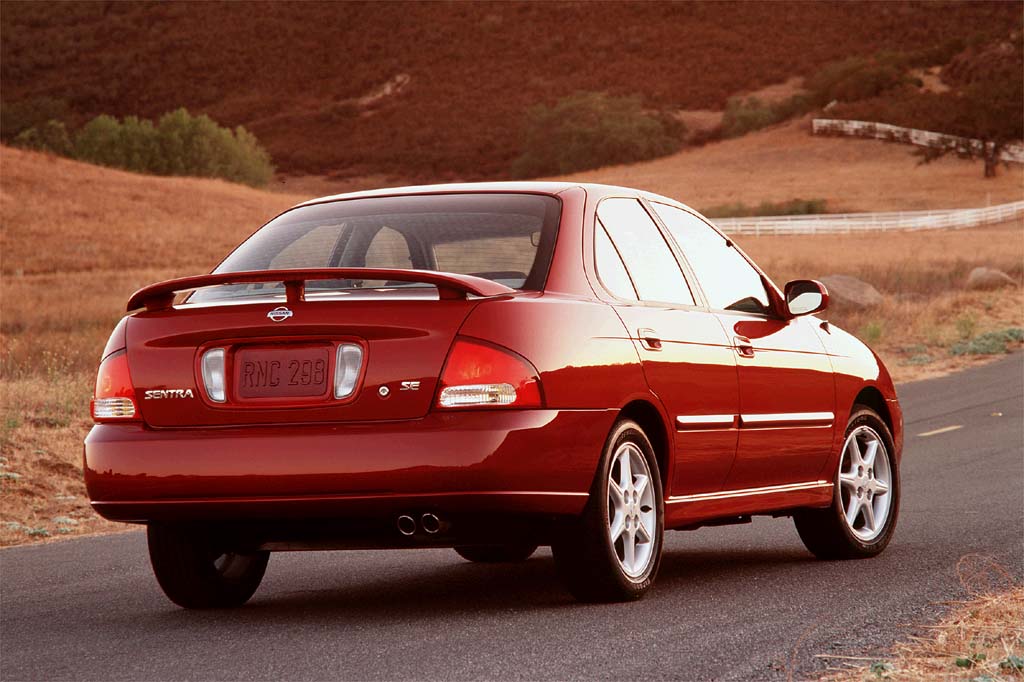 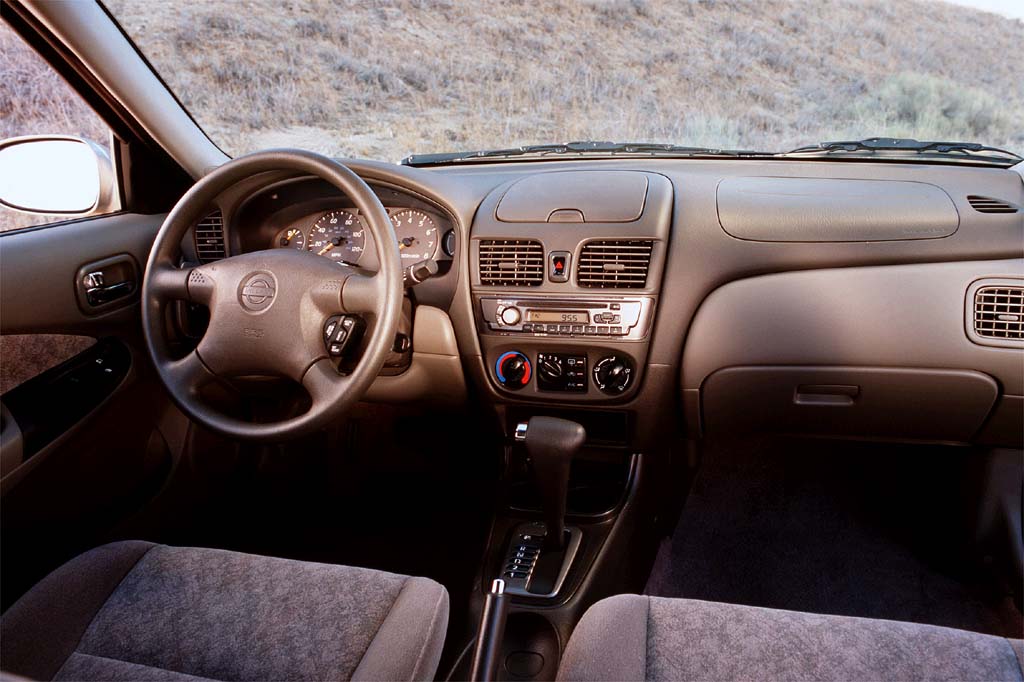 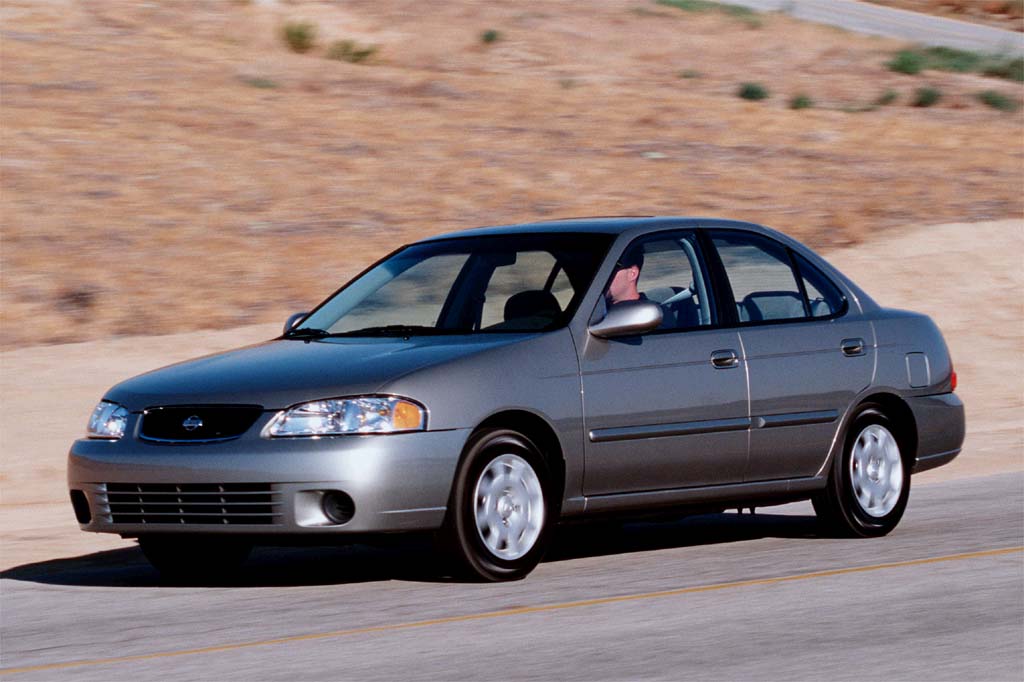 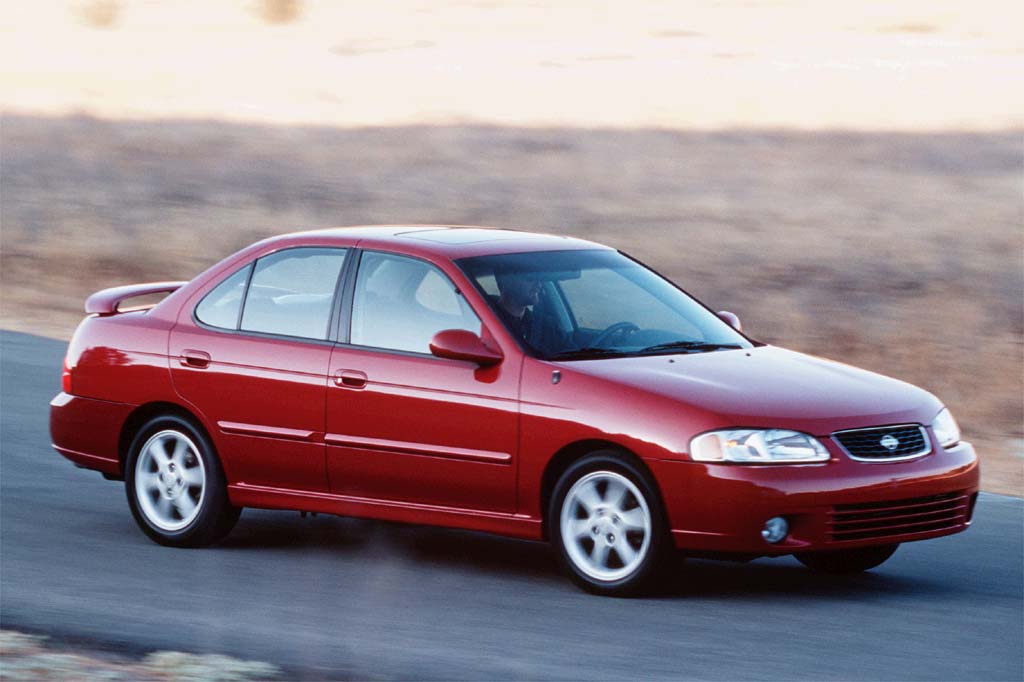 Not as refined as a Civic or as roomy as a Ford Focus, Nissan’s “entry-level” sedan is solid enough–and priced right on the secondhand market.

Nissan redesigned its smallest sedan for 2000, with bigger dimensions for its fifth generation. Introduced after the 2000 model year began, the “entry-level” 4-door was the first version to be designed exclusively for the U.S. market. XE and uplevel GXE versions used a 1.8-liter 4-cylinder engine that made 126 horsepower. The sportier SE got a 145-horsepower 2.0-liter four. A 5-speed manual transmission was standard with either engine, but a 4-speed automatic was optional. A special Sentra CA, sold in California, met that state’s Super Ultra Low Emission Vehicle requirements. Antilock brakes and front side airbags were optional, as a package for the GXE and SE only. The SE sedan had standard 4-wheel disc brakes and was the only Sentra available with a sunroof. XE and GXE models rode on 14-inch steel wheels, while the SE got standard 15-inch alloy wheels. An in-dash CD changer was optional only for GXE and SE sedans.

Sentras came with either of two dual-overhead-cam 4-cylinder engines, depending on model. A 1.8-liter four rated at 126 horsepower went into the XE and GXE, while the SE sedan used a 145-hp 2.0-liter. Both engines came with 5-speed manual shift or an optional 4-speed automatic transmission. The 145-hp SE model was replaced by the SE-R and SE-R Spec V. These new models had a larger 4-cyl engine with 165 hp in the SE-R and 175 in the Spec V.

Sentras don’t exactly feel underpowered. SE-Rs are among the quickest subcompact cars: 7.8 sec 0-60 for SE-R, 7.0 sec for Spec V, Nissan says. Still, a test GXE with a manual transmission needed a relatively leisurely 9.9 seconds to reach 60 mph. Automatic adds at least a second to that pace. With its bigger engine, the SE is quicker–but not by all that much unless it has the 5 speed, which helps this small sedan feel quite spirited. Automatic transmissions are smooth and responsive enough, but some 5 speeds have suffered imprecise shift action and overly sharp clutch engagement, which makes smooth driving tricky. As for economy, a GXE averaged 24.9 mpg, while an SE managed 28.5 mpg. Both had manual shift.

Sentra’s base suspension delivers safe, predictable front-drive handling, but only modest cornering grip on its standard all-season tires. Some bounding at higher speeds is noticeable, as is marked wheel patter on washboard-surfaced freeway segments. Although the ride isn’t really bad, the suspension is less absorbent than that of a Honda Civic, Volkswagen Jetta, or Toyota Echo. A firmer suspension gives the SE sportier handling, with a slight loss of ride comfort. No model is really quiet, with tire roar higher than the class norm. Even without ABS, a GXE stopped in reasonably short distances with little nosedive and easy pedal modulation, but some sudden wheel lockup.

Interior space could be more generous. The lack is most noticeable in back, where 6-footers can sit upright but have little leg or foot space if the front seat is pushed all the way back. Front seats don’t move far, either, so tall drivers might also feel cramped. Entry/exit is hindered by small rear door openings. Gauges and controls are simple and handy. The radio is high, but smallish buttons and markings make it a little hard to use. Interior storage is above average, but trunk space is not, aggravated by a moderate-size opening and scant height beneath the parcel shelf.