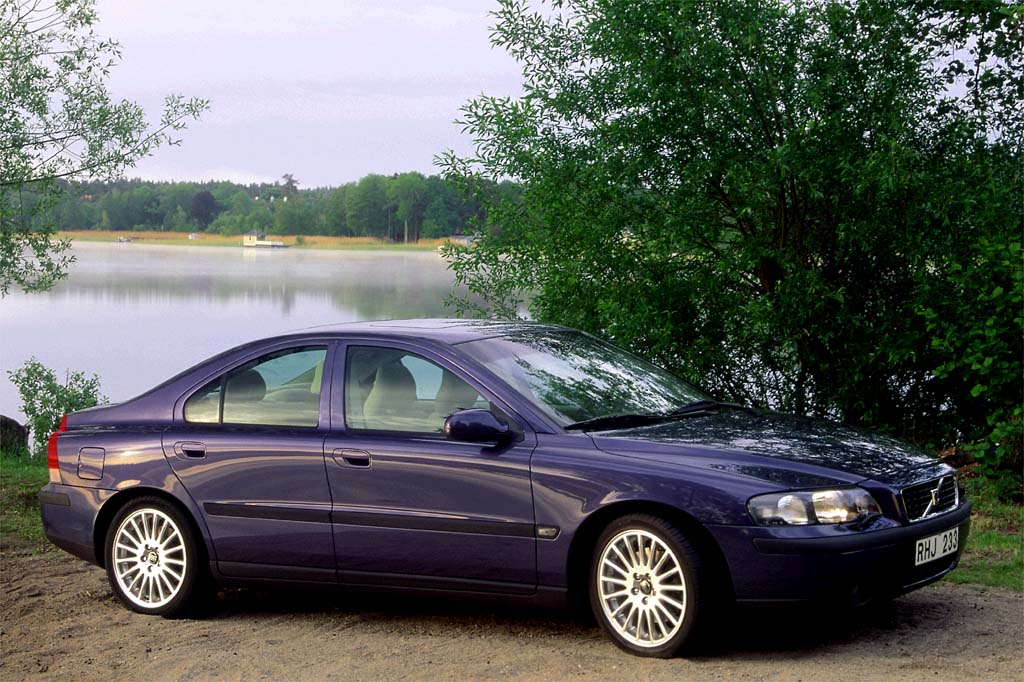 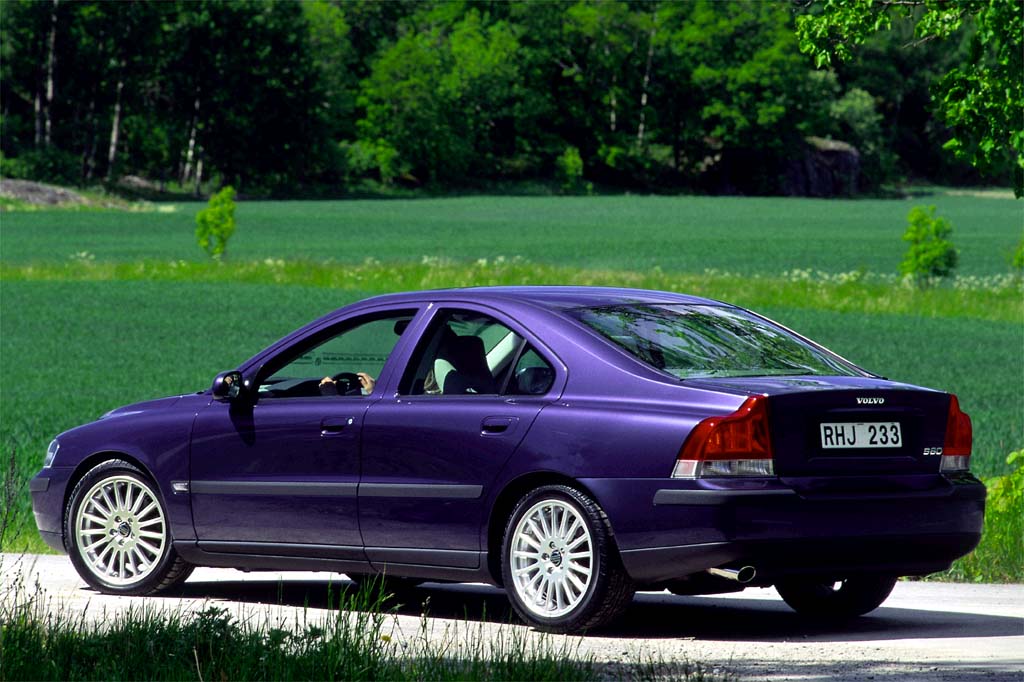 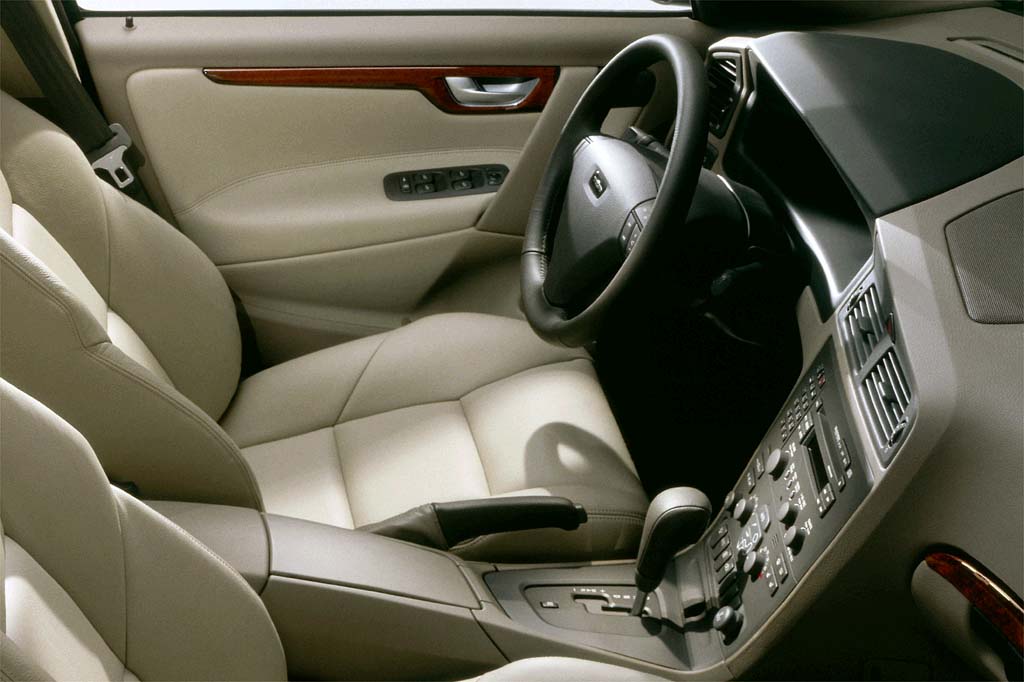 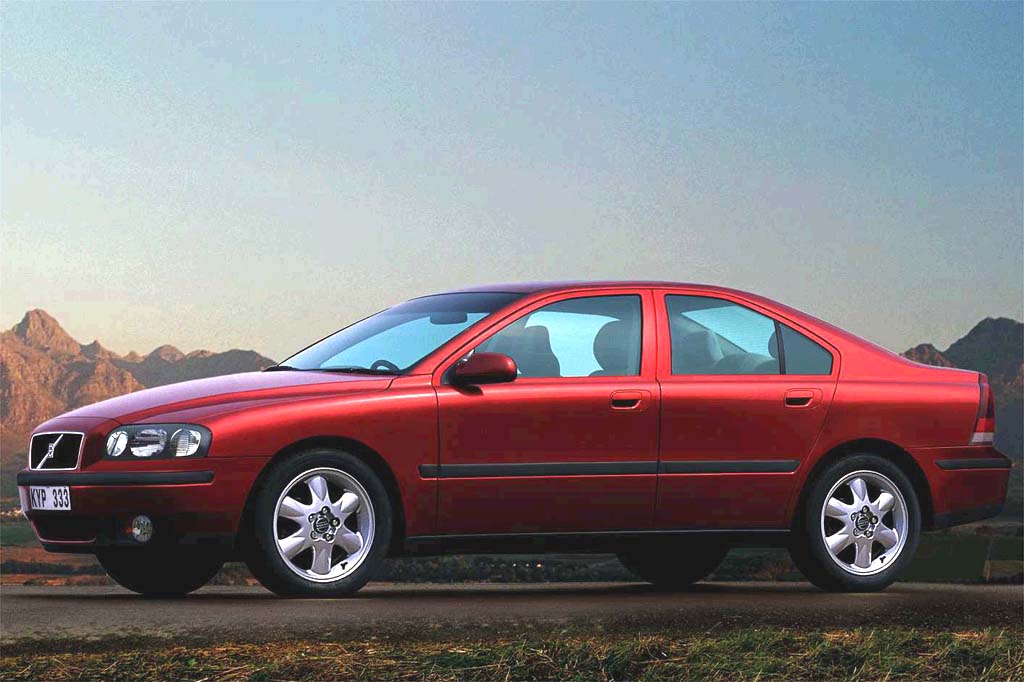 Arguably the most stylish Volvo ever, the S60 is the best-handling Volvo sedan yet. Even so, compromises in rear-seat room, ride quality, and powertrain smoothness are hard to overlook in the hotly contested near-luxury class. The all-season 2.4T AWD is an asset to this line, but not enough to threaten the Acura TL and Lexus ES 300 for overall value.

Following the debut of redesigned V70 wagons in spring of 2000, Volvo’s midrange sedans got a comparable makeover. Now badged S60, the 2001 front drive near-luxury sedans replaced the S70 design that had originated in 1993 with the 850 series. The 2001 wagon lineup included all-wheel-drive models, but the new S60 was front-drive only. Both models shared the same three engines, basic structure, and many features.

Three models went on sale, each with an inline five-cylinder engine. The base sedan held a 2.4-liter engine rated at 168 horsepower. A turbocharged 197-hp version of that engine went into the 2.4T. The performance-oriented T5 got a turbocharged 2.3-liter that cranked out 247 horsepower. Base and T5 sedans came with a five-speed manual gearbox or optional five-speed automatic transmission. Automatic was mandatory for the 2.4T and, except on the base model, included Volvo’s Geartronic manual-shifting feature.

Compared to the S70s that they replaced, the S60 sedans were 2 inches longer in wheelbase, but nearly 6 inches shorter overall, an inch taller, and almost 2 inches wider. Styling was visibly sleeker, similar to that of Volvo’s flagship S80 sedan. Trunk capacity shrunk by 1.2 cubic feet, but Volvo claimed slightly more interior space. Base models retained standard 15-inch wheels, while the T5 rode 17-inchers that were available for the 2.4T in lieu of 16s.

Two traction-control/antiskid systems were available. Stability Traction Control (STC) was standard on the T5 and optional on others. It throttled back power or braked the front wheels to maintain traction and minimize skidding. Available for the T5 and 2.4T was a more sophisticated Dynamic STC that added selective braking at all four wheels. Monitoring each wheel, it was designed to improve cornering stability in active driving.

Options included a sport suspension for the T5, a satellite-linked navigation system with pop-up dashboard screen, and Volvo’s On-Call Plus assistance system, which was similar to GM’s OnStar. Competitors for the S60 included the Acura TL, Audi A6, BMW 3-Series, Infiniti I30, and Lexus ES 300.

All S60 sedans used five-cylinder, dual-overhead-cam engines. Initially, base models held a 2.4-liter that produced 168 horsepower. A turbocharged version of that engine, rated at 197 hp, went into the 2.4T and AWD models. In ’03, a 2.5 liter engine that generated 208 hp replaced the 197-hp powerplant on AWD models and other 2.4Ts in 2004. A turbocharged 2.3-liter engine that whipped out 247 horsepower was installed in the the S60 T5. In 2004, Volvo added a high-performance R model with a 300 horsepower 2.5-liter. Manual transmission was standard across the board, but all models could have a five-speed automatic transmission.

Solid and substantial, Volvo’s stylish sedans perform pleasantly. All S60s save the high-performance R hesitate somewhat off the line, but pick up speed impressively enough–especially the turbo models. With manual shift, a T5 accelerated to 60 mph in 7.3 seconds. Sadly, manual-gearbox action feels crude. Turbo engines’ throttle lag leaves you short of power at times, and mild “torque-steer” wander occurs on front-drive models in hard takeoffs. An early 2.4T AWD model did 0-60 mph in 7.9 seconds. The sporty R goes like a jackrabbit, a manual model racing to 60 mph in just under 6 seconds in our tests. A 2.4T averaged 21.7 mpg, while manual-shift T5s managed 21.5 mpg in a city/highway mix and 17.9 mpg with performance tests. Gas mileage with a 2.4 T AWD sedan averaged 23.5 mpg. R managed 19.6 mpg. Volvo recommends premium fuel for the turbo engines. Engines are muted at modest rpm, but these inline fives are never as smooth as rivals’ V6s. The T5 grows awfully throaty at full throttle. Wind noise and tire slap are high for this class.

Vehicle structure is satisfyingly solid, but suspensions allow minor road imperfections to be felt more than in most class rivals. That’s especially true in the T5 and R, with their extra-firm damping and thumpy low-profile performance tires. Road manners are confident in all models, with sharp steering, modest body lean, and good grip. The 2.4T AWD feels more secure than a front-drive 2.4T, and more supple than the T5. The T5 and R try hard, but cannot match the moves of rear-drive sport sedans. Brakes are strong and easily modulated, though some drivers consider them touchy in urban driving.

Gauges are well-marked, logical, and nicely lit. On the downside, the radio’s 20 station presets are selected by scrolling with a single rotary dial rather than by individual buttons–a feature not everyone cares for. The dashboard-top navigation screen is difficult to read in daylight, and the system’s controls are on the steering wheel, inaccessible to the passenger. Interior decor is stylish and modern, but some budget-grade plastic panels fall short of Audi/Lexus quality. Comfortable, supportive front seats are wider and softer than the European norm. Leg and head room are outstanding. Rearward visibility is restricted by a high parcel shelf, bulky headrests, and sloped roofline. The nicely shaped rear seat is comfortable for two medium-sized adults, but leg room is very tight if front seats are set more than halfway back. The wide, deep trunk isn’t too tall and has a smallish opening. Cabin storage is adequate.