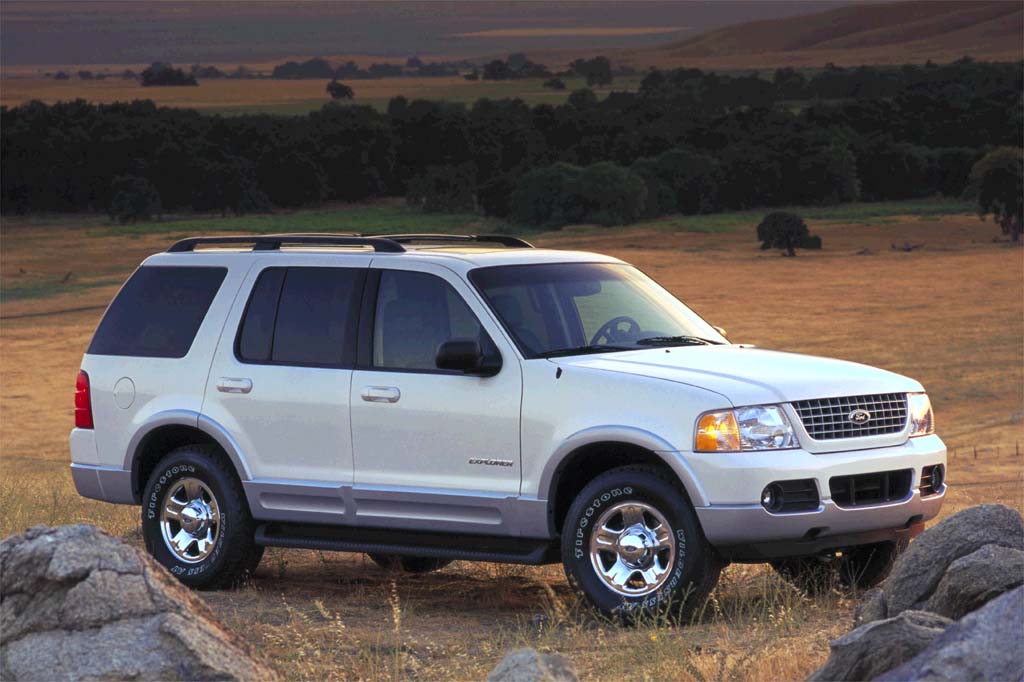 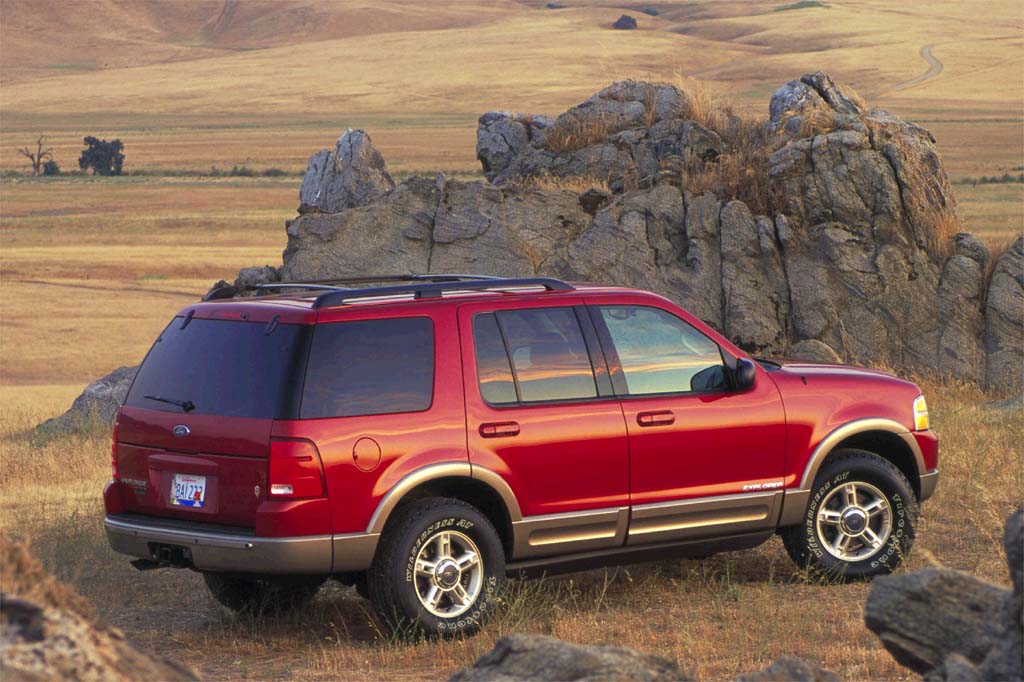 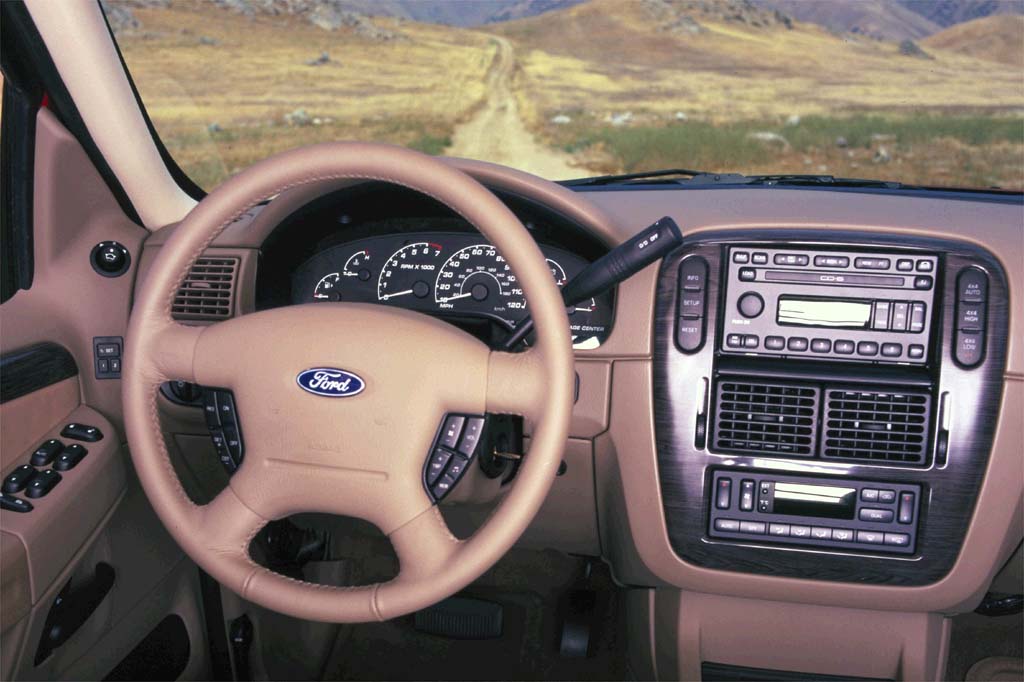 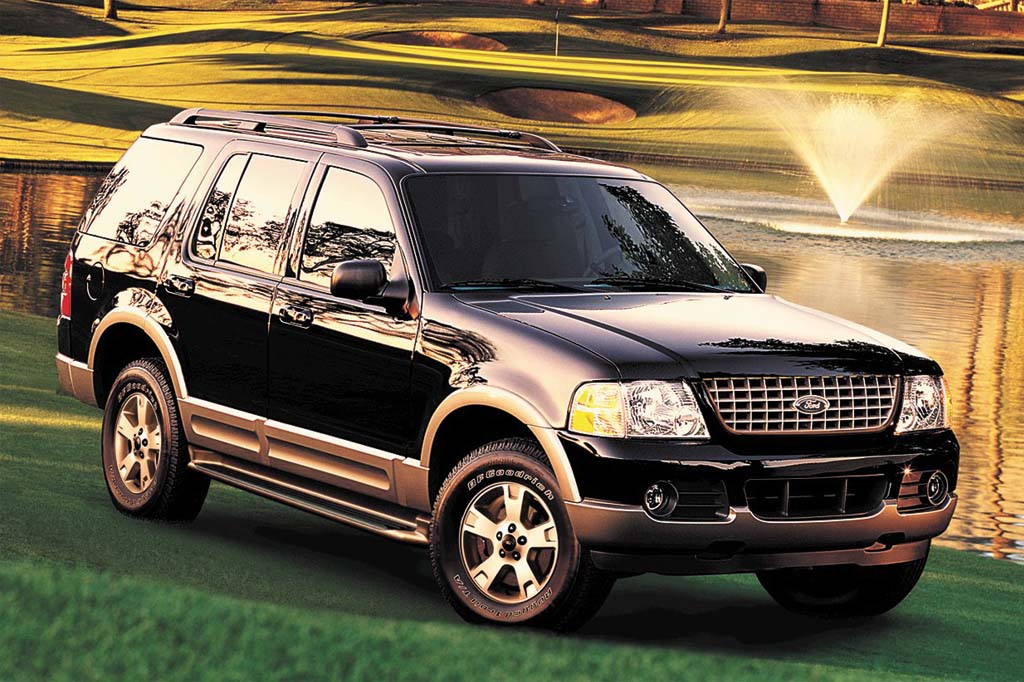 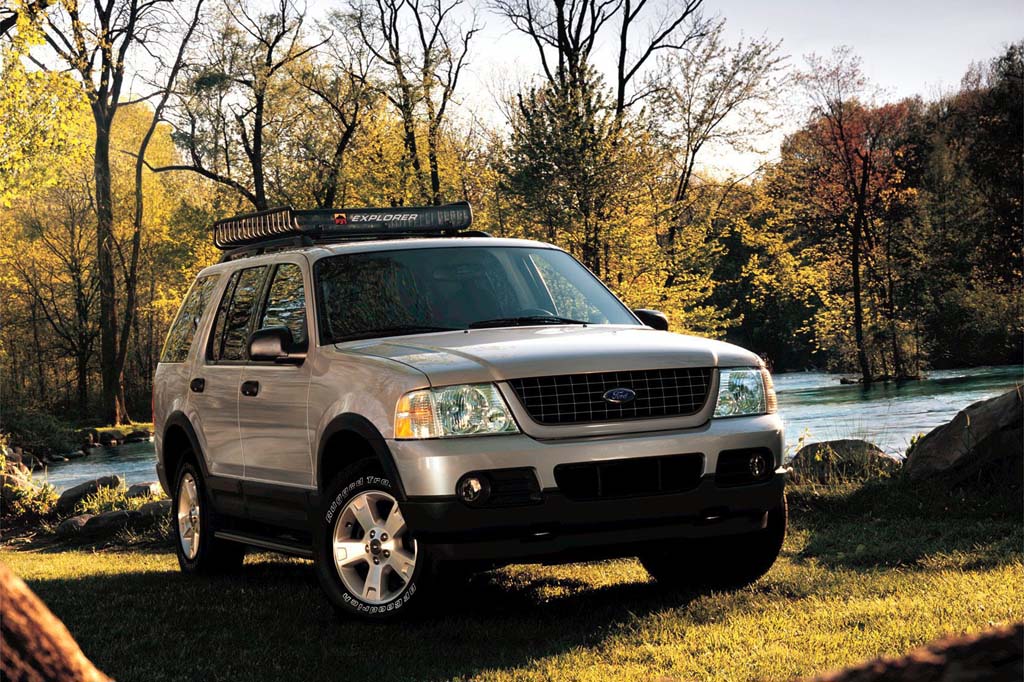 Ford’s Explorer is a more-than-competent overall performer, with an unmatched array of available useful features: V8 power, seven-passenger seating, adjustable pedals, curtain airbags, DVD entertainment, rear-obstacle detection and antiskid system. Naturally, many of these items are likely to be absent in a specific secondhand model. The Mountaineer’s higher price brings more-expressive styling and slightly sharper handling feel, but in all, Explorer is the better value.

Mercury’s upscale Mountaineer was similarly revamped, but with more differentiated styling. Explorers and Mountaineers were among the few midsize SUVs with an independent rear suspension.

Explorers came with a V6 or V8 engine. The V6 teamed with either a manual or automatic transmission, while the V8 was offered only with a five-speed automatic. Explorers could have either rear-wheel drive or Ford’s Control Trac four-wheel drive, which could be left engaged on dry pavement and included low-range gearing.

Antilock all-disc brakes were standard. Torso side airbags were not available, but curtain side airbags were optional. Later in the model year, Ford offered sensors that could deploy the curtain airbags in a rollover accident. Ford’s Advance Trac antiskid system also became available later.

Ford continued to use the Explorer’s 1995-2001 vintage design for the Explorer Sport two-door wagon and the Sport Trac four-door crew cab.

Explorers could have either a V6 or V8 engine. The 4.0-liter V6 produced 210 horsepower, versus 240 for the 4.6-liter V8. Early V6 models could have a manual gearbox or a five-speed automatic transmission, but manual shift was dropped in 2003.

Explorer acceleration is acceptable. When new, a V8 Eddie Bauer 4WD model did 0-60 mph in 8.4 seconds. Ford said V6 Explorers did it in 10.2 seconds.

In practice, both engines furnish modest acceleration from a stop, but build speed quickly. Surprisingly, there’s no great difference in throttle response between the two in the 40-55 mph range.

Although the ride is somewhat trucky, an Explorer is reasonably compliant and laudably devoid of sloppy motions. The Mountaineer’s stiffer shock absorbers make it more stable than an Explorer on dips and swells, but slightly less absorbent on rough pavement.

Steering/handling is capable and confident overall, but typical of a truck-type SUV, with some body lean in turns and somewhat slow reactions in quick directional changes. Mountaineer has a sharper steering feel than Explorer, though each ranks near the top of its class. Both have a relatively compact turning circle, too, for good low-speed maneuverability.

Ford’s laudable Advance Trac antiskid system is designed to apply individual brakes to prevent sideways skids, which can lead to rollovers. Unfortunately, in 2002-2003 it was unavailable with the V6 engine. Explorers have strong stopping power, though brake-pedal effort is slightly high.

Wind and road noise are unobjectionable, and low for an SUV. Engines intrude only under full throttle, though the V8 is quieter than a V6.

Instruments have bold, clear markings. Most controls are illuminated and within easy reach. Cabin materials are of good quality.

Riders get plenty of room up front on comfortable seats. The standard tilt steering wheel, and available memory seat and adjustable pedals, custom-tailor the driving position.

Outward visibility is good. Available running boards are too narrow to provide a solid step when exiting the vehicle, but wide enough to require stretching over when getting out.

Three adults can squeeze across in the second row, enjoying generous head room and better knee and foot clearance than in most midsize SUVs. However, the seat is divided into three segments, and each can feel narrow and confining.

The third-row seat cushion is low to the floor, and pancake-flat, but head room is expansive and leg space surprisingly good. Second-row seats tip forward in a single easy motion, but access to the third row is still for the young and agile.

A large hatch glass opens separately and dips low into the tailgate for easier loading, though the glass releases only via a keyfob and lacks its own pulldown handle. The tailgate itself is weighty to open or close.

Cargo room is tight behind the third-row seat, which folds almost flat with the floor for more space, but the process can be awkward. The rear bay is wide and tall.