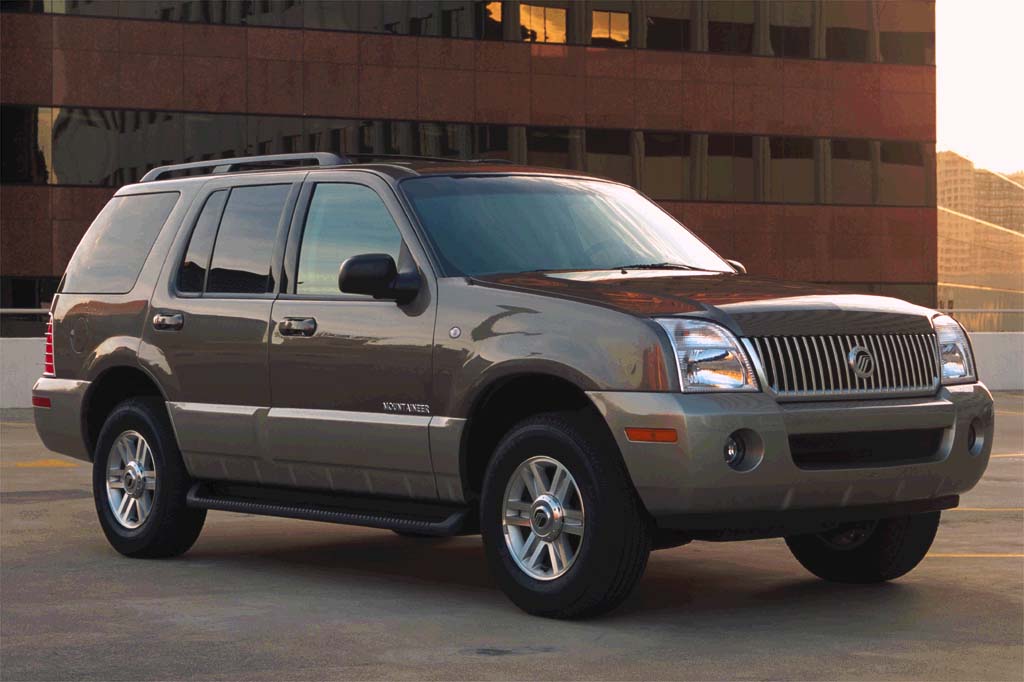 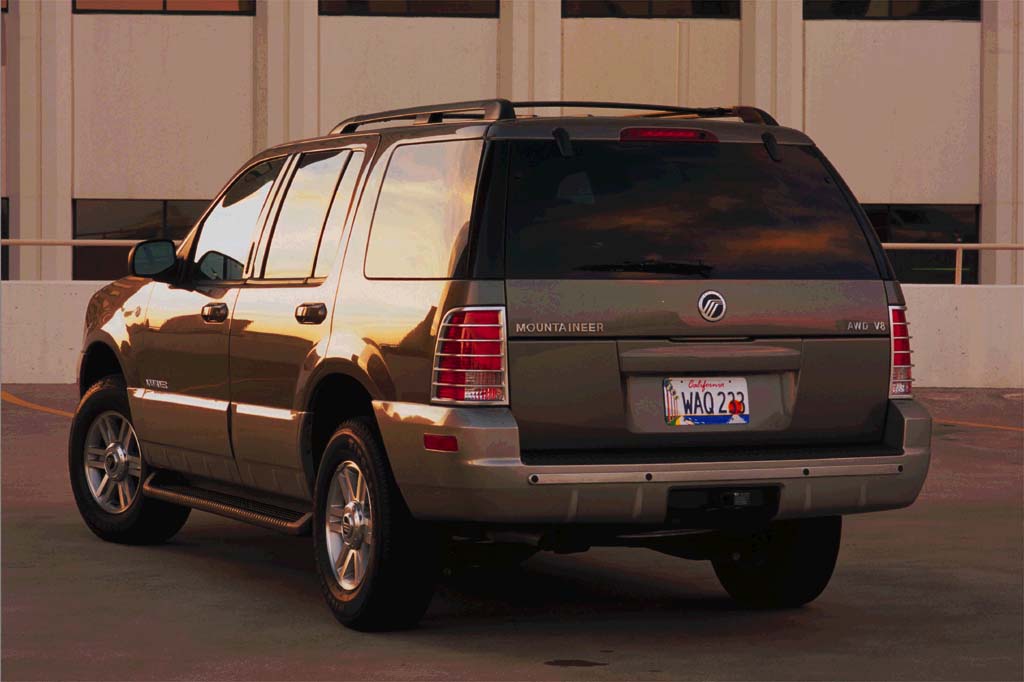 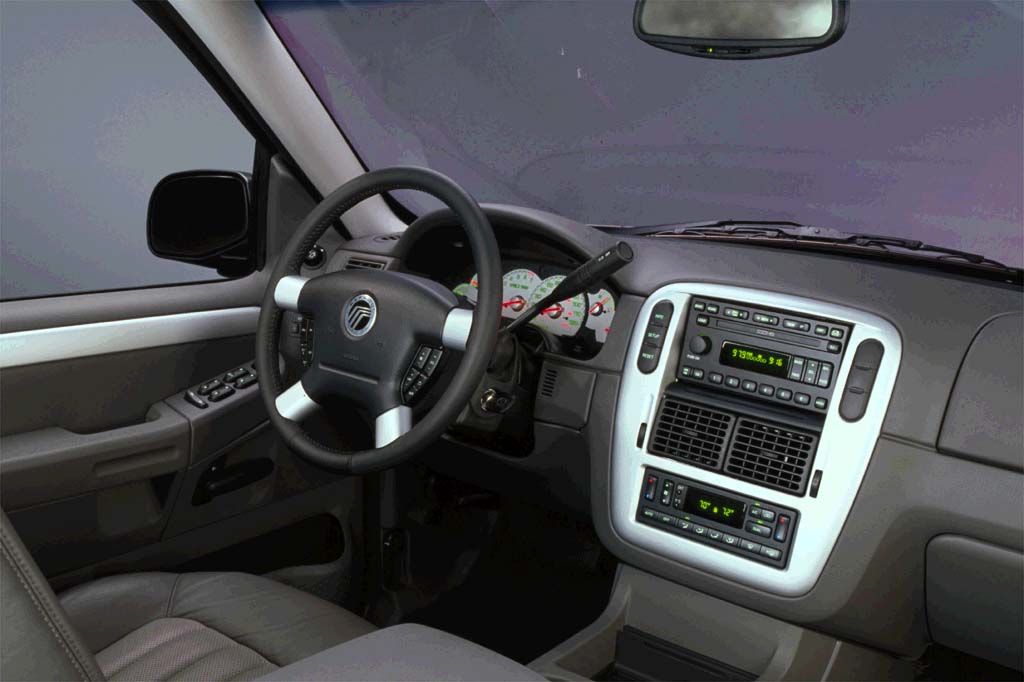 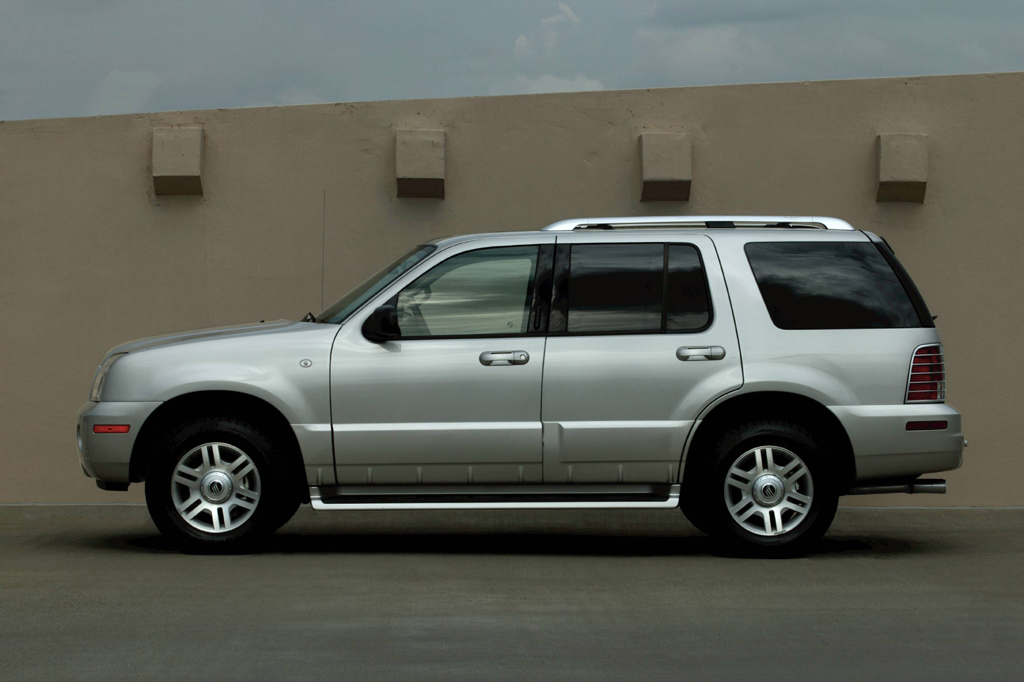 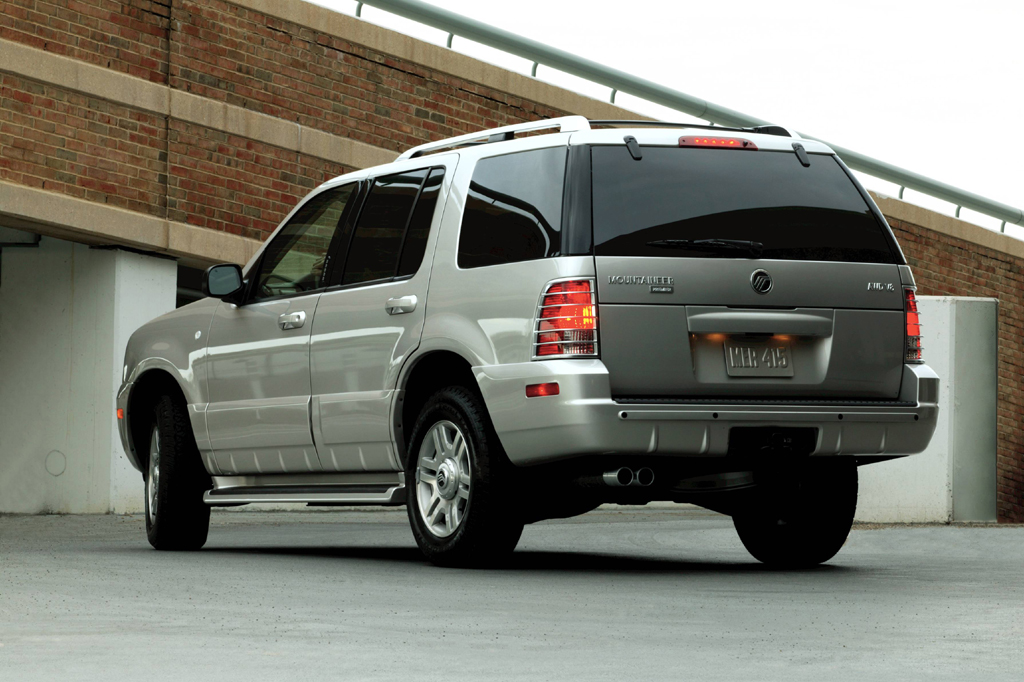 A Mountaineer deserves a spot on your midsize SUV shopping list, due to its beyond-competent overall performance and impressive array of available features. More expressive in styling than an Explorer, with sharper handling, it’s not quite as good a value, though price differences tend to get closer as the vehicles age.

Midsize in dimensions, the Mountaineer sport utility vehicle shares its design with the Ford Explorer. Both were redesigned for 2002.

Built with a wider stance and longer wheelbase, they gained an independent rear suspension. Mountaineers featured more expressive styling, inside and out. They also had a standard third-row seat for seven-passenger capacity.

A V6 engine was standard. The optional V8 was a new overhead-cam design, in place of the previous overhead-valve V8. Both engines came only with a five-speed automatic transmission; prior V8 Mountaineers had used a four-speed automatic.

Antilock four-wheel disc brakes and a tilt/telescoping steering wheel were among the standard features. Options included a rear-obstacle-warning system, power-adjustable pedals, and a driver-seat memory. Torso side airbags were not offered, but the optional curtain side airbags were designed to provide head protection in a side collision. Later in the model year, they were programmed to deploy in a rollover.

Two engines have been available under Mountaineer hoods. The 4.0-liter V6 produced 210 horsepower, versus 239 hp for the 4.6-liter V8. Both engines work with a five-speed automatic transmission. Mountaineers could have either rear-drive or all-wheel drive.

Mercury’s overhead-cam V8 feels smooth, but not much more powerful than the V6. Both provide modest acceleration from a stop, but build speed quickly. Ford claimed V6 models could accelerate to 60 mph in 10.2 seconds.

With its independent rear suspension, the Mountaineer provides a reasonably soft ride. Although it’s somewhat trucky, the body-on-frame chassis feels quite solid. Relatively compliant, the suspension is devoid of sloppy motions.

Steering/handling is typical truck-type midsize SUV. That means noticeable body lean in turns, and somewhat lazy reactions to steering inputs, compared to a car. Still, it’s capable and confident overall, with best-in-class steering feel and good low-speed maneuverability. Mountaineer steering/handling is sharper than an Explorer’s, thanks to different shock absorbers and tires. Stopping power is strong, though brake-pedal effort is slightly high.

Wind and road noises are unobjectionable, and low for an SUV. Engines intrude only under hard throttle, though the V8 is quieter than the V6.

Gauges are bold and clear. Most controls are illuminated and within easy reach. Materials are generally good quality, and the Mountaineer has dressier trim than an Explorer.

Second-row occupants get generous headroom, plus more leg clearance than most in its class. Three can squeeze across, but the seat is divided into three segments and each can feel confining. The third row is fit for two children; it’s low to the floor and pancake-flat, though head room is expansive and leg space surprisingly good. Second-row seats tilt forward to ease access.

Large hatch glass opens separately and dips low into the tailgate, for easier loading. But the glass releases only via the keyfob. Cargo room is tight behind the third-row seat, which folds into the floor (though not quite flat) for additional space. The fold-down process can be awkward, and the tailgate isn’t so easy to open or close.