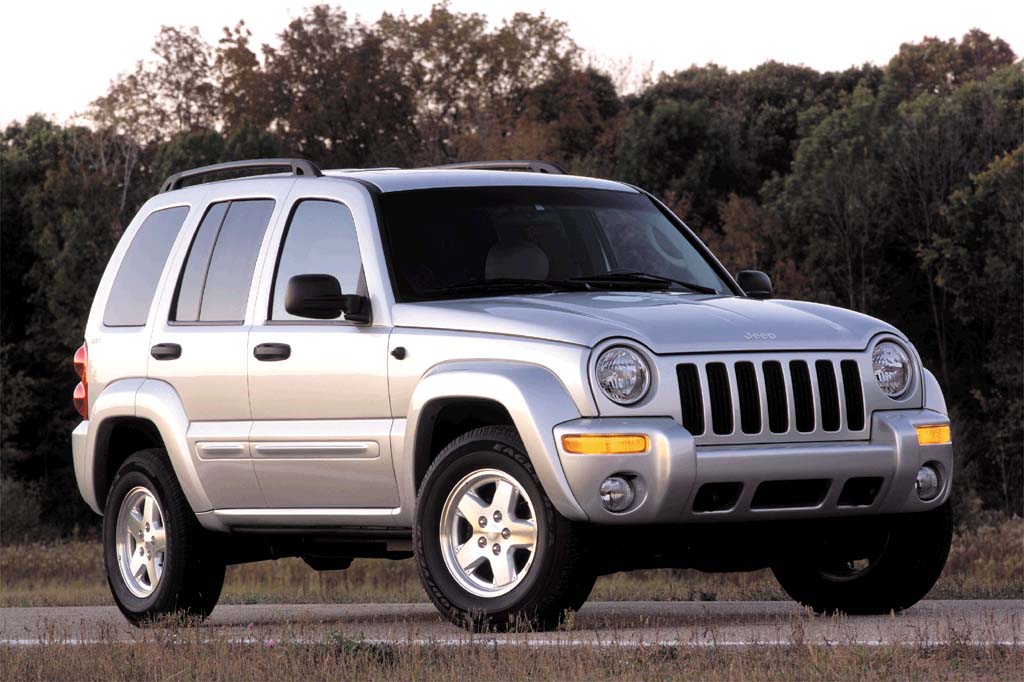 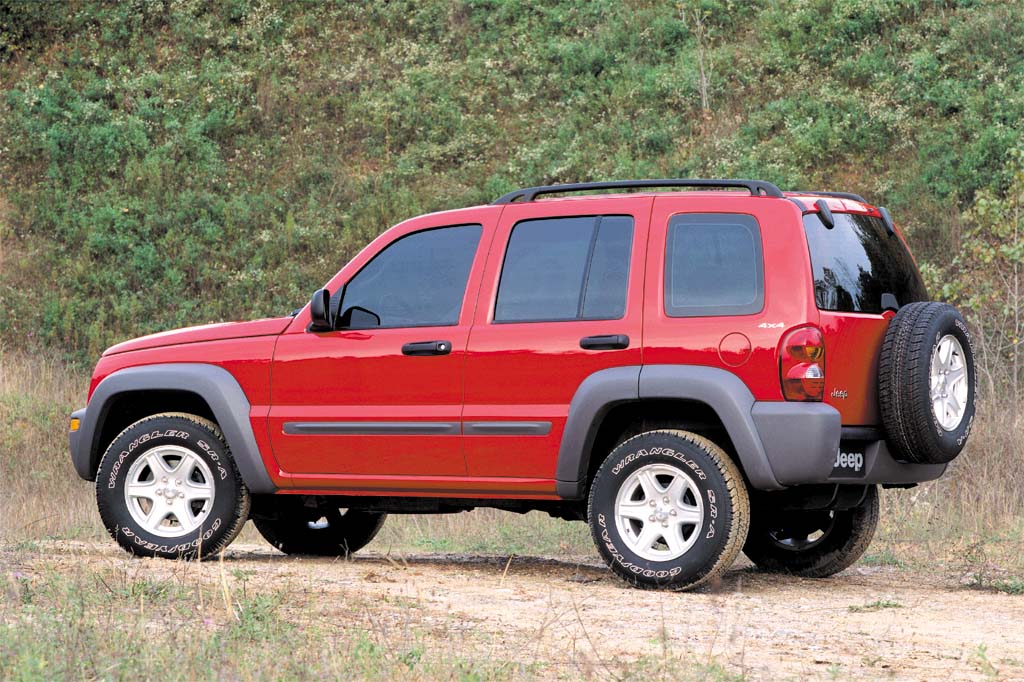 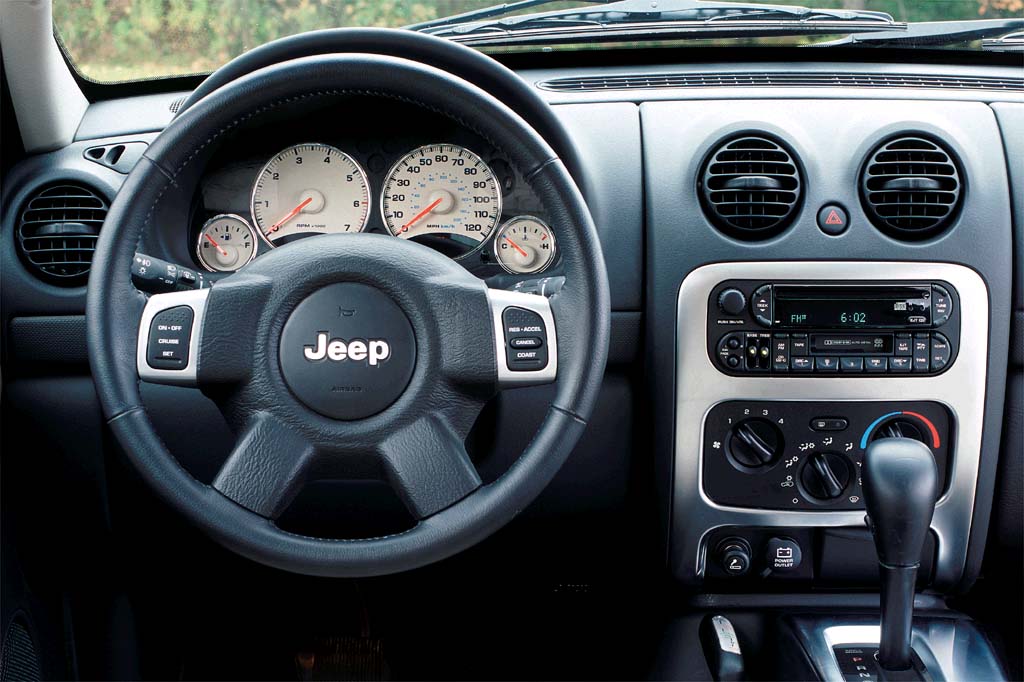 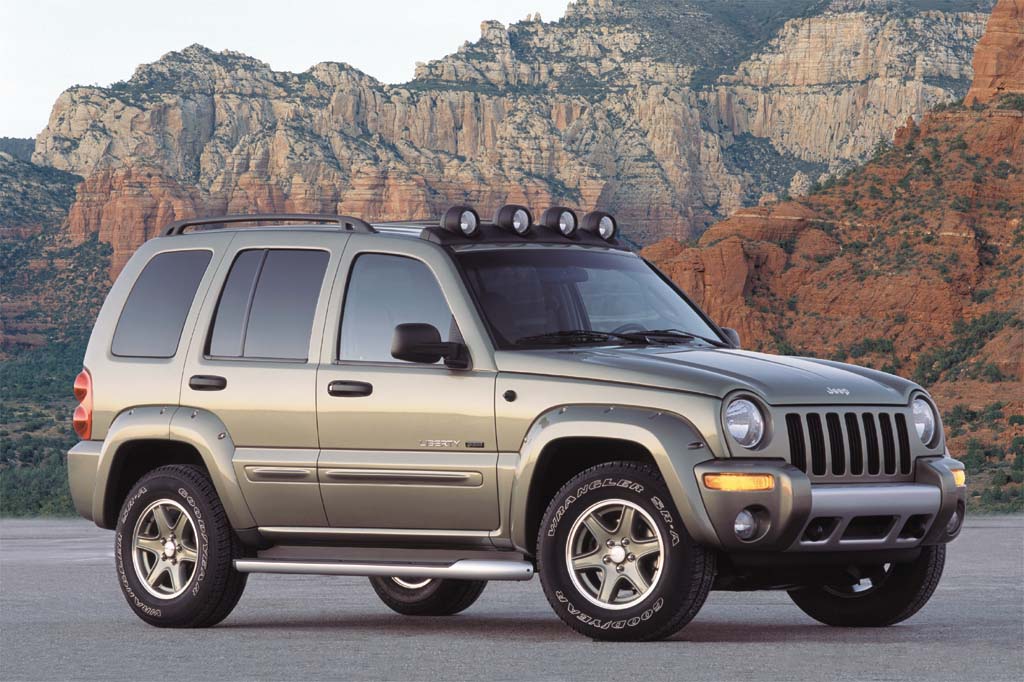 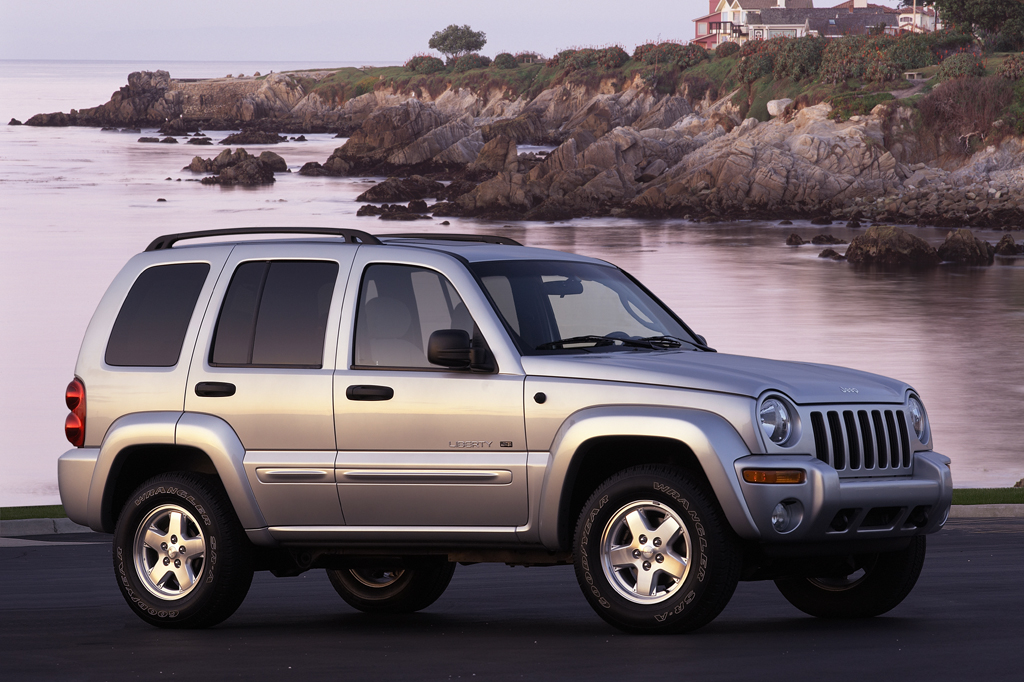 Solid and capable, the Liberty was competitively priced when new. It’s been the off-road leader among compact SUVs, which prompts our Best Buy rating. For better or worse, Jeep avoided making it as carlike as most rivals. That dictates some compromises in rear-seat comfort and on-road handling.

Serving as a replacement for the aged Cherokee, the new compact Liberty was a roomier SUV with a more sophisticated suspension and available curtain side airbags. Built with unibody construction, like the Cherokee, the four-door Liberty wagon rode a wheelbase about three inches longer, and measured seven inches longer overall. Width and height also grew, and the Liberty weighed about 400 pounds more than the Cherokee.

Sport and Limited trim levels were available. Equipped with a 150-horsepower four-cylinder engine, the Sport had contrasting-color body cladding. The Limited Edition had a monochromatic exterior and brushed metallic interior trim, as well as a new 210-hp, 3.7-liter V6 that was optional for the Sport.

Four-cylinder models came only with a manual transmission, while the V6 got either manual or automatic. Liberty offered rear-wheel drive or a choice of two four-wheel-drive systems, both with low-range gearing. Jeep’s Command-Trac 4WD must be disengaged on dry pavement; Selec-Trac 4WD can be left engaged at all times.

Curtain side airbags and antilock braking were optional. Liberty’s 5000-pound towing capacity was tops among compact SUVs, This Jeep competed against the Ford Escape, Honda CR-V, and Mazda Tribute.

As a running change phased in during the 2002 model year, the ride height of all Libertys was lowered by about an inch. Jeep said the change was intended to improve stability in turns. A bolder-looking Renegade model joined the group during the 2002 season.

Either a four-cylinder engine or a V6 could be installed. The dual-overhead-cam, 2.4-liter engine produced 150 horsepower, versus 210 hp for the 3.7-liter V6. Four-cylinder models came only with a five-speed manual transmission, while the V6 came with either the manual or a four-speed automatic transmission. A Liberty may have front-wheel drive, or either of two four-wheel-drive systems. An available 160-hp 4-cyl turbodiesel engine and two new transmissions, a 6-speed manual paired with the 4-cyl gas engine and a 5-speed automatic paired with the 4-cyl turbodiesel engine, were new for 2005. The turbodiesel was dropped after 2006.

About 85 percent of Libertys sold had the V6 engine. Top seller has been the V6/automatic-transmission 4WD Sport.

Acceleration with the V6 is good off the line, but a Liberty can feel labored in highway merging or passing. A deep stab at the throttle is needed to coax the automatic to downshift two gears.

Ride quality could be better, too. The suspension is not overly firm on bumps, though big ruts and ripples mean a jiggly–but not uncomfortable–ride. Rocking-horse motions and annoying side-to-side swaying on uneven surfaces are reduced somewhat by the lowered ride height, but still noticed.

Steering is not as responsive as that of a Toyota RAV4, Ford Escape, or Mazda Tribute. In turns, grip and balance are good, but body lean remains pronounced, even with the reduced ride height. The Liberty’s rack-and-pinion steering feels firm and accurate, but transmits too much kickback off-road.

Brakes feel strong and have the added benefit of rear discs for 2003-04. The lowered suspension seems to reduce nosedive in quick stops.

Gauges are large and legible. Low-set audio and climate controls are a little far from the driver, but generously sized and clearly labeled. Door-mounted power-lock buttons are easily mistaken for power-window switches, which are inconveniently located on the center console.

The new-for-2003 overhead console includes controls to customize such functions as which doors unlock with the first press of the remote key fob. Interiors have numerous padded surfaces and sturdy-feeling materials.

Expect fine head and leg room up front. Seats set unusually high, and could use more lumbar and lateral support. The front passenger gets a narrow footwell.

Head clearance is bountiful in the rear. Rear leg room is reasonable, but the footwell shape is uneven. You get good toe space under the front seat, though.

Like the front, the back seat is unusually high, and has subpar thigh support. Step-in is higher than in an Escape or CR-V, but not excessive. Door openings are narrow.

With the rear seat up, the cargo bay is wide and tall, but not long. Rear-seat sections easily fold in one motion, without removing headrests, but they don’t lay flat. Folding the seatbacks exposes brackets on walls of the cargo bay that intrude into load space.

The swing-open tailgate takes getting used to. Its window pops fully open via a remote key fob or a pull of the tailgate handle, but that convenience is undercut by an awkward reach into the cargo hold.