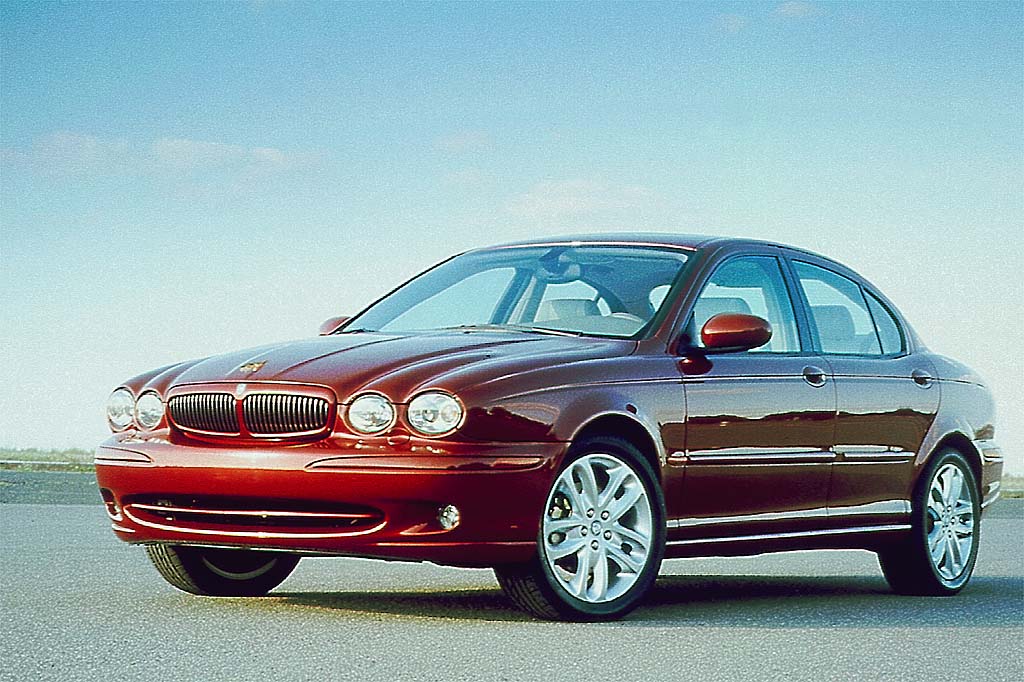 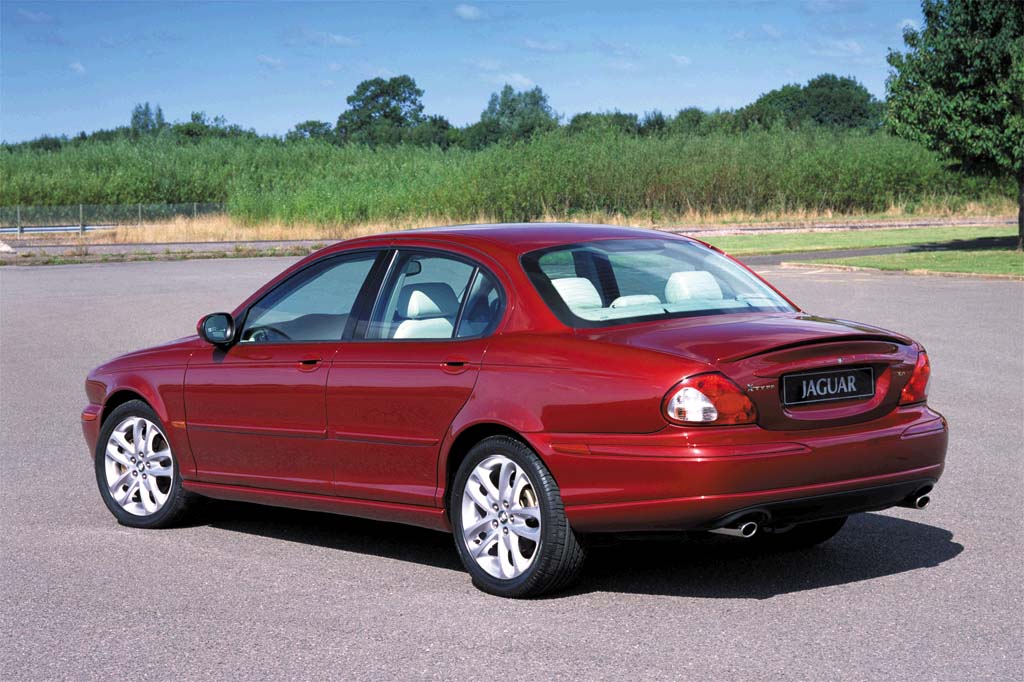 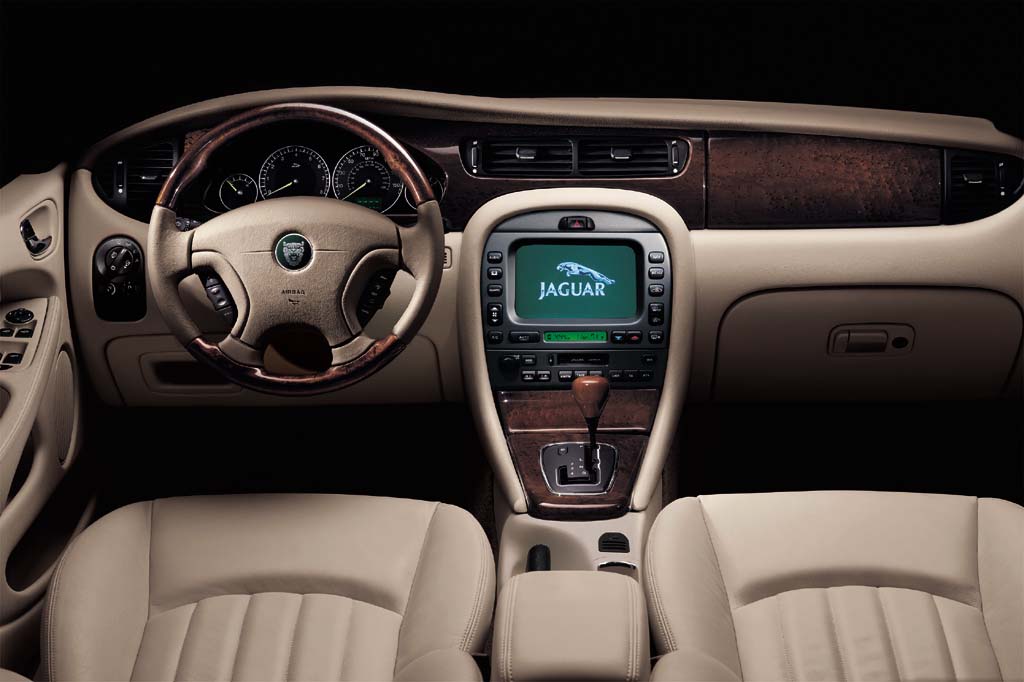 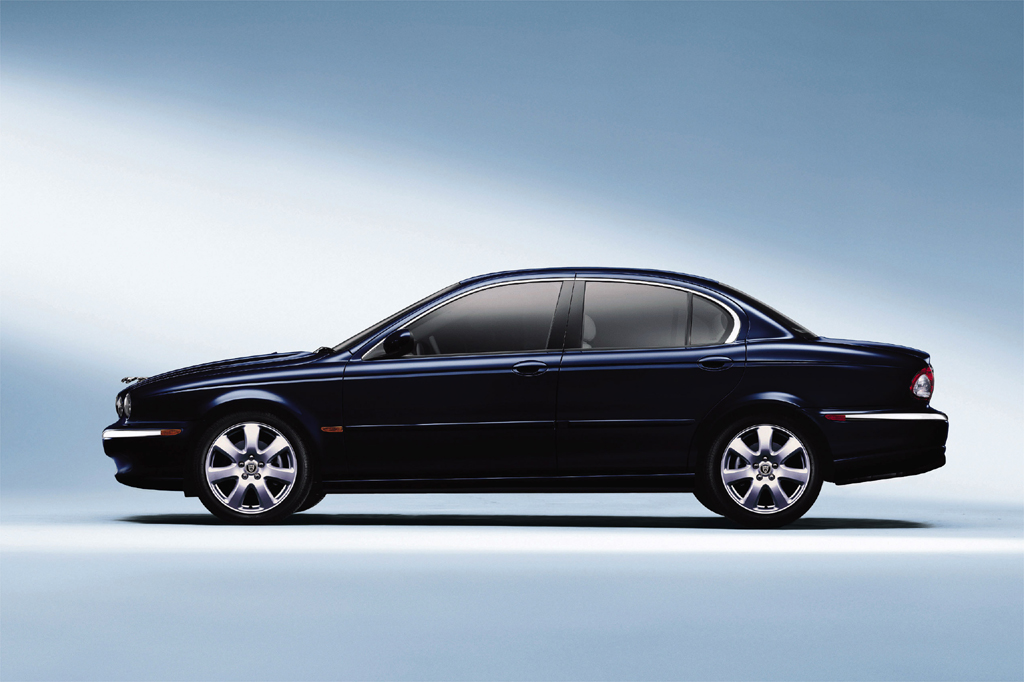 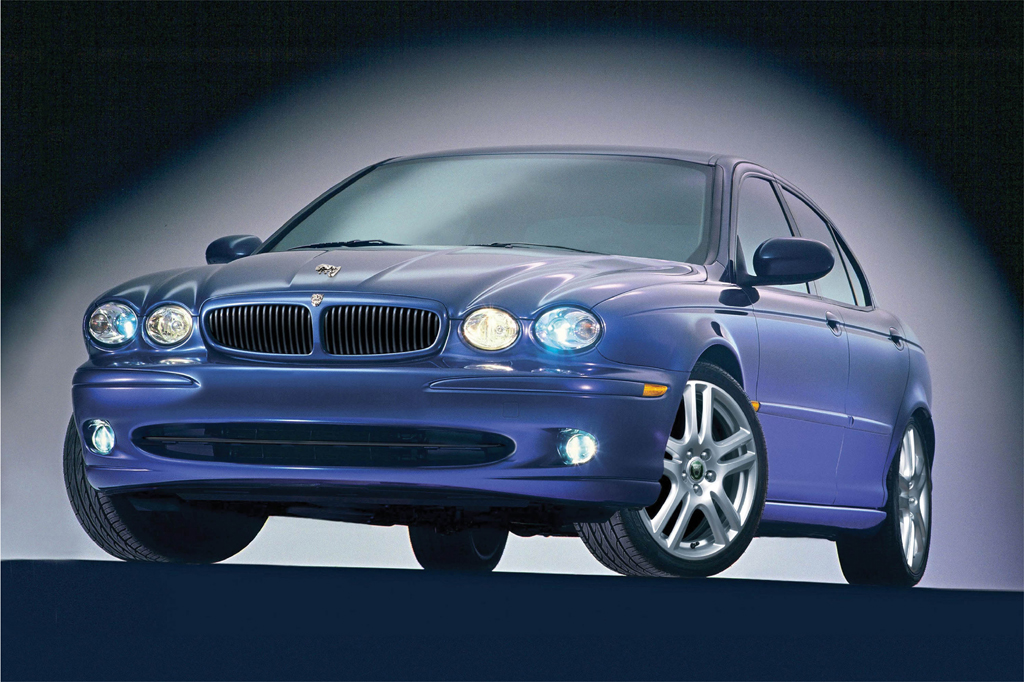 No, it’s not a purebred sports sedan, but the X-Type is an acceptable blend of performance and Jaguar emotion. You also get the bonus of all-weather capability, with all-wheel drive. Producing it has made this famous brand accessible to a new audience. Plenty of better all-around cars may be found at similar prices, which is one reason X-Type sales tapered off after a fairly strong start upon the car’s introduction.

Brand-new for 2002, the compact “entry-level” X-Type was based on the European Mondeo sedan from Jaguar-parent Ford, though it had its own styling and dimensions. All-wheel drive was standard, in contrast to the Mondeo’s front-wheel drive. AWD normally split power 40-percent front and 60-percent rear, reapportioning it automatically to achieve the best traction.

Like all Jaguars, the X-Type was built in England. Rivals included the Acura TL, Audi A4, and BMW 3-Series. Competitive Audi, BMW, and Mercedes-Benz models offered all-wheel drive at extra cost.

All X-Types used a V6 engine. The 2.5 model had a 2.5-liter with either a manual transmission or optional five-speed automatic. The uplevel 3.0 had a 3.0-liter engine and automatic transmission, but offered a manual gearbox at no extra charge.

Antilock four-wheel disc brakes, leather-and-wood interior trim, front side airbags, and curtain side airbags were standard. The Sport Package added unique trim, a sport suspension, and 17-inch wheels, as well as an antiskid system that was otherwise optional.

Xenon headlamps and a navigation system were optional. Voice activation for audio, climate, and navigation was a dealer-installed option.

Jaguar’s X-Type sedans came with a choice of two V6 engines: 2.5-liter rated at 194 horsepower, or a 3.0-liter that produced 231 hp. Output ratings changed slightly in 2003. Either a five-speed automatic transmission or a five-speed manual gearbox could be installed. Every X-Type has all-wheel drive. No longer available in 2005 was the 2.5-liter V6.

Performance depends upon the engine. The 2.5 models are slow for near-luxury cars, but the 3.0s are class-competitive. A test 2.5 with manual transmission did 0-60 mph in 8.5 seconds, versus Jaguar’s claim of 7.9 seconds. Jaguar claimed that a 2.5 with automatic would accelerate to 60 mph in 8.5 seconds. A 3.0 sedan with automatic transmission did that job in 7.6 seconds, and Jaguar listed the stick-shift 3.0 at 6.6 seconds.

In most circumstances, however, neither engine feels satisfyingly strong below 4000 rpm. That’s easily addressed with the manual transmission, or by manually shifting the automatic. But left in Drive, the automatic transmission’s tardy downshifts frustrate response in the important 40-55 mph range.

Some manual-transmission 2.5 X-Types have tended to bog upon clutch engagement, moving from a stop.

Fuel economy is close to average for the class. A manual-transmission 2.5 sedan averaged 19.5 mpg in mixed city/highway driving, and 24.6 in mostly highway travel. An automatic 3.0 averaged 21.4 mpg in primarily highway driving. Both engines require premium fuel.

Each X-Type takes bumps as a solid unit and is stable at speed, befitting its sports/luxury positioning. The base suspension comfortably absorbs bad pavement, while the tauter Sports suffer wheel patter and some impact harshness.

Handling is secure and agile for the most part. Fast turns induce some body lean, but all-wheel drive maintains outstanding grip, even when powering out of wet corners. AWD also negates torque steer in hard acceleration. The Sport models’ steering is quicker than the base system, but both are communicative, accurate, and nicely weighted.

Wind rush is impressively low, but on the Sport model, tire roar intrudes on coarse pavement. Under full throttle, the 2.5-liter engine sounds ragged, whereas the 3.0 growls nicely.

Instrumentation is unobstructed. Low-mounted audio controls may require moving one’s eyes from the road. The navigation system is no picnic to program, and incorporating some climate and audio functions tends to monopolize driver attention.

Some drivers might fault the automatic transmission’s J-gate selector, for imprecise action and difficult use in manual mode. Standard leather and wood impart an upscale cabin ambience, but plastics don’t match those of most rivals for looks or feel.

The back seat has as much usable room as any direct rival, including plenty of foot space, but it’s still comfortable for only two adults. The seat cushion is too soft for best support, and narrow doorways compromise entry/exit. Two cupholders sit in the center armrest.

Measuring 16 cubic feet, the trunk is among the largest in the class. Low liftover and non-intrusive strut hinges enhance versatility, but not every example has a folding rear seat.