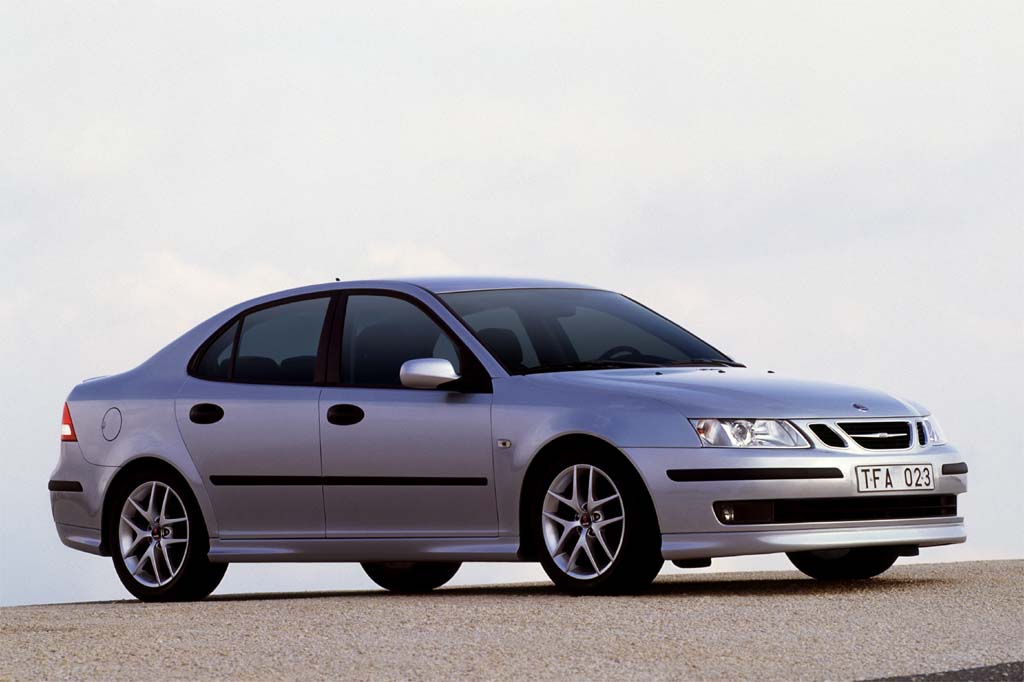 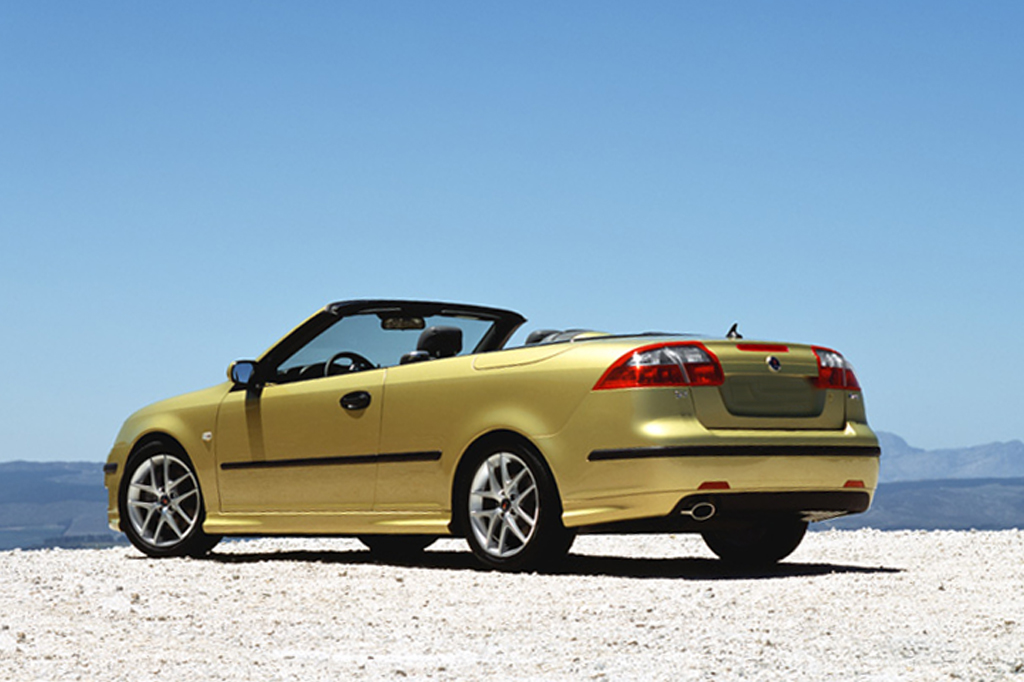 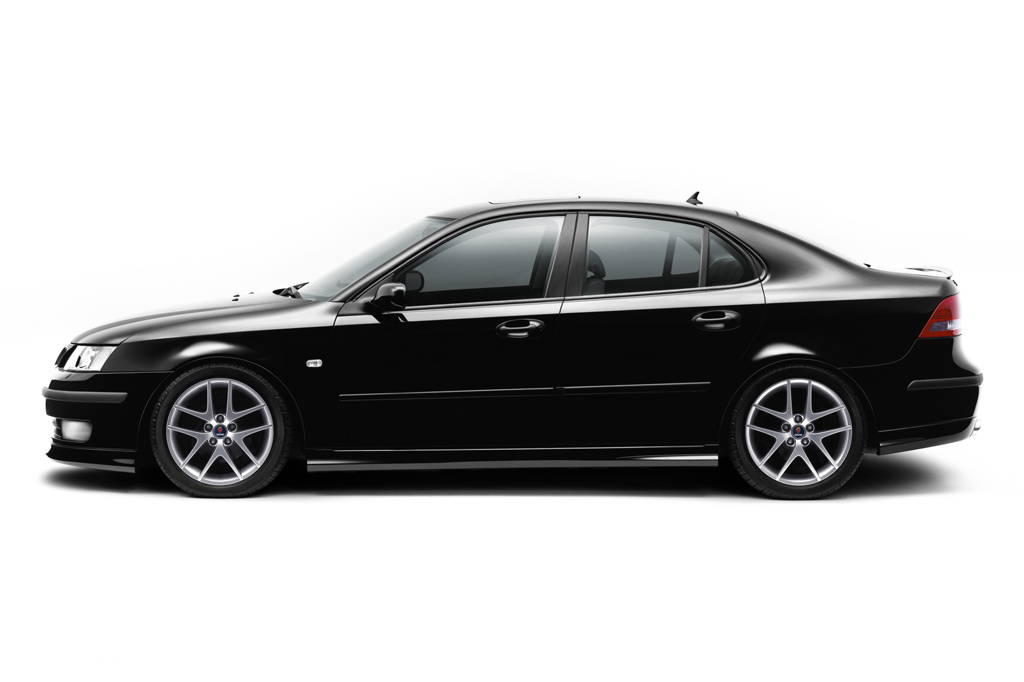 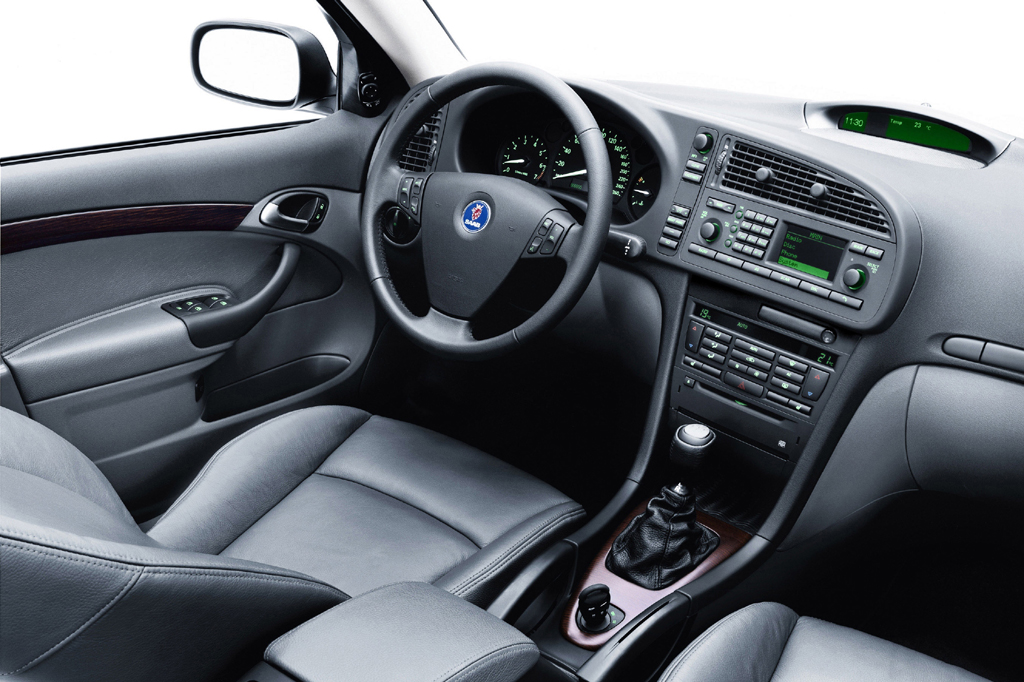 Its front-wheel-drive layout prevents the 9-3 from competing with the best-in-class for ultimate handling prowess. Then again, front-drive has been a Saab hallmark for decades. Key rivals offer all-wheel drive for better handling all-weather security. Still, this is a dynamically capable, fun-to-drive automobile–especially the solidly-built convertible. Though it trails rivals for overall value, the 9-3 is a non-conformist alternative to Acura, Audi, BMW, and other near-luxury brands.

Saab redesigned its entry-level near-luxury car for 2003, retaining front-wheel drive and hallmark turbocharged four-cylinder engines, but dropping its traditional hatchback body style in favor of a conventional sedan. The new 9-3 was the same length overall as the outgoing version, but had new styling and greater width, built on a wheelbase almost 3 inches longer.

A four-door sedan replaced two- and four-door hatchbacks, though the previous-generation two-door convertible carried over temporarily, pending a redesign for 2004. General Motors owns the Swedish automaker, and the 2003 9-3 introduced GM’s Epsilon platform, which would soon host a redesigned Chevrolet Malibu.

Saab’s base version, introduced first, was called Linear. Luxury-oriented Arc and sporty Vector models followed in spring of 2003. All had 2.0-liter turbocharged four-cylinder engines. The Linear’s engine produced 175 horsepower, with a choice of a five-speed manual or a new five-speed automatic. Arc and Vector models used a 210-hp version, with the automatic or a new six-speed manual gearbox. Automatics had a separate gate for manual shifting. Vectors included redundant steering-wheel-mounted manual-shift paddles.

Antilock four-wheel disc brakes were standard, along with traction control and front side airbags. Saab’s first curtain side airbags protected front- and rear-seat passengers. Alloy 16-inch wheels were standard on the Arc and optional for the Linear, to replace 15s. Vector sedans had 17-inch rubber. All had a 60/40 split folding rear seatback, with a ski pass-through and leather upholstery (leather-cloth in the Linear). The Arc added wood interior trim.

The carryover convertible had a power top with heated glass rear window. It retained a 205-horspower engine and SE trim, but a new option package mimicked the appearance of the previous year’s high-performance Viggen version.