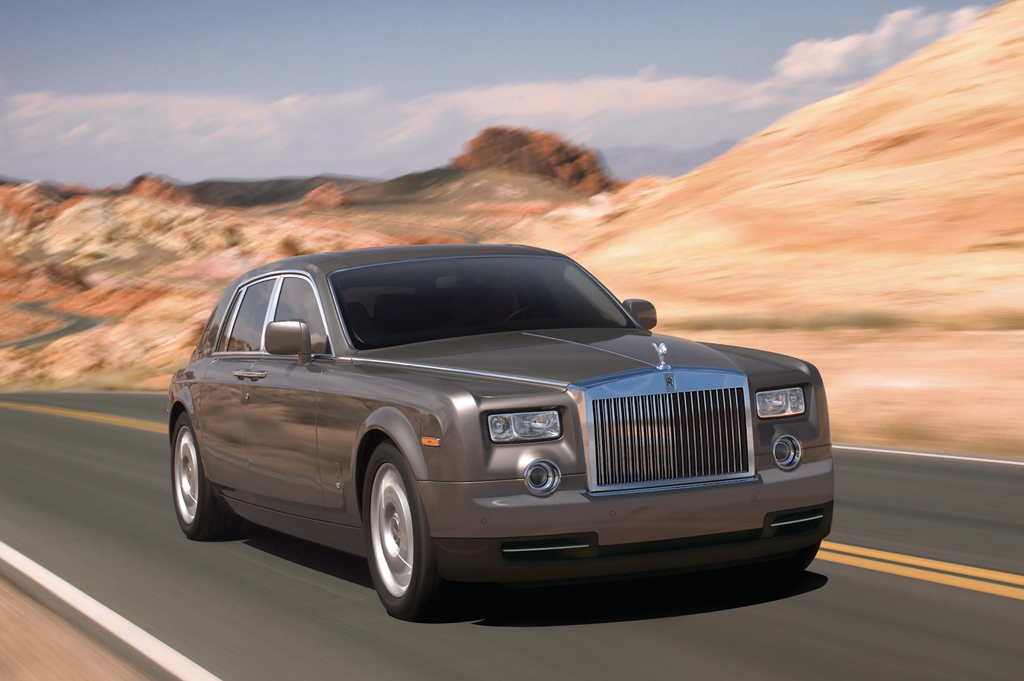 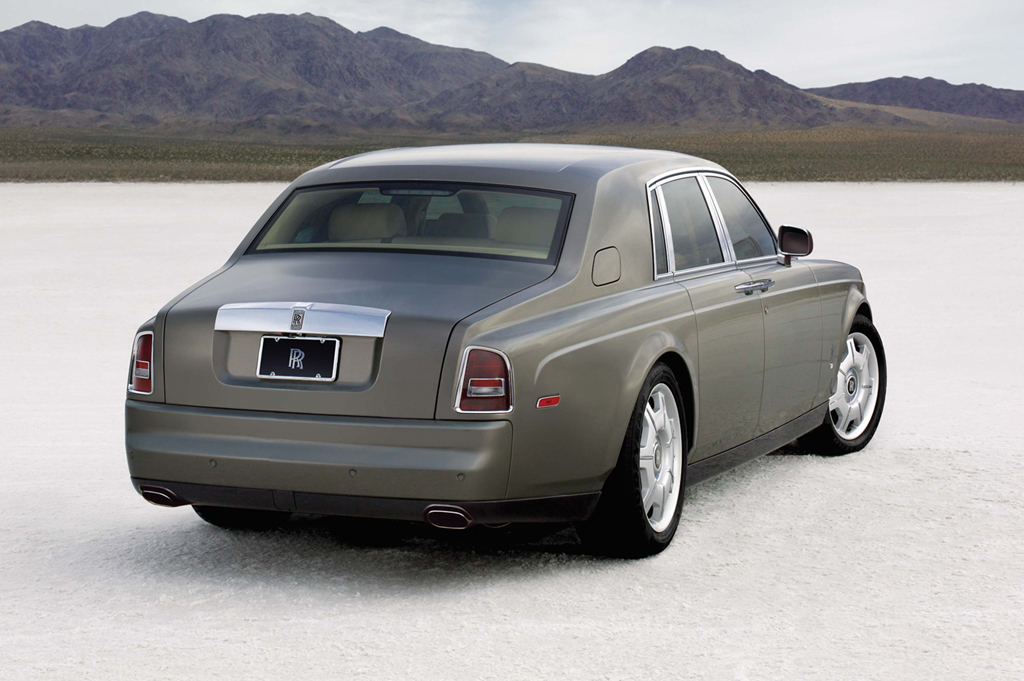 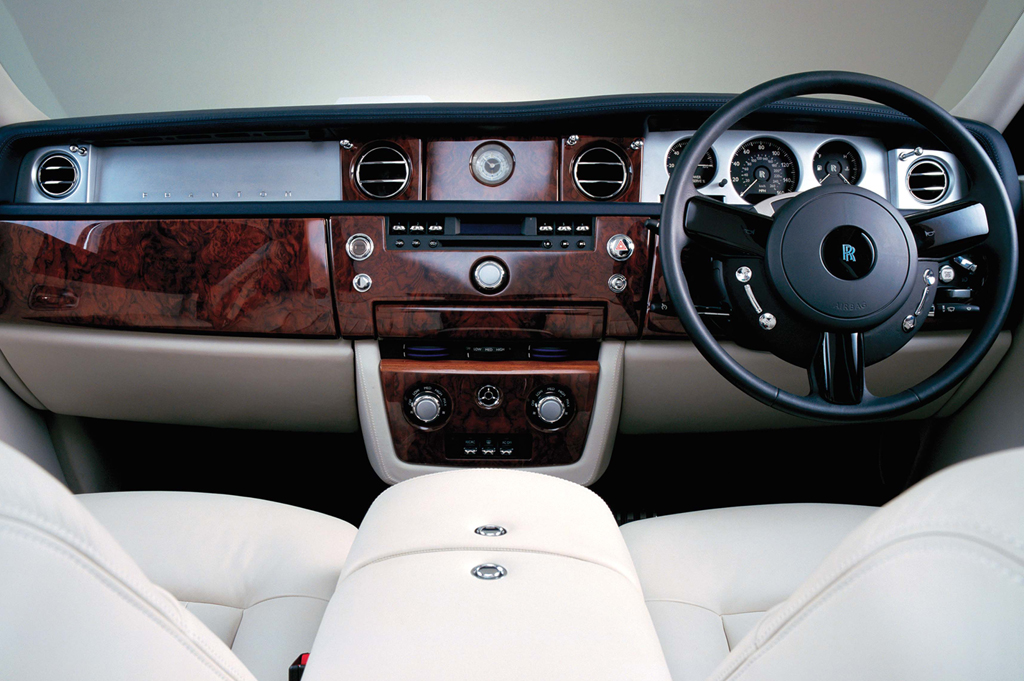 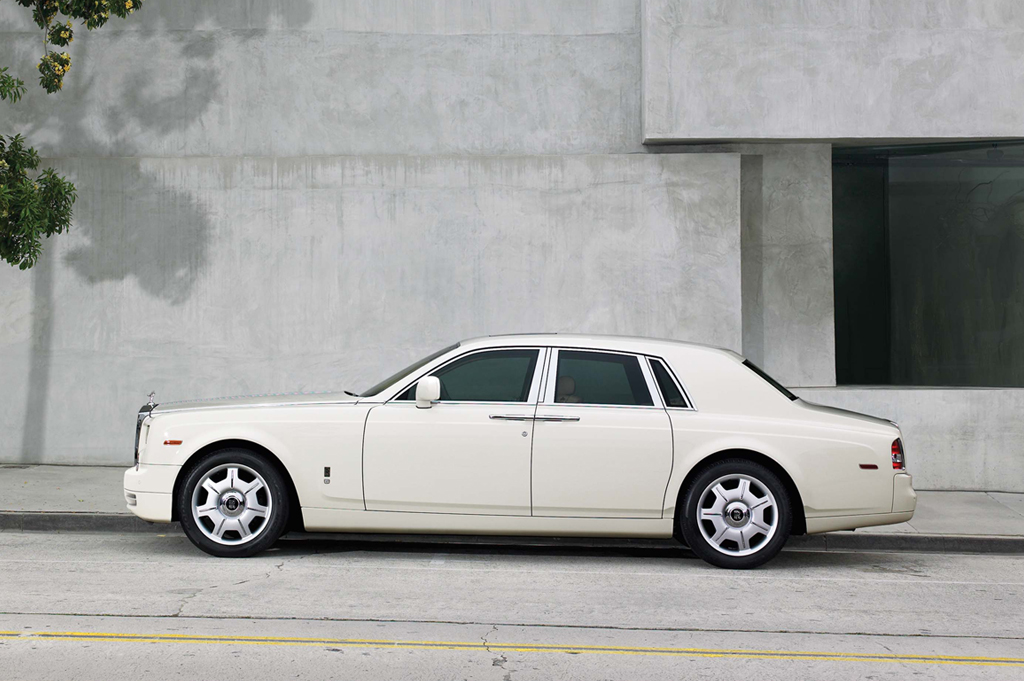 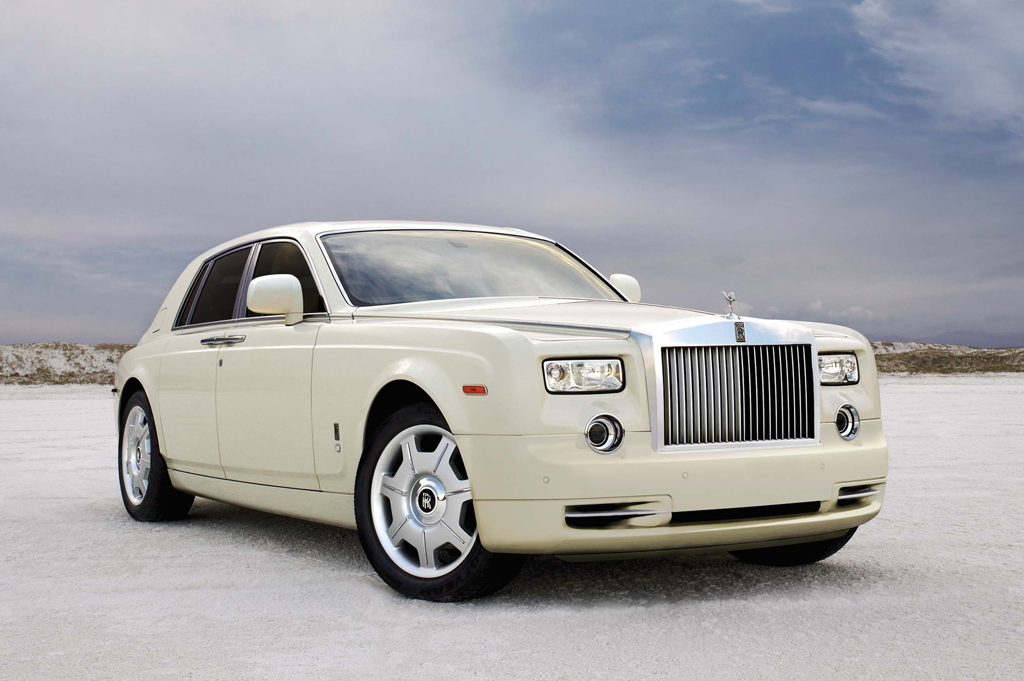 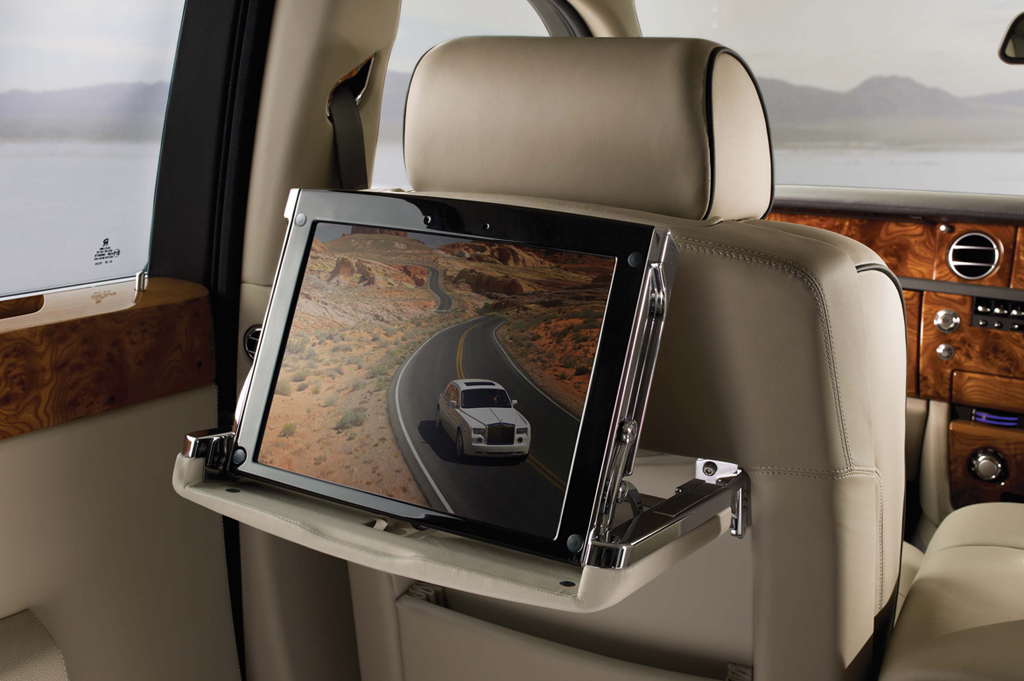 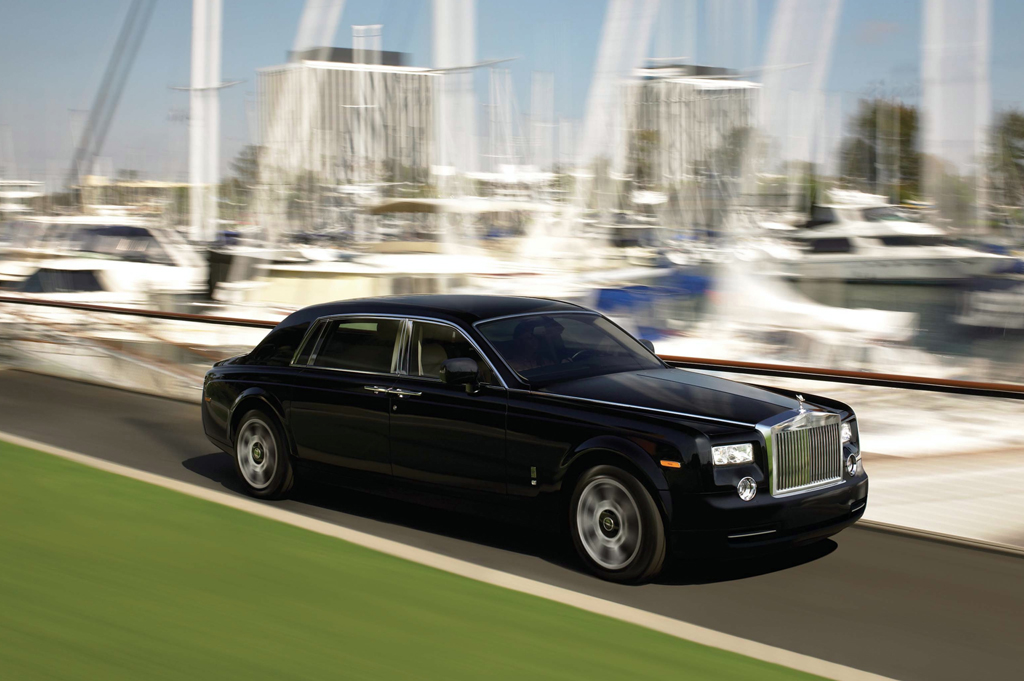 Rolls-Royce has long represented the epitome of luxury motoring, and the Phantom delivers on all that name promises. Those with deep pockets and a discerning nature will find value in the car’s unique blend of exquisite appointments, coddling accommodations, surprising performance, and rich legacy, making the $380,000 starting price for a new model a sum of little consequence. Prices for late-model secondhand Phantoms won’t be much lower, either.

Soon after Rolls-Royce officially split with its long-time corporate partner, Bentley, at the start of 2003, the legendary luxury-motorcar maker had a new model ready for the market. Now under the control of BMW, Rolls-Royce introduced the Phantom sedan. The Phantom name had been used before, on five different Rolls-Royce sedans, but the new 2004 version was a massive and stunning creation, highlighted by unique rear-hinged back doors and a 453-horsepower V12 engine. Mated to a six-speed automatic transmission, that engine was an offshoot of BMW’s 4.5-liter V8. Bodies and engines came from BMW in Germany, while wood/leather trim was applied in Britain. Despite its mammoth dimensions–riding a 140.6-inch wheelbase, and standing more than 64 inches tall– the Phantom had the lightest structure ever used by Rolls-Royce. Lounge-style seats were positioned some distance from the rear doors, which could be closed from inside by pushing a button. Styling features included a long formal hood, traditional-design grille, wide C-pillars, and small rear window. The “Spirit of Ecstasy” hood ornament retracted when the car was parked. Available safety equipment included antilock braking, traction control, an antiskid system, front-side airbags, and curtain-side airbags. Front and rear park-distance sensors were standard. An extensive list of standard and optional features was offered, and buyers could custom-order colors and interior materials through Rolls-Royce’s Bespoke program.

Rolls-Royce long claimed to be “The Best Car in the World.” Whether it lives up to that slogan is debatable, but Rolls-Royce vehicles are large, impressive, and tremendously expensive. A Phantom cost $320,000, plus a $3,000 gas-guzzler tax. Rolls had been building British luxury cars since 1904. Phantom rivals included the Maybach 62 and Mercedes-Benz S-Class, and (later) the Bentley Continental Flying Spur.

Beneath each Phantom sedan bonnet, a V12 engine developed 453 horsepower, teamed with a six-speed automatic transmission.

The Extended-Wheelbase sedan is only about 125 pounds heavier than the regular sedan, so they differ little in performance. Power is sufficient to accelerate nearly three tons strongly from any speed, though the transmission sometimes hesitates before downshifting for more passing power. Rolls-Royce’s claim of 0-60 in 5.7 seconds is believable.

Consumer Guide has had no opportunity to measure fuel economy, but the EPA estimated an average of 14 mpg (11 mpg in city driving and 18 mpg on the highway). Premium-grade gasoline is required.

Ride comfort, as expected, is a definitive plus. Both models iron out most road imperfections with little float or wallow.

Despite their enormous dimensions, these sedans handle quite well. Naturally, they are hardly nimble, but the regular-length model, in particular, feels smaller than its actual size. Steering effort is too light for many tastes, yet it offers some road feel.

Noise is practically forgotten, as Phantom passengers enjoy splendid isolation. The engine emits a refined murmur during acceleration, but is nearly silent at idle and while cruising.

Primary audio and climate functions are governed by conventional controls that are fairly easy to reach, though climate controls are mounted low on the dashboard. Secondary functions, such as those for the navigation system, are governed by an iDrive-type console-mounted control knob and dashboard display screen that both flip out of sight when not in use. That concept was borrowed from BMW, Rolls-Royce’s parent company. A “Percent-of-Power” meter replaces a tachometer, and the gearshift lever is a light-touch column-mounted electronic “flipper.” Virtually every surface is swathed in real leather, wood, brushed metal, or chrome. Fit and finish are exemplary. Particularly impressive is the sound system, which turns the interior into a mobile concert hall.

Up front is ample legroom and headroom for adults, and the large, overstuffed seats afford a commanding view of the road. Visibility is restricted only to the rear corners, due to thick roof pillars.

Rear legroom and headroom are more than adequate even in the regular-length version. In the Extended-Wheelbase model, legroom is limousine-like. The sofa-like seat is well-shaped and supportive. Rear-hinged doors and a high roofline combine for easy entry and exit, though the seat is placed farther rearward than the door opening, forcing passengers to step forward before stepping out. Doors can be power-closed from the inside at the press of a button–a handy feature. Twelve-inch screens for the rear entertainment system fold down from the front seatbacks.

The trunk is nicely trimmed, but not as large as one might expect given the car’s vast exterior dimensions. Interior storage includes upper and lower gloveboxes, a slide-out dash tray, and the usual console box and map pockets.