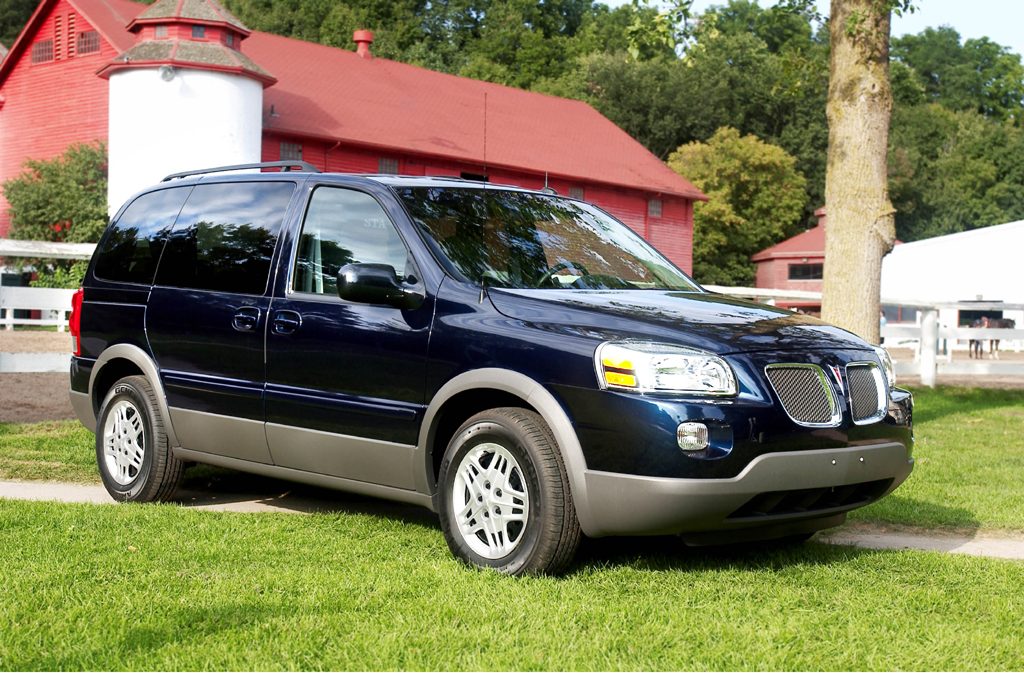 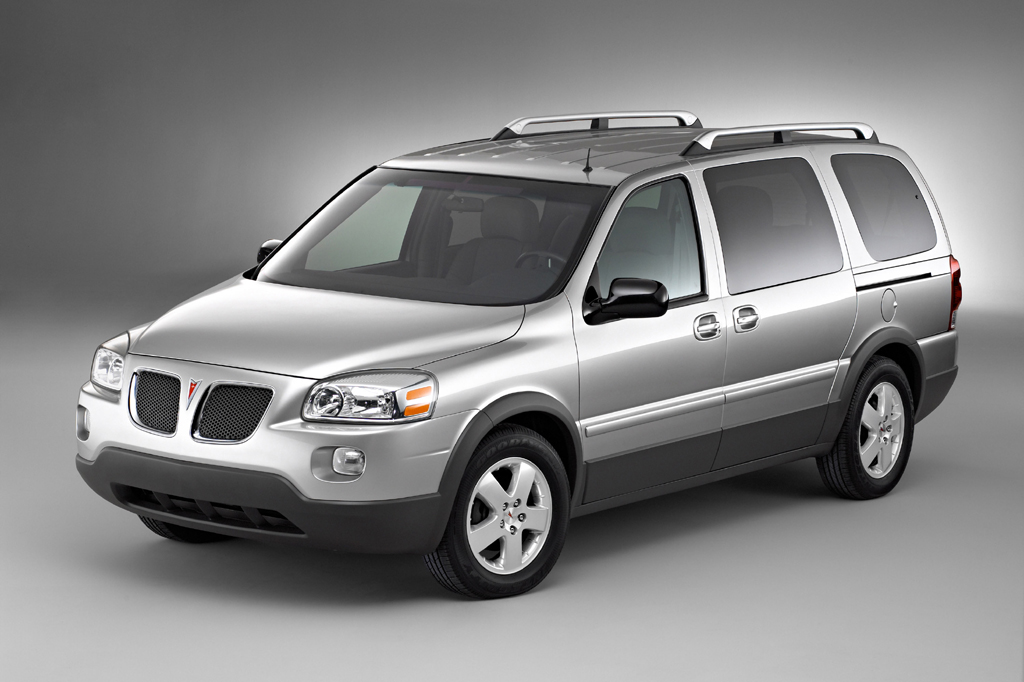 SV6 has significant competitive disadvantages, namely the lack of curtain side airbags and 3rd-row seats that don’t fold flat into the cargo floor. On the plus side, it rides well, has standard DVD entertainment, and keen pricing. While they are worth considering for those on a tight budget, in the long run, a better designed minivan like the Dodge Caravan or Honda Odyssey makes more sense.

Pontiac’s minivan became what GM called a “crossover sport van” for 2005. Montana SV6 used the 1997-2004 Pontiac Montana’s extended-length body, but got an SUV-flavored nose and grew slightly in length, wheelbase, and height. It retained a 4-speed automatic transmission, but replaced Montana’s 185-hp 3.4-liter V6 with a 200-hp 3.5 V6.

SV6 offered 1SA and 1SB models and was available with front-wheel drive with optional antiskid system or GM’s Versatrak all-wheel drive. Antilock 4-wheel disc brakes were standard. Front side airbags with head and torso protection were optional, but curtain side airbags were not offered. OnStar assistance, air conditioning, power windows and locks, CD/MP3 player, and DVD entertainment were standard.

Also standard were 17-inch wheels, sliding rear side doors, and 3-row seating for seven. Power sliding doors were available, as were 2nd-row bucket seats instead of the standard bench. The 3rd-row seat was a 50/50 split bench that folded flat atop the cargo floor. All 2nd- and 3rd-row seats could be removed. An included interior roof-rail system offered optional snap-on storage modules. Also available were satellite radio and a remote starting system that operates from the keyfob. SV6 shared its basic design with the Buick Terraza, Chevrolet Uplander, and Saturn Relay.

Front-wheel drive models feel livelier than GM’s quoted 0-60 mph time of 10.5 sec. All-wheel drive models are heavier, and therefore lazier, on takeoff. But all have adequate highway passing power. Fuel economy is mediocre at best, averaging 16.4-19.8 mpg depending on driving conditions. While no minivan is sporty, SV6 is average for the class in handling response. Body lean is prevalent, but the availability of AWD is a plus for wet or snowy conditions. Another plus is the ride. It comfortably absorbs bumps, with the load-leveling suspension (standard on AWD, optional on FWD) doing an admirable job of smoothing out the ride on the highway. SV6s are reasonably quiet on all fronts, though more road noise intrudes in the rear of the vehicle than in the front.