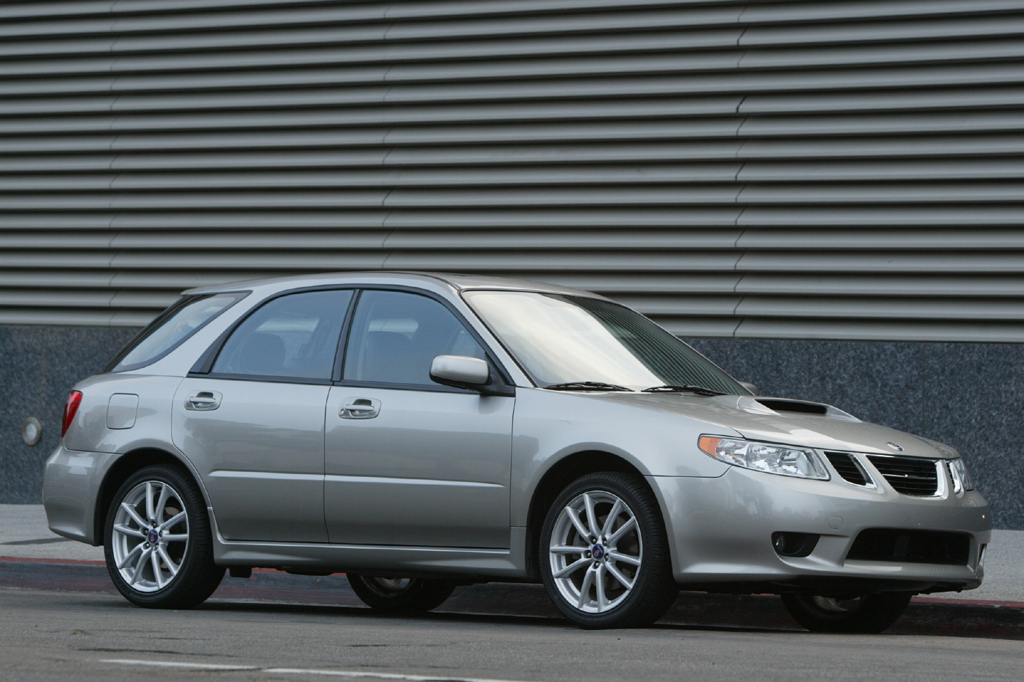 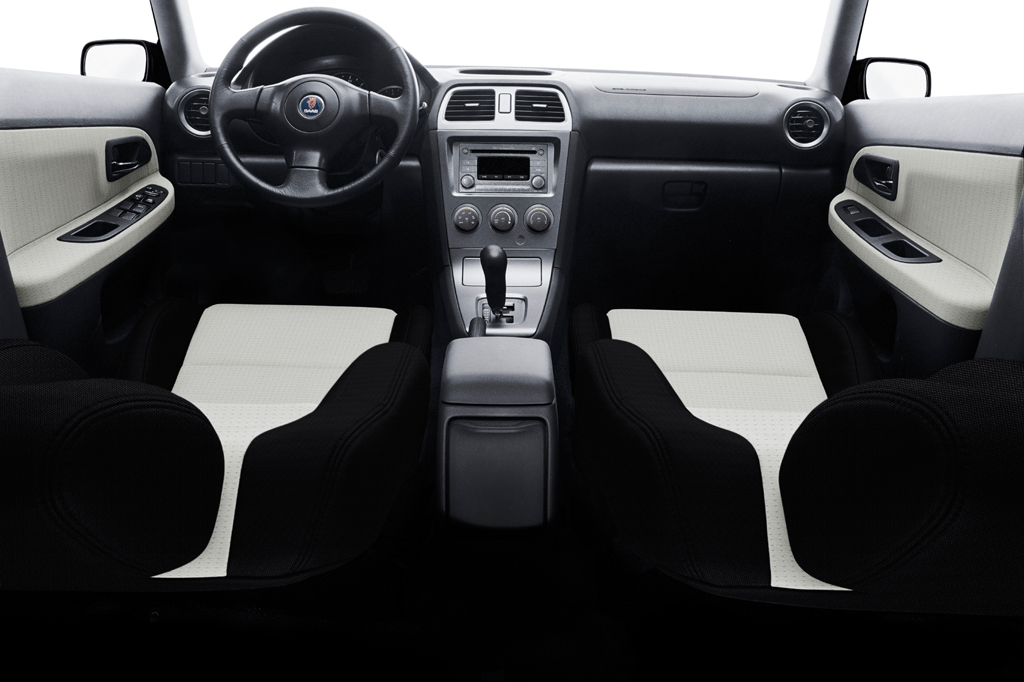 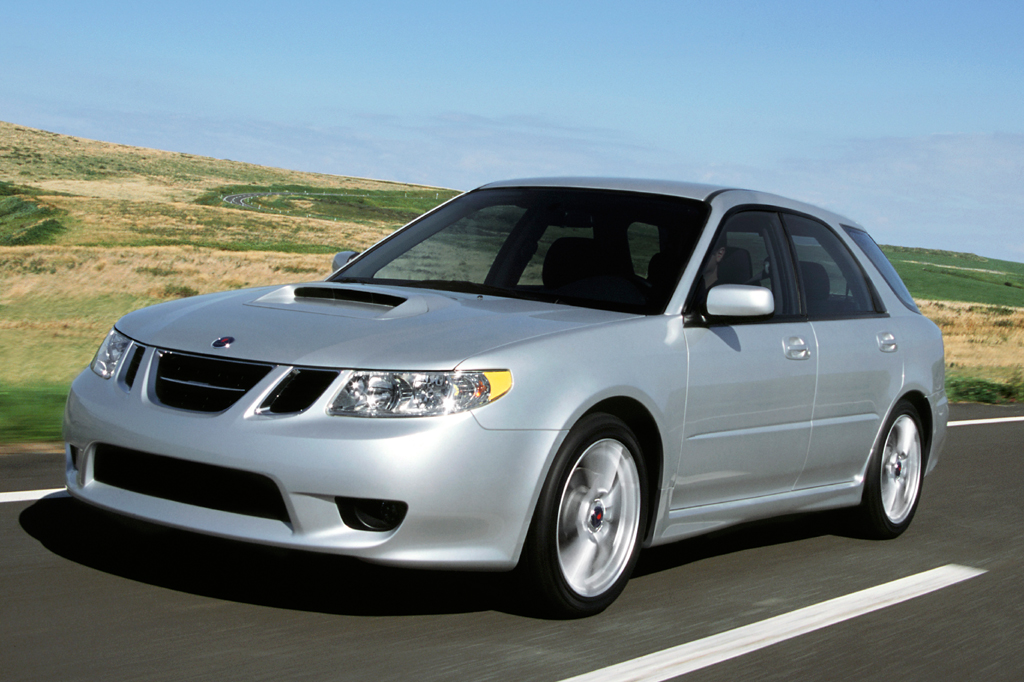 Saab’s changes to exterior styling, sound deadening, and interior trim do their part to disguise this car’s Subaru Impreza origins. And the versatile wagon body style and all-season AWD traction have some appeal. But there’s no hiding the tepid base engine or modest interior space.

Saab tapped the holdings of parent company General Motors for its new entry-level model: a 4-dr, all-wheel-drive wagon based on the Subaru Impreza. The 9-2X received Saab-family styling alterations, but used Impreza’s bodyshell and powertrains. Two 9-2X models were offered, both with horizontally opposed 4-cyl engines. The base Linear had 165 hp. The turbocharged Aero was similar the sporty Impreza WRX, with 227 hp and a functional hood scoop. Both offered a 5-speed manual transmission or optional 4-speed automatic. ABS, front side airbags, and curtain side airbags were standard. Leather upholstery and a sunroof were optional. The interior design was shared, but the 9-2X received different upholstery and Saab’s active front-seat headrests designed to minimize whiplash injury.

With similar powertrains and weight, any 9-2X mimics its comparable Subaru cousin for acceleration. Base Linear and 2.5i models have adequate go for routine driving. Turbocharged Aero models suffer from turbo lag, a delay in throttle response, below 3000 rpm, but they’re strong above this point.

In our tests, Aeros averaged 17.6-20.1 mpg, depending on driving conditions. While we have not measured a 9-2X 2.5i model, a similar test Impreza 2.5i averaged 20.5 mpg in mostly city driving. The 9-2X 2.5i uses regular-grade fuel, while Aeros require premium.

Saab tuned the 9-2X’s suspension to deliver a slightly softer ride than the Impreza. But even with those changes, any 9-2X has a very firm ride, with the suspension readily transmitting road imperfections to the cabin. Standard AWD provides reassuring grip, and the 9-2X’s steering has a slightly more positive feel than Impreza.

Also tweaked by Saab are its wagon’s sound insulation and cabin materials. The 9-2X is slightly quieter than the Impreza on all fronts. Though the control layout and instrumentation is identical between the two cars, 9-2X has more pleasing fabrics and other materials.

The 9-2X has a generally comfortable interior, though taller drivers will want more front seat travel. The steering wheel tilts but doesn’t telescope, and the lack of available power seat adjustments are competitive disadvantages compared to other premium compact cars. In the back seat, there is sufficient head room for those up to about 5-ft-11. Leg room is tight even with the front seats halfway back.

With its wagon body style and 60/40 split folding rear seat, 9-2X is generally a flexible cargo hauler, though its interior storage is scant.