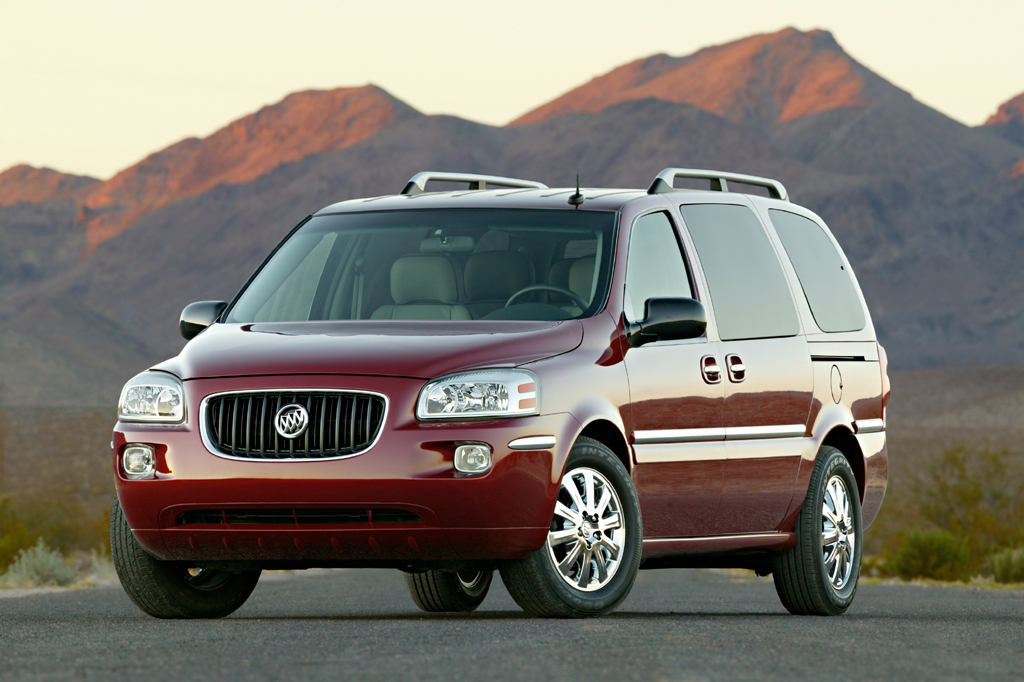 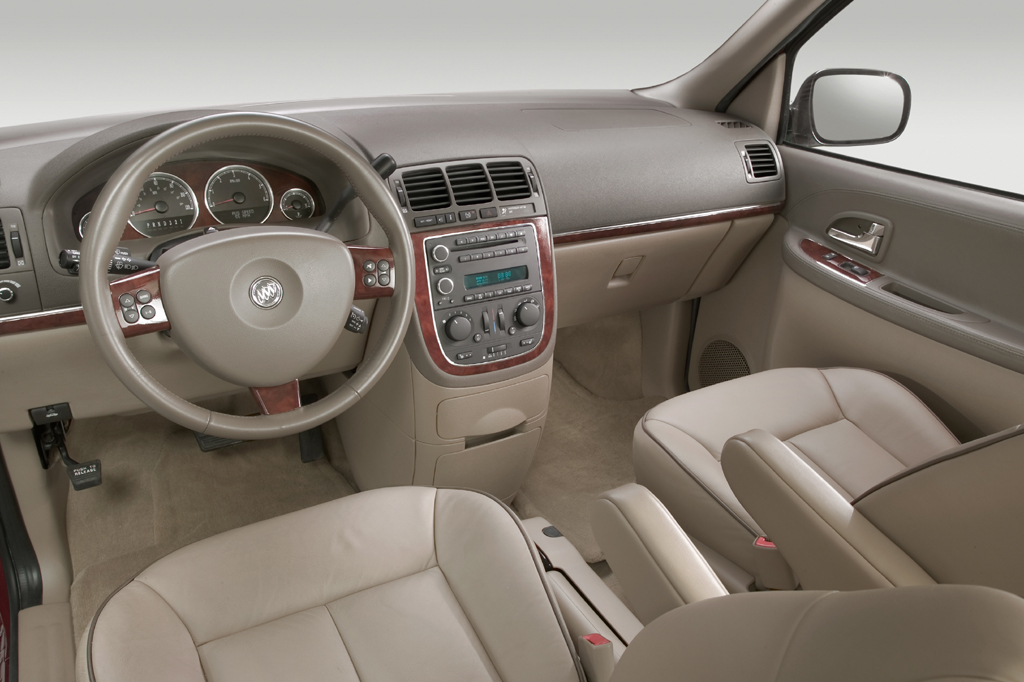 Terraza has significant competitive disadvantages, namely the lack of curtain side airbags and 3rd-row seats that don’t fold flat into the cargo floor. On the plus side, it’s quiet and has standard DVD entertainment. In the long run, however, a better designed minivan like the Dodge Caravan or Honda Odyssey makes more sense.

Buick received its first minivan for 2005. Terraza shared its basic design with the 2005 Chevrolet Uplander, Pontiac Montana SV6, and Saturn Relay. All basically added an SUV-style nose to the 1997-2004 GM minivan design to create what GM dubbed the “crossover sport van.” Terraza was the costliest, most luxurious version, and was the only one to come standard with load-leveling suspension.

Terraza offered CX and uplevel CXL models. There was one body length and seats for seven via folding/removable 2nd-row bucket seats and a 50/50 fold-flat 3rd-row bench. A power sliding passenger-side door was standard on CX; CXL added a power driver-side door, which was optional on CX. Terraza used a 200-hp V6, 4-speed automatic transmission, and either front- or all-wheel drive. Front-drive models had GM’s Stabilitrak traction/antiskid control. All models came with 4-wheel antilock brakes, 17-inch wheels, and OnStar assistance.

Front side airbags providing head and torso protection were optional on CX and standard on CXL, but curtain side airbags weren’t offered. Also standard were a CD/MP3 player, DVD entertainment, and a roof-rail system with available snap-on storage modules. Rear air conditioning and a rear cargo organizer were optional on CX, standard on CXL. CXL also added leather seating surfaces and rear obstacle detection. Among the options for both models were satellite radio and a remote starting system that operated from the keyfob.

Front-wheel drive models feel livelier than GM’s quoted 0-60 mph time of 10.5 sec. All-wheel drive models are heavier, and therefore lazier, on takeoff. But all have adequate highway passing power. Fuel economy is mediocre at best, averaging 18.2-19.4 mpg depending on driving conditions. While no minivan is sporty, Terraza is average for the class in handling response. Body lean is prevalent, but the availability of AWD is a plus for wet or snowy conditions. Despite being the only GM van with an independent rear suspension, Terraza allows more float and wallow than its corporate cousins. Terrazas are among the most quiet of all minivans.