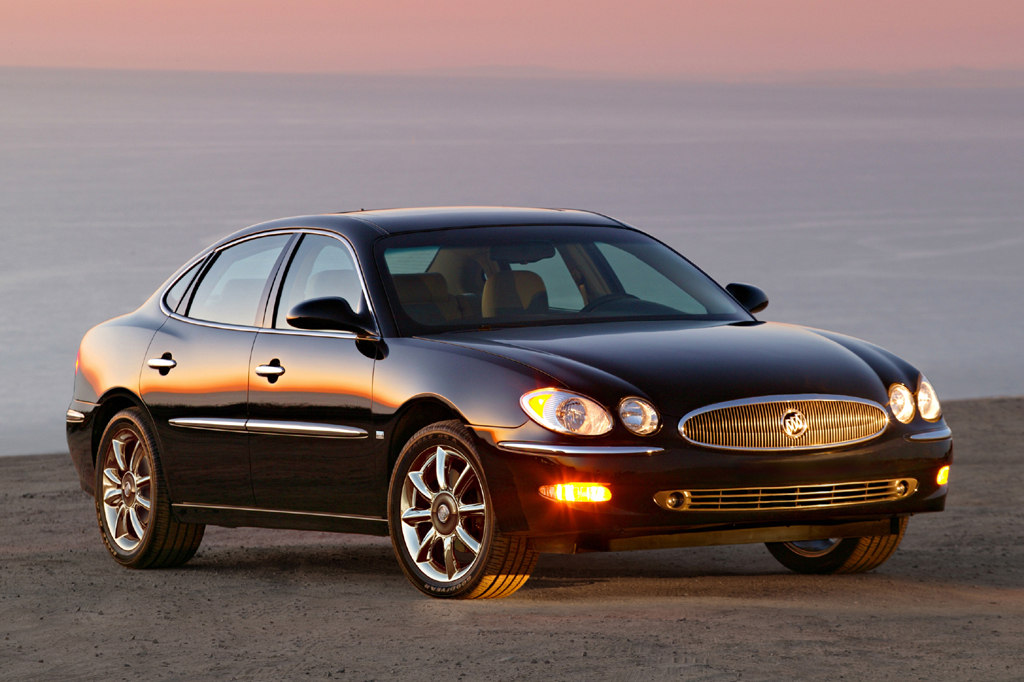 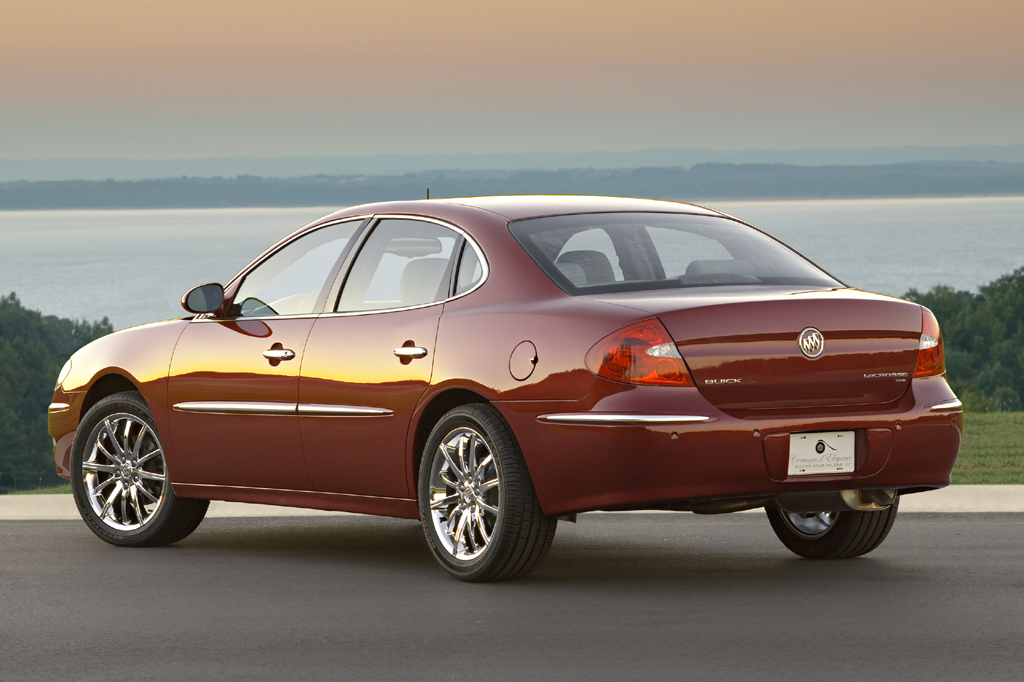 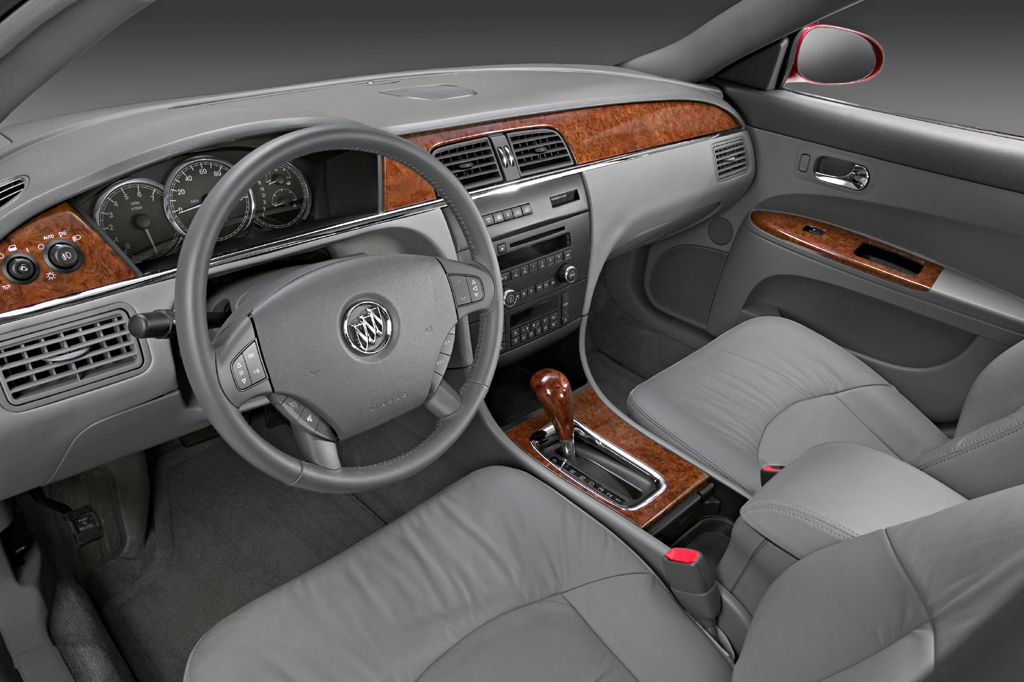 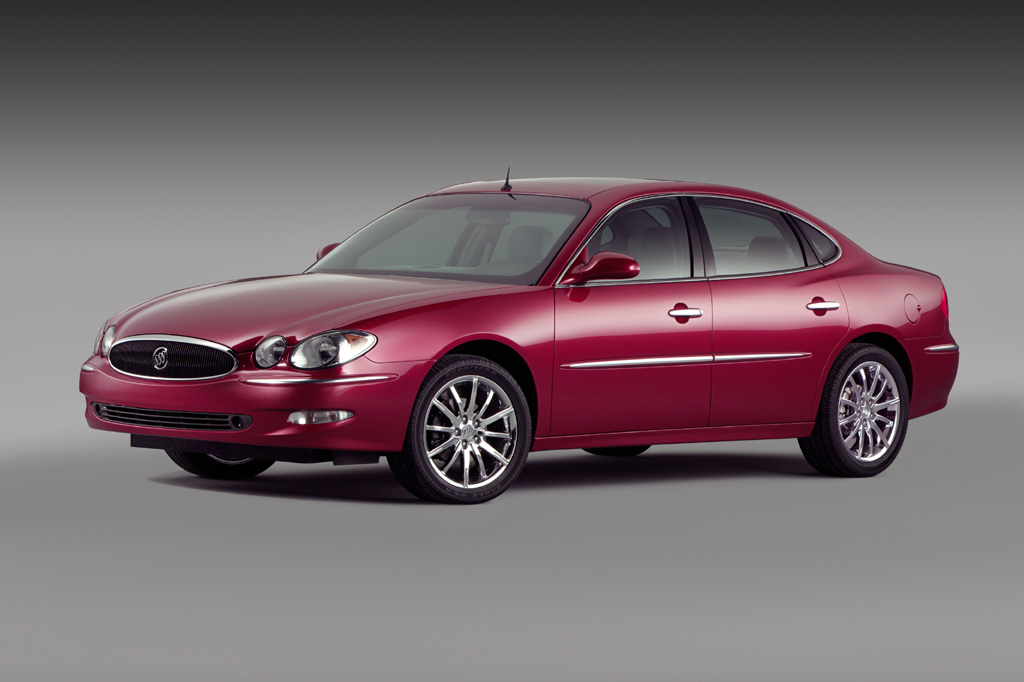 LaCrosse generates more division among our testers than most cars. All agree that no model matches Honda Accord or Toyota Camry for overall value. Some testers say the CX and CXL models suffer outdated engineering and poor road manners, and that the CXS falls short of its sporty promise. Conversely, other testers like the CX and CXL for their traditional Buick room and comfort, and the CXS for its engine and handling.

Buick replaced its Century and Regal sedans for 2005 with a slightly larger version of their basic front-drive design. LaCrosse offered five-place seating with front buckets or six-passenger seating with a flip-and-fold front center seat. Three trim levels were offered: CX and step-up CXL use a 200-hp V6. The top-line CXS had a 240-hp V6. It came with a sportier suspension and 17-inch wheels vs. the others’ 16s. All used a 4-speed automatic transmission. Each LaCrosse had 4-wheel disc brakes. ABS and traction control were standard on CXS, optional on the others. An antiskid system was an exclusive CXS option. Curtain side airbags were optional on all; front torso side airbags were unavailable. CXL and CXS had leather upholstery. Optional on CX and standard on the others were a tilt/telescope steering wheel, dual-zone automatic climate control, and a split folding rear seatback. Remote engine start and a sunroof were optional on all.

Both LaCrosse engines furnish brisk takeoffs, but the 200-hp engine in CX and CXL lacks passing muscle. CXS’ 240-hp engine is stronger at all speeds and did 7.1 sec 0-60 mph in our tests. The automatic transmission is smooth with either engine. A test CXL averaged 21.1 mpg; a CXS averaged 18.3, both in mixed city/highway driving on the recommended regular unleaded fuel.

Ride and handling were average. CX and CXL were comfortably absorbent, though they had a tendency to wallow over bumps at highway speed. Around corners, these models showed notable body lean and overboosted steering. The CXS’ sport-tuned suspension sharp bumps more than the other models, but it compensated with more composed handling.

All models tested were quiet, with wind rush noted at 65 mph and body drumming over coarse pavement. Some testers said the 240-hp V6 rivaled top import brands for smoothness, others were hesitant to put it in the same league with perennial favorites Honda Accord and Toyota Camry. The quality of LaCrosse’s interior materials impressed, with plenty of soft-touch surfaces and solid assembly.

Seat comfort was generally good, with the fronts providing decent lateral support and adequate head and leg room for all but the very tall. The rear seat was praised for its leg and toe space, admonished for its lack of thigh support. Cargo space and loading were hampered by a narrow opening and structural beam located behind the rear seat. In-cabin storage was good, however.