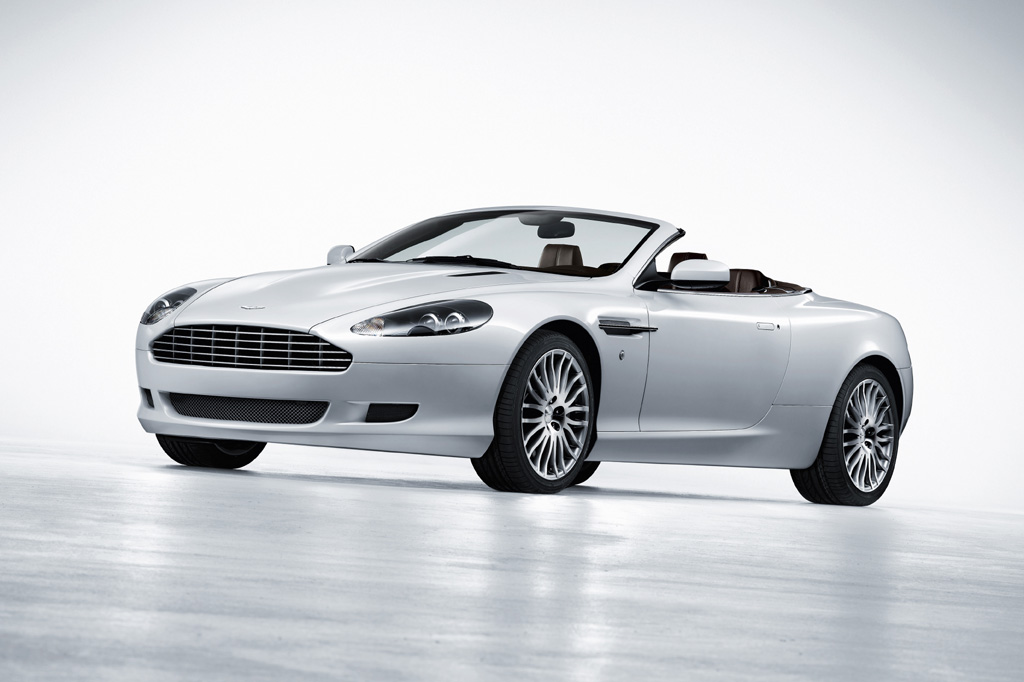 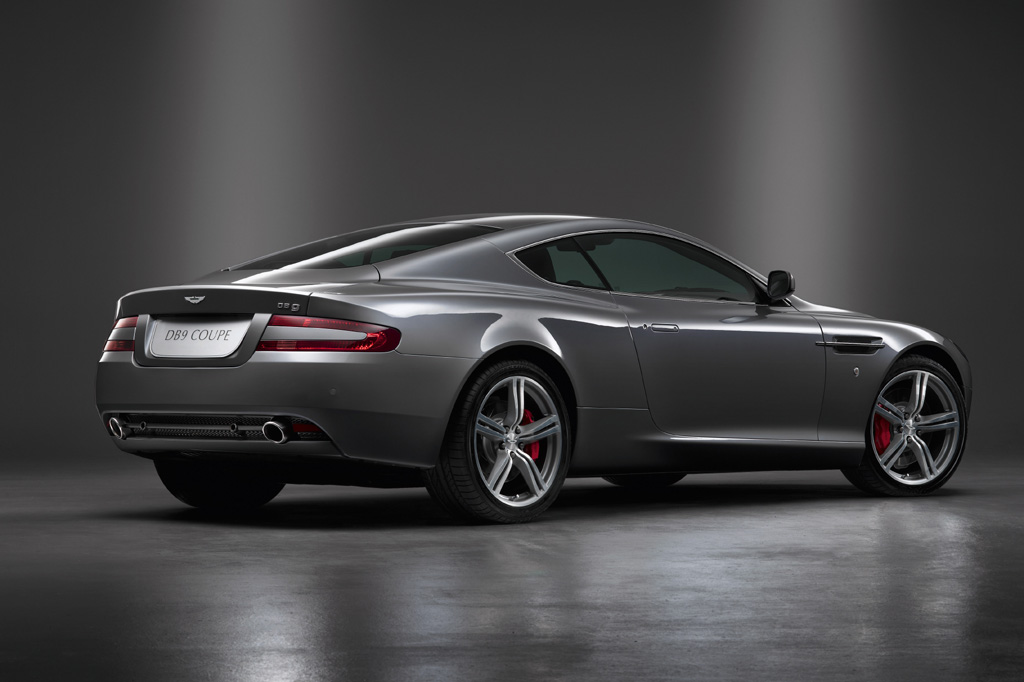 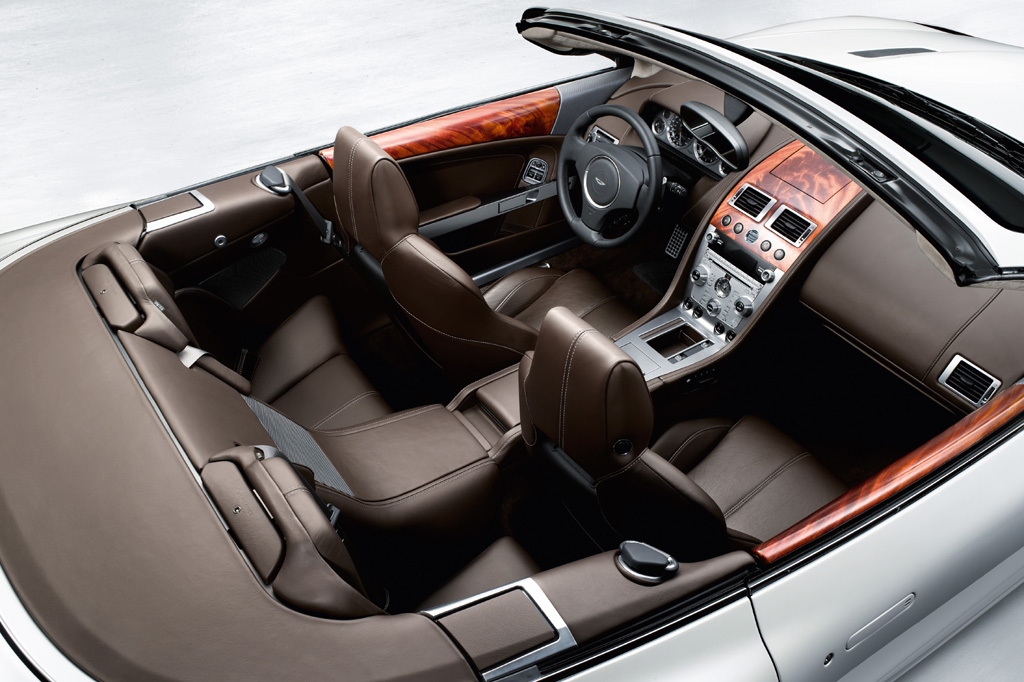 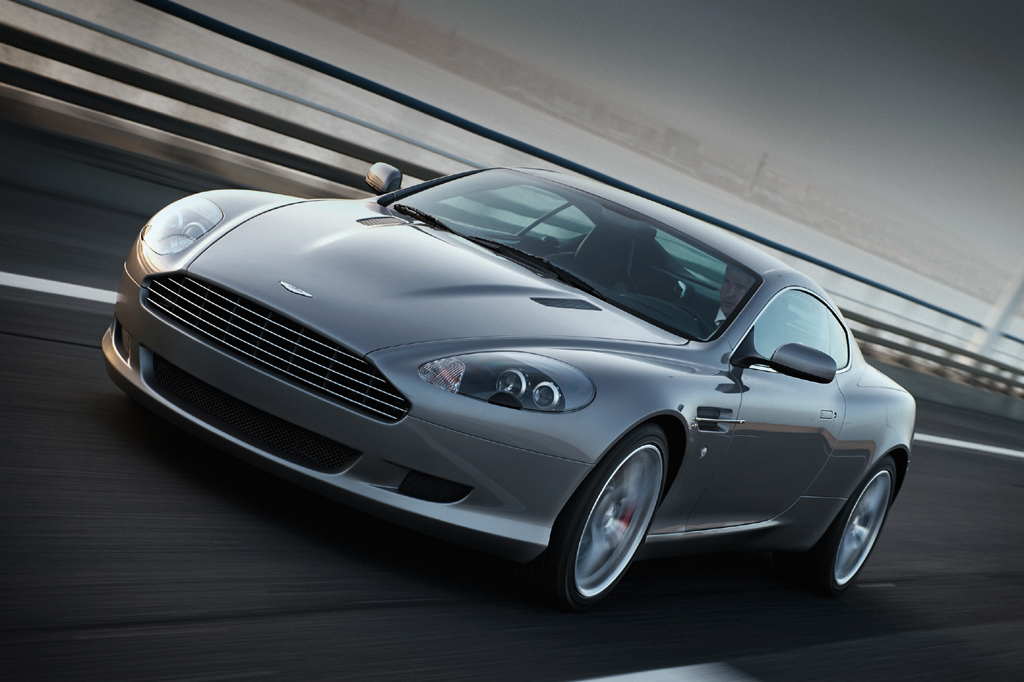 It might seem a bit absurd to compare the value of vehicles that were priced above $200,000 when new, but some examples reward their well-heeled owners better than others. In this class, we’ve found Bentley’s Continental series of coupes and convertibles offer better performance, more solid body structures, and more attractive prices–at least when new. That said, the Bentley cabin lacks this Aston’s clubby charm, and few cars match the DB9’s intoxicating engine note and exhaust rumble.

Long known as a builder of English luxury grand touring automobiles and sports cars, Aston Martin may be most famous for supplying James Bond’s (played by Sean Connery) DB5 in the 1964 movie Goldfinger. Postwar Aston Martin history dates back to late 1948, when the low-production DB1 first appeared; and to spring 1950, when the DB2 debuted. By the 21st century, Aston Martin was under the stewardship of Ford Motor Company.

Introduced during 2004 as a 2005 model, mounted atop a bonded aluminum space frame, the DB9 continued the “DB” prefix that had been revived for the DB7, which disappeared after 2003. At 108 inches, the DB9’s wheelbase was 4 inches longer than that of the DB7. Production took place at a new factory in Gaydon, England. Styling of the V12-powered DB9 coupe, which had appeared at the Frankfurt Motor Show in fall 2003, included what some called swan-wing doors. Considered a 2+2 coupe, the DB9 seated four (at least theoretically). A DB9 Volante convertible soon joined the original coupe, also with a tiny back seat. Volante convertibles included rollover bars that were designed to deploy during an impending tipover. Shipped from Germany, the DB9’s V12 engine developed 450 horsepower and 420 pound-feet of torque. Buyers could choose a six-speed manual gearbox or a six-speed automated-manual, which had no clutch pedal and could be set to shift like an automatic. The automated-manual unit included steering-wheel paddles for manually-selected gearchanges. Aston Martin claimed 0-60 mph acceleration in 4.9 seconds. Safety features included antilock braking, traction control, and front side airbags. Safety features had been developed with the assistance of Volvo. Sticker price for the DB9 coupe in the U.S. started at $155,000.

For its first three seasons, the DB9 had a 6.0-liter V12 engine that developed 450 horsepower. Starting in mid-2008, Aston Martin’s 6.0-liter V12 engine gained 20 horsepower, for a total of 470. Two six-speed transmission choices have been offered: a conventional manual gearbox, and Aston Martin’s automated-manual transmission, which lacked a clutch pedal and could shift like an automatic.

Although acceleration in a Volante convertible with the automatic transmission is not neck-snapping from a stop, the soft-top DB9 gathers speed quickly and has an abundance of reserve power for passing and merging. The DB9 coupe has not been road-tested.

Consumer Guide has not yet tested fuel economy with a DB9, but the EPA estimates speak for themselves. With manual shift, a DB9 gets an estimate of just 11 mpg in city driving and 17 mpg on the highway. The automated-manual transmission raises that estimate to a still-thirsty 13-mpg city/20-mpg highway. All Aston Martin vehicles require premium-grade gasoline.

Ride quality is a disappointment: surprisingly firm, allowing even modest road imperfections to filter into the cabin. Additionally frustrating is the convertible’s less-than-rigid body structure, which contributes to copious flexing over railroad tracks and other large road imperfections.

A DB9 convertible is never really quiet–nor is it meant to be. The V12 engine and baritone exhaust note combine to create a mechanical symphony that dominates the driving experience. With the top up, a fair amount of road noise enters the cabin, but highway cruising is just quiet enough to allow normal conversation.

Controls and materials qualify as traditionally British–in the worst possible way. Though the primary gauges are large and reasonably well-marked, minor controls are oddly placed and never quite work as expected. Leather and bright metal accents dominate the cabin, which exudes a clubby, upscale ambiance. Frankly, car interiors don’t get much nicer than this one from Britain.

Despite the DB9’s substantial mass, the cabin itself feels surprisingly narrow. Credit for that phenomenon goes to the large center console, which consumes much of the space. Entry and exit maneuvers are complicated by the low seating position and, with the convertible top up, low roof height. Only in theory are passengers welcome in the back seat, which is really just storage for grocery bags and other small parcels. Legroom is virtually nonexistent. An agile single occupant could possibly slip inside and occupy the rear, positioned sideways, but that would be acceptable only in an emergency.

By using soft luggage, two folks might have trunk space for a weekend getaway. Cabin storage is similarly limited, consisting of a shallow center-console bin and a modest-size glovebox.