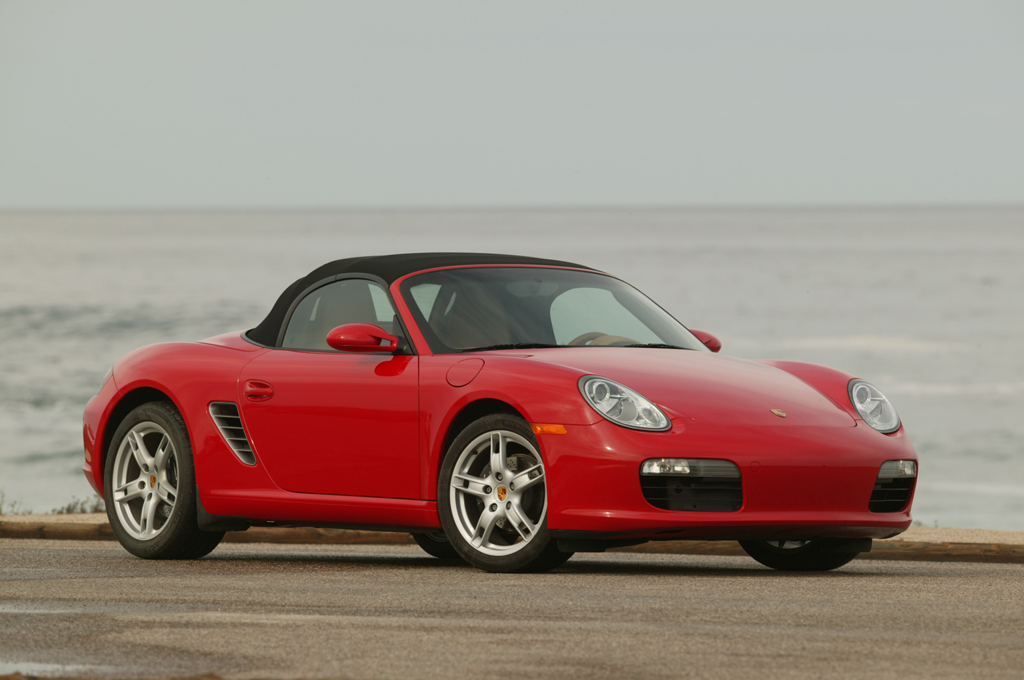 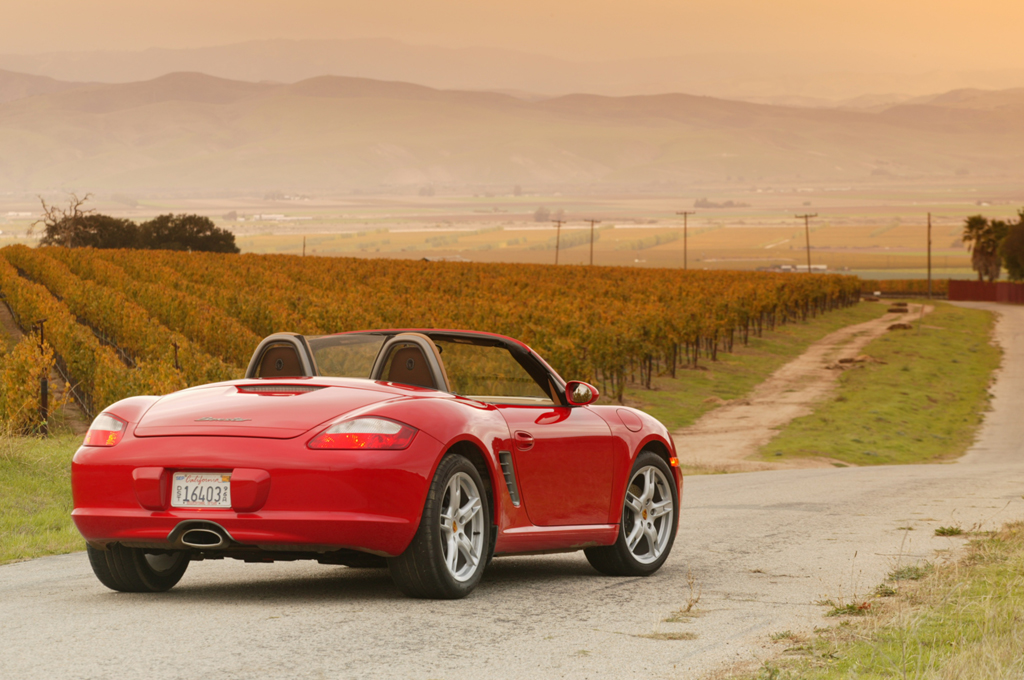 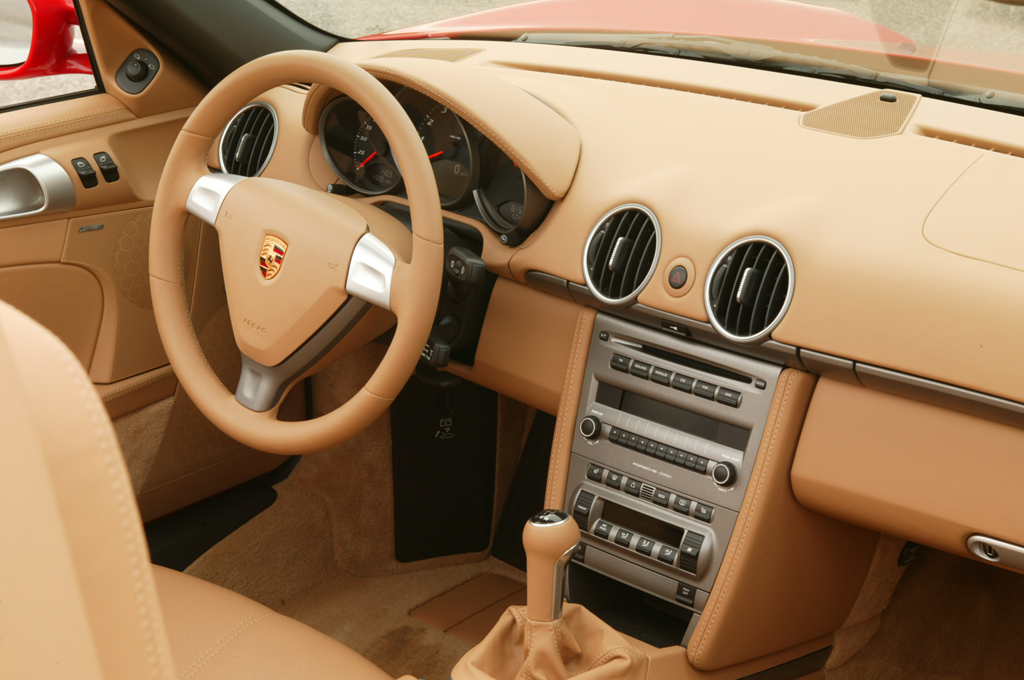 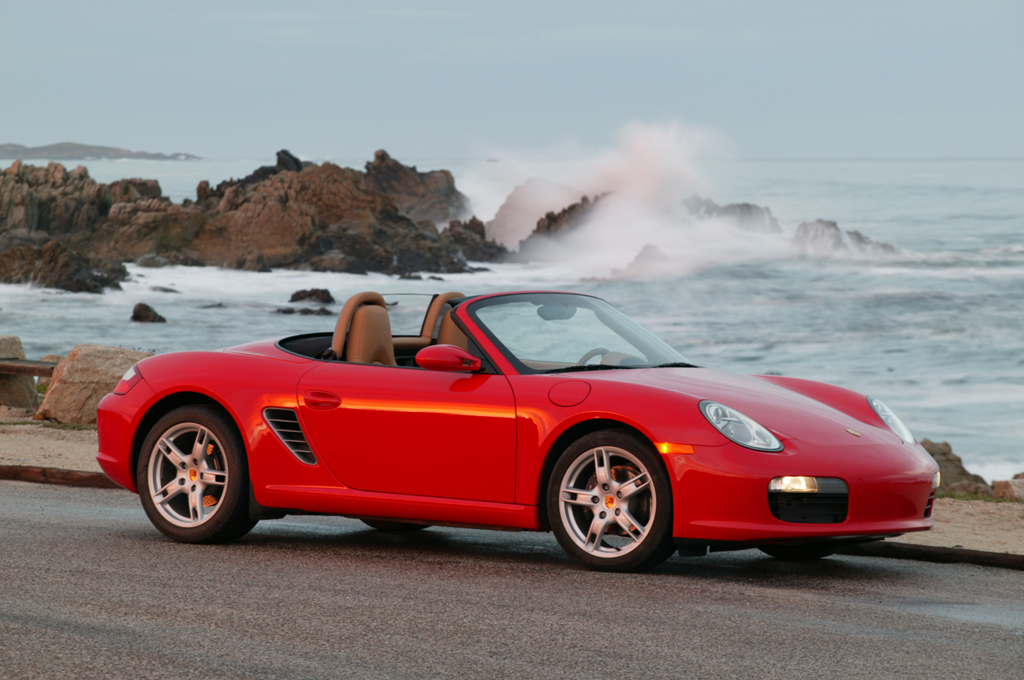 Some less-expensive sports cars challenge Boxster on a fun-per-dollar basis, and some like-priced competitors deliver more outright power. But few match its range of strengths: road manners, mechanical sophistication to satisfy the most discriminating driver, a good dose of everyday usability, and the cachet of the Porsche name.

Porsche redesigned its least-expensive car for 2005, giving it more power, a new interior, and revised styling. Size and weight changed only fractionally from the 1997-2004 version, and Boxster remained a 2-seat convertible with a mid-mounted, horizontally opposed 6-cyl engine. It returned in base and S models, both with a power soft top and heated glass rear window. The base retained a 2.7-liter engine, but with 240 hp vs. 228. The S reprised a 3.2-liter, but with 280 hp vs. 258. A 5-speed manual transmission was standard on the base model. A 6-speed manual was standard on the S, optional on the base. A 5-speed automatic with manual-shift capability via steering-wheel buttons was optional on both. ABS was standard, as was the previously optional traction/antiskid control. Base models traded standard 16-inch wheels for 17s and are available with the 18s standard on the S; 19s were optional on both. Front torso side airbags were included, as were side airbags that deployed from the doors. Options included leather upholstery and a navigation system. An available Sport Chrono Package included a dashboard stopwatch and controls that modified throttle, traction, and suspension systems to suit racetrack-type driving. Also optional was Porsche’s Active Suspension Management with normal and sport settings. The S was available with ceramic composite brakes.

Boxster and Cayman, particularly the S versions, have smooth, ready power. Though not sports-car ideal, the available automatic transmission is a good substitute for the standard manual. Porsche’s 0-60 mph acceleration claims seem credible and are as follows: 5.9 sec for base with manual transmission, 5.2 for S with manual, 6.8 for base automatic, and 6.2 for S with automatic. The R, introduced for 2012, may be a bit quicker, but has little power below 4000 rpm.

While we have not had an opportunity to measure with the Boxster, test Cayman S models with manual transmission averaged 20.5-22.8 mpg. Premium-grade fuel is required.

With most sporty/performance cars, there is a tradeoff between ride comfort and handling prowess. Boxter and Cayman are no exception. Ride quality in these vehicles largely depends on tire selection. There’s little undue harshness on models with 18-inch tires. A test Boxster S with 19s was uncomfortably choppy on all but the smoothest surfaces. A 2012 Cayman R was stiffer still, being harsh over even moderate bumps. The convertibles also display more structural jitter than in BMW, Mercedes-Benz, and Honda rivals.

The tradeoff is handling that can be described as invigorating. Steering is responsive with tenacious grip in turns. The Cayman R takes that up a notch, and is one of the best-handling cars on the market. The standard traction/antiskid control aids in driver confidence. Braking is strong.

Boxter’s and Cayman’s engine is mounted behind the seats, which means more mechanical ruckus than in other models with front engines. But most drivers shouldn’t mind the precision noises that emanate from these Porsches. Road and wind noise aren’t objectionable, though Boxsters are slightly louder than Caymans. Top down noise is prominent in Boxster, but again, it doesn’t annoy.

Inside, both cars have an orderly control layout, but small, look-alike buttons govern the audio and climate systems. Those are further complicated by the available navigation system.

Boxster and Cayman have seats that are exceptionally supportive, and there’s enough leg and head room for six-footers. Rear visibility is severely limited in Boxster, and only marginally better in Cayman. Both cars have front and rear cargo bays, and they require careful packing in order to maximize the space available.