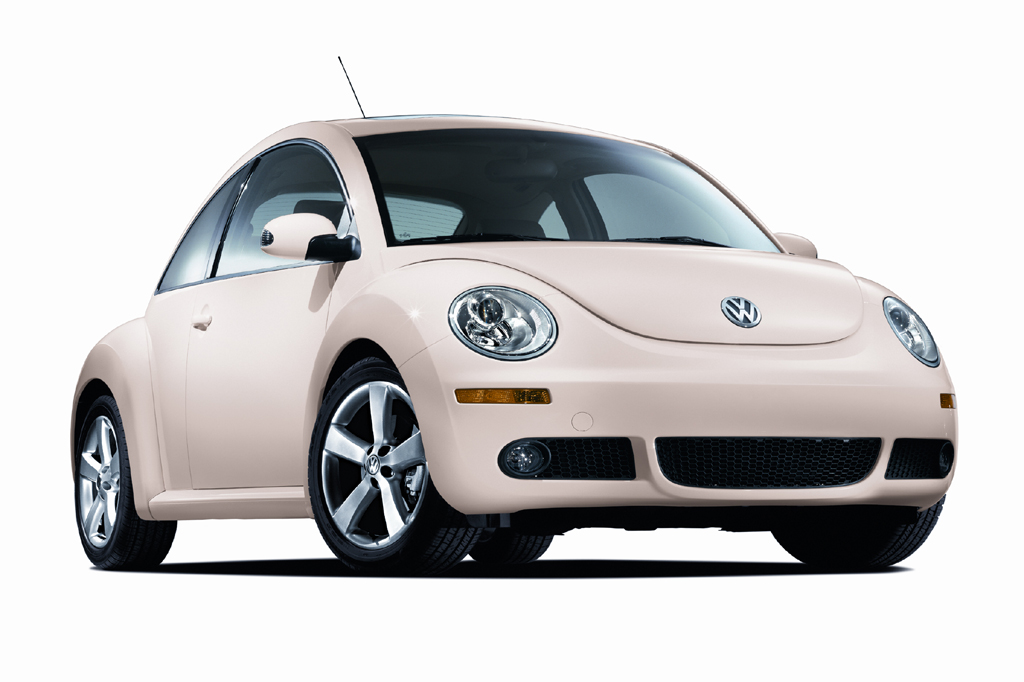 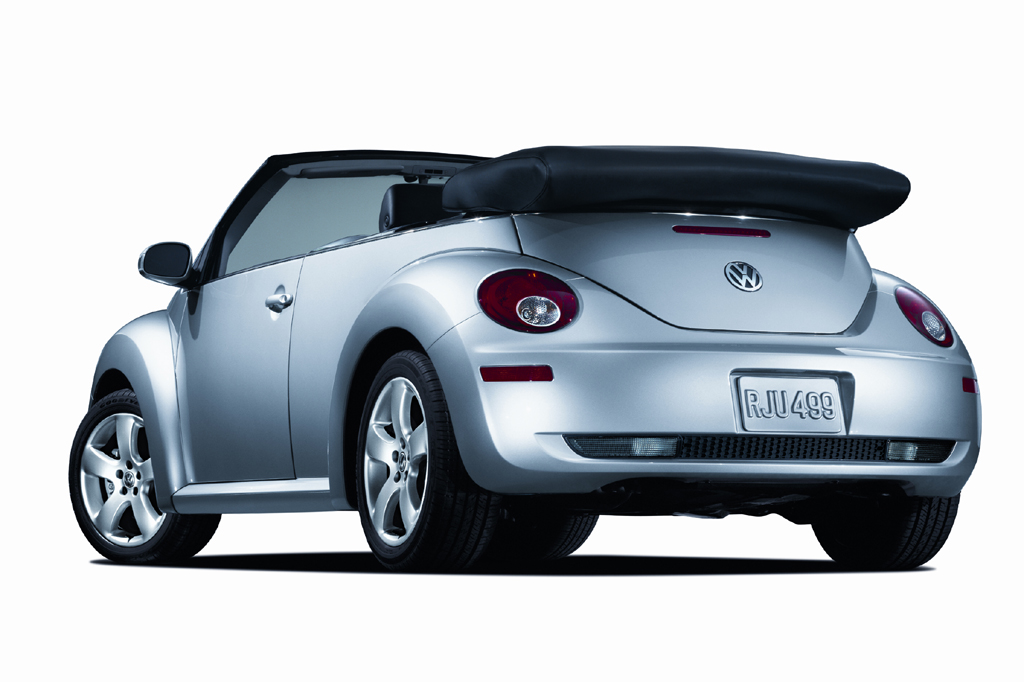 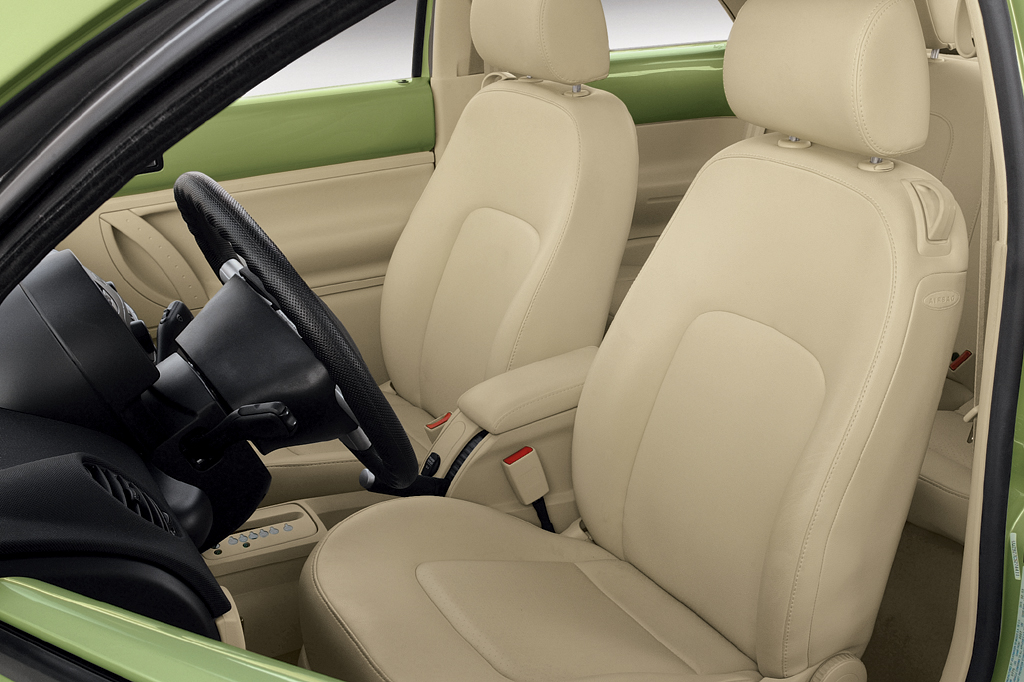 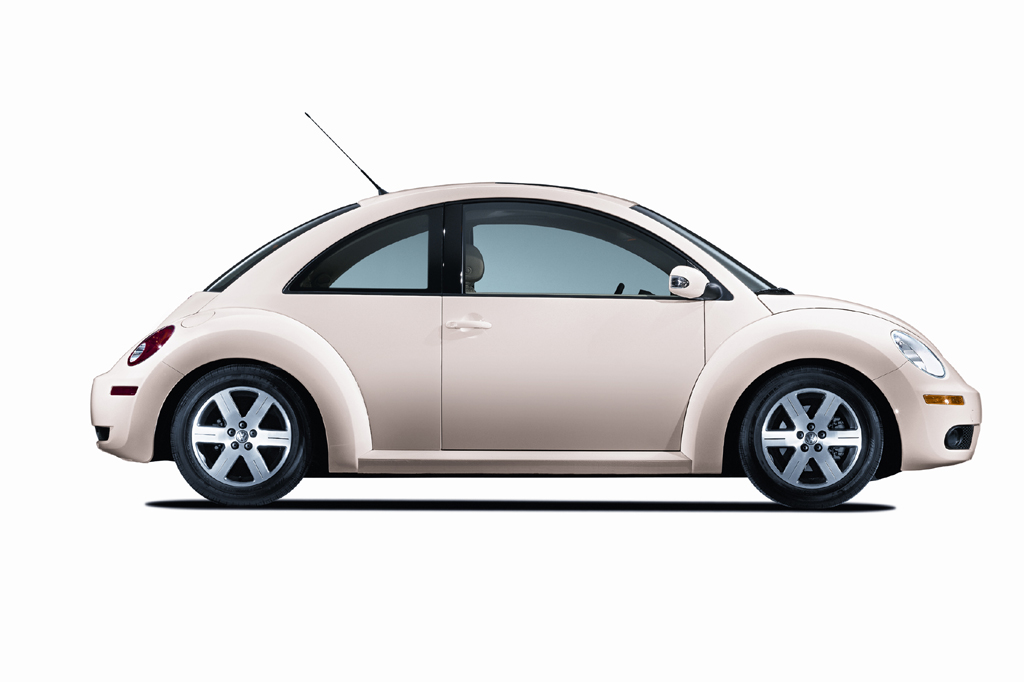 Volkswagen hoped the new powertrain and revised styling would help revive interest in the New Beetle line. Retro design has its drawbacks, and Volkswagen’s five-cylinder engine comes up somewhat short. Even so, New Beetles are entertaining, solidly built, and reasonably practical funmobiles. Convertibles sacrifice some of the hatchback’s passenger and cargo space, but reward with a particularly expansive open-air feel.

A more powerful standard engine and revised styling constituted 2006 updates of note to Volkswagen’s uniquely retro-styled automobile. As before, New Beetles came as two-door hatchbacks or convertibles. Headlamps, taillamps, fascias, and side sills were reworked.

A 150-horsepower 2.5-liter five cylinder was now the standard engine. The 115-horsepower 2.0-liter and 150-hp turbocharged 1.8-liter were dropped. Available only as a hatchback was the TDI model, with a 100-horsepower 1.9-liter turbodiesel. A five-speed manual transmission was standard. Six-speed automatic with a manual shift gate was optional.

Every New Beetle included antilock four-wheel disc brakes and front side airbags, with head and torso protection. An antiskid system and traction control were standard. Standard wheels were 16-inch size; 17s were optional. Audio systems had a jack for connecting digital music players, and satellite radio was available for all models. Also optional were leather upholstery and heated front seats. Larger cupholders went into the redesigned console.

Although New Beetles roughly competed against the Acura RSX, Mini Cooper, and Scion tC, they had a retro-look all their own, descended from the original Beetles that took America by storm in the 1950s and ’60s.

Acceleration isn’t a high point. With manual shift, the slow-revving five-cylinder engine needs full throttle to produce the best takeoffs, though it does feel livelier once under way. Essentially, gas-engine performance is similar to that of a like-equipped Jetta. The diesel engine TDI model performs well in most situations, though it feels taxed in highway passing maneuvers.

Beetles are less agile than an Acura RSX or a Mini Cooper, and their bulky shape can induce crosswind wander at highway speeds. Still, all models corner with grippy predictability, if also fairly marked body lean. Handling is sharper with 17-inch tires. Brakes are strong and confident.

Engine and tire noise score around average. Gruff at full throttle, the turbodiesel also is a bit clattery at idle. Wind noise rises to require raised voices at highway speeds, though automatic-transmission models are geared for lower engine rpm and are thus a tad quieter. Top-up convertibles are noisier than hatchbacks, but not wearing on long drives. Top-down chats are difficult at highway speeds.

Most controls are user-friendly, but the tiny tachometer is hard to read and audio controls are too small for some drivers. The tilt/telescoping steering wheel is helpful, but the driver’s shift hand can easily collide with the dashboard just ahead. Stylish cabin decor is high quality throughout. Poor side-window sealing had one test convertible whistling in the wind. A second suffered detached roof-liner pieces and a cracked roof-release latch.

Comfortable front seats have simple pump-handle height adjusters, but tedious handwheels for reclining the backrest. Expect fine legroom, plus towering head clearance even for six-footers. Windshield posts and door mirrors can obstruct vision in turns, and the view over the vast dashtop differs from most cars. The convertible top limits lane-change vision when up, and blocks some view aft when down. Rear legroom virtually vanishes with front seats more than halfway back, while headroom is nonexistent for those over five-foot-six. Narrowing in the back, the cabin is snug even for two preteens. Entry/exit is not that easy, either–yet best in class by virtue of wide doors and front seats that tip up and forward.

Cargo space is satisfactory in the hatchback. Roof slope limits space beneath the hatch, but rear seats fold nearly flat to open up good room. The convertible’s separate trunk is quite small in size and opening, but usefully shaped. Cabin storage for small items is skimpy.