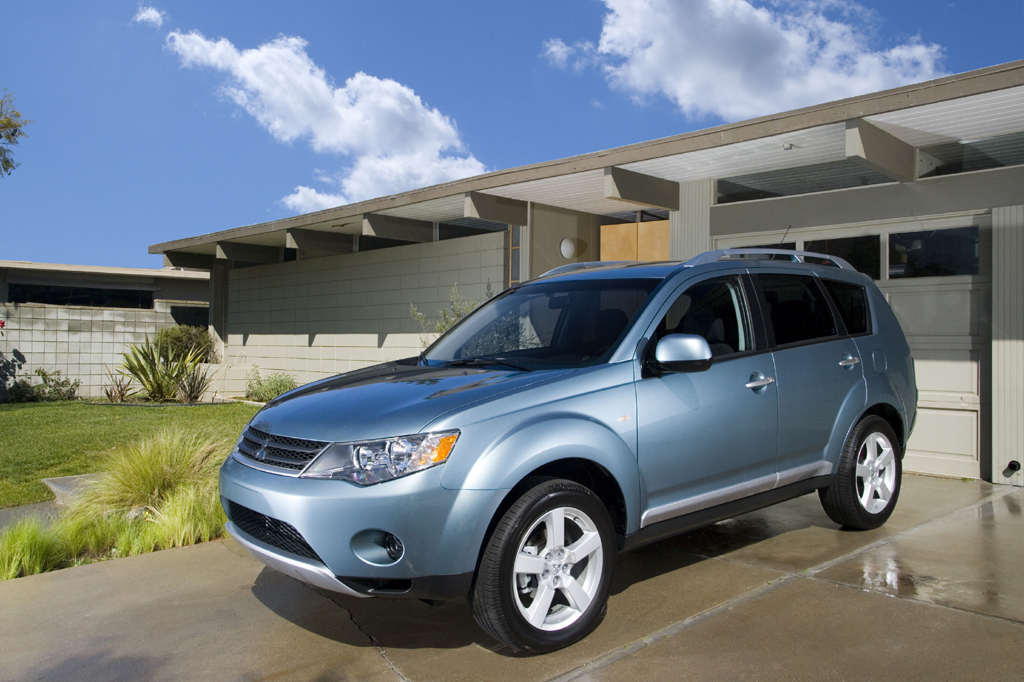 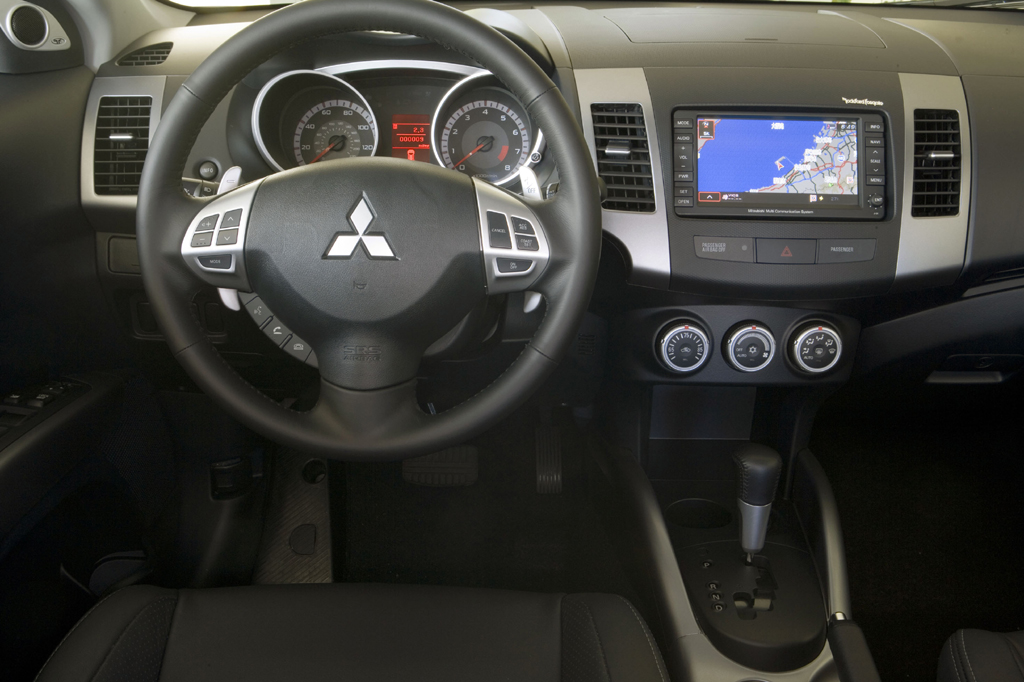 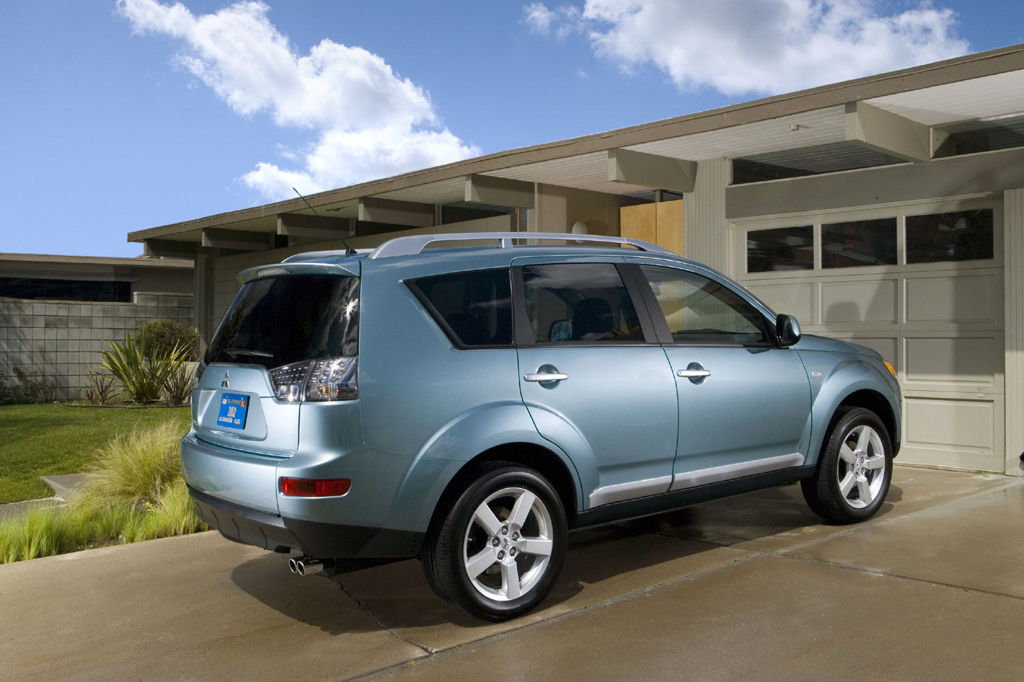 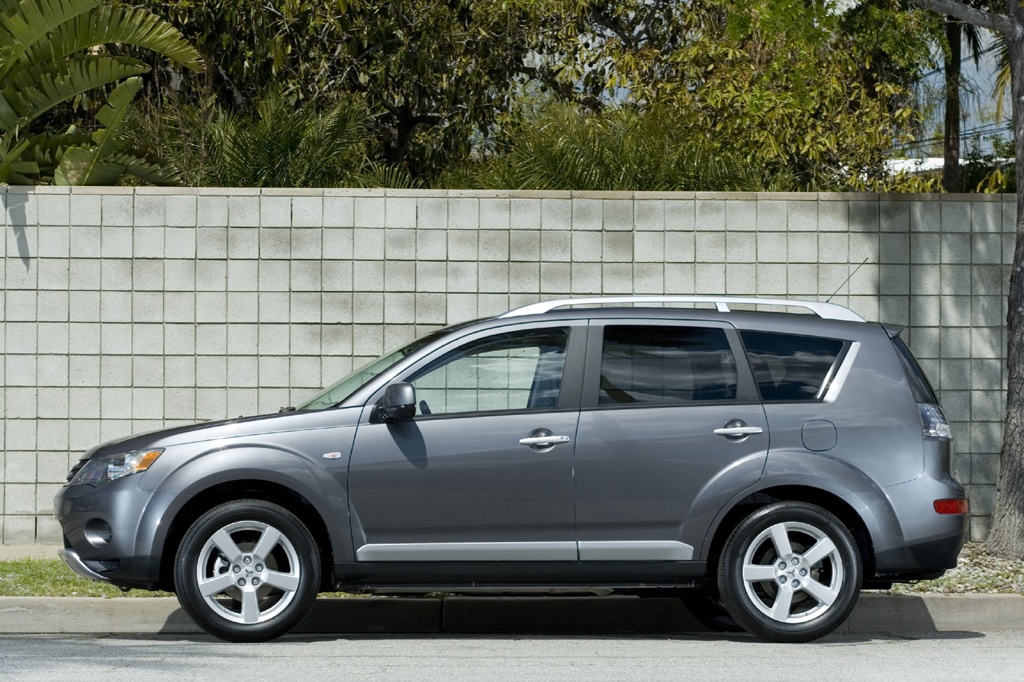 In its redesigned form, Mitsubishi’s compact SUV is worth a look, but be sure to consider the competition as well. Outlander’s virtues include a responsive transmission and flexible cargo accommodations. Among its demerits are a raucous engine and subpar interior materials. Mitsubishi’s record of weak resale values could be a benefit for the used Outlander buyer.

Mitsubishi redesigned its compact sport-utility vehicle for 2007, giving it fresh styling, a V6 engine, and an available third-row seat for seven-passenger capacity. In its 2003-2006 form, the first-generation Outlander had been a five-seater with four-cylinder power. Outlander remained a car-type four-door wagon, but gained 2 inches in wheelbase and 3 inches in overall length. ES, LS, and XLS trim levels were offered. Each was available with front-wheel drive. LX and XLS models could have all-wheel drive, which lacked low-range gearing but could be set for front-drive only, AWD, or for a locked-in 50/50 front/rear power split.

All Outlanders now had a 220-horsepower V6 engine, replacing a 160-hp four-cylinder. Sole transmission was a six-speed automatic with a manual shift gate. XLS models added steering-wheel shift paddles. Antilock braking and traction/antiskid control were standard. So were front side airbags and curtain side airbags. ES and LS models seated five, but the XLS held seven via a third-row bench that folded into a well in the cargo floor when not in use. In all models, the second-row seatback reclined and the seat could slide fore and aft to maximize either passenger or cargo space. XLS models had standard automatic climate control and a wireless cell phone link. Leather upholstery with heated front seats was available for the XLS. So was a navigation system with a hard drive for storing up to six gigabytes of MP3 music files. Outlander competitors included a Honda CR-V, Hyundai Tucson, and Toyota RAV4. According to Mitsubishi, Outlander was the first PZEV (Partial Zero Emissions Vehicle) SUV offered in the U.S. market.

All 2007 Outlanders use a 220-horsepower, 3.0-liter V6 engine and a six-speed automatic transmission, with either front- or all-wheel drive. For 2008, a four-cylinder engine went into ES models, but others retained the V6.

Mitsubishi’s V6 moves Outlanders with more than enough verve for most driving conditions, though it could use more power for ideal highway passing response. The six-speed automatic transmission is prompt and responsive. Manual shifting using the floor lever or the XLS’s steering-wheel paddles is particularly useful. The four-cylinder ES is slow from a stop but builds speed adequately and promptly. An AWD ES accelerated to 60 mph in 9.4 seconds; the 2WD model feels slightly quicker. Mitsubishi’s CVT adjusts ratios promptly for passing, but power is limited.

Wind and road noise are well dampened. Whether four-cylinder or V6, Mitsubishi’s engines are noisy, droning during acceleration and cruising. Coarse-surface tire thrum is noticeable but not annoying, and it’s less prevalent in ES and LS than XLS models. One test AWD LS suffered from a number of minor creaks and groans.

Easy-to-read analog gauges are aided by a handy (but small) information display between the speedometer and tachometer, but it can wash out at times. Climate controls are mounted too low for easy access while driving. The available navigation system’s hard drive for music files is a plus for audiophiles. Navigation has a touch-screen, but it absorbs too many audio functions and is complicated to use. Cabins have few padded surfaces, and many plastic panels feel thin and hollow. They also look rather cheap.

Rear headroom is good. Second-row legroom is good in the five-seat ES and LS, thanks to long seat tracks-but the sliding feature was dropped in 2008. The XLS’s second row does not slide back as far, cramping knee space. In the XLS, the second row tumbles forward, easing access to the third row. But that third row is suitable only for children, and they will ride in an uncomfortable knees-up position on a cushion that uses webbed hammock-type material rather than conventional padding.

Cargo space is surprisingly good behind the XLS’s third row. Both second- and third-row seats fold easily. Split 60/40, the second row folds to create a flat load floor. Outlander’s liftgate has opening glass and a clamshell design that creates a handy drop-down tailgate section, which can hold up to 400 pounds. Good interior storage includes a nicely-sized glovebox and center console.