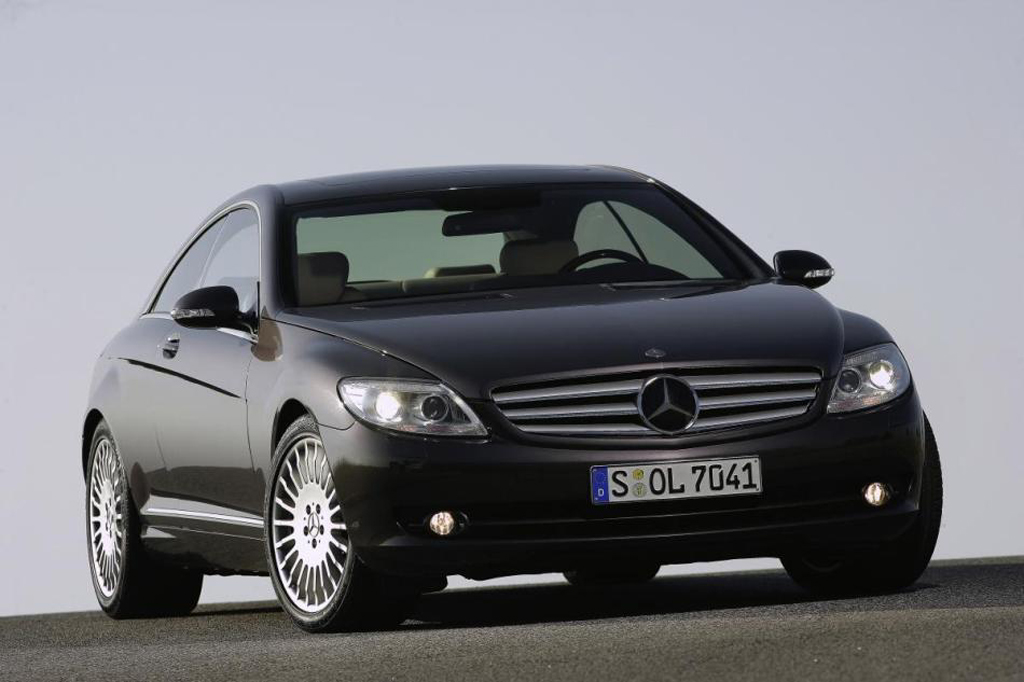 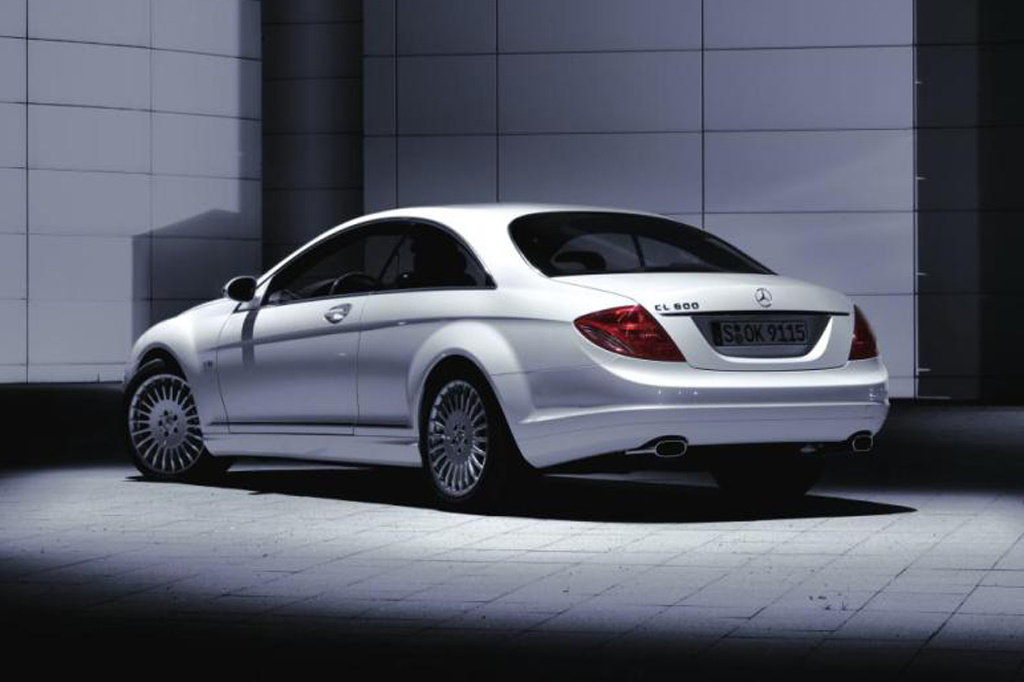 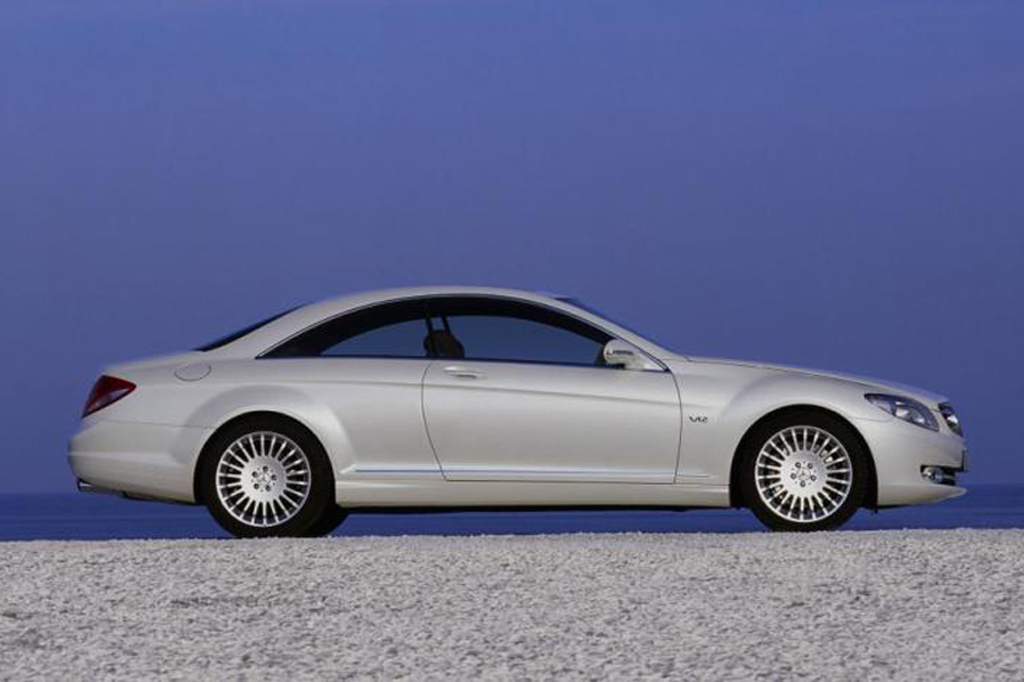 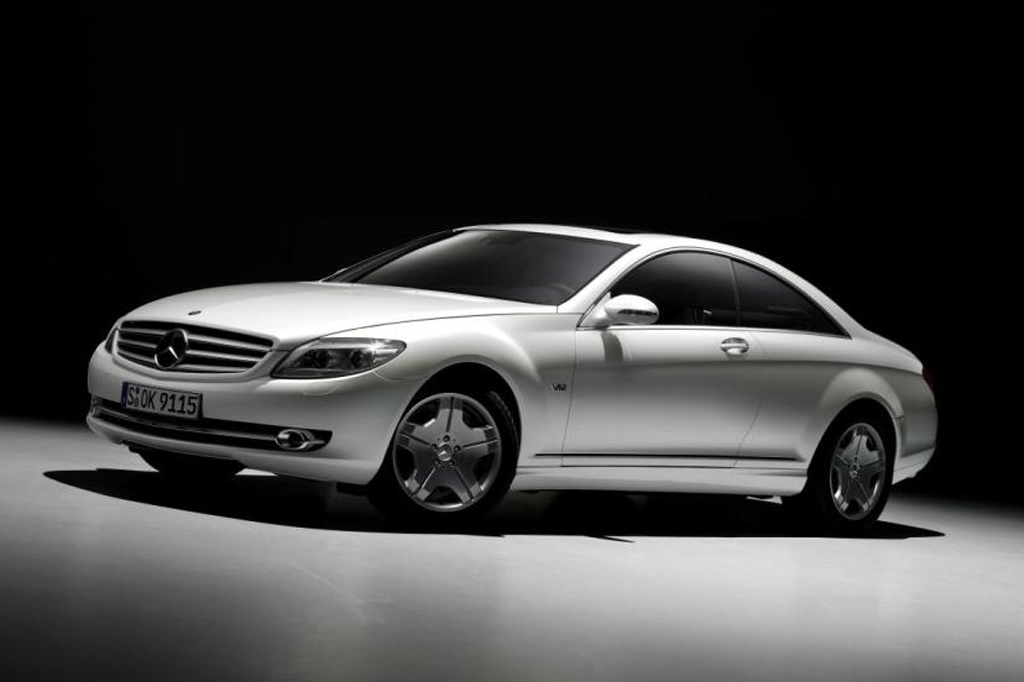 Any CL-Class is very pricey when new or even secondhand, but all of these coupes are brimming with power, technology, and luxury. For the well-heeled shopper with little use for a rear seat, these well-crafted two-doors are a wonderful indulgence.

Mercedes redesigned its flagship rear-wheel-drive coupe for 2007, giving it fresh looks, more power, and added safety features. The 2007 CL-Class was about 3 inches longer in wheelbase and overall length than the 2000-2006 generation. This coupe shared its basic design with the Mercedes S-Class full-size sedan. Two models were offered. The CL550 had a 382-horsepower V8 and seven-speed automatic transmission; it replaced the 302-hp CL500. As before, the CL600 had a turbocharged V12 and five-speed automatic, but now issued 510 horsepower versus 493.

Antilock braking, traction/antiskid control, front and rear side airbags, and curtain side airbags were standard. Newly standard was Mercedes’ Pre-Safe system that tightened seatbelts and applied additional braking force if sensors detected an impending collision. All CLs had Mercedes’ COMAND system, which incorporated a video screen and console-mounted “joystick” knob to control audio, navigation, phone, and other functions; it also accepted voice commands. Newly standard on all CLs were rear obstacle detection and wireless cell phone link. Standard on the CL600 and optional for the CL550 was Mercedes’ infrared Night View Assist, which projected onto an instrument panel screen a black-and-white image of objects beyond headlight range. ivals included the BMW 6-Series and Jaguar XK-Series.

Power delivery across the CL-Class lineup ranges from ample in the CL550 to outright ferocious in the CL65. Expect plenty of punch for highway passing and merging. The turbocharged 4.7-liter V8 fitted to the CL550 starting in 2011 suffers a bit from irregular power delivery and brief delays in response from a stop, but is otherwise impressive. Mercedes-Benz said the pre-2011 CL550 accelerated to 60 mph in 5.3 seconds, with the CL65 needing a mere 4.2 seconds. Both of those figures seem accurate. In the CL550 and CL65, the transmission is occasionally slow to downshift, but is otherwise smooth and responsive.

Fuel economy is not a CL-Class virtue. A test 2008 CL550 coupe averaged just 14.8 mpg, but a 2011 with the turbocharged engine averaged 18.0. All models require premium-grade fuel.

Ride quality scores high. All CL-Class models have firm suspension tuning, but virtually all harshness is filtered out-even in the sport-tuned CL65. The CL550 suffers a trace of floatiness, when the driver-adjustable suspension is set in Comfort mode.

Despite their size and heft, CLs are reassuringly stable when cornering, and when traveling at high speeds. The CL65 has the sharpest moves of the group. Standard Active Body Control further enhances agility. Powerful brakes provide short, drama-free emergency stops.

Whether V8 or V12, Mercedes’ engines produce classy, mechanical sounds during acceleration and are nearly silent while cruising. The CL’s slippery shape means minimal wind noise. Tire roar is more evident on the CL65 than the CL550, due to the former model’s high-performance treads.

Most major controls are logically positioned and easy to reach. Mercedes’ COMAND system integrates many audio, navigation, and other secondary controls into a single rotary-knob controlled interface. With patience, COMAND becomes second nature for audio functions, but greatly complicates others. Though understated, the CL’s cabin is appointed with luxurious, top-notch materials. Assembly quality is simply flawless.

Front space is generous on CL’s broad, supportive seats. Multiple standard power adjustments make it easy to find a comfortable driving position. Heated and cooled seats, “massaging” air bladders, and automatic-inflating side bolsters have been standard or available, but not all of our test-drivers feel they enhance comfort.

Rear seats are shaped only for two, and cramped for even average-size adults. Entry and exit are tight despite power-forward front seats.

Although the trunk is not cavernous, it has a useful shape and is luxuriously finished. Interior storage includes deep door pockets, a multi-chambered center console, and a large glovebox.