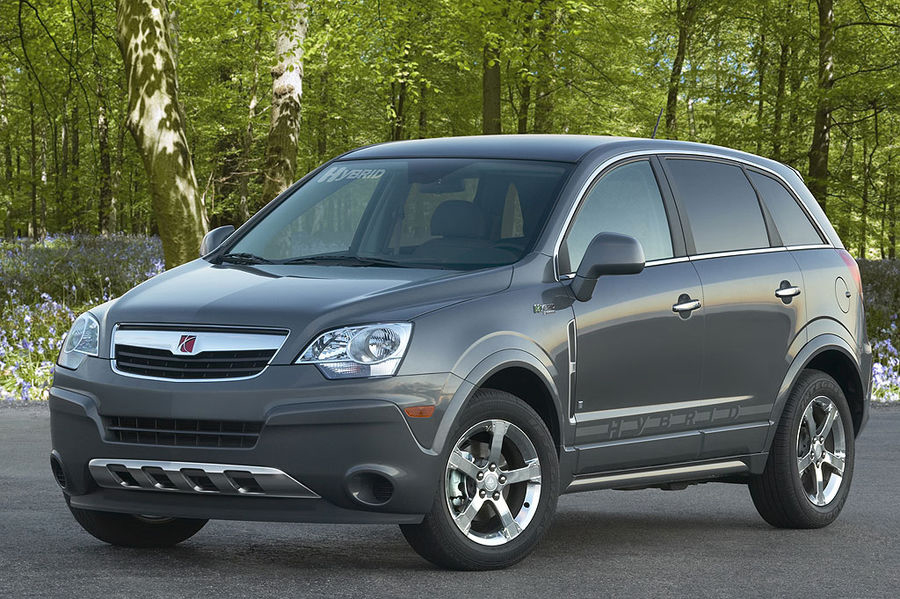 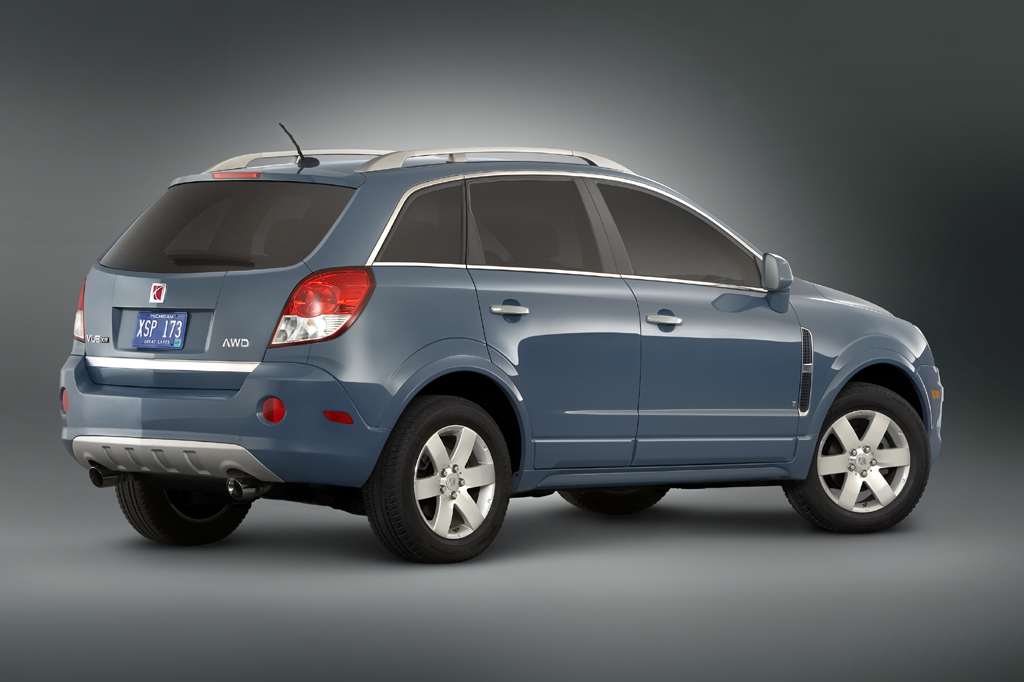 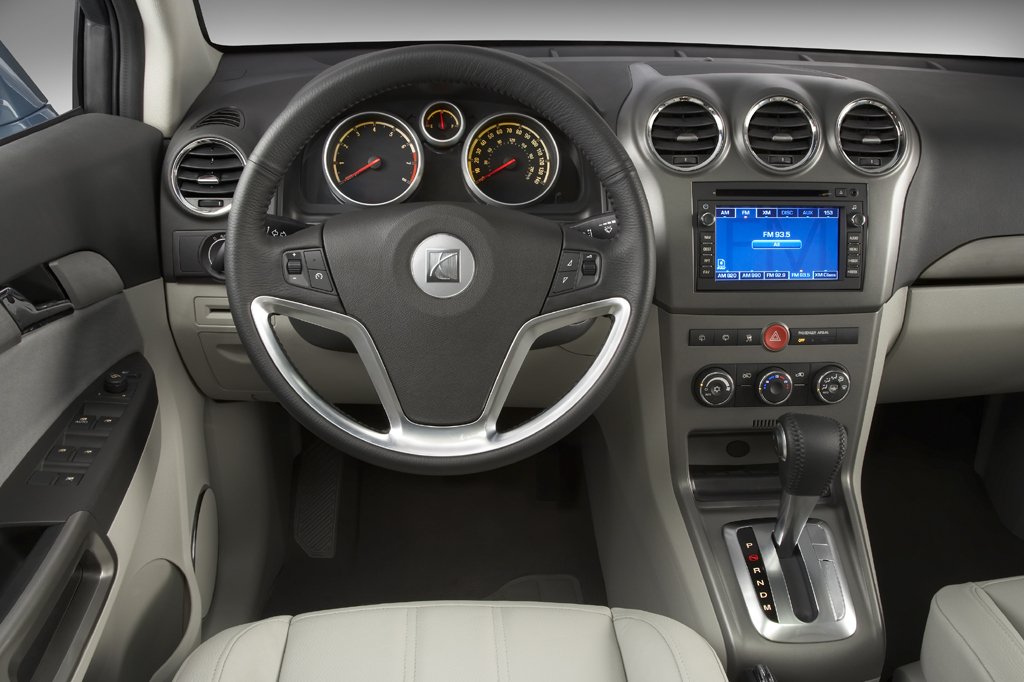 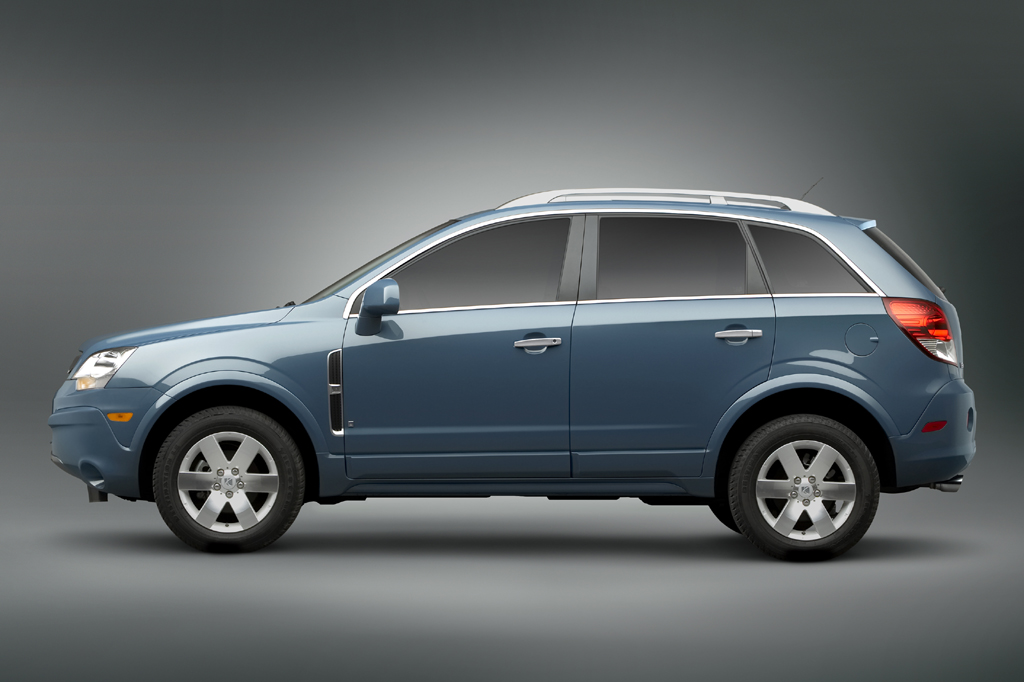 Saturn loyalists may decry the loss of plastic body panels, but the redesigned Vue is a better vehicle by every other measure. V6 models offer ample power, while apparent attention to detail brings classy interior accommodations and a refined driving experience. Buyers looking for something a little larger and more powerful than a Honda CR-V or equivalent, but who aren’t quite willing to commit to a midsize SUV, would do well to test-drive a Vue. Hybrid Vues sold new for considerably more than their regular-powertrain counterparts, but that price gap may narrow for used models.

The Saturn Vue compact sport-utility vehicle was redesigned for 2008 based on the Opel Antara from one of General Motors’ European subsidiaries. The 2008 Vue could seat five and was offered in XE, top-line XR, hybrid Green Line, and sporty Red Line versions. Vue was available with front-wheel or all-wheel drive and a range of four-cylinder, V6, and hybrid powertrains. Four-cylinder models had 169 horsepower. The Green Line hybrid combined that engine with an electric motor for 172 horsepower. AWD XE models used a 222-horsepower 3.5-liter V6, while the XR and Red Line held a 257-horsepower 3.6-liter V6.

All Vues had an automatic transmission: a four-speed with the four-cylinder engine a six-speed with V6 power. The “mild” hybrid Green Line did not require plug-in charging, but unlike some hybrids, it would not run on electric power alone. Standard safety features included antilock brakes, traction control, an antiskid system, curtain side airbags, and front side airbags. A navigation system was newly available for 2008. Also available were heated seats, remote engine start, and a rear cargo management system that adjusted for different cargo-carrying needs. Note that the 2008 Vue has conventional steel body panels, not the dent-resistant plastic panels that were once a Saturn hallmark. Saturn’s SUV competed against the Ford Escape, Hyundai Tucson, Suzuki Grand Vitara, Toyota RAV4, and Volkswagen Tiguan.

Saturn’s strong, refined 3.6-liter V6 in the XR and Red Line feels similar to the Honda-built engine from the previous-generation Vue. Saturn claimed an XR would accelerate to 60 mph in 6.7 seconds, which seems a bit optimistic. The transmission upshifts smoothly, but downshifts are delayed when passing or merging on the highway. Transmissions also have a tendency to “hunt” between gears when going up even slight inclines. The four-cylinder Hybrid has adequate around-town power, but can be short on reserves when merging or passing. The single-mode Hybrid system is notably smooth and generally unobtrusive.

Fuel economy, apart from Hybrids, could be better. AWD models have averaged 15.8 to 16.7 mpg in city/highway driving and 18.4 mpg with mostly highway use. A 2WD Red Line Vue averaged 20.9 mpg in mostly highway driving, while AWD versions averaged 14.7 mpg with primarily city operation. A four-cylinder Hybrid averaged an impressive 31.6 mpg. All Vues use regular-grade gasoline.

Vue is among the best-riding compact SUVs-with the possible exception of the Red Line edition. In regular models, Saturn’s well-damped suspension makes for a quiet, smooth ride on all but the worst roads. Seemingly minor road imperfections are felt in the cabin, but they’re neither severe enough nor happen often enough to be annoying. Red Line models have a sport suspension, larger wheels, and slightly lower-profile tires, which make the ride more firm but never uncomfortable.

Steering requires little effort around-town, but has a rewarding heft as speeds climb. Any model is responsive on the road and well planted on the pavement, with commendably little body lean in corners. Overall, this generation is a vast improvement over the poorly balanced 2003-2007 Vue. Despite its sporty leaning, the Red Line feels little different from Saturn’s XR model.

On Vue dashboards, everything is well laid out and easy to see. Gauges are large and clear. There is no engine temperature gauge or digital readout, which seems like a curious omission. The available navigation system absorbs audio functions but does not complicate their use. Detail work is also upgraded over that of the previous-generation Vue. Materials quality and assembly of models tested have been among the best in the compact-SUV class. On one Red Line, however, the lumbar adjustment knob came off.

Front occupants get good headroom and legroom, but taller drivers may find the short seat bottoms lack long-distance thigh support. Visibility is good to all directions.

Rear-seat riders enjoy excellent headroom. The reclining seatback is a nice feature, though a small range of motion limits its usefulness. Comfort is compromised by limited legroom, short seat bottoms, and excessively firm cushioning. The fold-down center armrest is too high for comfortable use. Center console-mounted foldout cupholders are at floor level and not very convenient.

Good cargo space behind the second row becomes plentiful with the rear seatbacks folded. Those seatbacks fold flat, too. Relatively low liftover is a plus. Underfloor storage compartments, located around the spare tire, are handy for keeping small items out of sight. In-cabin storage is meager, though, and the center console is on the small side.