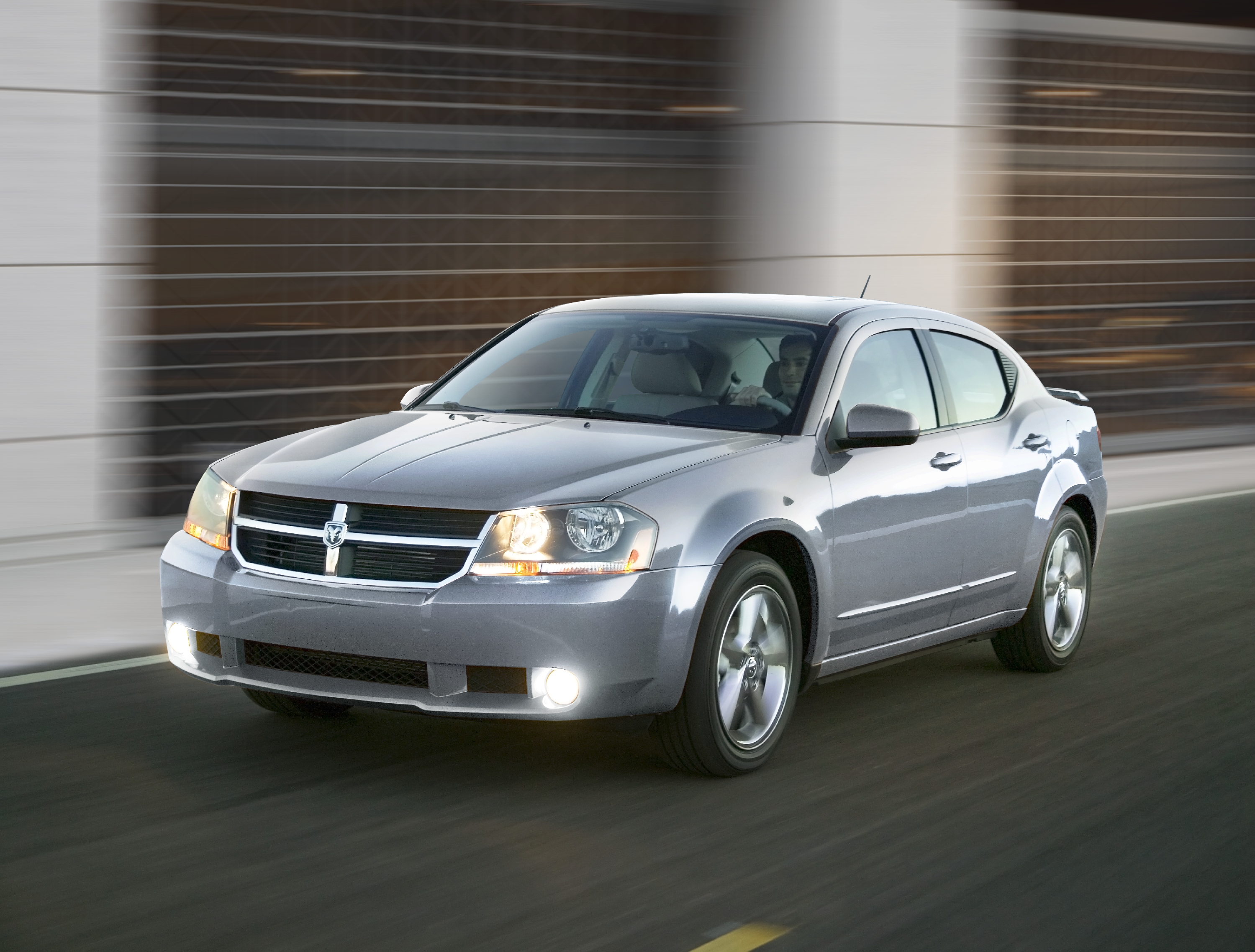 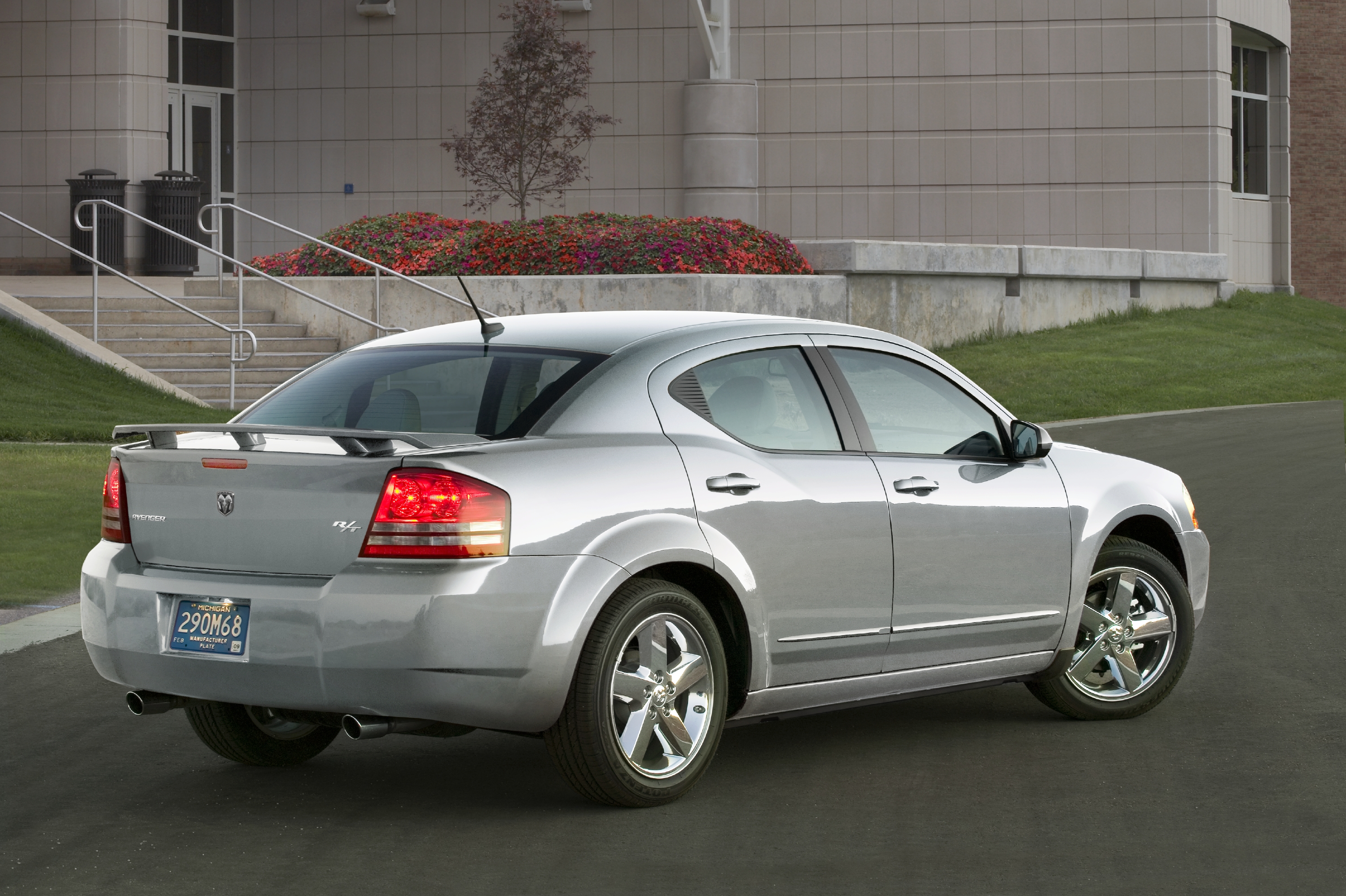 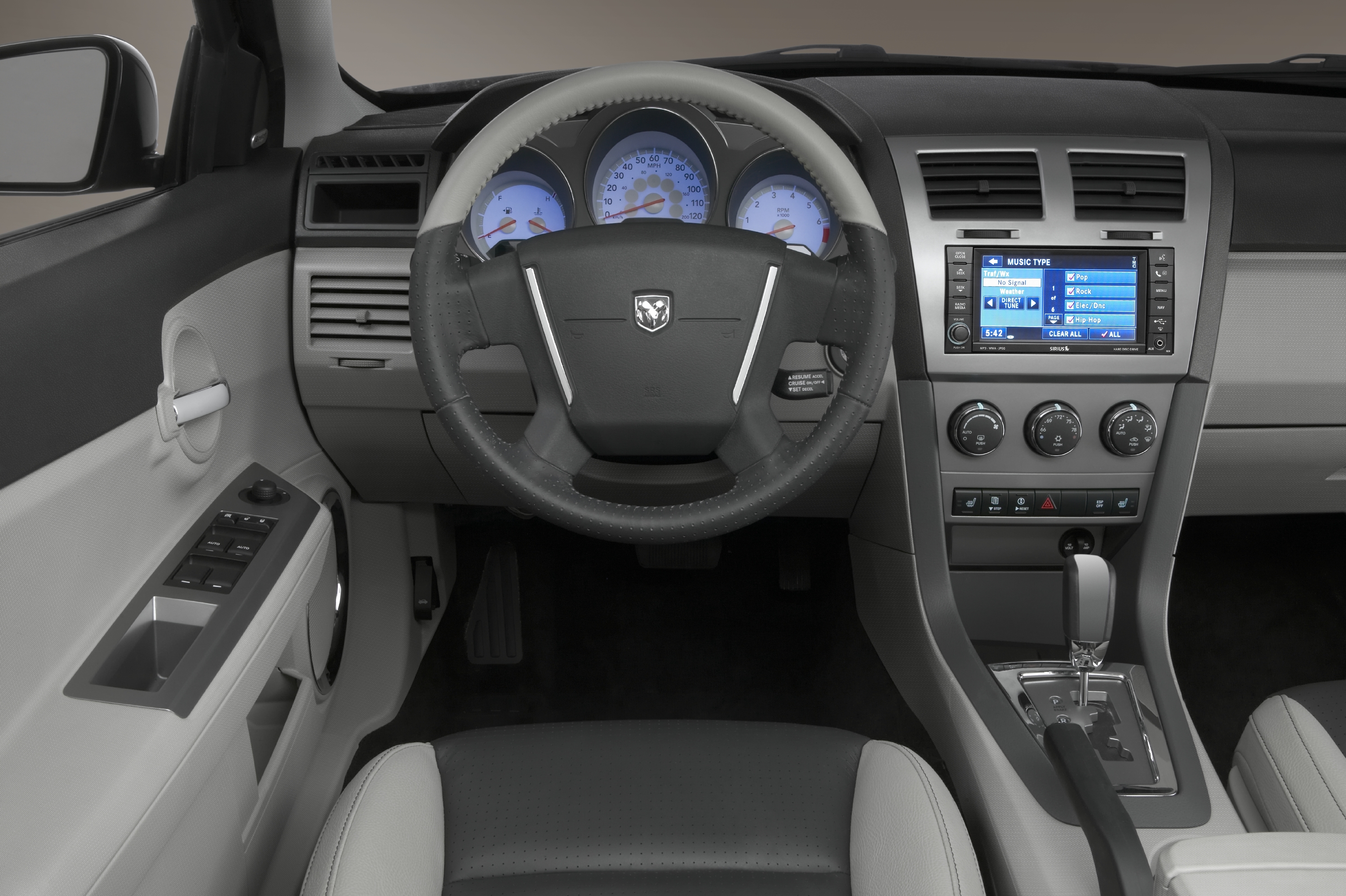 The 2008-10 Dodge Avenger disappoints with crude drivetrain behavior, unsophisticated road feel, and budget-grade cabin appointments. These demerits have been offset somewhat by aggressive new-car pricing for base models, and an impressive complement of key safety features. Virtually every class competitor deserves a higher spot on your shopping list.

New for 2008, the Avenger marked Dodge’s return to the midsize-sedan segment. Assuming the spot once occupied by the Stratus, Avenger was about 4 inches taller than that car, but otherwise similar in size. Avenger shared its basic design with the Sebring from Dodge’s parent company, Chrysler. Competitors included the Chevrolet Malibu, Ford Fusion, Honda Accord, and Toyota Camry.

SE, SXT, and sporty R/T and R/T AWD models were available. SE and SXT came with a 173-horsepower 2.4-liter four-cylinder engine. A 189-hp 2.7-liter V6 was optional for SXT, while R/T models got a 235-horsepower 3.5-liter V6. The R/T AWD models had all-wheel drive, but all other Avengers were front-drive. The 2.4- and 2.7-liter engines used a four-speed automatic transmission; the 3.5, a six-speed automatic. Front-drive R/Ts had a sport suspension.

Standard safety features included antilock brakes (except SE models), curtain side airbags, and front side airbags. Traction control and an antiskid system were available. Optional was a navigation system with digital-audio connectivity, wireless cell-phone link, and a 20 gigabyte hard drive that could hold music or picture files. Other options included a heated and cooled cupholder, remote engine start, leather upholstery, and DVD entertainment.

With the four-cylinder engine, Avenger struggles in passing and merging situations, though it handles around-town driving adequately. Though marginally more powerful, the 2.7-liter V6 performs little better. Acceleration is ample with the R/T’s 3.5-liter V6, but the transmission suffers from delayed downshifts and unacceptable clunkiness. Powertrain refinement falls below the class norm, though the 3.5-liter is far smoother than the others. The 3.6-liter V6 introduced for 2011 has plenty of power, and it’s delivered with unexpected smoothness. The transmission works well for the most part, but one example suffered from a tendency to hesitate before downshifting.

Fuel economy varies by engine. A test four-cylinder SXT averaged 23.5 mpg, versus 22.7 mpg for an SXT with the 2.7-liter V6. An R/T sedan averaged a disappointing 17.7 mpg in mostly city driving. Dodge recommends 89-octane fuel for the R/T’s 3.5-liter V6; regular otherwise. The 2.7-liter V6 also can run on an E85 ethanol/gasoline blend. So can the 3.6, which otherwise takes regular. A test 2011 with that engine averaged 26.7 mpg in mostly highway driving.

Ride comfort also varies. Lower-line models are the most compliant, with acceptable isolation from bumps and rough surfaces. The R/T with its sport suspension and the Lux with its 18-inch wheels are less composed.

Wind noise is effectively hushed, even at highway speed. Lack of suspension refinement contributes to excessive creaks and groans over poor road surfaces. Tire noise also intrudes. Engines have disappointed for overall refinement; the four-cylinder and 2.7-liter V6 are especially coarse and intrusive during rapid acceleration.

Avenger’s large gauges are clearly marked and easy to see. Controls are mostly handy, though many lack quality feel and movement. The uconnect suite with hard drive includes a touch-screen interface for audio controls. It works well enough, though some functions are not intuitive and take time to master.

Cabins disappoint with abundant hard-plastic surfaces. R/T models have upgraded trim, which, with available leather seating, somewhat improves the overall ambiance. Even so, cabin materials significantly trail those used by competitors. In one test model, the plastic housing for the center console’s sliding armrest snapped off.

Front headroom is generous, though the sunroof housing cramps space for taller occupants. Dodge said the Avenger’s body was about as wide as other midsize sedans, but cabin width is more on par with the compact class. Shoulder space is limited for larger occupants. Thick roof pillars and lack of rear quarter windows severely compromise rear visibility.

Rear occupants get adult-adequate headroom, but no abundance of leg space. Longish doors aid entry/exit, but the narrow cabin rules out three-abreast seating.

A short decklid and high liftover limit the utility of Avenger’s small but usefully shaped trunk. Rear seats split 60/40 and fold nearly flat. Note that the trunk has a cheap-looking, low-grade fabric liner that disappoints in appearance and feel. Load options would be expanded by the available fold-flat front passenger seat. Interior stowage is limited to a too-narrow center console and smallish glovebox.