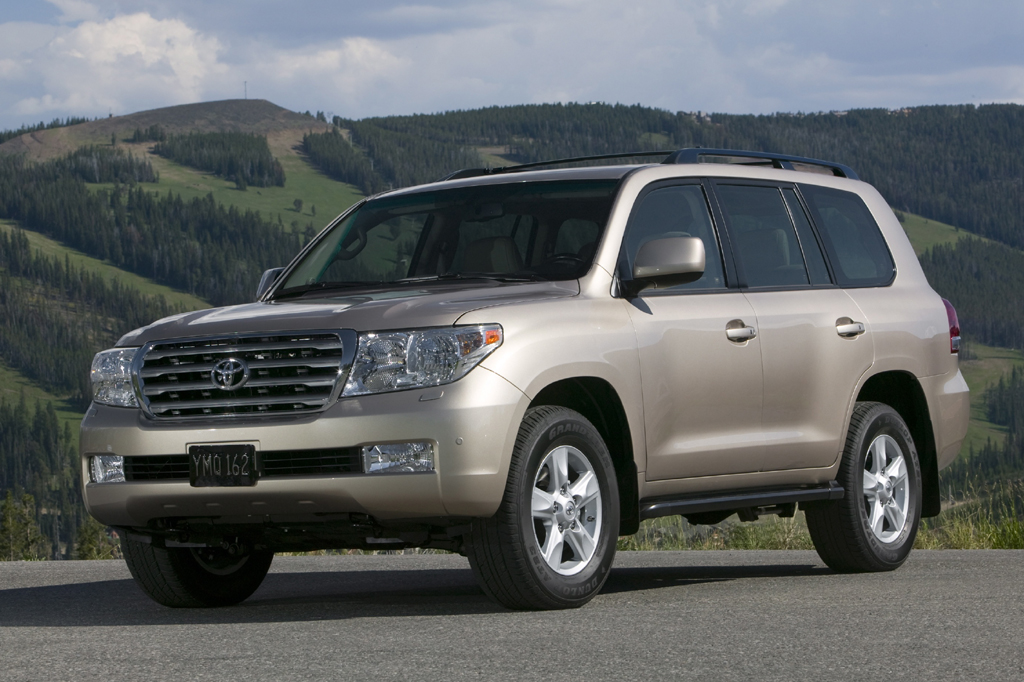 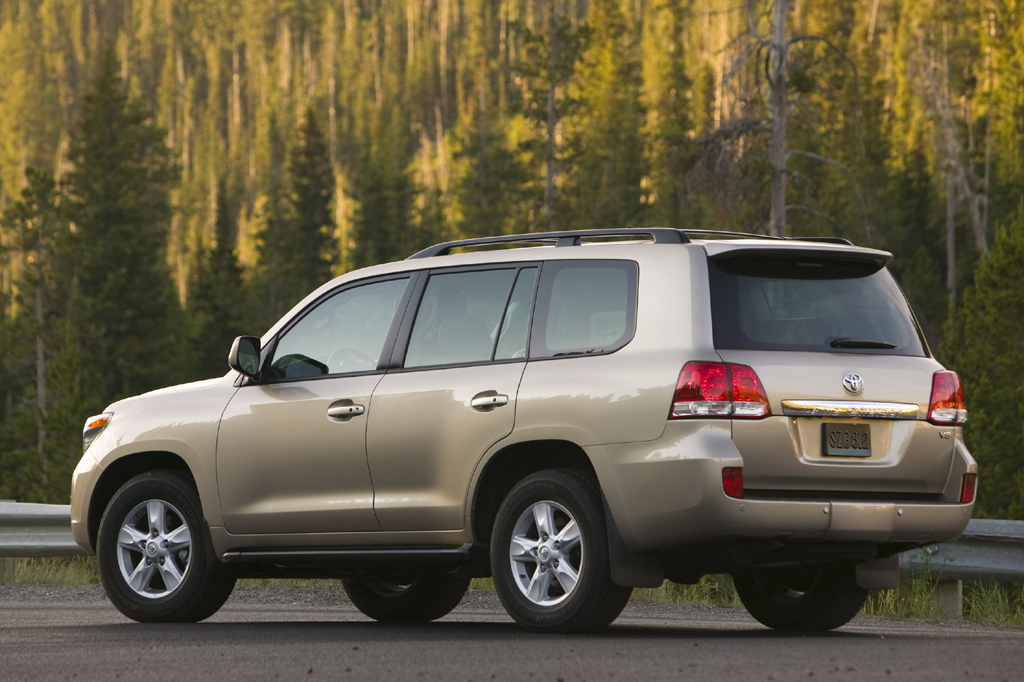 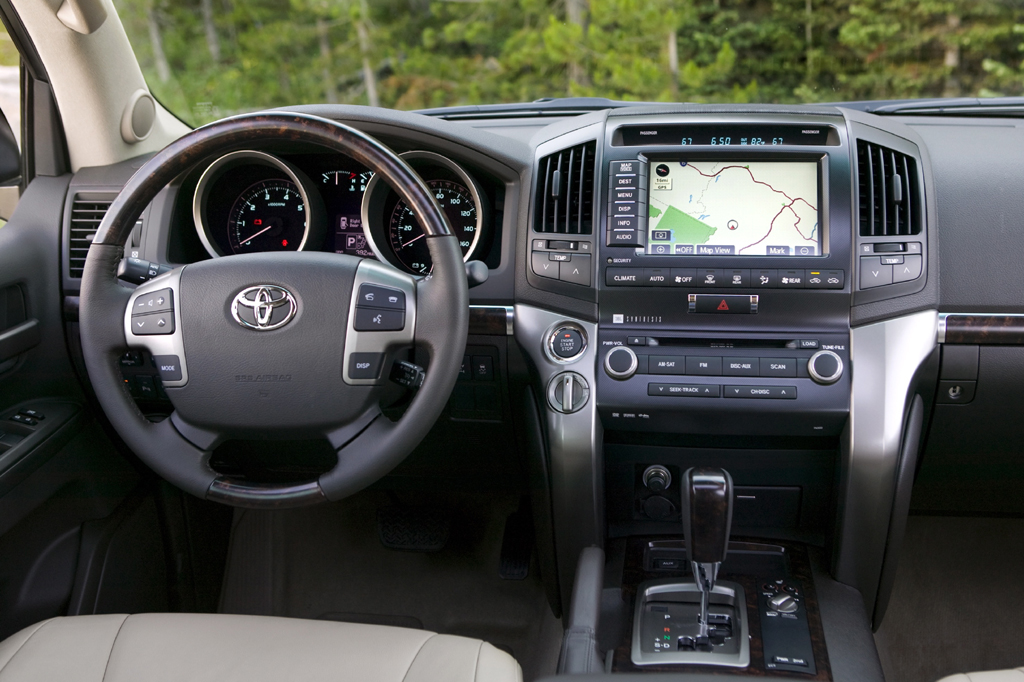 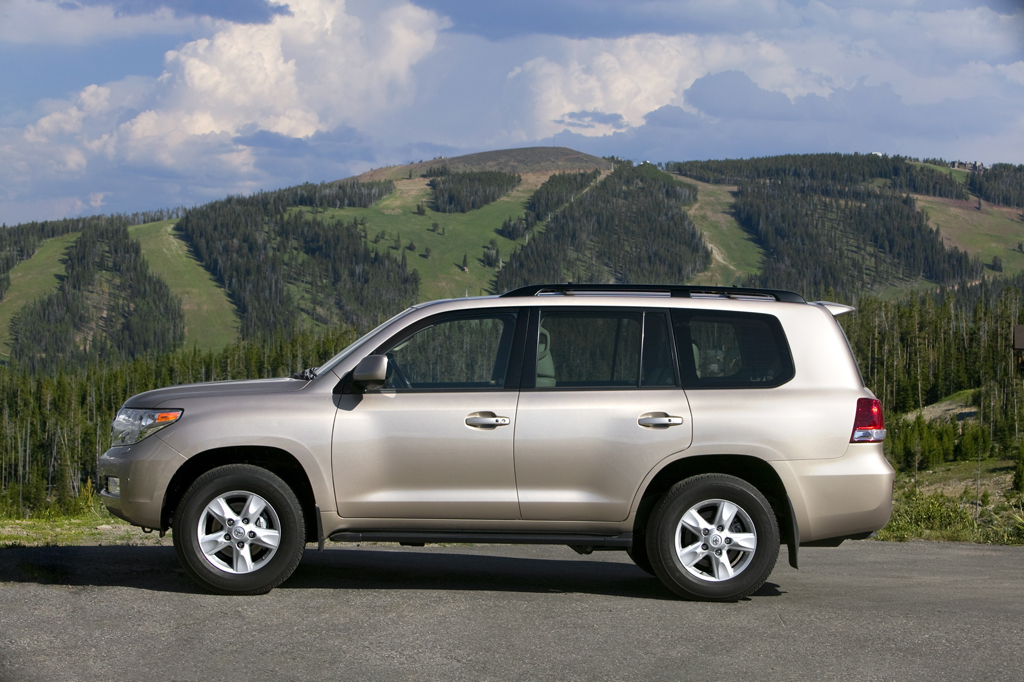 The first redesigned Land Cruiser in 10 years improves upon its legendary off-road capabilities while maintaining its impressive on-road manners and luxurious accommodations. Inconvenient passenger-to-cargo conversion and a steep price hike made it a good new-vehicle value only to high-rolling off-roaders and Land Cruiser loyalists. Used-vehicle prices may be more appealing, but these are far from budget-priced SUVs.

Redesigned for 2008, Toyota’s large Land Cruiser sport-utility vehicle got freshened styling and more power in a similar-sized package that retained eight-passenger seating. The lone model had a 381-horsepower 5.7-liter V8 and a six-speed automatic transmission. That powertrain replaced a 265-hp V8 with five-speed automatic.

All-wheel drive with low-range gearing and locking center differential returned, but other newly standard features aimed toward severe off-road use. They included Toyota’s Kinetic Dynamic Suspension System, which could vary roll stiffness and allow greater wheel articulation; Hill-start Assist Control, to keep the vehicle from rolling backward on an incline; and CRAWL Control, which allowed the driver to select one of three very slow preset speeds that the vehicle would automatically maintain on declines. No longer offered was a height-adjustable suspension.

Each Land Cruiser holds a 5.7-liter V8 engine that generates 381 horsepower, mated to a six-speed automatic transmission and all-wheel drive.

Land Cruiser clearly ranks among the best large SUVs with any kind of off-road prowess. As a rule, the suspension smothers bumps with little disturbance or undue bobbing.

Body lean is fairly well-controlled, though the high seating position amplifies what tipping takes place in fast corners. The variable-ratio steering has good feel and “quickens” the farther you get off-center. Combined with a fairly tight turning radius, that results in good maneuverability for such a large vehicle.

Wind, road, and engine noise are all well-controlled, even at highway speeds, making the Land Cruiser as quiet as some luxury cars. Mufflers have a valve that opens under full throttle to reduce back pressure and increase power. When that happens, the exhaust note changes to a muted growl.

Large gauges are clearly marked and easy to see. Turn-signal and wiper levers move with typical Toyota smoothness, as do other switches. All audio, climate, and navigation controls are mounted high on the dashboard within easy reach. The available navigation system absorbs the radio’s station-select buttons and some of the automatic climate control functions, though temperature and fan speed are separate. Although this complicates some adjustments, the virtual buttons for both systems can be easily called up on the dashboard’s touch-screen. They’re simple to decipher and use. Besides, redundant station-select and volume buttons are on the steering wheel.

Virtually every surface that can be is richly padded except the console. Most materials would look at home in a luxury sedan. Workmanship is similarly impressive.

Large, comfortable front seats with plenty of adjustments combine with a tilt/telescopic steering wheel and ample headroom/legroom for first-class accommodations. Visibility is satisfactory except to the rear corners, particularly with the third-row seats stowed. The standard rear-obstacle detection helps. So does the optional (with navigation system) rearview camera, if installed. Entry/exit is easy enough, though the lack of available running boards might make it more difficult for shorter folks.

Rear-seat accommodations also impress, with plenty of headroom and legroom on comfortable seats that can fit three across in a pinch. However, foot space is tight unless the front seats are raised. Passengers get their own audio and climate controls. As in front, the step-in height is reasonable; though with no running boards available, it might offer a challenge to children. Second-row seats slide fore/aft about three inches; they need to be forward if third-row passengers are to have much legroom. The third row is fairly easy to access and promises good headroom, but toe space is scarce and the low cushion forces anyone other than small children into a knees-up position.

Cargo space is a sore spot. Going from eight-passenger seating to maximum cargo space isn’t as easy as in most SUVs. Oddly, Toyota retained the Land Cruiser’s inconvenient side-stowing split third-row seat, the halves of which cannot be easily removed and are quite heavy. If left in place, each half can be stowed against its respective side wall. But doing so requires removing the headrest, folding the seat, and then swinging it up against the wall. That leaves only a narrow cargo area in the middle, and the folded seats block visibility to the rear corners. Second-row seats fold easily. Interior storage is quite good, with large, two-tiered glove and console boxes, a pair of covered console cupholders, and large map pockets with cupholders.