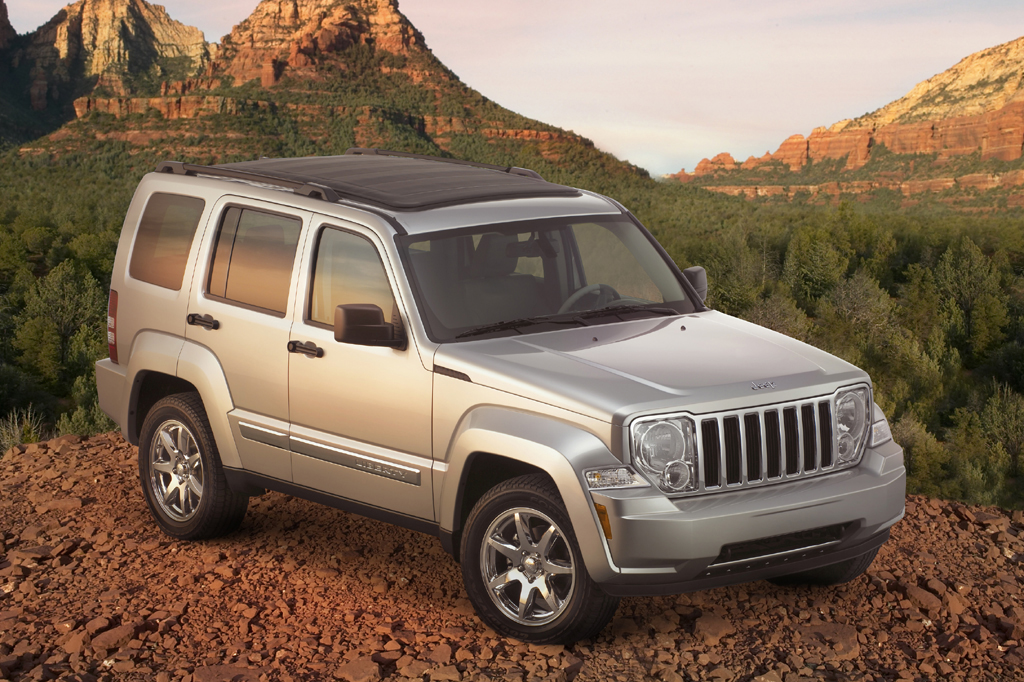 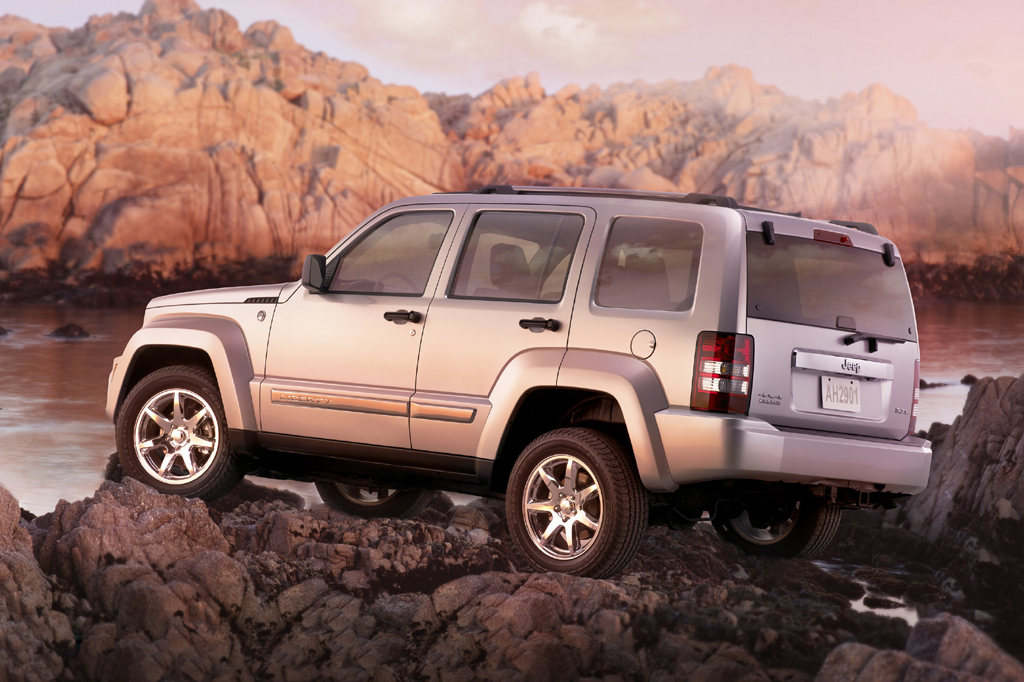 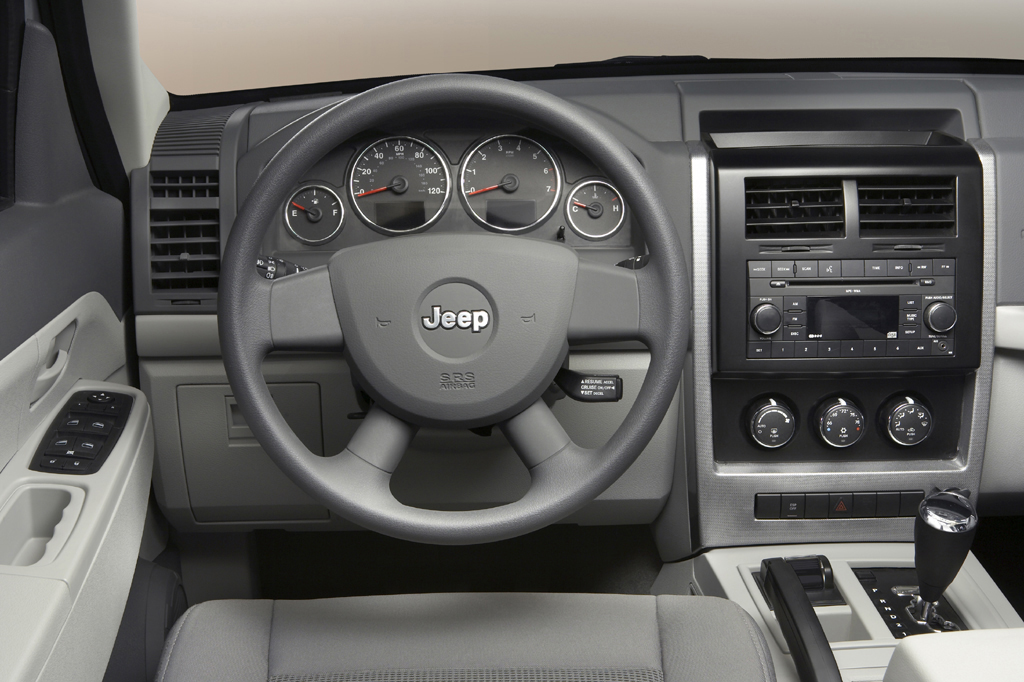 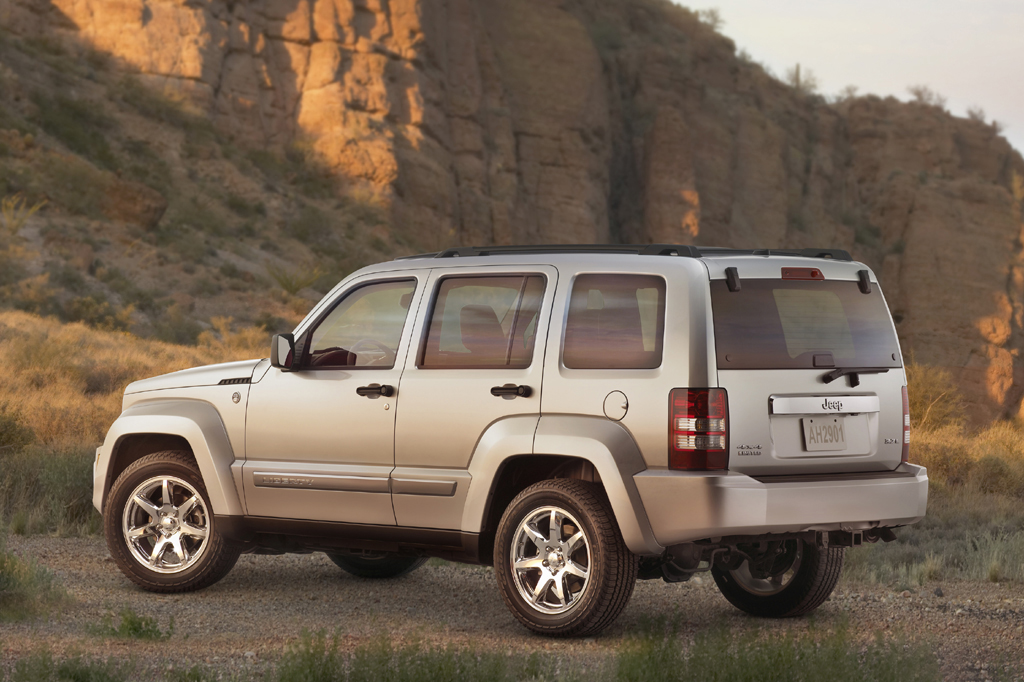 The second generation of this “Trail Rated” compact is roomier and more refined. Jeep called Liberty one of its “traditional” trucks, as it retained the brand’s trademark off-road prowess-unlike the more car-like Compass and Patriot. Shoppers who have no plans to venture beyond the pavement will be better served by more refined SUVs, such as Toyota’s RAV4; but for those with real wanderlust, Jeep remains the logical choice.

Redesigned for the first time since its introduction, the 2008 Jeep Liberty compact sport-utility vehicle attempted to capture the rugged appeal of its classic Jeep predecessor. Available in two models, Sport and Limited, the Liberty used a 210-horsepower 3.7-liter V6 with a six-speed manual or four-speed automatic transmission. Two four-wheel-drive systems were available, as an alternative to the standard rear-wheel drive. Selec-Trac II could be left engaged on dry pavement. The Command-Trac system should not be left engaged on dry pavement. Both included low-range gearing for off-road use. Sharing its basic design with the Dodge Nitro, a Liberty could tow as much as 5,000 pounds.

Standard safety features included antilock brakes, traction control, an antiskid system with rollover sensors, and curtain side airbags. The 2008 Liberty marked the debut of the Sky Slider, a retractable canvas roof that opened over both seating rows and provided an open-air experience much like the Jeep Wrangler. Also available were a navigation system and satellite radio. Larger than its predecessor in every dimension, the redesigned 2008 Liberty offered more cargo capacity and passenger space. Possible rivals included the Ford Escape, Honda CR-V, Suzuki Grand Vitara, and Toyota RAV4; but none of these approached Jeep’s reputation for off-road capability.

All Liberty wagons contain the same engine: A 3.7-liter V6 rated at 210 horsepower. For 2008 it could be mated to either a six-speed manual or four-speed automatic transmission, but only the automatic was offered for ’09. Libertys can be equipped with either rear-wheel or four-wheel drive.

Liberty is no ball of fire, but it moves along well enough. Acceleration with four-wheel drive is acceptable from a standstill, but passing and merging demand some planning ahead. The automatic transmission works smoothly enough, but often requires a deep stab at the gas pedal to coax a downshift for more power.

Sport models had 16-inch wheels versus the Limited’s 17s, but ride quality differs little between the two models. Isolation from bumps and broken surfaces is good given these Jeeps’ off-road prowess. Some road surfaces induce mild bucking and sharp bumps register, though not harshly.

Liberty never lets you forget it’s a truck. It leans more in corners than most compact SUVs, and its tires squeal even in moderate-speed turns. Steering is nothing special. Brakes on one test model had dull, wooden pedal action, and simulated panic stops caused moderate nosedive.

Gauges are large and easy to read. Most controls are clearly marked and logically placed. Note that there are buttons to govern the uconnect cell-phone link, even if the vehicle is not equipped with that feature.

Though Liberty shares its basic design with the Dodge Nitro, some cabin materials are a notch upscale of that SUV. Most of the interior, though, is shrouded in hard plastic with no soft-touch surfaces. Nothing looks especially classy, but nothing disappoints, either. It’s appropriate for a “Trail Rated” Jeep, but trails most rivals for overall ambiance.

Front-seat occupants get fine legroom, but despite the tall build, headroom is limited for taller occupants. The cabin feels narrow and snug overall. High-set seats provide a commanding view of the road, though visibility is hindered somewhat by thickish center- and rear-roof pillars.

The rear seat offers adequate six-footer headroom, but legroom and knee clearance are tight. Door openings are very narrow at the bottom, making entry/exit a real chore. The split bench is comfortable and fairly supportive, though a narrow cabin means three-abreast seating is best reserved for short jaunts.

A large hatch opening and cubic shape makes the most of the available cargo space. Liberty shares the Nitro’s available flat-folding front passenger seat, which (if installed) is a boon to stowing longer items, but Jeep doesn’t offer the Nitro’s Load ‘n Go roll-out cargo floor. Rear seatbacks fold flat, but their headrests must be removed if front seats are set far back. Cabin storage is limited to a narrow center console and smallish glovebox.