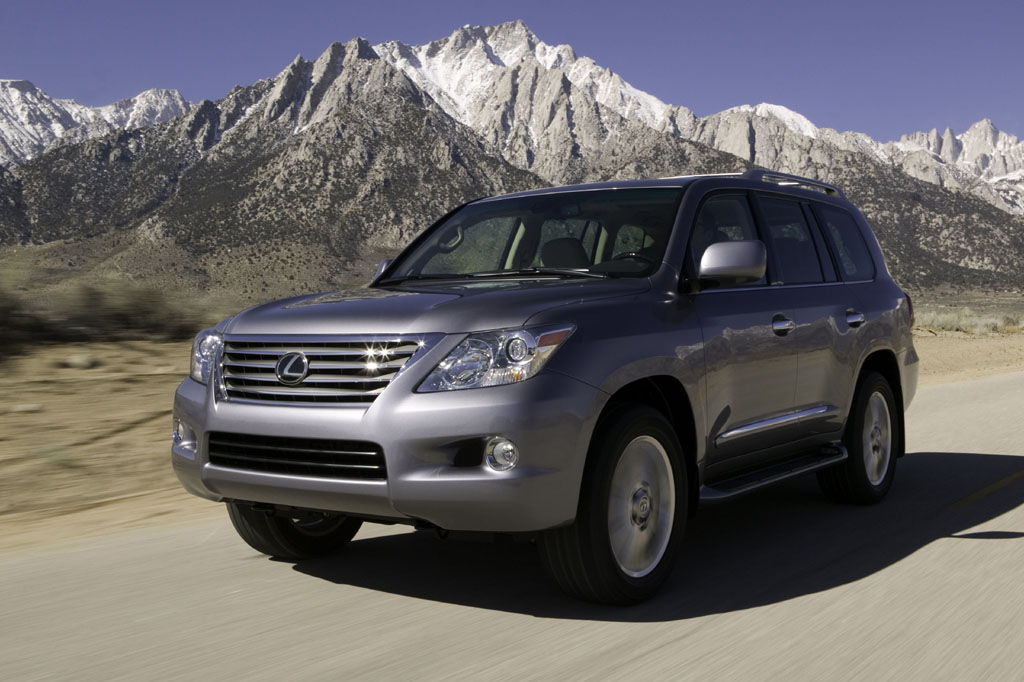 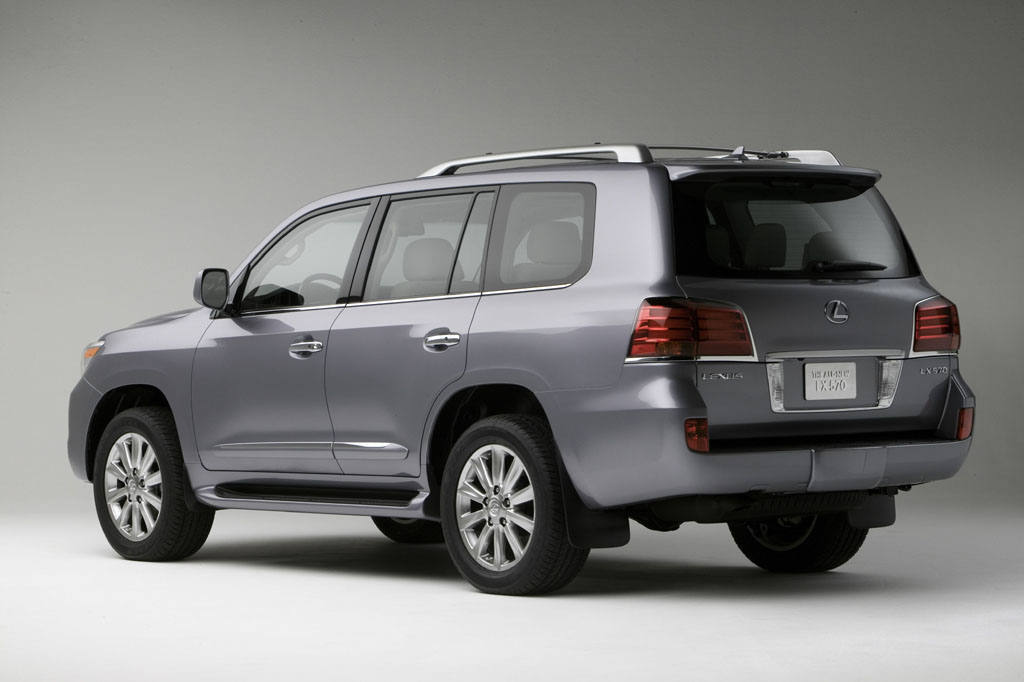 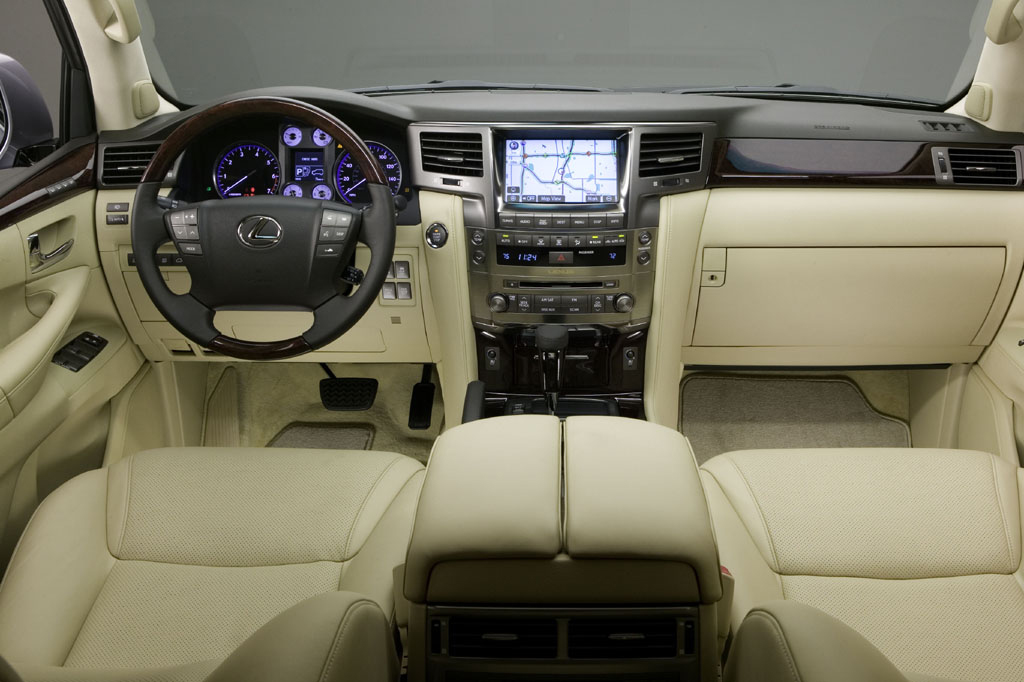 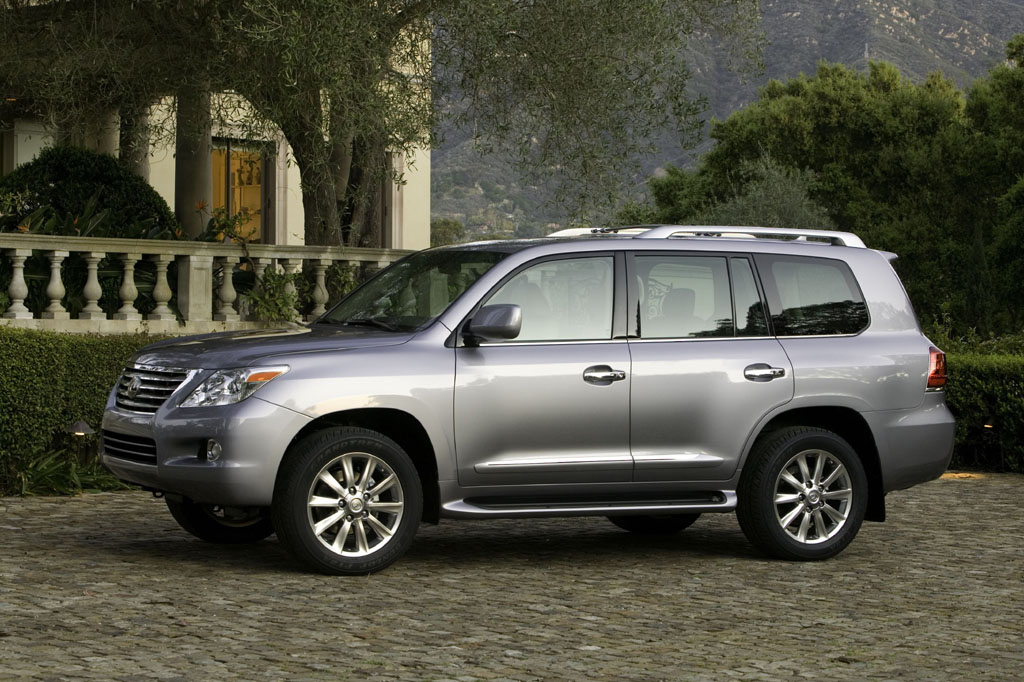 The redesigned “Lexus Land Cruiser” still doesn’t have quite the cachet of an Audi Q7, which could be equipped with thrifty diesel power. Nor did Lexus offer the in-your-face style of the Cadillac Escalade, which added a fuel-saving gas/electric hybrid version. Regardless, LX 570 offers plenty of room, refinement, and luxury; laudable safety and performance features; and is highly capable off-road. The only reason to pay more for the LX 570 over the Land Cruiser is Lexus’ reputation for kid-gloves customer treatment, though this benefit might not apply to used models.

The 2008 Lexus LX 570 replaced the LX 470 as the largest, most expensive sport-utility vehicle from Toyota’s luxury brand. LX 570 shared the basic redesign of the Toyota Land Cruiser. Both had three-row seating for up to eight passengers. A 383-horsepower 5.7-liter V8 engine and six-speed automatic transmission supplanted the LX 470’s 268-hp 4.7-liter V8 and five-speed automatic. All-wheel drive with low-range gearing remained standard. So did a height-adjustable suspension and self-adjusting shock absorbers.

A newly standard Crawl control limited speed in low range to settings of 1, 2, or 3 mph. Also newly standard were a 60/40 split power-sliding second-row seat, 50/50 power-folding third-row seat, power liftgate, four-zone automatic climate control, keyless entry/pushbutton engine start, and 20-inch wheels instead of 18s. An included navigation system with rearview camera (optional on Land Cruiser) was now available with front- and side-view cameras, too. Capable of towing as much as 8,500 pounds, the LX 570 competed against the Audi Q7, Cadillac Escalade, and Mercedes-Benz GL-Class.

The only powertrain offered in the LX 570 is a 5.7-liter V8 engine generating 383 horsepower driving a six-speed automatic transmission and an all-wheel-drive system. Premium-grade fuel is recommended.

Performance is a plus. Lexus said the LX 570 could accelerate to 60 mph in 7.2 seconds, which seems about right. LX 570’s muscular V8 and smooth, responsive transmission deliver good highway-speed passing punch. Like the similarly redesigned Land Cruiser, LX towing capacity rose from 6,500 to 8,500 pounds.

Steering is too light for some drivers, but is quick and has good feedback. A fairly tight turning radius aids maneuverability. Stable highway feel and fairly modest cornering lean earn praise, but this SUV’s high build and hefty weight demand plenty of slowing down for tighter bends. Brakes have ample stopping control with progressive, well-weighted pedal action.

Gauges are crisply legible except in bright sunlight. The extra-busy dashboard contains no fewer than 49 buttons and switches, and an overhead panel adds several more. Most are easily accessed, though a few icons demand study. The navigation system is standard Lexus/Toyota fare. It’s simple to program, but annoys by absorbing some basic audio and climate functions such as air conditioning on/off.

Front occupants enjoy ample space on supportive but rather flat power/heated seats. The three-position seat memory and power tilt/telescopic steering wheel cater to most any size driver. The LX 570’s high stance and rear-roof styling hamper visibility, but that’s offset by large door mirrors, standard front/rear obstacle detection, and a rearview camera. The available front/side cameras would be useful, too, though maybe not at night. Standard lighted running boards mitigate the tallish step-in. So does the “Easy Access” feature that lowers the suspension about two inches to assist entry/exit.

Second-row seat sections power about four inches fore/aft, providing more than ample legroom at full stretch. Foot space is tight without the front seats elevated somewhat, but there’s good headroom despite the standard sunroof. The low-set third-row bench has only short-trip space for adults, so it’s best left to kids, who will have an easier time squeezing in or out of there. Both rear-seat rows are comfortably padded, but need longer cushions-especially the third row. Small door openings complicate entering and exiting the vehicle.

LX 570 mirrors Toyota’s Land Cruiser with total cargo volume that’s sub-par for the class. Nothing more than grocery-bag space is available behind the third row. That seat conversion remains clumsy: Though each half now power folds up to the side, they still hinder visibility-and the middle headrest must be removed and stowed first. Second-row seats tumble and fold easily, but are no less bulky. The cargo deck is a bit high for heavy loads. It demands dealing with a power liftgate and a stubby manual-drop tailgate that cannot be opened separately. Ample interior storage includes a bi-level dashboard glovebox, twin-lid console bin, and large map pockets on doors and seatbacks.