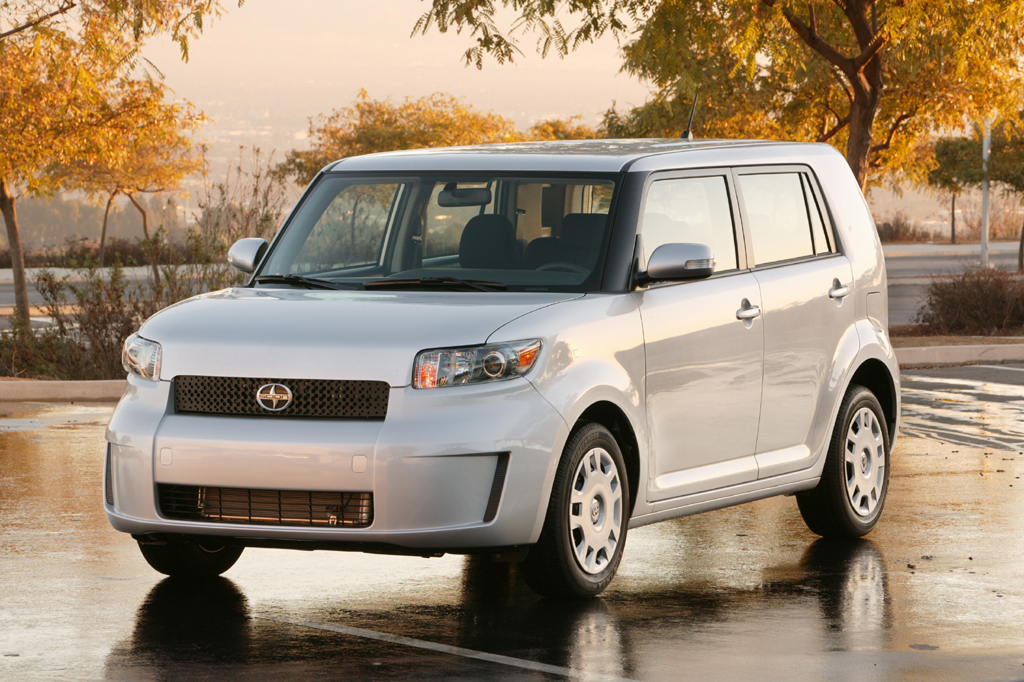 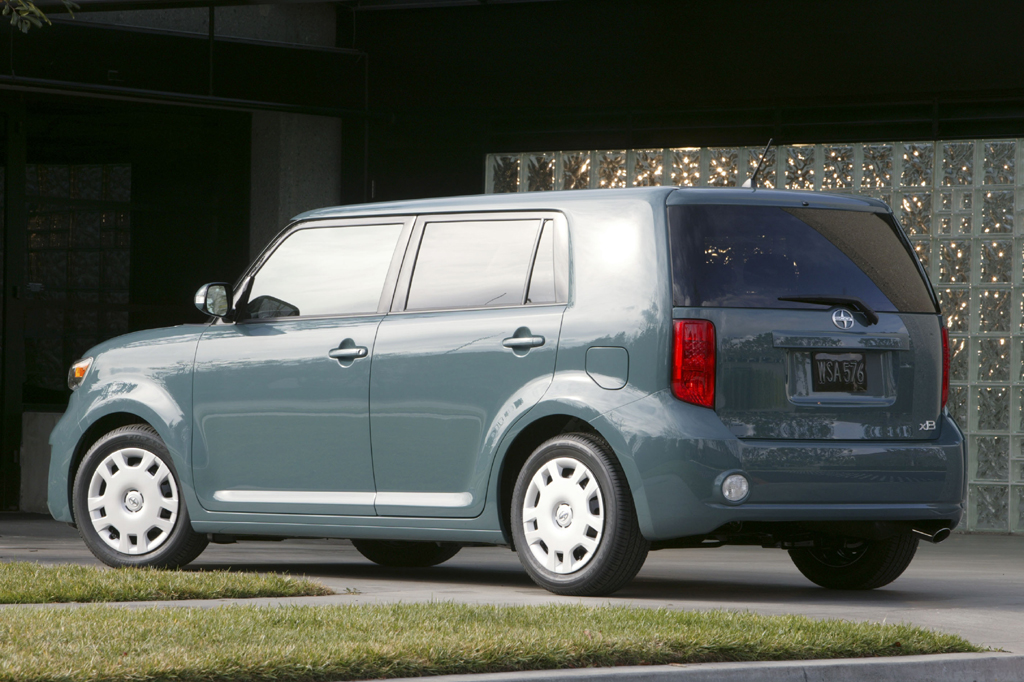 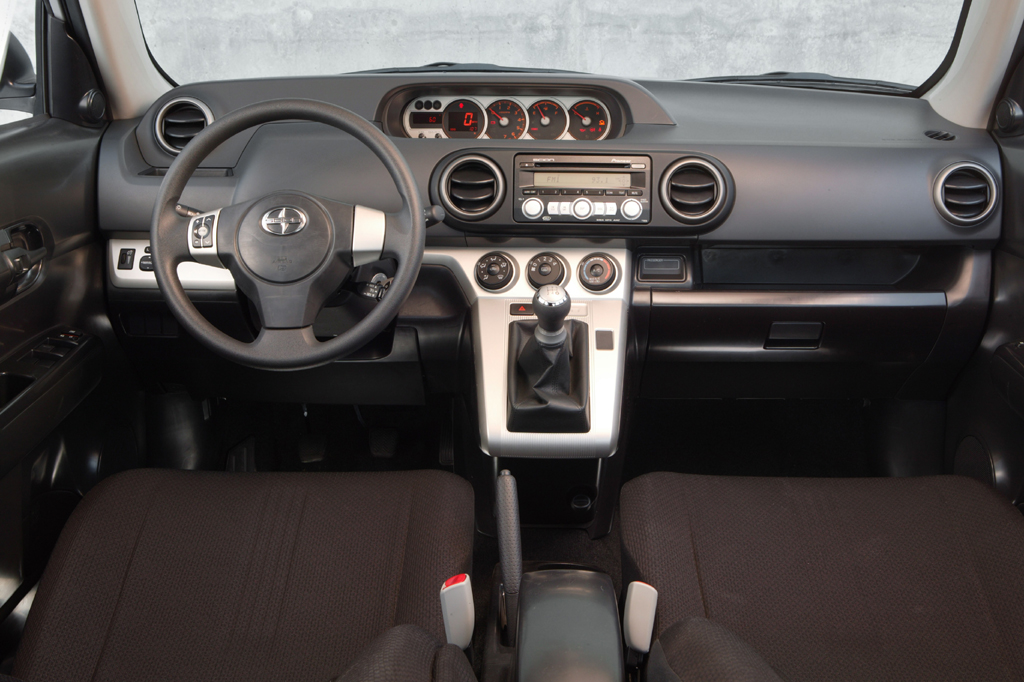 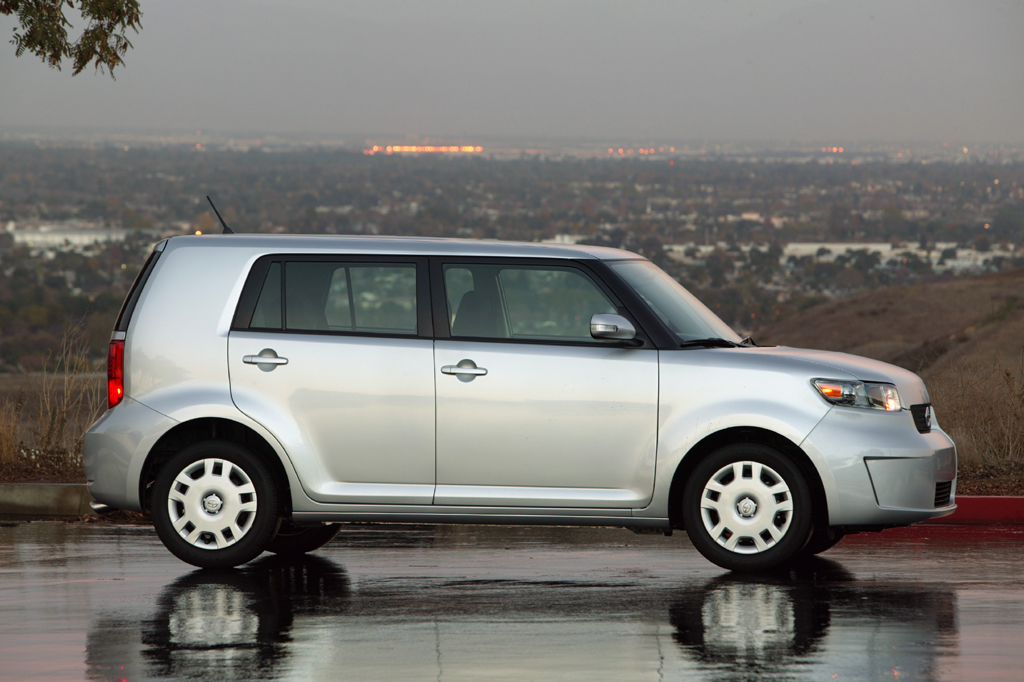 Scion’s iconic “box” grew from subcompact to compact dimensions, gaining cargo room, power, and weight along the way. In addition to producing a more curvaceous shape, this expansion also included a healthy dose of additional refinement, but the redesigned xB is not the fuel-sipper it once was. Some of its former quirkiness was lost in the transformation, but it remains a practical, rather “edgy” alternative to more-traditional small cars and SUVs. New competitors from Kia and Nissan are poised to steal attention away from Scion’s wagon, but few will be available secondhand for a while.

Toyota’s youth-oriented division briefly dropped its boxy little xB wagon after the 2006 model year, skipping the 2007 season while awaiting a total redesign. That reworked Scion xB debuted as a 2008 model. Compared to the 2004-2006 series, the new xB was longer, wider, and heavier. It retained a front-drive layout, five-passenger capacity, and vanlike body (though less squared-off this time), with a one-piece rear liftgate. Steel wheels held 16-inch tires versus 15s on the prior xB. Inside, the 60/40 split rear seats folded flat.

The only engine was a 158-horsepower 2.4-liter four-cylinder. Either a five-speed manual or a four-speed automatic transmission could be installed. Standard safety equipment included all-disc antilock brakes, traction control, an antiskid system, curtain side airbags, and front side airbags. The standard Pioneer 160-watt audio system included iPod compatibility and a mini-jack port. Scions are sold through Toyota dealers. There were no factory options, but dealers carried a number of factory-approved dress-up accessories, plus functional items including a navigation system and alloy wheels to replace the xB’s standard steel wheels. DVD entertainment was available, along with an iPod adapter and remote engine start. Chevrolet’s retro-styled HHR wagon was the xB’s closest competitor, possibly along with the Honda Fit and Kia Spectra5.

A limited-production Release Series 5.0 version of the xB, fitted with a moonroof, appeared during the 2008 model year.

All Scion xB models have the same engine: a 2.4-liter four-cylinder that produces 158 horsepower, mating with either a five-speed manual or four-speed automatic transmission.

Acceleration is spirited from a stop, even with the automatic transmission. An xB also delivers good low- and mid-speed passing punch, but highway passing power disappoints. The automatic is sometimes slow to downshift for more power when needed. Somewhat clunky shift action takes some of the fun out of using the manual transmission.

The xB’s firm and controlled ride is impressive for the class. Even small bumps are felt, but only large ones jolt the structure.

A tight turning radius and light steering feel aid low-speed maneuverability. On the downside, moderate body lean occurs in fast turns and steering response is slightly vague. Brakes are strong and responsive, however.

Bump noise is generally well-controlled, though larger bumps pound through loudly, and there’s moderate highway wind and road noise. The xB’s engine is heard during acceleration, but it’s refined and quiet otherwise.

Some elements of the xB’s cabin take getting used to. The instrument pod, which includes a digital speedometer, is mounted high in the middle of the dashboard, out of the driver’s direct line of sight-an annoyance to some testers, though others don’t find it troubling. The transmission shift lever is mounted on the lower part of the dashboard rather than on a console. More conventional are the high-mounted audio and climate controls, which are simple to operate and easy to reach. If installed, the available navigation system incorporates some audio controls, complicating their use.

The xB’s interior lacks soft-touch surfaces, but materials are still pleasant for the price. Some testers noted that the driver’s arm rest felt flimsy and was mounted too low to be useful.

Rear seats offer plenty of adult-size headroom, foot space, and legroom, even with front seats all the way back. Note that some testers found that the rear shoulder belts rested uncomfortably across the neck.

Cargo space is appealing. Several bins and trays-including a cubby beneath the rear seat-supply handy interior storage. The split rear seatback folds nearly flat without removing the headrests. In addition, the cargo area has a handy under-floor bin.