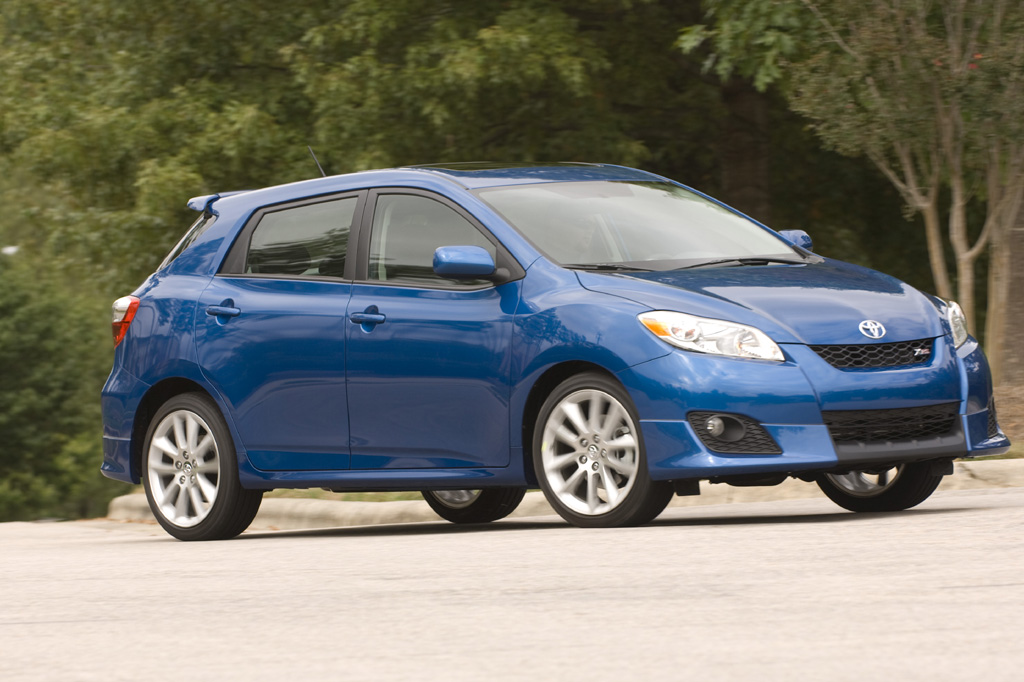 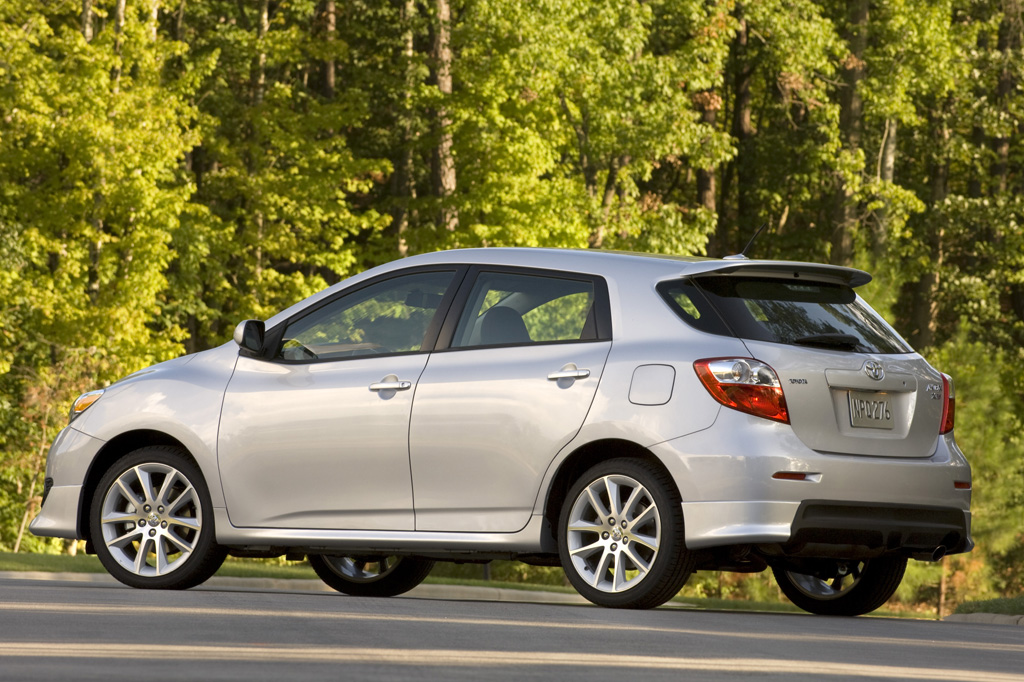 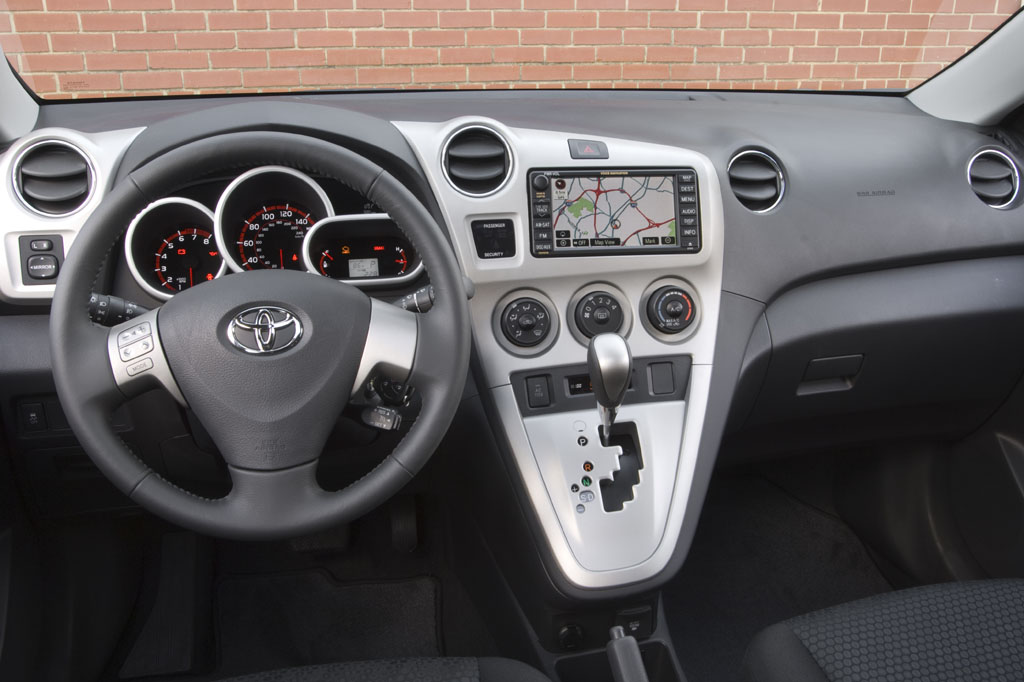 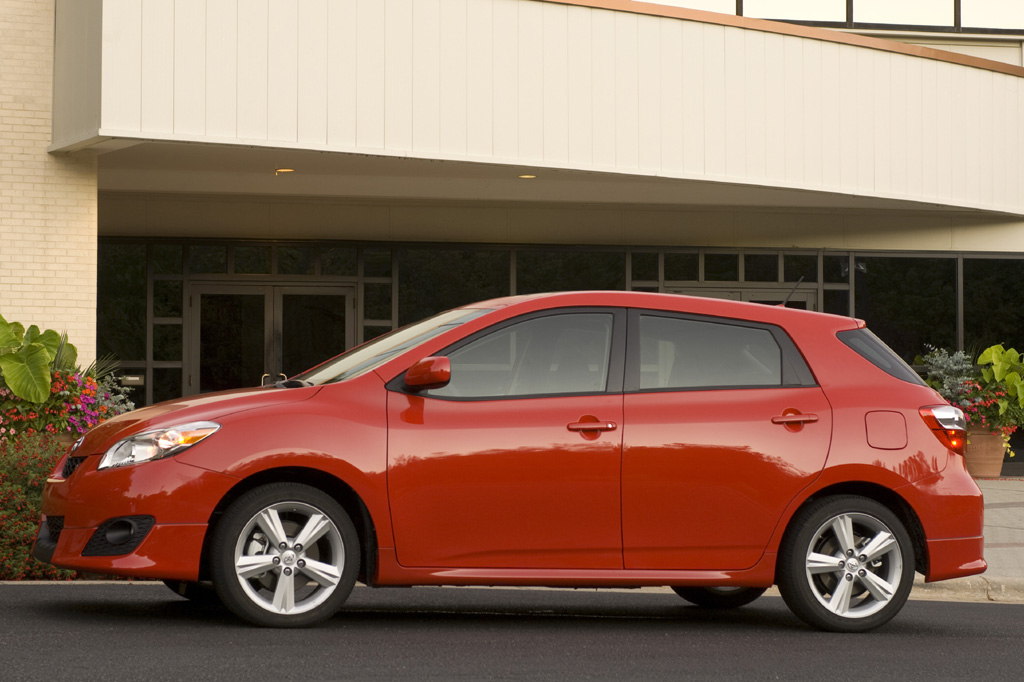 Available all-wheel drive and sporty S and XRS models give Matrix a dimension absent from rivals such as the Mazda 3 and Nissan Versa. Young buyers who are Matrix’s target audience might consider the odd interior shapes hip and the low-budget cabin decor a non-issue. They’re also apt to find this small wagon easy to drive and roomy enough for friends and belongings. Best value is the front-drive S model, for its blend of comfort and power. Still, more refined compacts and hatchbacks can be found out there for a comparable price.

Styling was only mildly altered and dimensions did not change when Toyota redesigned its Matrix for 2009, but the compact wagon gained power. Like the previous (2003-2008) generation Matrix, this was essentially a tall-body wagon version of Toyota’s Corolla compact sedan, which also was redesigned for 2009. As before, too, Matrix shared its basic design with the Pontiac Vibe. Three Matrix models were available, each with a four-cylinder engine. The Base model had a 132-horsepower 1.8-liter four-cylinder. S and sporty XRS models held a 2.4-liter engine that produced 158 horsepower. All models came with standard front-wheel drive; the S was available with all-wheel drive as an alternative. The AWD Matrix S came only with a four-speed automatic transmission. Others could have either five-speed manual shift or automatic: four-speed for the smaller engine, and either four- or five-speed for the 2.4-liter. All-wheel-drive S and XRS models had an independent rear suspension. The XRS also had 18-inch wheels versus the others’ 16-inchers, plus different suspension tuning and exterior trim. Standard safety features on all models included antilock brakes, curtain side airbags, and front side airbags. Traction control and an antiskid system were standard only on the XRS, but optional for other models. All had a tilt/telescopic steering column and split-folding rear seatbacks. A navigation system was optional. Matrix rivals included the Chevrolet HHR, Mazda 3, and Nissan Versa.

S and XRS models deliver adequate acceleration with the automatic transmission, though liberal use of the gas pedal is required for merging and passing maneuvers. Manual-transmission versions are not noticeably livelier. Though heavier, acceleration is little different in the AWD S. All 2.4-liter models suffer from a touchy throttle that makes smooth launches from a stop difficult.

Expect fine around-town maneuverability, but these tall wagons are more prone to crosswind wander at highway speeds than lower-built small cars. No model has linear steering feel in turns. Fast cornering triggers noseplow and body lean in versions equipped with 16-inch tires-even with all-wheel drive. Grip and balance are sharper in the XRS. Braking control and pedal feel are fine for the class.

Toyota’s 2.4-liter engine is raspy while accelerating, though it relaxes at highway speeds. Wind rush and road noise rise markedly at highway speeds on all models, ranking as excessive even for a wagon.

Gauges are brightly lit, but indistinct markings on the speedometer sometimes require a second look away from the road. The center portion of the dashboard is canted toward the driver, but not enough to prevent outside light from washing out the radio display. Climate controls are large, accessible dials.

All Matrix models look built to a price. Padded surfaces are virtually non-existent; even the front center armrest is uncushioned plastic. Many panels have a reasonably attractive molded-in grain, but the dashboard is dominated by smooth, silver-painted plastic that looks and feels cheap. Few materials feel substantial, and the doors close with a tinny clang. An extended-use AWD S suffered from some misaligned interior panels and a number of intermittent interior squeaks and rattles. Other test models appeared to be built well, suffering no such imperfections.

Toyota said the Matrix dashboard was shaped to impart a cockpit-style feel, but that choice dictated a wide center console that intrudes on driver knee space. Otherwise, Matrix makes fine use of its tall design by furnishing generous headroom. Legroom is limited for taller drivers, due to lack of sufficient rearward seat travel. The tilt-and-telescopic steering column and driver-seat height adjuster are comfort-enhancing standard features, though the tall doors and tapered roofline impart a slightly closed-in feel. Visibility is poor to the rear corners.

Rear-seat legroom is sufficient for two large adults, but knee clearance gets tight with front seatbacks reclined. Headroom is generous for six-footers, but the back seat is a bit too firm to be really comfortable. Doors could open wider and need broader thresholds, but the tall body minimizes stooping for entry and exit.

For cargo-carrying versatility, the front passenger seat folds flat on all but the base model. So does the split rear seat. Cargo space is fine overall, given Matrix’s exterior size. The cargo floor is covered in plastic that, while durable-looking, allows items to slide easily. Interior storage consists of a small glovebox, center console, and door pockets. Matrix’s dashboard design precludes any storage space in the front part of the console.