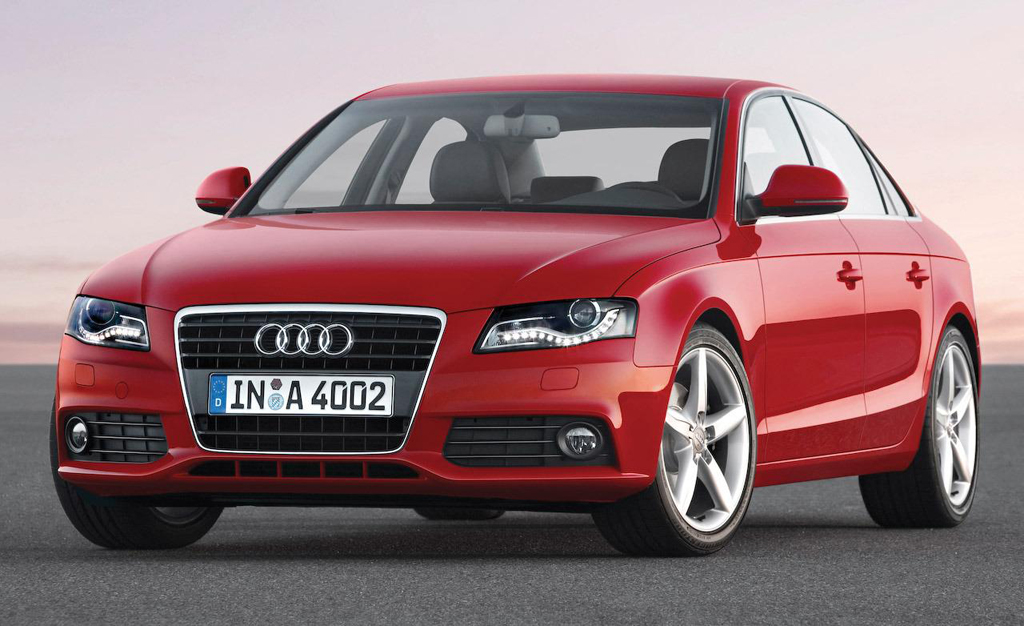 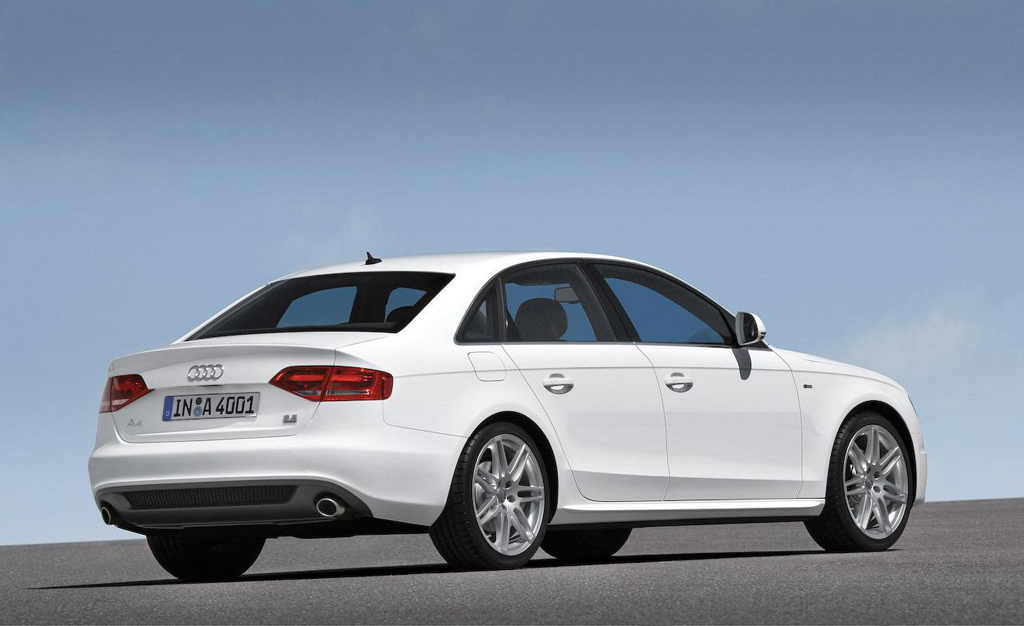 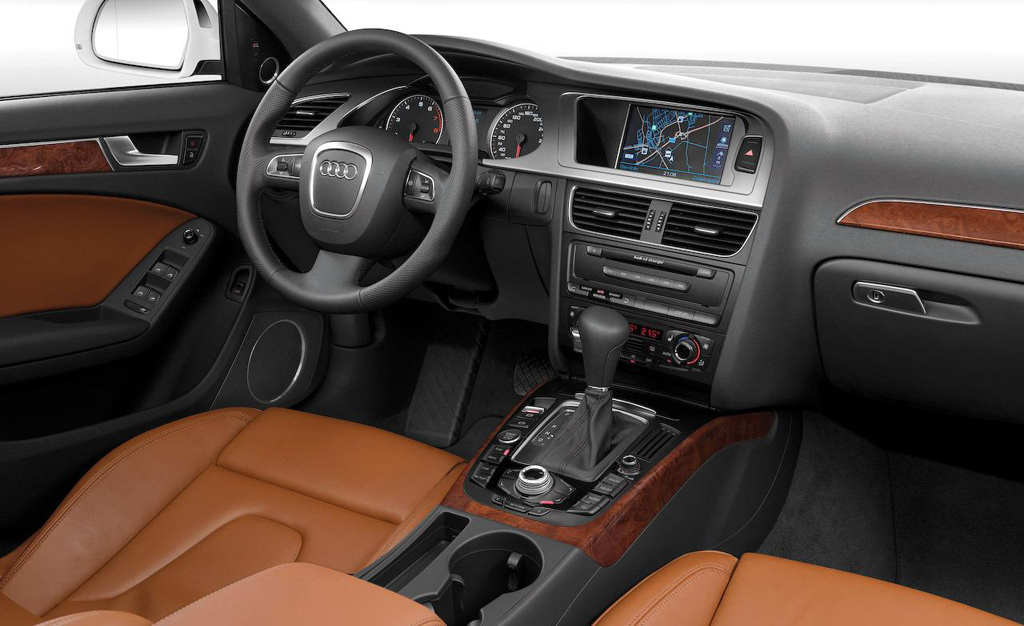 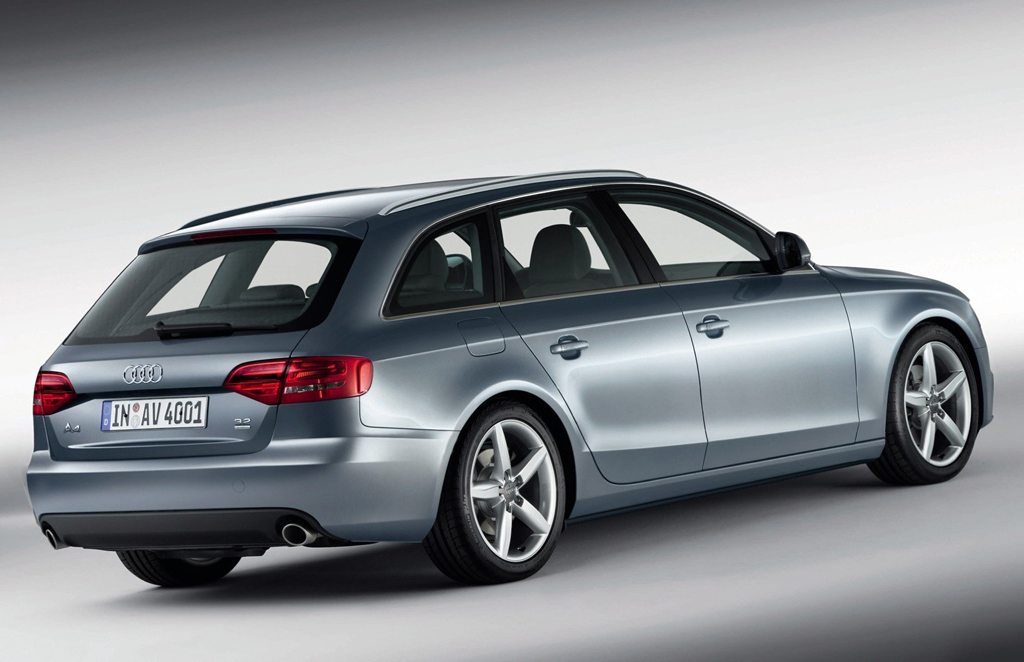 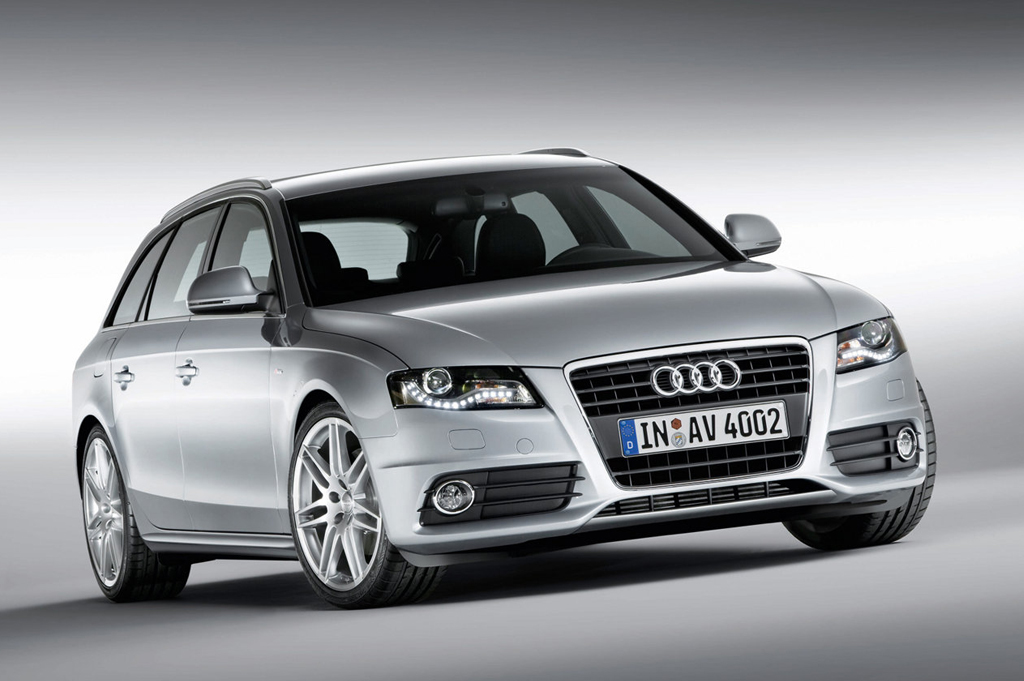 All A4s are Recommended picks because they’re fun to drive and offer relatively good value compared to other cars in the class. The 2.0T four-cylinder engine delivers respectable acceleration and fuel efficiency, though it lacks the smooth power delivery and premium feel of rival six-cylinder engines. In any form, these Audis are solid, sophisticated premium compacts that match anything in their class for performance, dynamic balance, features, and materials quality.

Audi’s premium compact sedan was redesigned for 2009, growing in size and gaining power. The German automaker’s top-selling car line included four-door sedans and Avant wagons in three trim levels: Premium, Premium Plus, and Prestige. Also offered was the Cabriolet convertible, but that model continued for one more season with the 2008 body style. So did the 340-horsepower V8 high-performance S4 version of the Cabriolet. Sedans and Avants came in 2.0T form and contained a turbocharged 211-horsepower 2.0-liter four-cylinder engine. The 3.2 quattro came in sedan form only with a 3.2-liter V6 that produced 265 horsepower. A continuously variable transmission (CVT), which performs much like a conventional automatic, was standard on front-wheel-drive 2.0Ts. The 2.0T quattro models were available with a six-speed manual or six-speed automatic transmission. The 3.2 quattros were automatic-only. All body styles could have Audi’s quattro all-wheel drive, but the four-cylinder sedan and convertible were available with front-wheel drive instead.

Standard safety features included antilock brakes, traction control, an antiskid system, front side airbags, rear side airbags, and curtain side airbags. Other available features included a navigation system; Audi’s MMI control for audio, climate, and other functions; a self-opening trunk lid; Audi Drive Select, which allowed the driver to customize steering and suspension settings; blind-spot alert; keyless entry and starting; a wireless cell-phone link; and a rearview camera. With its A4 line, Audi competed against the BMW 3-Series, Mercedes-Benz C-Class, and Saab 9-3.

Audi’s A4 was available with a choice of four-cylinder or V6 power in 2009, but the V6 dropped out for 2010. In 2.0T models, the turbocharged 2.0-liter four-cylinder develops 211 horsepower (220 for 2014), while the 3.2-liter V6 in 3.2 models generates 265 hp. A 4.2-liter V8 went into the high-performance S4 Cabriolet for 2009. Four-cylinders might mate with a six-speed manual gearbox, six-speed automatic transmission (eight-speed starting in 2011), or continuously variable transmission (CVT). The V6 came only with the six-speed automatic, but the 2009 S4’s V8 could drive a six-speed manual or six-speed automatic. A supercharged 3.0-liter V6 generating 333 horsepower went into high-performance 2010 S4 models. Front-drive and quattro all-wheel drive have been available.

Acceleration with the 2.0T engine is strong at any speed, though it can be slow to respond to throttle inputs at highway speeds when mated to the six-speed automatic transmission. We have not yet had the opportunity to test an A4 with the eight-speed automatic introduced for 2011. A test 2009 Cabriolet with the 3.2 V6 also proved strong from any speed, but suffered annoying non-linear power delivery. The 2010 S4 sedan is not neck-snapping off the line, but delivers impressive acceleration once underway. The S4’s seven-speed automated manual transmission generally delivers quick, crisp shifts, but may balk occasionally.

Fuel economy isn’t bad with the turbo four. A test 2.0T sedan averaged 22.5 mpg with more city driving than highway use. A test S4 averaged a less-frugal 17.7 mpg in mostly city driving. Worse yet in city driving was a 2009 V6 Cabriolet, averaging 16.0 mpg. Audi recommends premium-grade gasoline for all models.

A4 models are impressively solid. The 2.0T sedans are generally supple and composed over just about every type of road surface. An S4 sedan is similarly composed, though its sport suspension and 18-inch tires make for a stiffer ride over sharp bumps and rough pavement. The 2009 Cabriolets suffer impressively little body quiver that’s typical of convertibles.

Road and wind noise are well muffled on all A4/S4 models. Though smooth overall, the 2.0T engine doesn’t quite match the overall refinement of Audi’s (or other German automakers’) six-cylinder engines. Audi’s V6 engine purrs at cruise and snarls discreetly at full throttle. The S4’s supercharged V6 emits a sporty, sophisticated growl that should please enthusiasts. Cabriolets show modest top-up wind noise and minimal top-down buffeting, the latter helped by the available wind deflector (if installed).

Gauges are clear and well-lit. The dual-zone automatic climate system is a bit complex, and its controls are awkwardly low on the dashboard. Audi’s MMI control system absorbs most audio and some climate functions, so it can be distracting. In all models, the front center armrest blocks use of the handbrake lever and cupholders. As expected from Audi, A4 cabins impress for their classy design, materials, and workmanship. The S4’s sport seats, steering wheel, and carbon-fiber-look trim add a suitably sporty vibe.

Front seats are firm and comfortable in both A4 and S4 models, with ample headroom and legroom, though the center console steals enough knee space to annoy some drivers. Rear seats are supportive and nicely contoured, which helps on longer trips, but sedans have only adequate headroom, and legroom is tight behind taller drivers. Cabriolets are cramped, with taxing entry/exit.

Sedans have a long but narrow trunk, which offers more actual space than most cars in this class. The 2009 convertible’s trunk shrinks from small to tiny with the top down. Cabin storage ranks as subpar, limited to the glovebox, door map pockets, and a small center console bin.