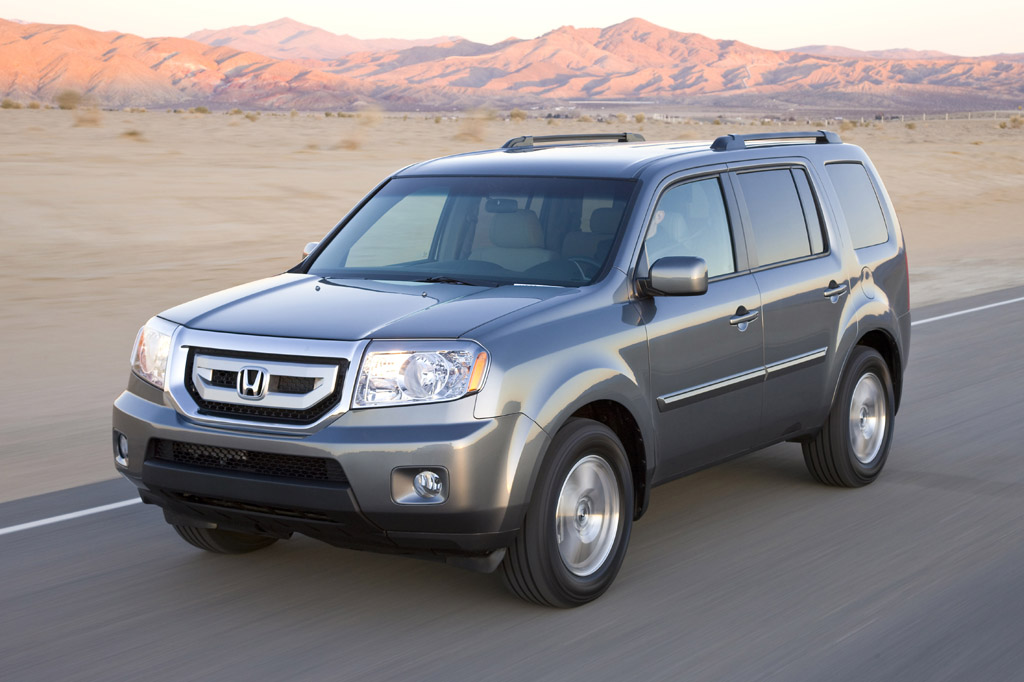 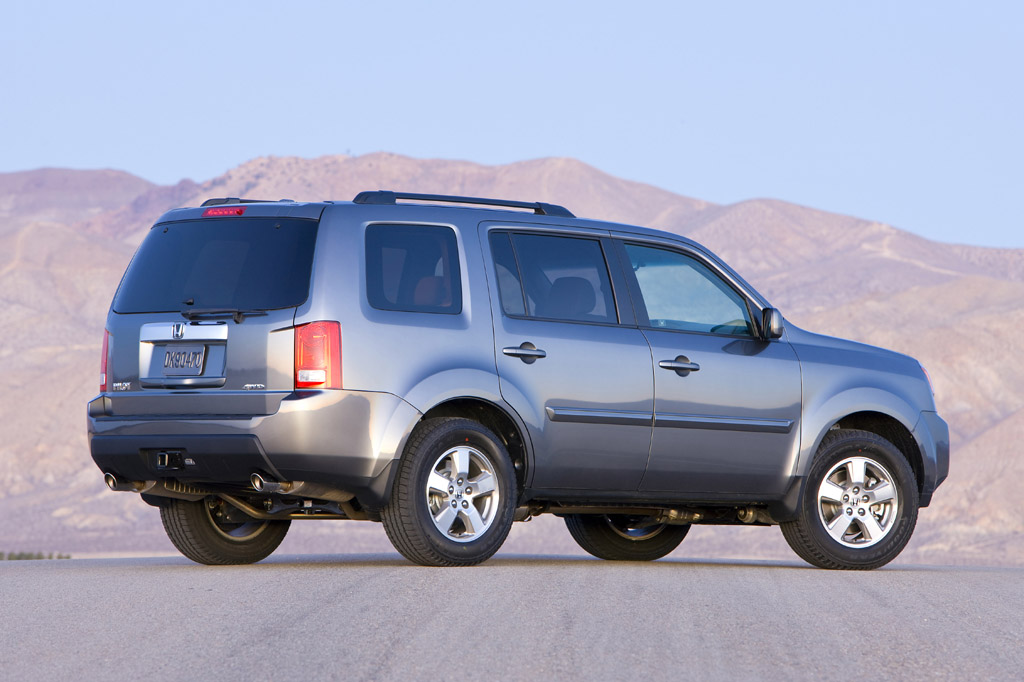 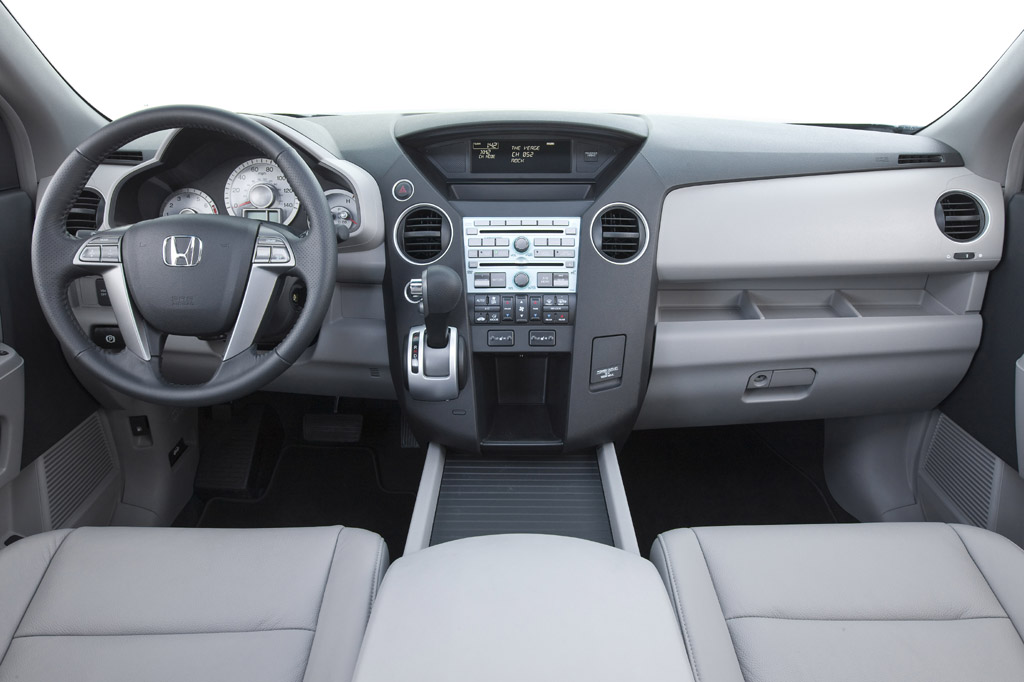 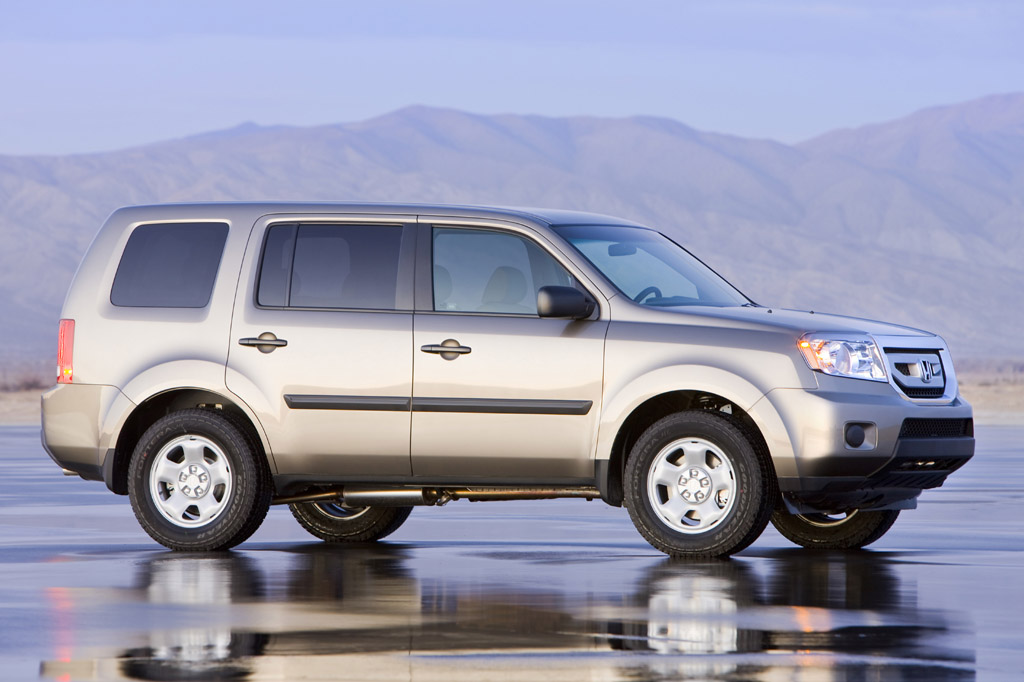 Though trucky on the outside, Pilot is as car-like as any vehicle in this class. That’s a strong selling point, as this Best Buy’s (2009-12) combination of performance, utility, and passenger accommodations make it a crossover you really should consider.

Redesigned for 2009, Honda’s midsize crossover sport-utility vehicle gained passenger and cargo space, along with new styling. Seating eight, the second-generation Pilot contained 60/40 split folding benches in the second and third rows. Compared to its 2003-2008 predecessor, the 2009 Pilot grew an inch in width and almost three inches in overall length and wheelbase. LX, EX, EX-L, and upscale Touring models were offered, each with either front-wheel drive or all-wheel drive. Sole powertrain was a 250-horsepower 3.5-liter V6 teamed with a five-speed automatic transmission. All Pilots got Honda’s Variable Cylinder Management cylinder deactivation system, which shut down two or three cylinders while cruising to save fuel. All-wheel-drive models had a switch that could lock in a 50/50 front/rear power split. Standard safety features included antilock brakes, traction control, an antiskid system, front side airbags, and three-row curtain side airbags. Hill-start assist was standard, and wheels grew an inch (to 17 inches). EX models rolled on alloy wheels; EX-L models added leather-trimmed seating surfaces and a moonroof. A power tailgate, front and rear obstacle detection, wireless cell-phone link, and a navigation system with rearview camera were exclusive to Touring models. DVD entertainment was available in EX-L and Touring versions-actually priced as separate models. Rivals included the Hyundai Veracruz, Chevrolet Traverse, and Toyota Highlander.

All Pilots used a 3.5-liter V6 engine that produced 250 horsepower mated to a five-speed automatic transmission.

Acceleration satisfies. Any Pilot has ample power and fine throttle response in both city and highway driving. Though smooth and responsive, the transmission occasionally hunts for the ideal gear.

Fuel economy isn’t exactly a strong point, but AWD models have averaged a frugal-for-the-class 18.2 to 19.7 mpg. Pilots use regular-grade gasoline.

Pavement cracks and patches pass with little impact, though potholes register soundly. Pilots tend to float a bit and take a moment to settle after big dips at highway speed, though they never lose composure.

Generally carlike driving feel is accompanied by fine low-speed maneuverability and a city-friendly turning radius. Tall sidewalls on the tires contribute to slightly lazy steering response in quick changes of direction. Pilot’s high center of gravity means fair body lean in sharp turns, but no undue noseplow. 2WD models too easily spin their front tires in rapid acceleration from a stop, and are prone to modest torque steer. AWD models are better mannered in this regard. They also cope easily with mild off-road trails. Braking is strong and stable, though simulated panic stops have generated noticeable nosedive.

Overall, Pilot is a quiet and solid crossover. Wind noise is generally muffled, though road roar from tires intrudes at highway speeds. The V6 never rises above a muted growl, but Pilot’s body is prone to drumming over rough surfaces.

Gauges are well laid out and easy to read. The dashboard-mounted shift lever is unconventional but easy to operate, and does not block access to controls. Most controls are easy to use, but the center stack contains numerous buttons that require familiarization. Honda’s navigation system (if installed) absorbs no audio or climate functions, which is a bonus. However, its control knob and flanking button interface is more complicated to use than the touch screens employed on most of Pilot’s rivals. Comprehensive second-row climate controls with a separate LCD screen are a nice touch. Fit and finish are generally up to class standards, though Pilot’s interior is awash in cheap-looking hard-plastic trim. Cloth upholstery in LX and EX models looks nice and feels sturdy. The EX-L and Touring’s leather interior feels only slightly more upscale. One test model suffered from several interior squeaks and rattles, particularly with the third-row seat raised.

Second-row space is better than average, with good room and comfort for adults. Tall step-in is a demerit for second-row entry and exit. Third-row access is tricky for adults, though helped by second-row seats that slide far forward. Three-abreast seating in the third row is for kids only, though two average-sized adults will be comfortable enough on short trips.

Cargo space is a Pilot strong point. Load volume becomes ample once you begin to fold down the seatbacks. Both rear rows drop easily to form a flat deck; third-row latches are positioned rearward and are easily reached from the back of the vehicle. Opening the liftgate glass adds versatility. Space is sufficient for a couple of golf bags or a folded stroller behind the third row. The built-in rear cargo net can be affixed to side panels to form a “hammock” for smaller, lightweight items. Ample small-items storage includes a versatile front console, two-tier front-seatback pouches, and plenty of compartments and cubbies.