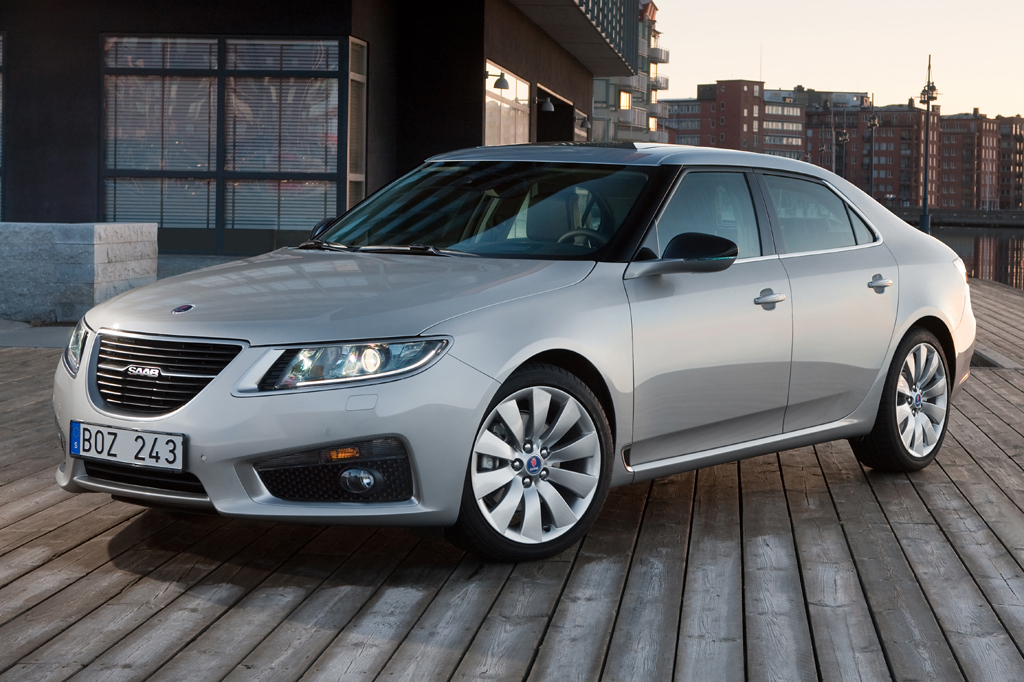 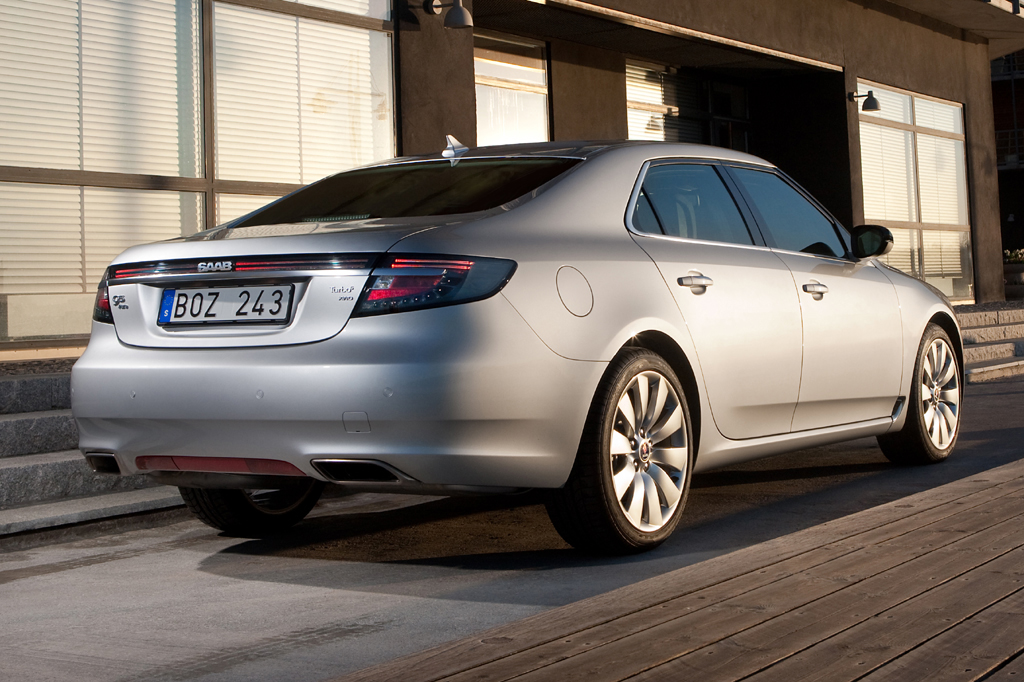 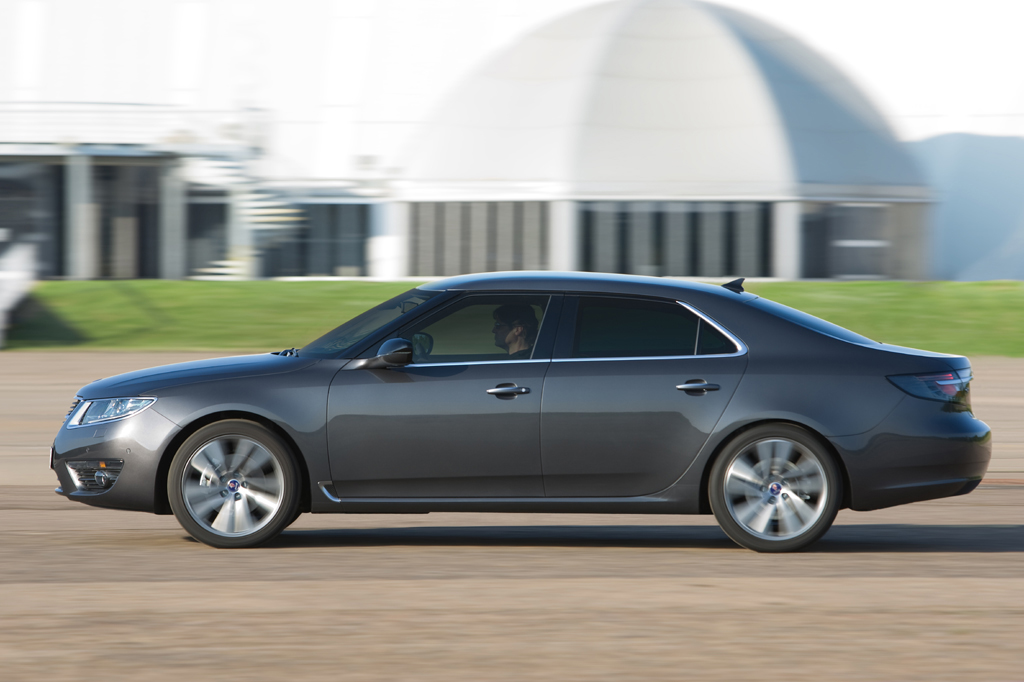 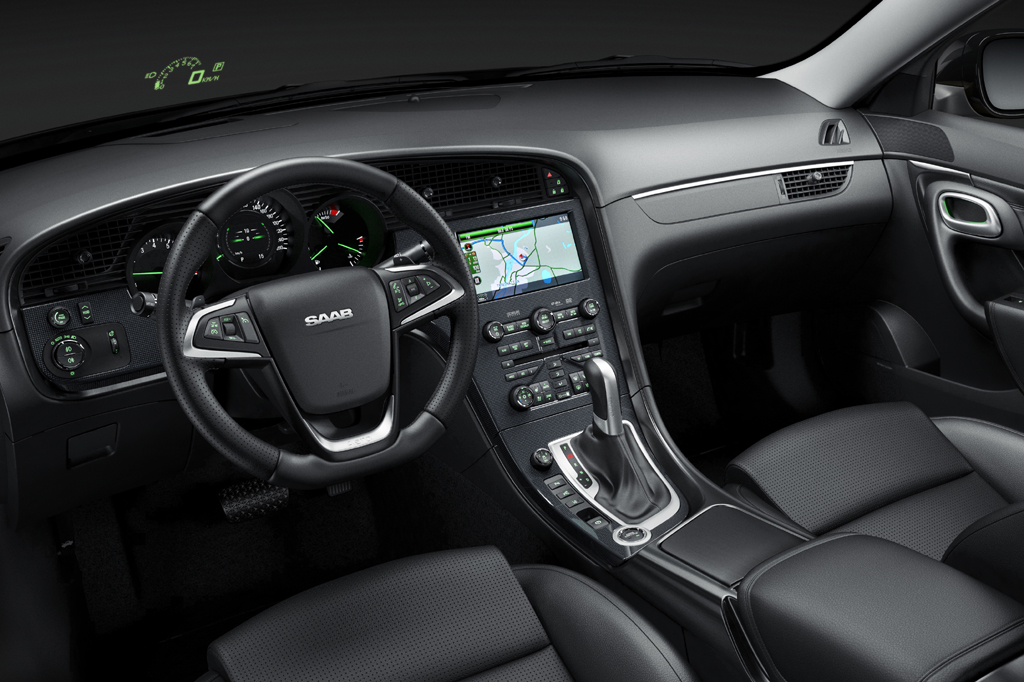 In terms of ride comfort, driving dynamics, cabin appointments, and overall refinement, the 9-5 comes up short compared to the competition. Even without taking Saab’s demise into account, there are several more compelling sedans on the market.

Saab’s flagship sedan was redesigned for 2010, sharing some elements of its basic design with the 2011 Buick Regal. Although Saab was owned by General Motors during the 9-5’s development, GM no longer owned Saab by the time the 9-5 went on sale; the company was owned by Spyker Cars N.V., a Dutch builder of exotic cars. A 4-door sedan was the only body style offered.

The 2010 9-5 came only with a 300-horsepower 2.8-liter turbocharged V6 mated to a six-speed automatic transmission and all-wheel drive. A 220-hp 2.0-liter turbo joined it for 2011, available with either a 6-speed manual or the automatic, but only in front-drive form.

A 2011 Turbo4 was the only 9-5 model made available for Consumer Guide evaluation. The 2.0-liter engine is very smooth with good throttle response and a satisfying amount of power for most any situation. The automatic transmission is generally smooth, but it displays an occasional reluctance to downshift. Test Turbo4 Premium averaged 22.4 mpg. Saab recommends 90-octane gas, and the 4-cylinder engine is also capable of running on E85 ethanol.

The 9-5’s ride/handling combination falls short of the standards set for premium-midsize cars. The suspension is clunky and unrefined over even moderate bumps in the city. Its highway ride is fine; firm but never harsh. The 9-5 is decently nimble for its size, and the brakes are good, but it’s far from sporty. Any bumps encountered in a corner produce an unpleasant reverberation through the steering wheel.

The engine is a bit vocal during acceleration, but it settles down nicely on the highway. We did notice some wind noise from around the front roof pillar, but it’s not at all intrusive. All in all, 9-5 has a serene cabin.

Unlike many luxury cars, the 9-5, at least without the optional navigation system, has a simple, straightforward control layout. There aren’t too many buttons, nor is there an “all-in-one” control scheme that uses a joystick or similar device. Some of the audio buttons are on the small side, but everything is clearly marked. The gauges are large and easy to read. Interior materials are nice, but hardly spectacular. There are plenty of soft-touch surfaces, but the woodgrain trim looks fake and plasticky. One test car suffered from some misaligned interior panels, but nothing squeaked or rattled.

The front seats are comfortable, and there’s plenty of headroom and legroom. The center console intrudes a bit on the driver’s knee space, but it’s not a significant problem. The upright shape of the front windshield helps forward visibility, but the view directly aft is compromised by a short window. In back, the housing of the panoramic sunroof cuts into headroom for tall passengers. Space and comfort are otherwise quite good with great legroom.

The 9-5’s trunk is quite large, and though the sickle-type trunk hinges are covered, they steal a bit of space. When folded, the rear seat backsrest quite a bit higher than the trunk floor, which complicates loading bulky items. Interior storage consists of an average-size glovebox, center console, and door pockets.