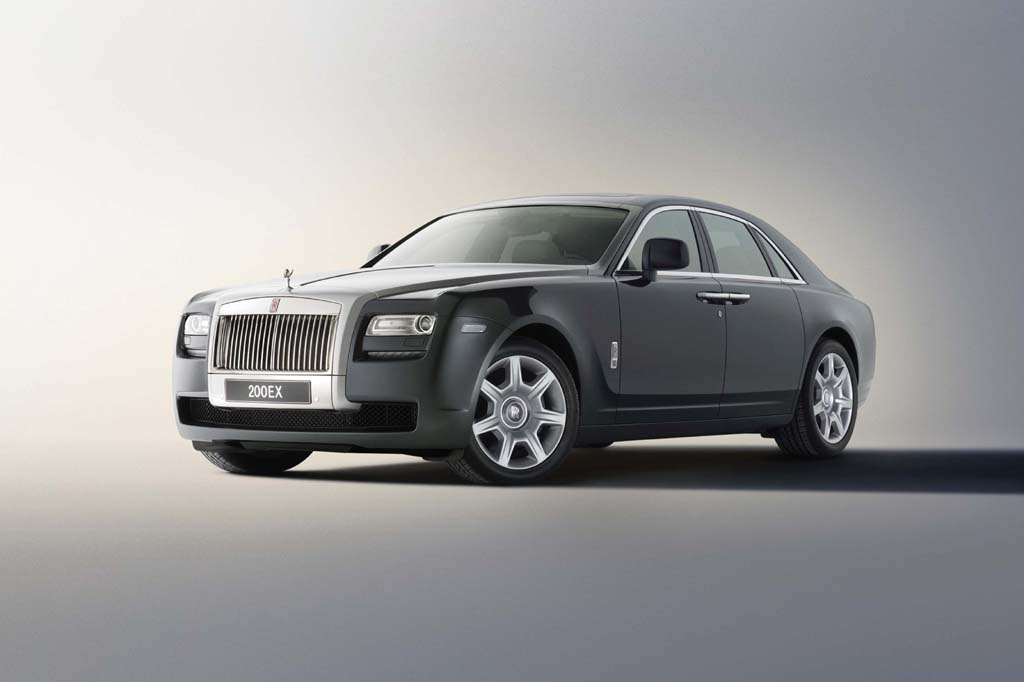 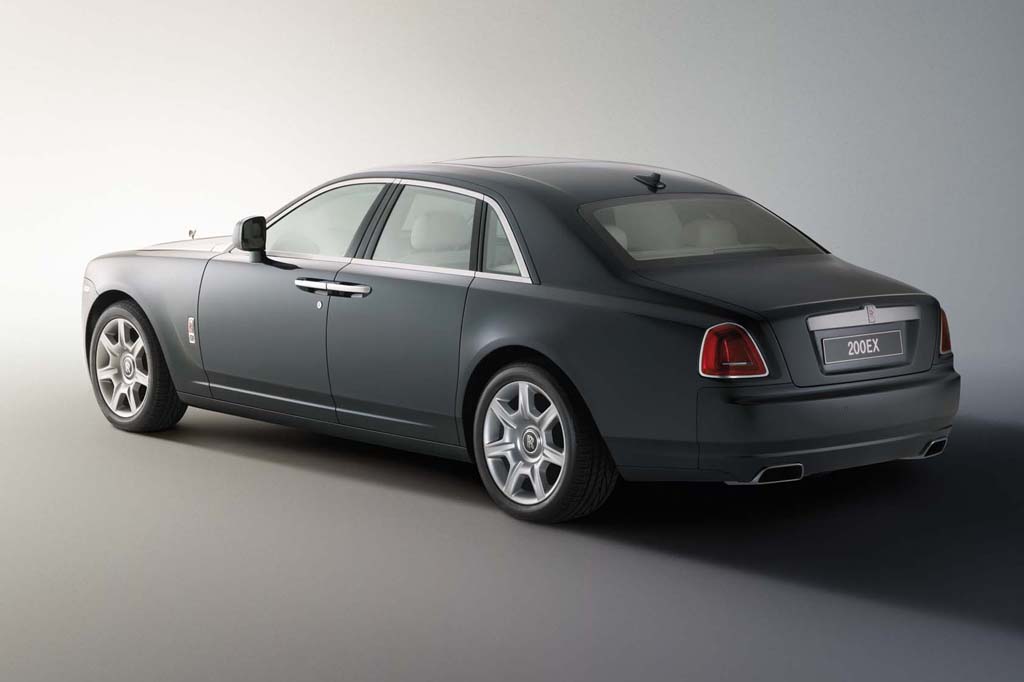 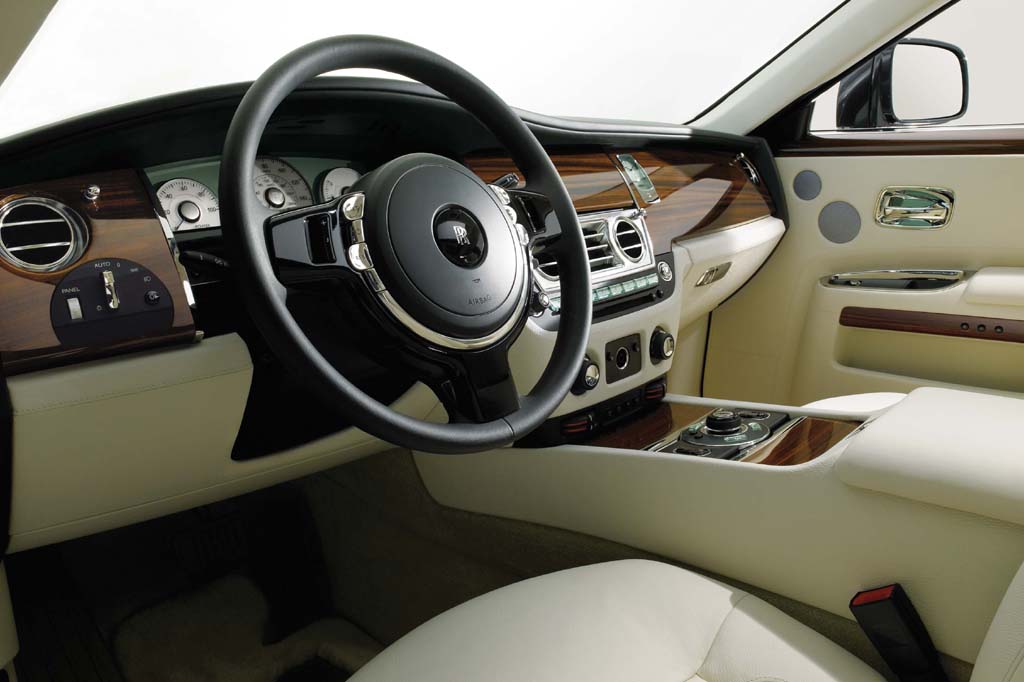 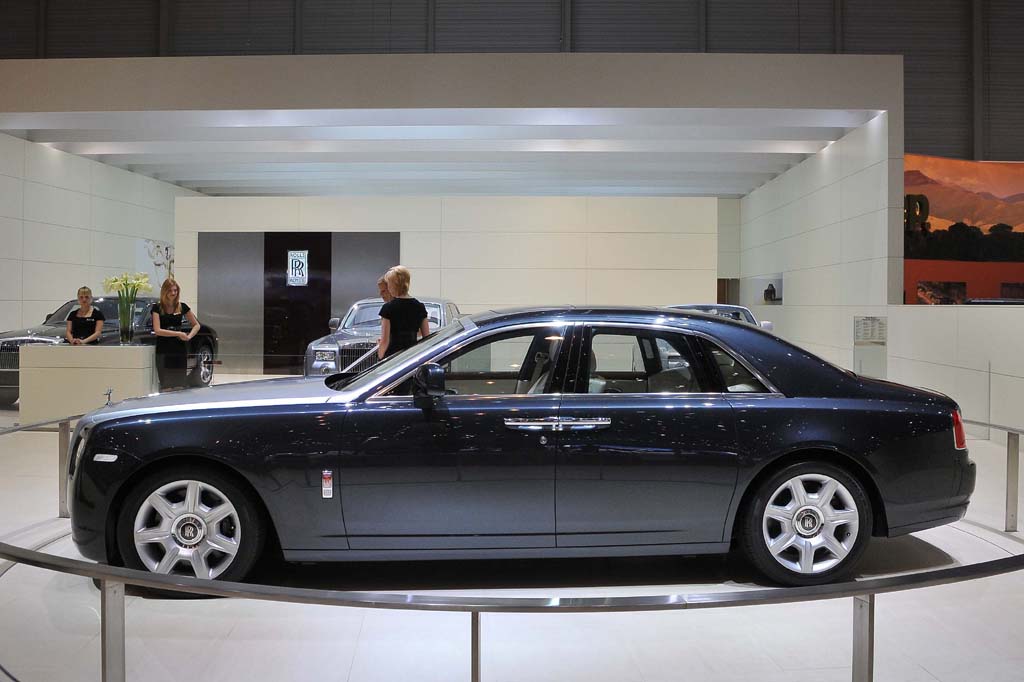 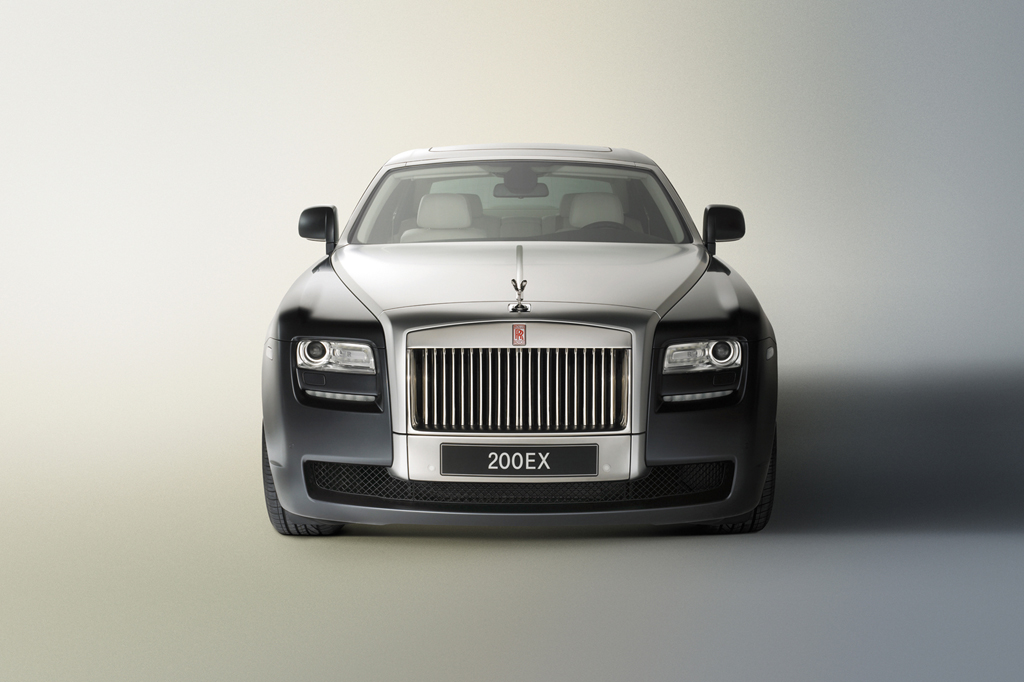 Rolls-Royce’s Ghost lacks the sporty character of big sedans from Bentley or Mercedes-Benz, but trumps both with near-absolute cabin isolation. We prefer the Bentley’s special blend of hustle and coddling, but well-heeled shoppers looking for extravagant cabin appointments and bank-vault quiet may find the Ghost to be just what they’re seeking.

First seen in concept form as the experimental 200EX (previously code-named RR4), the Ghost debuted in production form as a 2010 model. Borrowing the “Ghost” name from posh sedans of an earlier era, the 2010 four-door from this renowned British luxury-motorcar builder seated five and had rear-wheel drive. Although it had been billed as a smaller, “entry-level” companion to the larger Rolls-Royce Phantom Sedan, the Ghost was really more of a higher-performance offering. Though less formal in appearance, it was nevertheless meant to be instantly recognizable as a Roll-Royce. The Ghost aimed at buyers who intended to drive the vehicle themselves, as opposed to being chauffeured. Design work was inspired by contemporary furniture, architecture, and yachts, according to Rolls-Royce. Compared with the Phantom, the Ghost was shorter in wheelbase by about 11 inches and in overall length by 17, making it about half-a-foot longer than a Bentley Continental Flying Spur or Mercedes-Benz S-Class sedan. Carried over from the bigger Phantom were rear-hinged rear doors. The sole powertrain was a 563-horsepower, turbocharged 6.6-liter V12 mated to an eight-speed automatic transmission. Available safety features included antilock braking, traction control, an antiskid system, front-side airbags, rear-side airbags, and curtain-side airbags. Unique paint, trim, and leather colors were available through Rolls-Royce’s Bespoke program that allows buyers to tailor the vehicle to their taste. Available features included a lane departure warning, active cruise control, head-up display, and an infrared night-vision camera. Ghosts rode on standard 19-inch tires. Sticker price for the 2010 Ghost was $245,000, and Rolls-Royce claimed 0-60 mph acceleration in a brisk 4.8 seconds.

Acceleration is strong from a stop, though the Ghost doesn’t leap off the line as strongly as its 563-horsepower rating might suggest. Once it’s moving, on the other hand, a Ghost builds speed with authority, with ample passing and merging reserves.

Consumer Guide has had no opportunity to measure fuel economy in real-world driving. EPA estimates were non-thrifty at 13-mpg city/20-mpg highway, but those figures are better than some top-end luxury sedans, including Rolls-Royce’s immense Phantom. All Rolls-Royce cars require premium-grade gasoline.

Few vehicles afford occupants greater isolation from road imperfections. Surprisingly, the rare major bump or rut can filter into the cabin with an alarming jolt.

With an emphasis on isolation, Ghost handles with a less-sporting nature than the Bentley Flying Spur. That said, despite its size and heft, Ghost never feels cumbersome. Quick stops can induce moderate nosedive.

A muted engine and nearly complete lack of wind and road noise combine for a library-like cabin environment. Only full-throttle acceleration will induce the engine to rise above a whisper, at which time the silky V12 sounds classy and refined.

Large gauges are plainly marked and easy to read at a glance. Unfortunately, the Ghost’s control system incorporates a variation of parent company BMW’s iDrive, complicating audio and navigation functions. Other controls are reasonably easy to identify and manipulate. Some testers have found the thin steering-column-mounted shifter awkward to manipulate, and out of character with Ghost’s otherwise solid, substantial feel. More sublime than immediately luxurious, the Ghost’s cabin is comprised of tasteful wood, real-metal bright accents, and top-notch leather, all put together with apparent attention to detail.

Despite their appearance, the rear-hinged doors are not the boon to entry and exit that they might be, forcing passengers to shimmy slightly forward before sliding into the cabin. Once inside, however, occupants are coddled by deeply padded but supportive seats.

The large trunk is made more useful by a generous opening. Cabin storage is less impressive than the Ghost’s overall size might imply. A modest center console and decently large glovebox provide at least adequate stowage space.

2010, 2011, 2012, Rolls-Royce, Used
For more than 50 years, car shoppers have been relying on Consumer Guide Automotive. Our editors test drive and thoroughly evaluate virtually every new car, truck, minivan, and SUV sold in America.