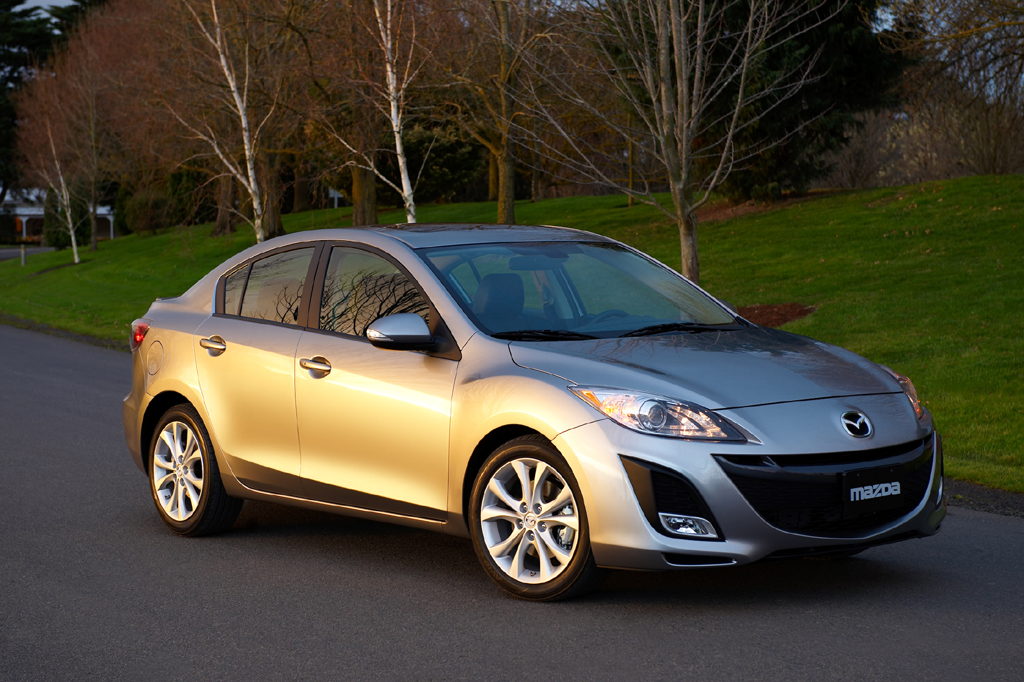 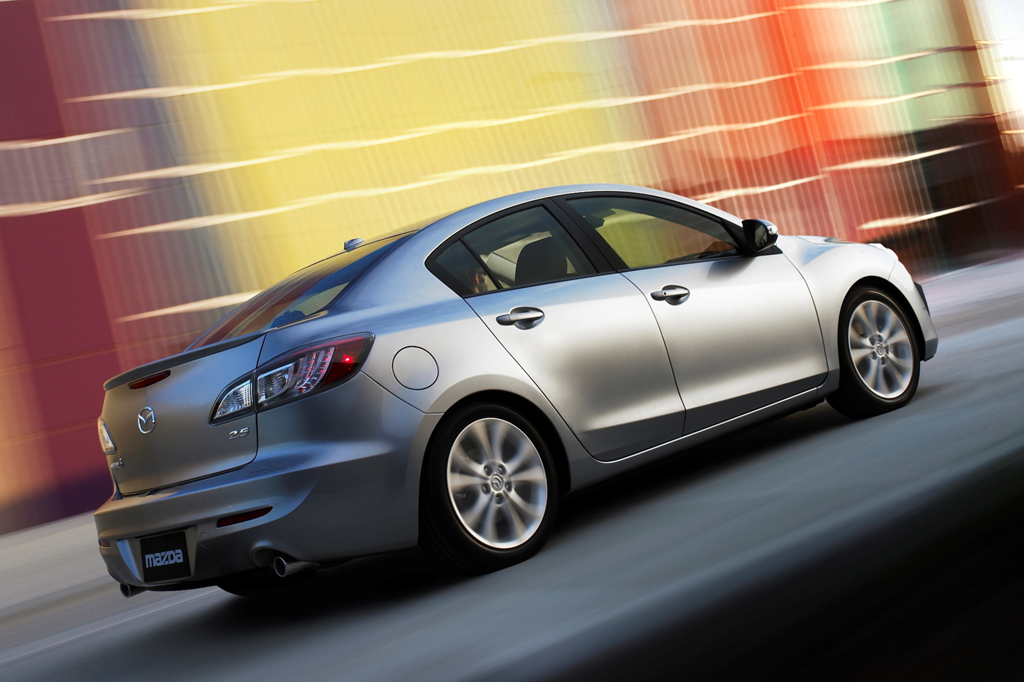 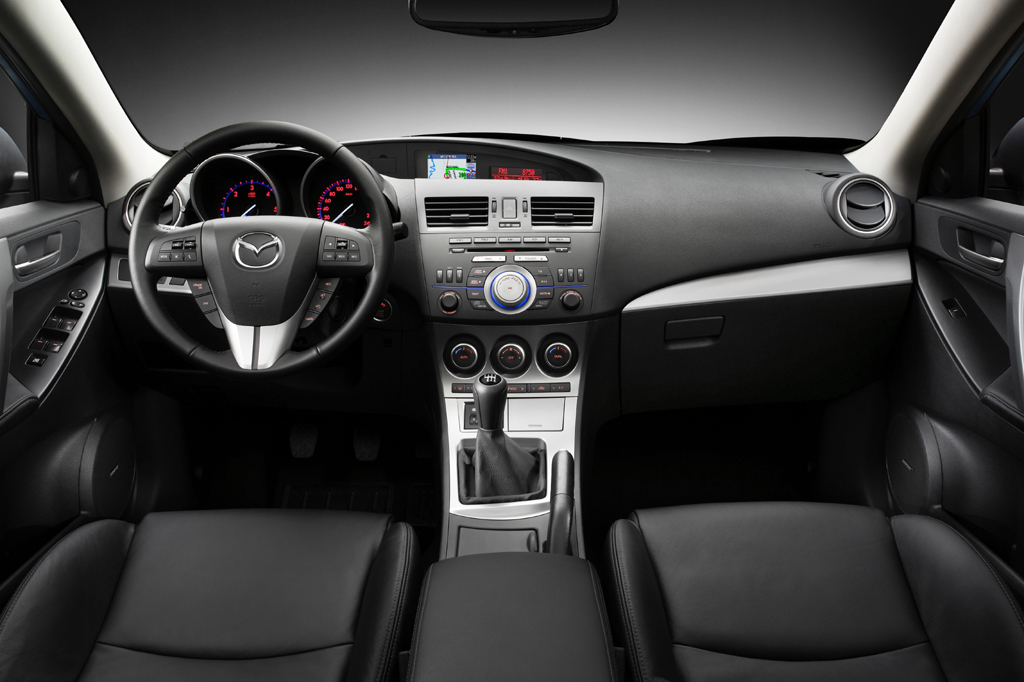 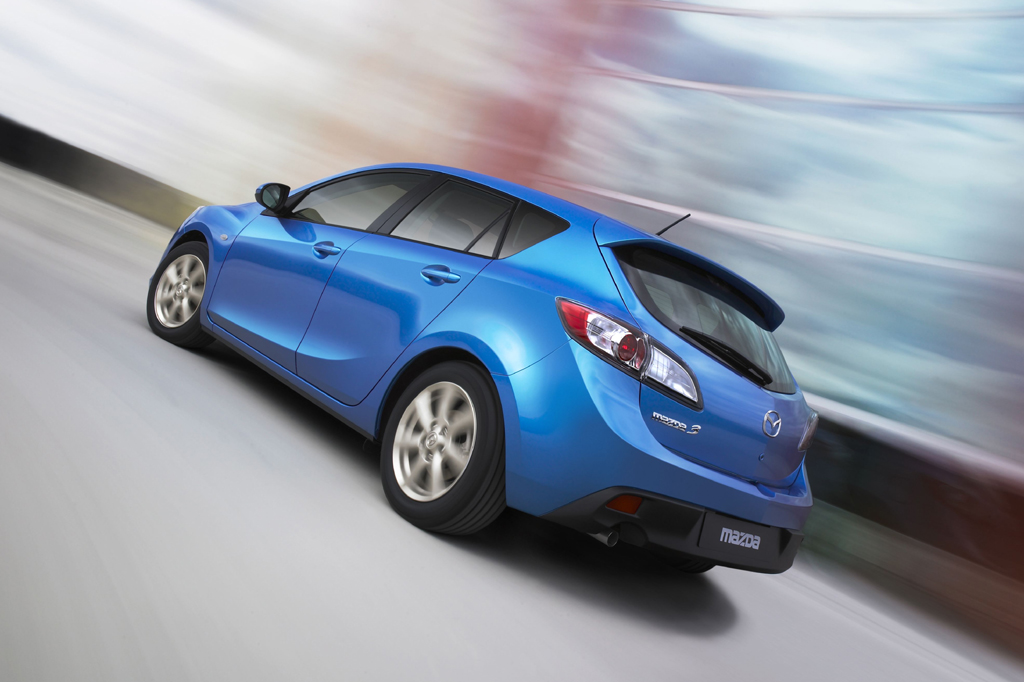 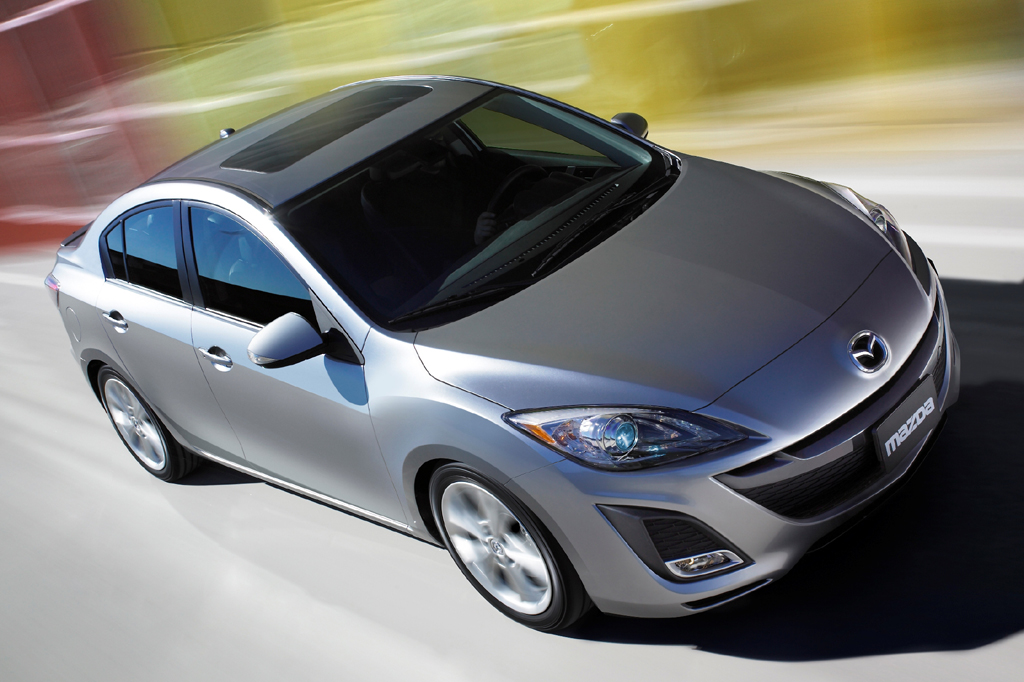 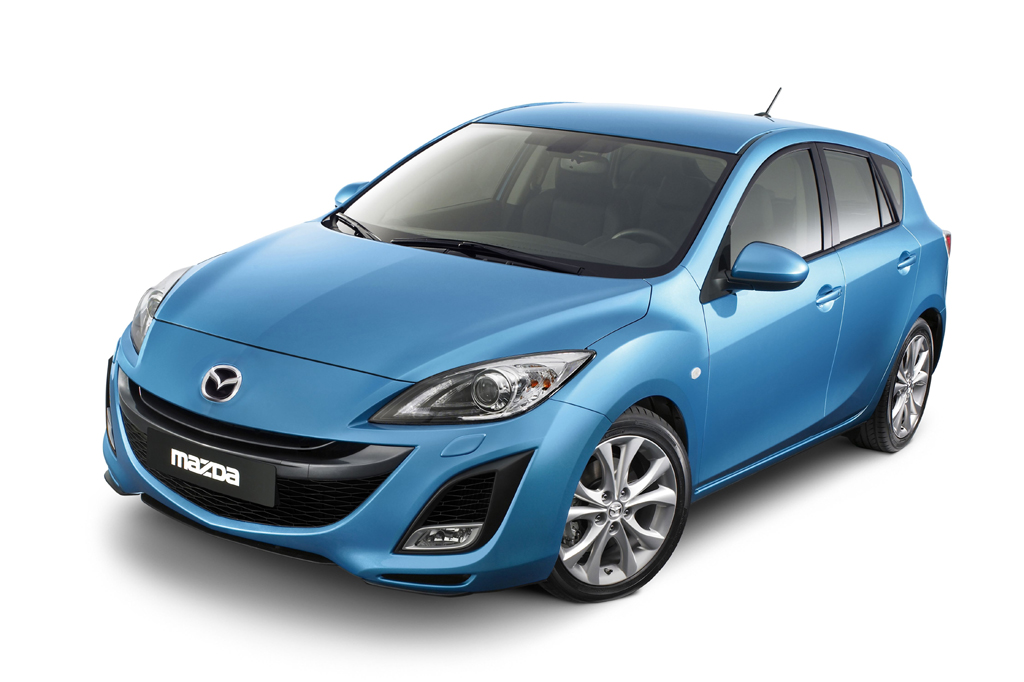 No wonder the Mazda 3 is the brand’s best-selling car. This model boasts a stable ride, solid cabin appointments, a versatile hatchback body style, and a fun-to-drive character unmatched by most like-priced rivals of any size. The raucous and powerful MazdaSpeed can be rewarding to drive, but it requires more finesse and attention than rival factory-tuned compact cars. On all, the engines are on the loud side, and rear-seat room fails to impress. New-car prices have been rather high for the class, but Mazda’s 3 has been available with several unexpected features, including steering-linked headlights and dual-zone automatic climate control. For everything they offer, Mazda 3 i and s models are strong picks.

Redesigning of the Mazda 3 for 2010 gave the second-generation version freshened styling and more available power. First introduced in 2004 with the theme of affordable sportiness, these compact cars again came in four-door sedan and four-door hatchback body styles, all with front-wheel drive. Measuring 3 inches longer overall, they rode the same wheelbase as before, adding some features borrowed from the larger Mazda 6. The 3 was available in i and s versions. Mazda 3s with the i prefix were sedans only, available in SV, Sport, and Touring trim levels. Sport and Grand Touring trim levels were available on 3s with the s prefix. Each was offered as a sedan or hatchback. Also available was a revamped high-performance MazdaSpeed 3 hatchback. All Mazda 3s had four-cylinder engines. Mazda 3 i versions had a 148-horsepower 2.0-liter that carried over from previous models. The s versions got a new 167-horsepower 2.5-liter four-cylinder that replaced the previous models’ 156-horsepower 2.3-liter four-cylinder. The 2.0-liter models were paired with either a five-speed manual or new five-speed automatic transmission. The 2.5-liter versions mated with a six-speed manual or five-speed automatic. The MazdaSpeed 3 reprised its turbocharged 263-horsepower 2.3-liter four-cylinder engine and six-speed manual transmission. Standard safety features included all-disc antilock braking, traction control, an antiskid system, curtain-side airbags, and front-side airbags. Available features included stability control, leather trim, a navigation system, keyless entry and starting, a wireless cell-phone link, and satellite radio. The Mazda 3 competed against such rivals as the Honda Civic, Ford Focus, Nissan Sentra and Versa, and Volkswagen Golf/GTI/Jetta.

Mazda 3 i models have acceptable acceleration from a stop, with little difference between the manual and automatic transmission. The base 148-hp 2.0-liter engine strains in highway merging and passing; the SKYACTIV version introduced for 2012 is a bit better. The s versions are stronger overall, with manual-transmission models feeling quicker than their automatic counterparts. Any s model has sufficient passing reserves. On non-turbo versions, the manual transmission has positive shift and clutch action, but some testers thought it had slightly long throws. Mazda’s automatic is smooth and responsive. The MazdaSpeed is very quick, but acceleration is blunted by turbo lag. The clutch is stiff on this model, and it can be tricky to modulate.

Non-MazdaSpeed versions are among the best-riding in their class. These 3s exhibit near-premium levels of comfort and composure. Base i models have 16-inch wheels, which exhibit the best overall ride. The s versions have 17-inch wheels that don’t absorb bumps quite as well, but the difference is negligible. MazdaSpeed is much tauter, but livable.

In steering/handling, the s models are also among the best in class, but i versions are no slouches, either. Any 3 is confident, exhibiting little body lean, though i versions have more than s models. Steering feel is accurate and responsive, and the brakes have excellent pedal feel and control.

MazdaSpeed tries to minimize torque steer by modulating engine power and torque transfer, but some wander during full-throttle acceleration is noticeable.

Engine noise under full-throttle acceleration and some coarse-surface tire thrum are the biggest sources of ruckus. Wind noise is well suppressed. The hatchback’s open cargo area generates a bit more resonance than the sedan. MazdaSpeed’s low-profile tire racket and sporty exhaust note could be tiring.

Audio and climate controls are simple to decipher and logically arranged. They’re also completely separate from the optional navigation system–a plus. All models have two light settings for the instrument panel and major controls, which are governed by a button in the gauge cluster. In low light and foggy conditions, the “day” mode renders the display too bright while the “night” mode is too dim. The navigation system display is placed close to the driver’s line of sight atop the center of the dashboard. The screen is small, however, requiring just as long a look away from the road as a display in the traditional location near the audio and climate controls. The navigation system is controlled by buttons on the steering wheel, which is less convenient than a touchscreen. Models without navigation have a central dashtop display as well, but it’s canted toward the driver, making it difficult for other passengers to read. Textured and padded surfaces abound in most places where occupants are most likely to see and touch them. The cloth and leather upholstery look and feel high-end. Hard molded plastics are found on lower panels, but they don’t look cheap.

Most adults should have sufficient headroom and legroom up front. Taller folks and those of generous girth will be a bit cramped. If the steering wheel is positioned high, it obscures the view of the odometer.

Backseat legroom and knee clearance are adequate for a 5-foot-8 adult sitting behind another of the same height, though the bench is a bit too firm for ideal comfort. The rear roof line and rear-door shape squeeze entry and exit for adults.

Cargo space is no different than the previous-generation Mazda 3. The sedan’s trunk is a bit small but useful, with low liftover and sufficient height. The more-versatile hatchback includes a handy rear cargo organizer. The hatchback’s liftgate rises high enough to clear the heads of taller folks. Its handle, though, is in an awkward location that makes it difficult to open without hands scraping across the top of the rear bumper. All 3s have 60/40 split rear seatbacks that fold almost flat. Interior storage is decent, with a good-sized center console box, an average-sized glovebox, and door pockets.