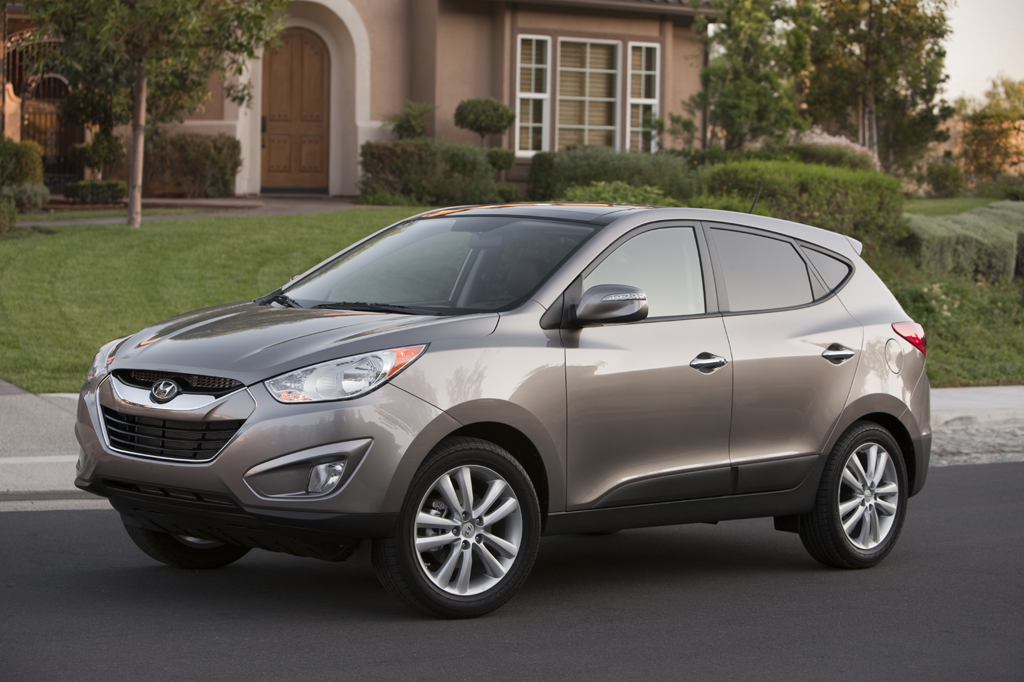 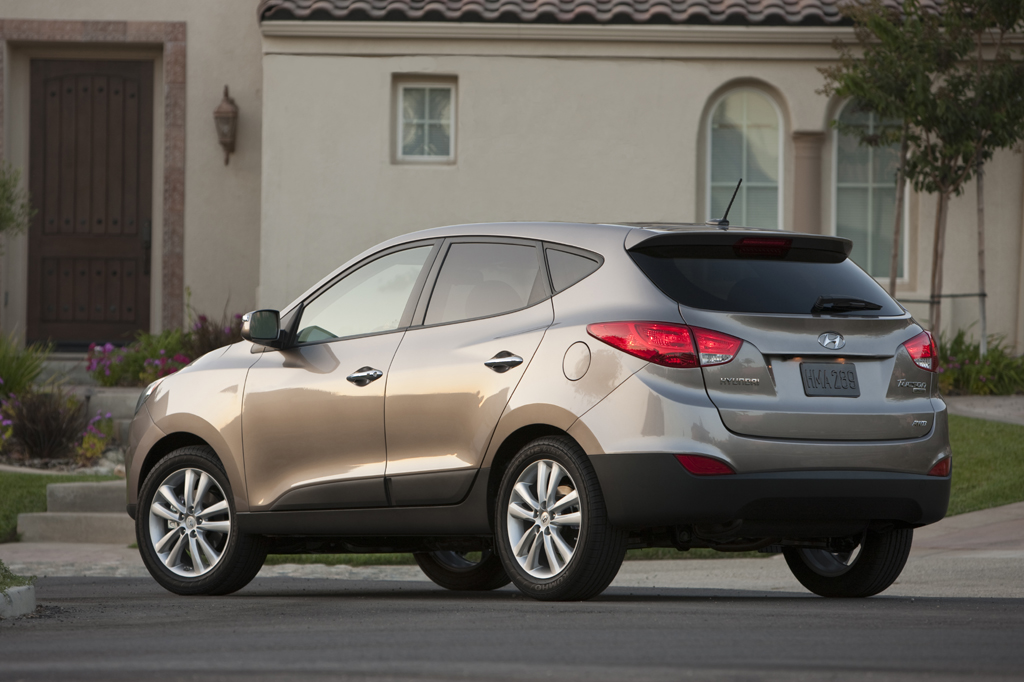 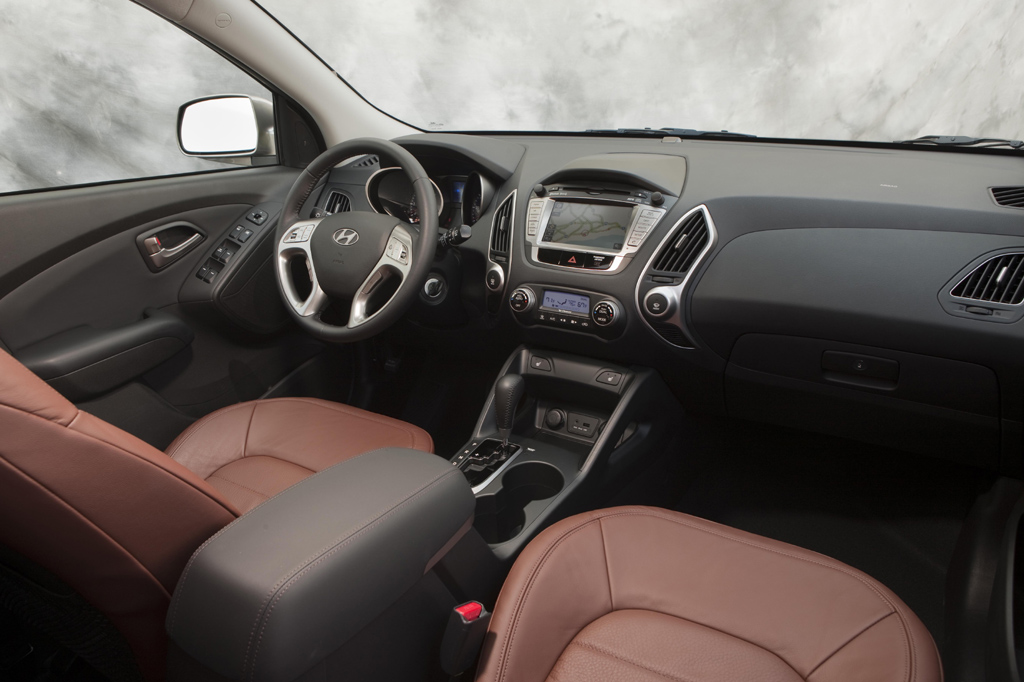 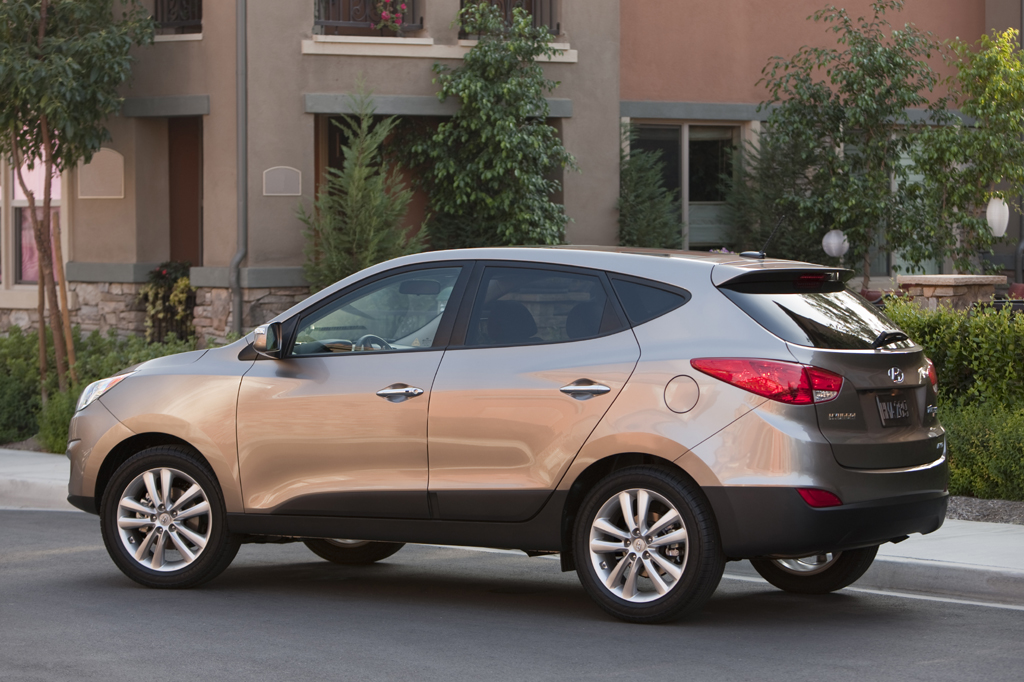 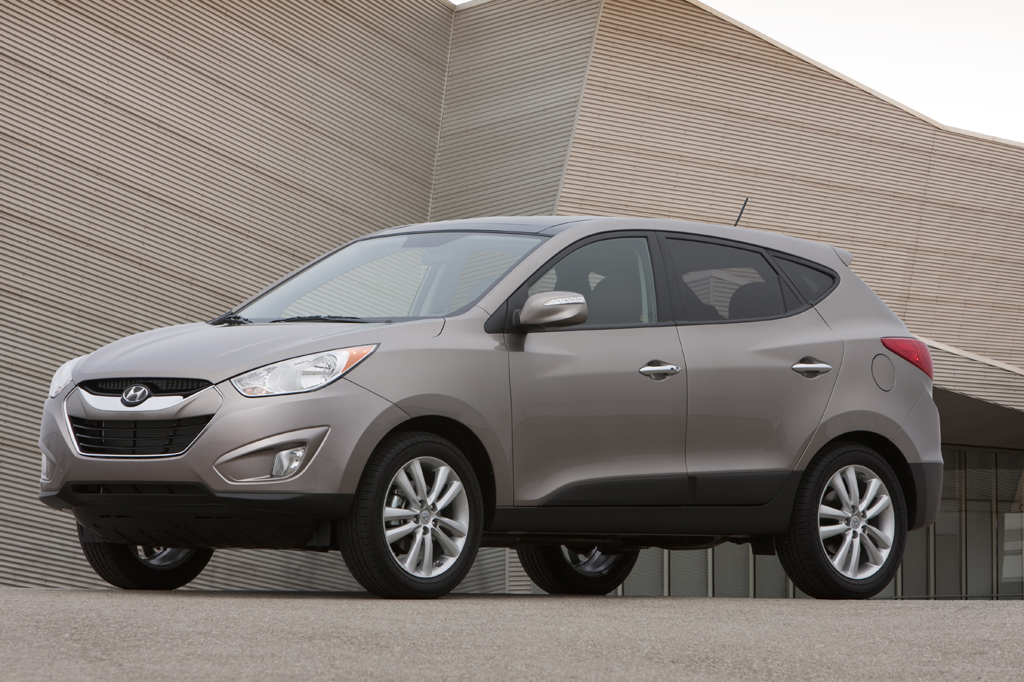 With this redesign, Tucson remains a strong value in the compact-SUV class, earning Recommended (2011) and Best Buy (2012) designations. Its blend of maneuverability, comfortable interior accommodations, and level of standard features make it a competitive player in this segment. Though the new four-cylinder engine isn’t as refined as others in the class, there’s no lack of power, and it delivers decent fuel economy. Avoid the aggravating manual transmission in favor of the slick automatic. Looking for a V6? Though Tucson’s is gone, you’ll still find one in the larger Santa Fe.

Redesigned for 2010, Hyundai’s Tucson gained freshened styling, a new engine, and new features. Seating five, this compact crossover SUV was about 3 inches longer and an inch wider than the 2009 model. Tucson came in base GLS and uplevel Limited trim levels. The sole engine for all models was a new 176-horsepower 2.4-liter four-cylinder, teamed with a six-speed manual or six-speed automatic transmission. This powertrain replaced prior 140-horsepower four-cylinder and 173-horsepower V6 engines. Front-wheel drive and all-wheel drive were available on both trim levels. Standard safety features included antilock braking, traction control, an antiskid system with rollover sensing, curtain-side airbags, and front-side airbags. Newly standard on the 2010 Tucson was Downhill Brake Control, designed to maintain constant speed when traveling downhill. Also standard was Hillstart Assist Control, which was designed to keep the vehicle from rolling backward down an incline. Leather upholstery and heated front seats were Limited-exclusive standard features. A navigation system and rearview camera were new features for Tucson and optional on both GLS and Limited. A panoramic sunroof was optional on the Limited. Tucson competitors included the Ford Escape, Honda CR-V, Subaru Forester, and Toyota RAV4.

Tucson’s 2.4-liter four-cylinder engine delivers plenty of gusto from a stop, but mid-range power is just adequate and hill climbs can feel taxing. The gas pedal lacks a firm feel. The automatic transmission delivers crisp, well-timed shifts. Manual shift, on the other hand, is an exercise in frustration, with long shifter throws and inconsistent clutch engagement.

Fuel economy is a plus point. In Consumer Guide testing, front-drive models with the 2.4-liter engine have averaged 23.8 mpg. Tucson uses regular-grade gas.

Ride quality is another benefit. A GLS is pleasant overall, owing to its standard 17-inch wheels. Its ride is generally composed and comfortable around town and absorbent at highway speeds. Only large bumps register sharply. Limiteds have 18-inch wheels and a sport suspension, making them more jittery and nervous over rough pavement.

Tucson maneuvers through traffic with ease, but body lean comes on quickly, even during moderate cornering. The steering is responsive, if a bit heavy at low speeds. Standard Downhill Brake Control can be turned on to help the driver maintain a constant vehicle speed while traversing steep downgrades.

Wind rush is well checked, and tire thrum and road noise are present, though not annoying, at highway speeds. Tucson’s cabin is not very well insulated from its buzzy, often loud engine. Though engine noise is very noticeable during takeoffs and highway acceleration, it fades at cruising speeds.

Climate-control dials are large and logically placed. The standard audio deck is a marvel of convenience. Tucson’s navigation system features a large, clear touchscreen that makes controlling its functions easy. Audio controls are absorbed into the navigation system, yet are not overly complicated to master. Digital-music-player integration is nearly seamless. Tucson’s cabin is far more refined than the previous generation’s, especially with the optional Popular Equipment Package on the GLS (standard for 2011). Versions so equipped are trimmed with soft-touch materials and brushed-chrome bits. The seats’ cloth/vinyl material is rich and convincing; patterned-cloth seat inserts add some personality to the cabin. Models without this package have a more drab interior, with materials that are nothing special. Despite having leather upholstery, Limited versions look and feel little different.

Though headroom in the new-generation Tucson shrunk by an inch, there’s still plenty of front-seat space even for taller drivers. Legroom also is generous. Some testers have praised the buckets as long-haul comfortable, while others found them too hard. Thick rear roof pillars hinder visibility to the aft corners. A tilt/telescopic steering wheel and extendable driver and front-passenger sun visors add to the comfort of the front cabin. The design of the front door sills allows grime to collect, which can cause pant legs to get dirty upon entry or exit.

Rear-seat headroom is quite good, and legroom is decent for tall folks, even with the front seats set far back. Wide-opening doors and a fairly large aperture mean entry and exit are easy.

Tucson’s seatbacks fold nearly flat, though we wish Hyundai would include some sort of under-floor storage. A separate-opening glass liftgate window is no longer available, which is a bit disappointing. Generous small-items storage space includes a good-sized glove box, a deep center-console bin, and large front-door pockets. The back seat’s smaller door pockets offer added space for items such as water bottles.