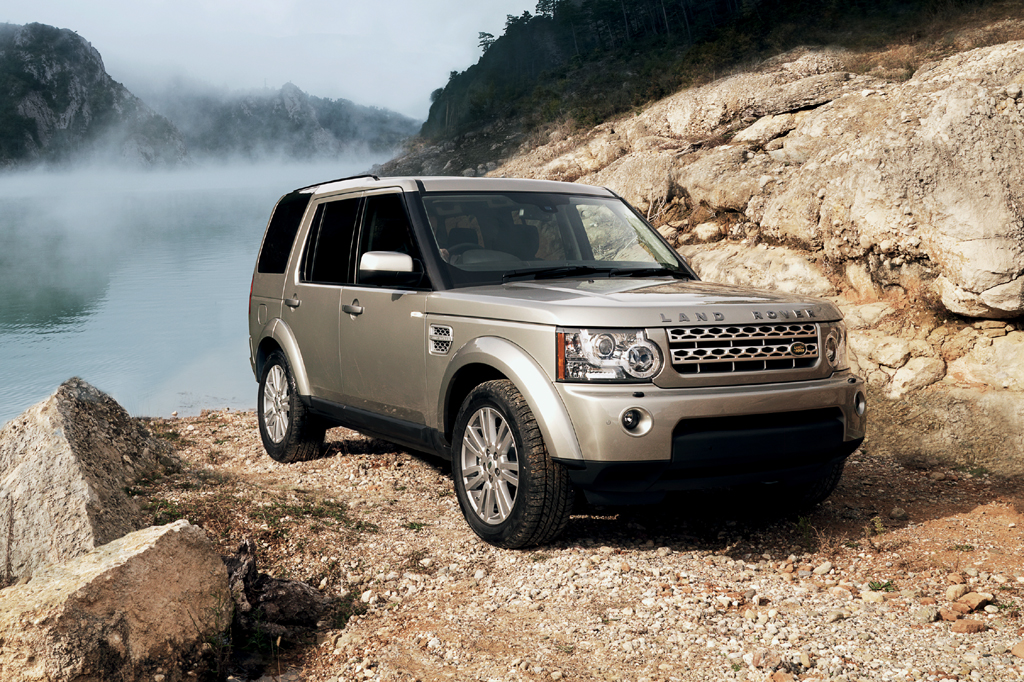 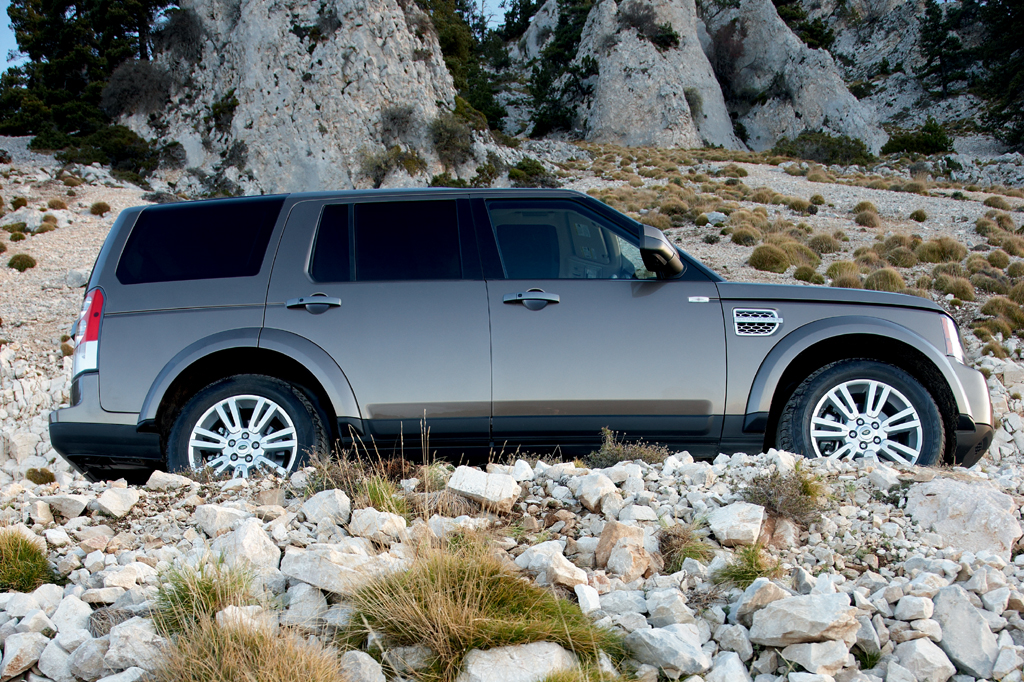 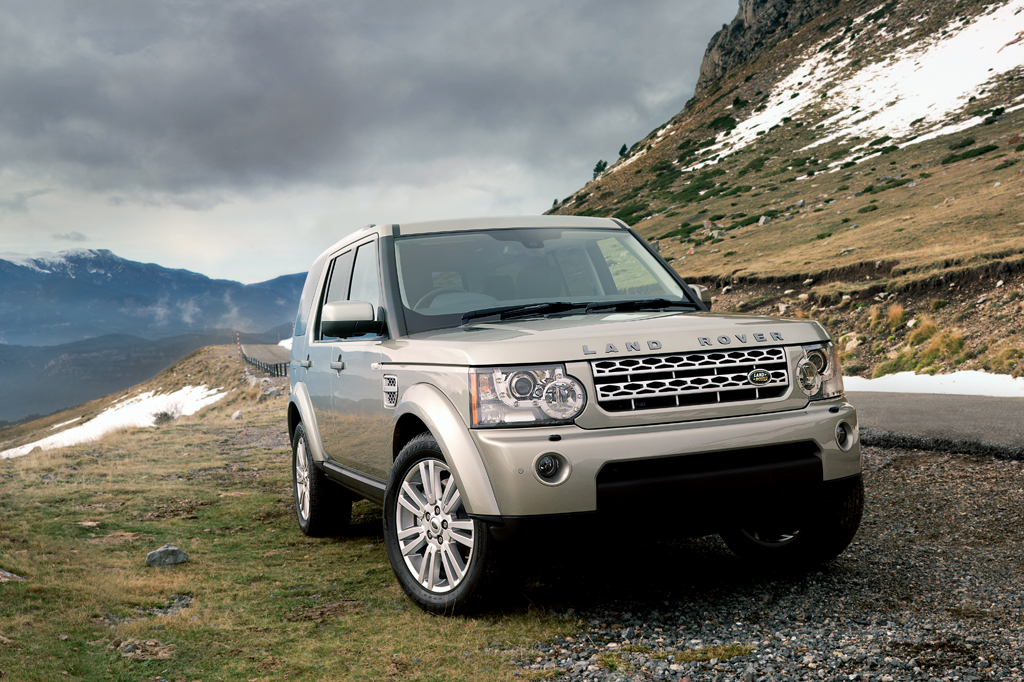 In a class trending toward luxury-crossover SUVs, the tall, off-road-oriented LR4 may seem a bit out of place. In reality, most of the time this SUV is likely to be used exactly the way its car-like competition is; and in that capacity, the Land Rover provides good passenger and cargo room, along with unexpected levels of refinement and comfort. Used off-road, LR4 easily ventures into many places that would leave some competitors waiting for a tow truck. Ultimately, the LR4 is challenged in the marketplace by perceptions more than reality–along with its hefty thirst for premium-grade gas.

For 2010, the Land Rover LR4 replaced the LR3 as this British automaker’s seven-passenger SUV. Though its exterior styling was similar to that of the 2005-09 Land Rover LR3, the new LR4 had a redesigned interior and a new engine. The sole engine was a new 375-horsepower 5.0-liter V8, which replaced the LR3’s 300-horsepower 4.4-liter V8. A six-speed automatic was the only transmission. Standard safety features included antilock braking, traction control, an antiskid system with rollover sensing, front-side airbags, and curtain-side airbags. Every LR4 had all-wheel drive with low-range gearing and Land Rover’s Terrain-Response system. This system has a console switch that enables the driver to change suspension and powertrain calibrations to accommodate normal driving, slippery pavement, mud, sand, and low-speed off-roading. Also standard was hill-descent control. Standard seating was for five, but an optional third-row bench could increase passenger capacity to seven. The available Lux Package included seven-passenger seating, upgraded leather interior trim, Xenon headlamps with high-beam assist, a cooler box in the center console, an upgraded harman/kardon stereo system, and a memory system that could save the driver’s seat, steering wheel, and mirror settings. The Lux Plus Package added a “Surround-Camera” system that shows the driver nearly the entire perimeter of the exterior on the navigation screen. Premium-midsize SUV rivals included the Acura MDX, BMW X5, Buick Enclave, Lexus RX, Volkswagen Touareg, and Volvo XC90.

Only one powertrain was available in the 2008-13 LR4: a 5.0-liter V8 engine that generated 375 horsepower, mated with a six-speed automatic transmission. For 2014, a 340-horsepower supercharged V6 with an eight-speed automatic was the only powertrain.

The V8 delivers good acceleration in this weighty SUV. Land Rover claimed a 0-60 mph time of 7.5 seconds, which feels a bit optimistic to us. The six-speed automatic transmission shifts smoothly, but some testers have complained of delayed downshifts when more power was needed.

An LR4 rides comfortably in nearly any situation. Body control is generally good, but some float and wallow occur over bumps. Certain pavement imperfections can send a shudder through the cabin, but that’s not unexpected from a traditional truck-type SUV.

Steering is nicely weighted, and tires are grippy. On the road, an LR4 suffers from noticeable body lean in fast turns. Off-road, this SUV inspires confidence, as expected from a Land Rover with its long off-roading heritage. The Terrain-Response system takes out most of the guesswork. Brakes are easy to modulate and provide strong stopping control.

Land Rover’s LR4 is impressively quiet for a large, upright SUV, and noise levels inside are competitive with many premium-brand sedans. The V8 engine emits a satisfying growl during acceleration, but it fades into the background at cruise. On the highway, only hints of road and wind noise are heard.

Gauges are mostly easy to read, though some drivers might have trouble deciphering the speedometer. Most major controls use well-identified buttons and knobs that are easy to locate and reach. Some secondary controls are accessed through the available navigation system’s touchscreen. The navigation system itself is relatively simple to operate, with intuitive on-screen menus. Setting Terrain Response, hill-descent control, and other off-road gear can puzzle the uninitiated. Interior materials are of high quality, and assembly is first-rate. The ambiance is more upscale outdoorsy than uptown opulent, but LR4’s understated decor looks classy and is well suited to Land Rover’s rugged pedigree.

An LR4 offers a commanding driving position, with comfortable and upright seats. Headroom is ample. Legroom is good. Some road-testers have complained of too little seat travel and a steering wheel that sticks out too far, even when pushed in as far as it will go. Excellent visibility is aided by the available obstacle-detection and perimeter-camera systems (if installed). Step-in height is SUV-acceptable, but the raised suspension setting makes entry more challenging for some folks.

Second-row seating is comfortable, with more than adequate headroom and legroom. Three adults can fit, but they might not care for that position during a long drive. Access to the third row is complicated by the tall step-up and a narrow pass-through. Space back there is suitable only for preteens.

The tall cargo hold has ample volume with no third-row seat, and reasonably good load space with that seat installed. Both rear rows fold flat to create a spacious load floor. The clamshell-style tailgate has been the subject of debate: Some testers praised its versatility, while others insisted that it complicates loading and unloading. Numerous useful bins and cubbies are found in the cabin, and models with the Lux Package include a cooled compartment in the center console.